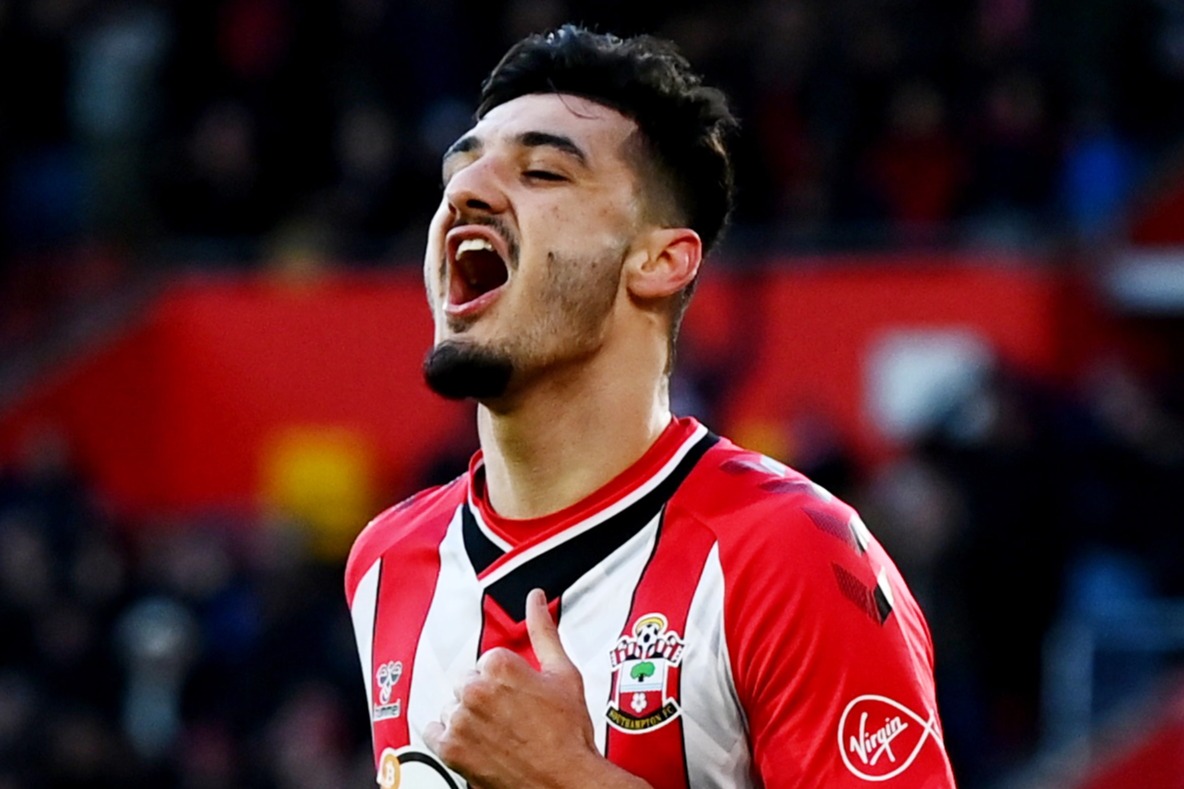 But Maupay popped up at the death with a last-gasp strike to spare Graham Potter’s blushes.

Before the late drama, it was Chelsea loanee Broja who caught the eye with his third goal in as many home appearances.

Broja, preferred to Adam Armstrong who was dropped to the bench, had the Seagulls flapping twice in the opening six minutes.

The Chelsea boy burst clear on four minutes only to see Albion goalkeeper Robert Sanchez save with his outstretched leg.

And in Southampton’s next attack Broja turned his marker only to be denied again by Sanchez’s boot as the home side flew out of the traps.

Injury hit Brighton were forced to make four  changes from the team that draw at West Ham in mid-week including club stalwart Lewis Dunk. 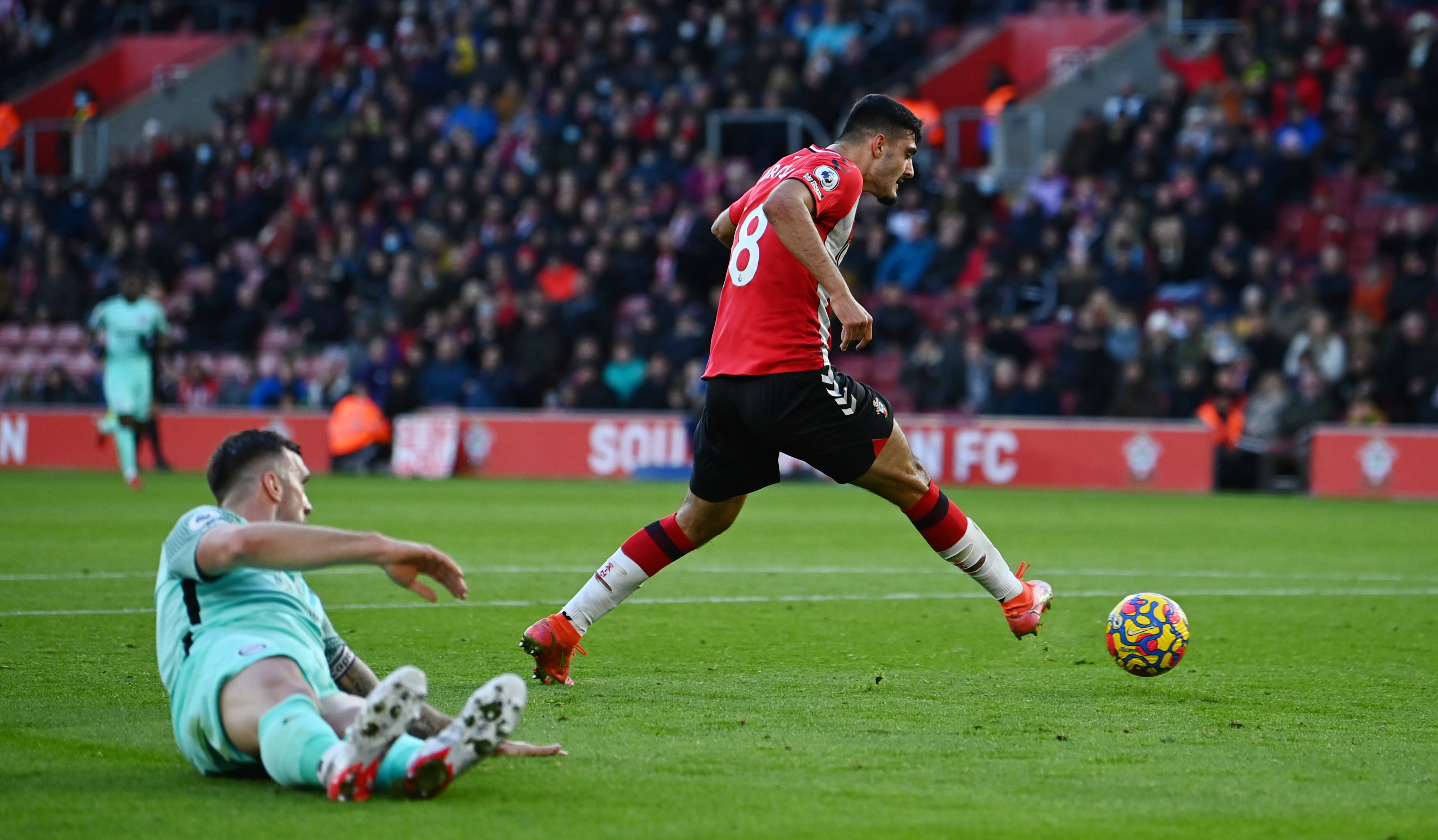 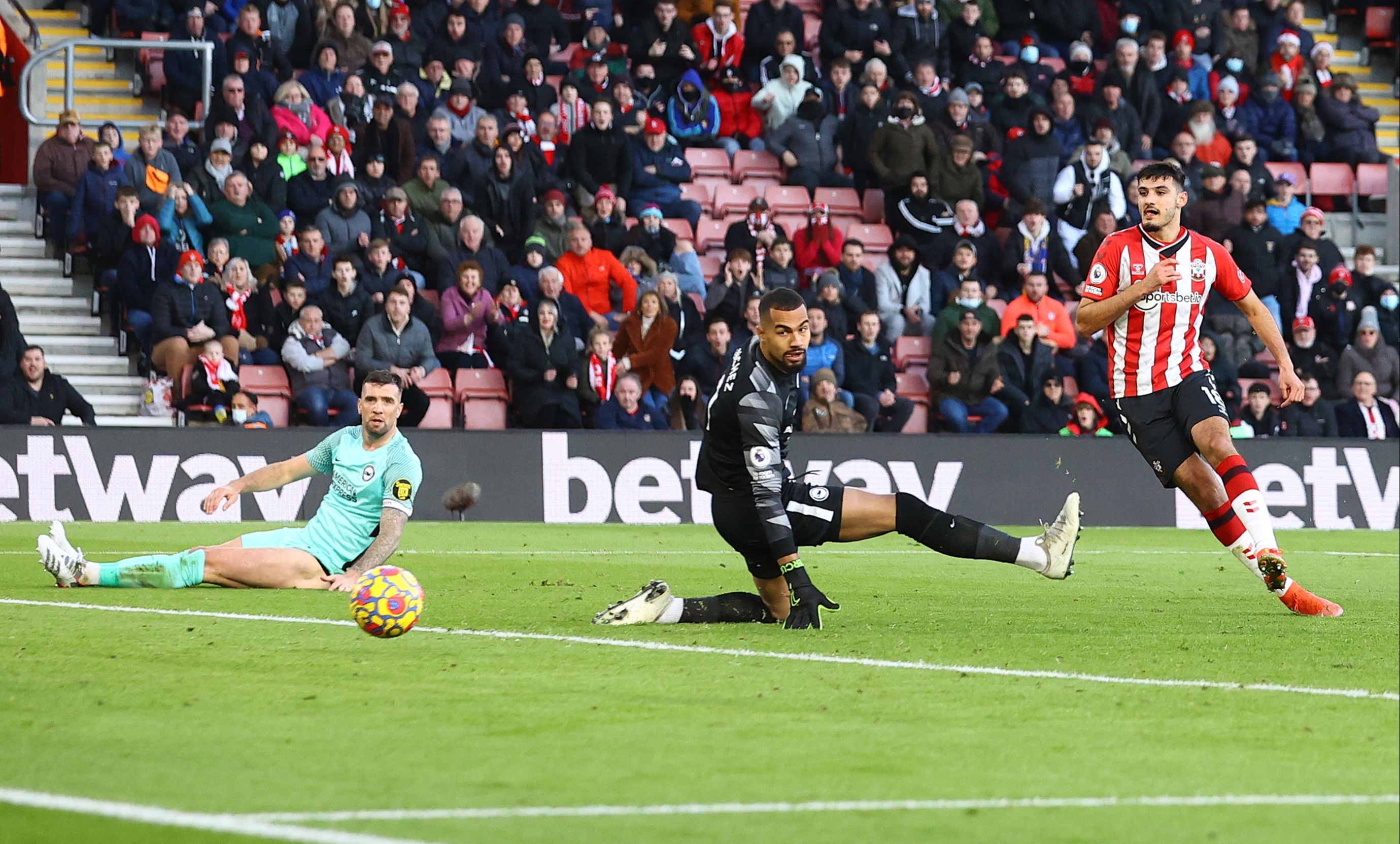 Albion recovered their composure after a nervy start and on 17 minutes Enock Mwepu struck a fierce 16yard effort which home goalkeeper Alex McCarthy pushed away.

But Broja was enjoying leading the line at home where the Saints have suffered just two defeats in their past 12 league games.

And a noisy St. Mary’s roared their approval on 29 minutes when the Albanian under-21 international coolly put them ahead.

Sanchez’s clearance was headed forward by Saints defender Lyanco for Nathan Redmond to flick a header to Broja.

The striker left Shane Duffy on the deck with some clever footwork before stroking the ball past Sanchezwith the outside of his right boot.

Broja really should have put Brighton to the sword by gobbling up a second five minutes after the break.

Redmond put Valentino Livramento clear down the right and he picked out Broja lurking all on his own in the box.

But with only Sanchez to beat the Chelsea youngster dragged his shot wide from 12 yards much to Brighton’s relief.

Three minutes later James Ward Prowse tried to catch Sanchez out with one of his astute free-kicks but the ball dipped just over the bar.

Albion, who had drawn four of their last five trips on the road, hardly challenged the home defence that had conceded eight goals in their previous three matches.

And Frenchman Neal Maupay didn’t help the cause just before the hour when he dragged Yves Bissouma’s pass wide of the target.

Brighton’s long-suffering fans were informed in the second half that they faced train delays in getting back home.

And as the message came up on the big screen they sang: “Southampton you’re s*** I wanna go home” much to the delight of the home faithful.

If they were feeling down they felt even worse on 77 minutes when Maupay spurned another glorious chance right in front of them.

This time substitute Aaron Connelly set him up close in but his low shot was cleared by McCarthy’s outstretched leg.

There was another injury scare for Brighton in the final seconds when Trossard was stretchered off with what looked like a shoulder injury after a Redmond challenge.

But Maupay was not finished yet and ended up giving the Brighton fans something to shout about when he lashed home an equaliser in the 98th minute.

And Southampton boss Ralph Hasenhuttl has now dropped more points (71) than any other managers since taking charge in 2018.