NEAL MAUPAY’S stunning overhead kick showed Brighton do have the goal-den touch as they secured a late draw at West Ham despite finishing the game with ten men.

The Seagulls had to finish the match a man down after losing three players to injury, but that didn’t stop them scrambling a draw with a moment of magic from Maupay. 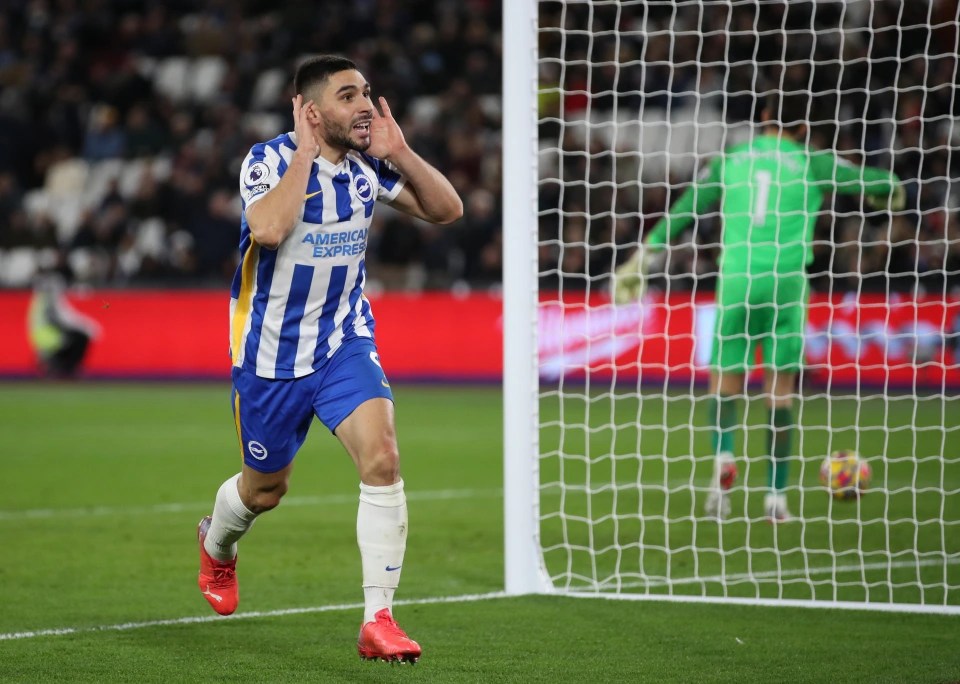 Maupay will get all the plaudits for his stunning equaliser 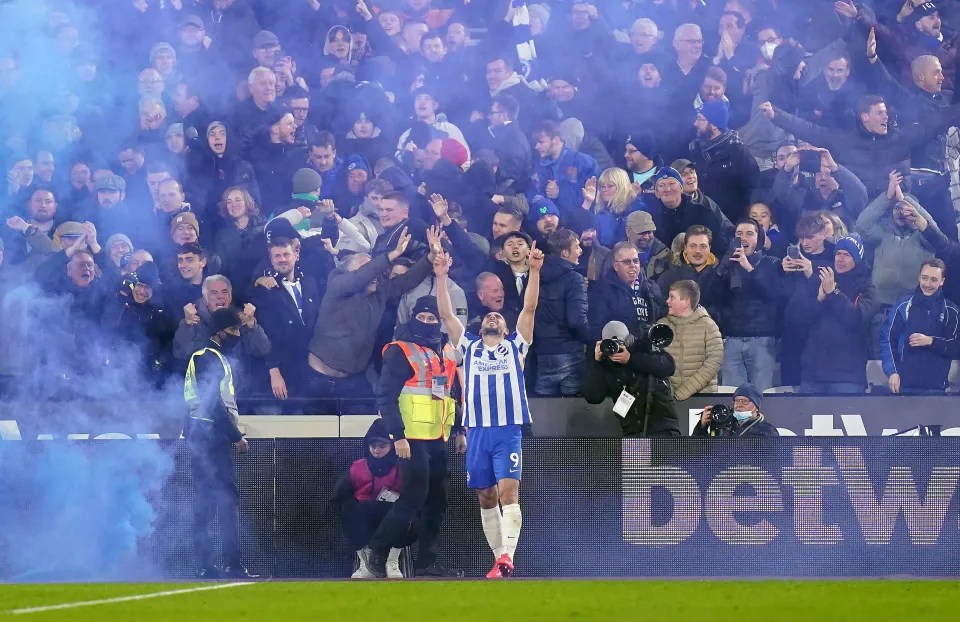 Brighton fans were delirious after the late equaliser

Graham Potter’s men had again wasted a series of good chances to score and looked to be heading for defeat after Tomas Soucek’s early header.

But just before stoppage time Maupay turned on the acrobatics to strike a brilliant overhead kick into the top corner to earn a share of the spoils.

Soucek had failed to score since the opening game of the season – forcing Moyes to defend his midfielder in the build-up to the game.

But the Czech took just five minutes to come up trumps as Pablo Fornals whipped in a viciously curling corner from the left and Soucek rose to glance on a header past the exposed Robert Sanchez in the Brighton goal.

Going behind was doubly disappointing for the Seagulls because they should really have taken the lead themselves after just two minutes only for Maupay to drag a shot wide from twelve yards.

Graham Potter’s side actually played the better football for the majority of the opening period, but it was the Hammers who came closest to scoring next. 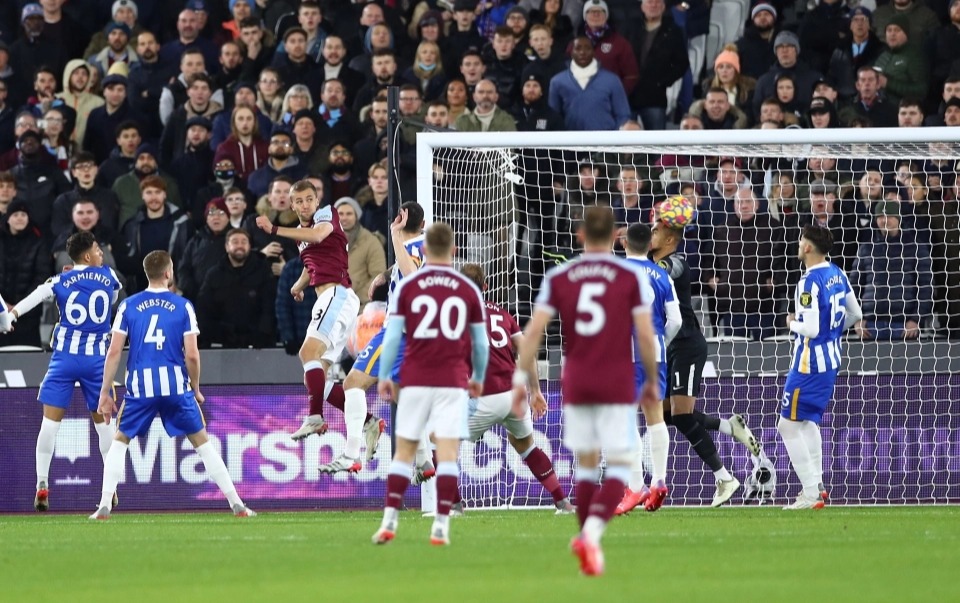 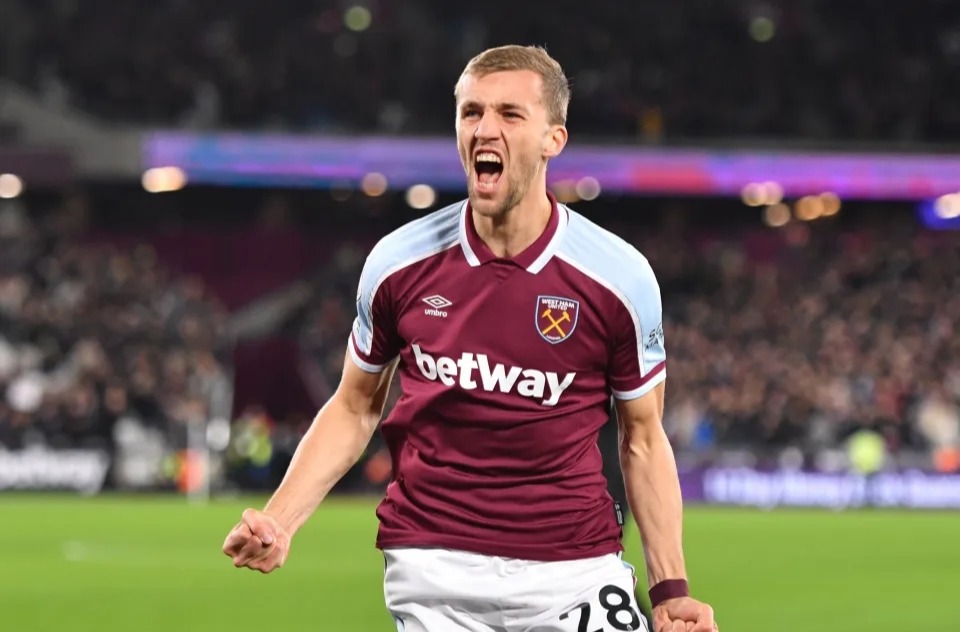 Michail Antonio peeled off at the far post to tee up Fornals, but the Spaniard’s 28th minute volley cannoned back off the underside of the crossbar.

Even losing Jeremy Sarmiento and Adam Webster to injury in the opening half hour failed to stop Brighton looking to attack at every opportunity – but yet again they were found wanting in front of goal.

Fine approach play played in Jakub Moder with just Lukasz Fabianski to beat, but the Pole saw his shot diverted wide by his fellow countryman’s bottom.

And from the resulting corner Lewis Dunk climbed for a free header, only to again send the ball wide of the upright. 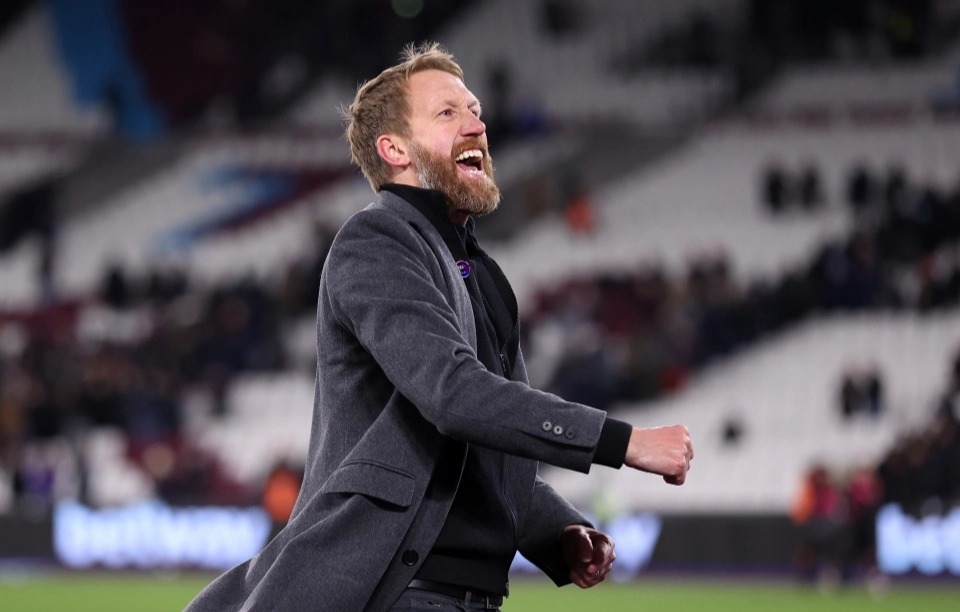 It was far from fluid stuff from the Hammers, as time and again moves broke down as a result of poor control or badly directed passes.

But they thought they had doubled their lead three minutes into the second half when Antonio touched home from close range after Sanchez had made a complete mess of trying to punch clear a corner.

It was the scrappiest of goals which saw the ball cannon off Craig Dawson and Brighton defender Shane Duffy, but after three minutes of deciding, VAR ruled Antonio was offside as he got the faintest of touches.

Bowen then fired an effort inches wide of the post as West Ham broke on the counter attack, before yet more poor finishing cost the visitors.

Adam Lallana had the goal at his mercy unmarked just inside the box, but the former England man was the latest to fail to hit the target.

Declan Rice showed Lallana how it is done with a stinging drive ten minutes from time, but saw Sanchez plunge to his left to beat the ball away one handed.

Lallana then limped off for the final ten minutes and the game looked up for Brighton – but from nowhere sub Tariq Lamptey slung in a hopeful cross and Maupay did the business for his side. 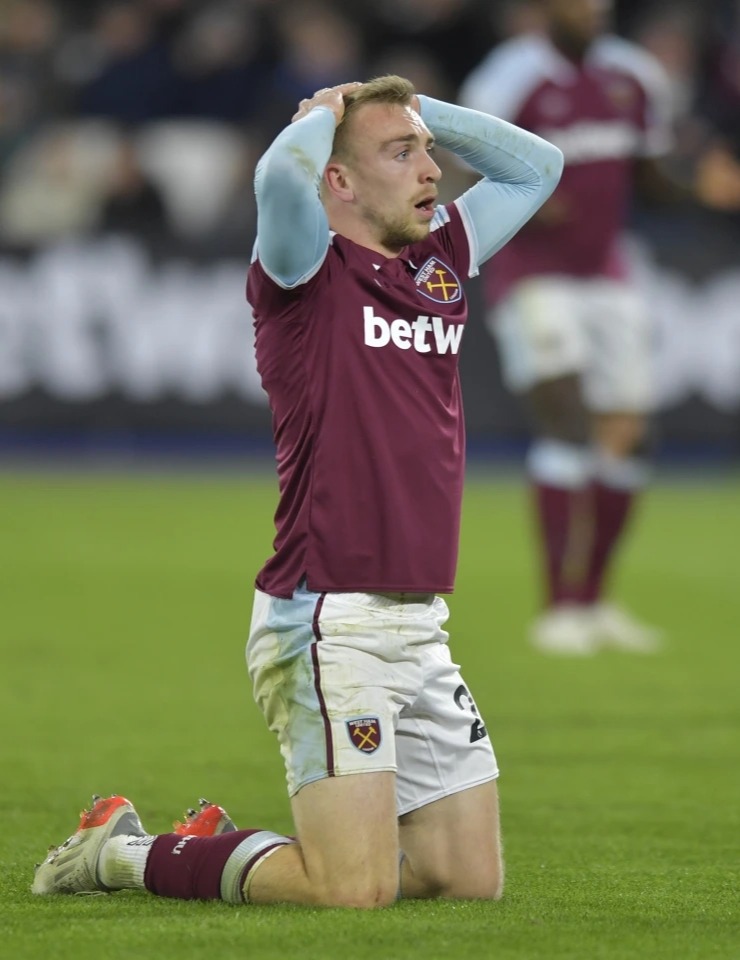 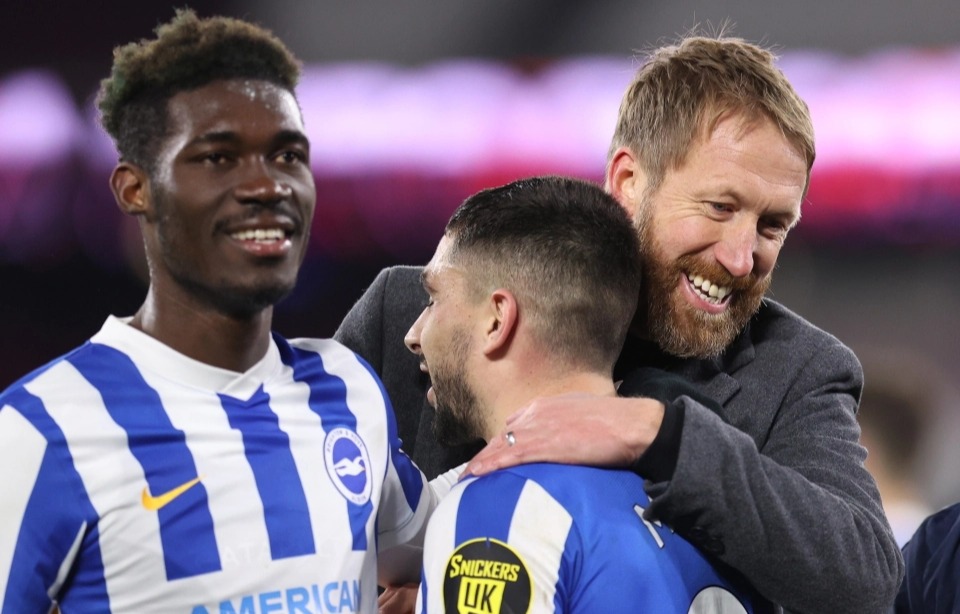 Brighton boss Potter congratulates the hero of the night Maupay 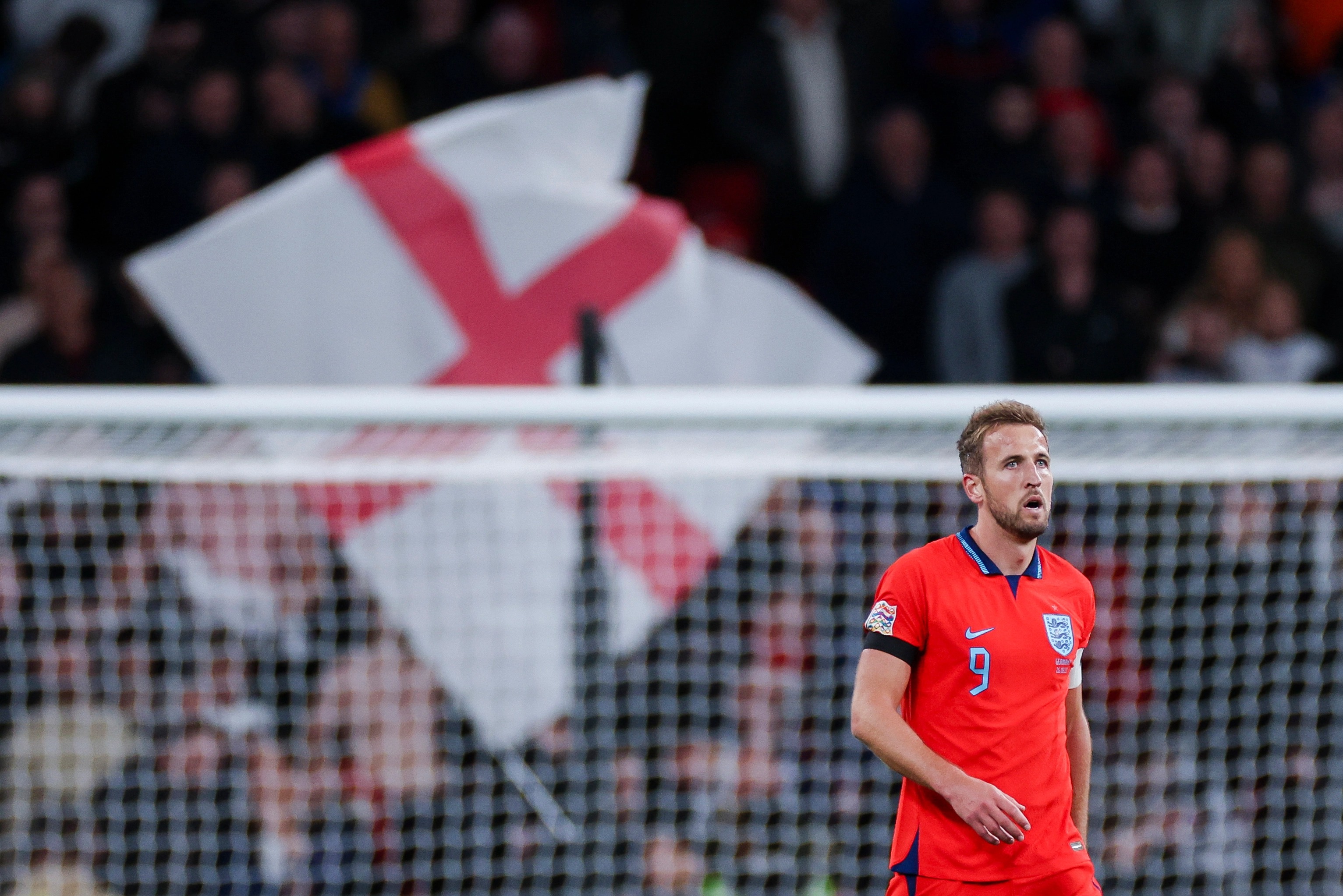