MARTIN BRAITHWAITE is among four Barcelona players fighting for their futures at the club, according to reports.

And they are all at risk of being flogged in January as the club look to make further cost-cutting measures. 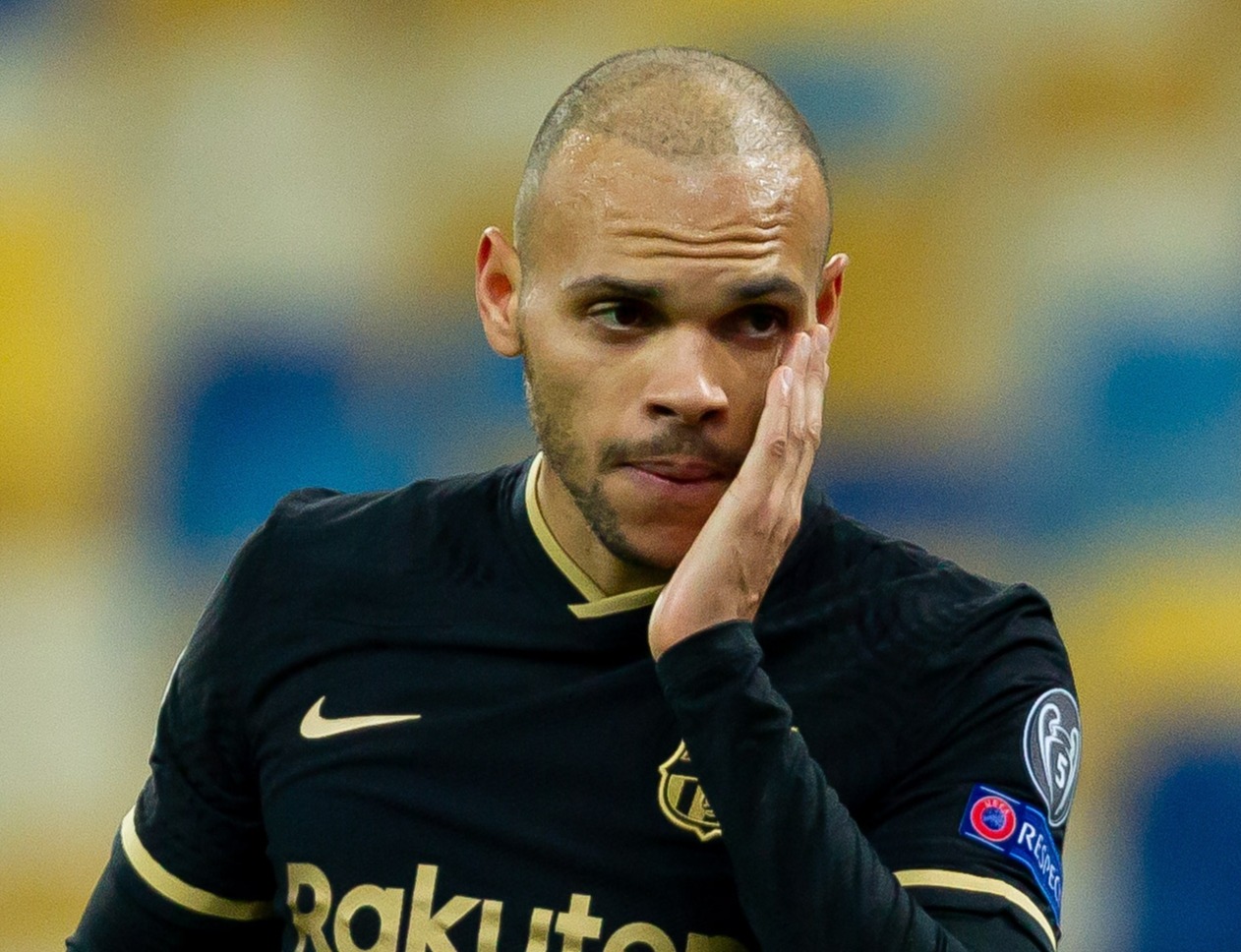 Martin Braithwaite is at risk of being sold less than 12 months after signing for BarcelonaCredit: Getty Images – Getty

According to Marca, Braithwaite, Junior Firpo, Carles Alena and Riqui Puig must all impress in the coming weeks with eight fixtures before the end of the year.

Or they will find themselves in the shop window when the market reopens on January 1.

Barcelona are in desperate need to slash costs amid spiralling debts as a result of the coronavirus pandemic.

Lionel Messi, the rest of the players and manager Ronald Koeman did agree a pay cut last week.

Braithwaite, 29, arrived in an emergency £15m deal in February due to an injury crisis but is not seen as a long-term solution.

It took him 14 appearances for club and country to get his first goals of the season, scoring twice in the 4-0 win over Dynamo Kiev last week before hitting his first LaLiga strike of the campaign against Osasuna on Sunday. 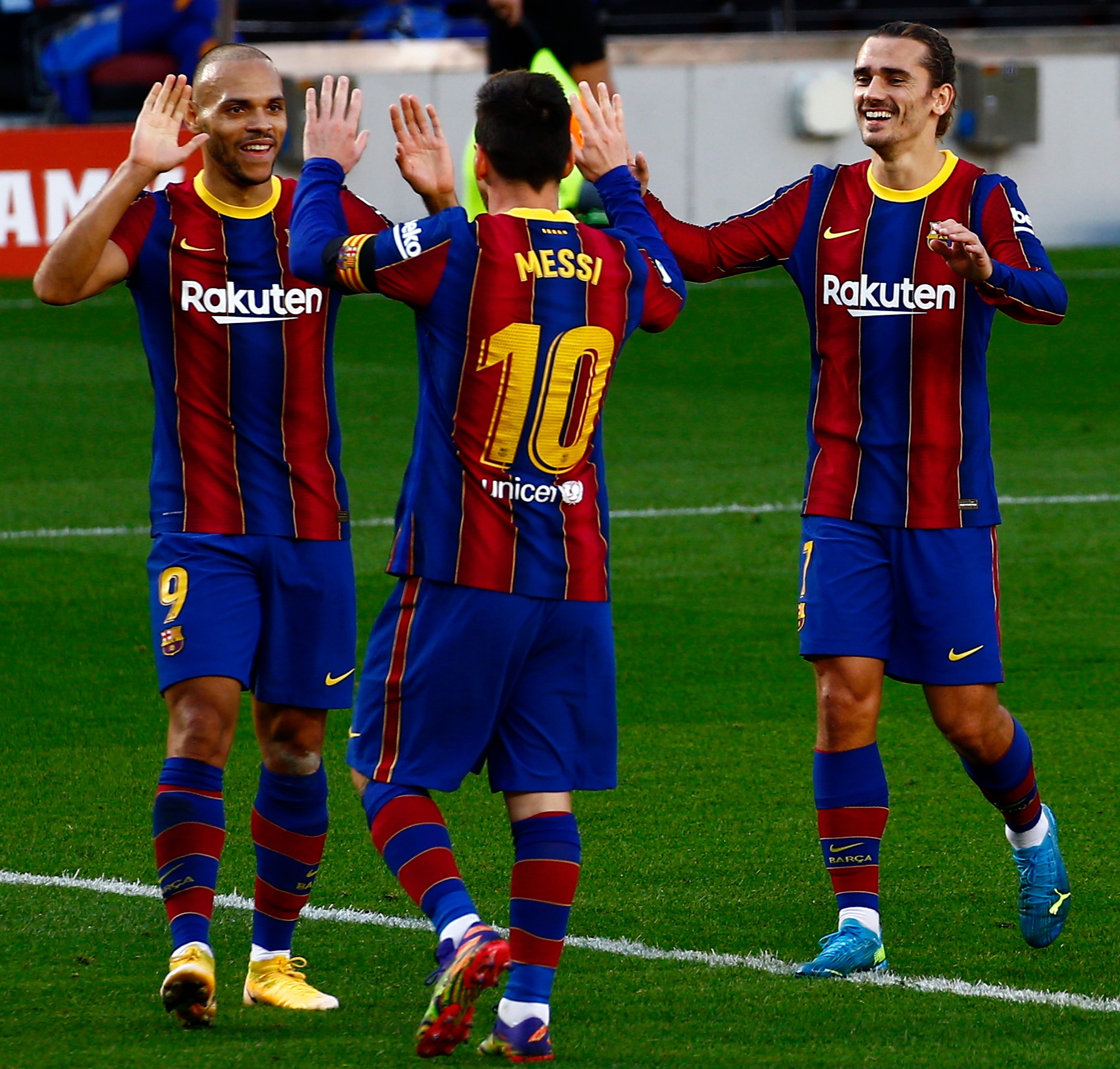 Braithwaite scored his first LaLiga goal of the season in the weekend win over OsasunaCredit: AP:Associated Press

Firpo, 24, was signed from Real Betis a year ago but has struggled to dislodge Jordi Alba in the side.

But they have struggled to get their chances this season with Barcelona enduring a poor start to life under Koeman.

That led to reports linking Puig – who has an £88m release clause – with a January switch to Leeds on loan.