The Brazilian, 28, scored his side’s second from the penalty spot, adding to Mauro Icardi’s first-half strike, to make it 2-0. 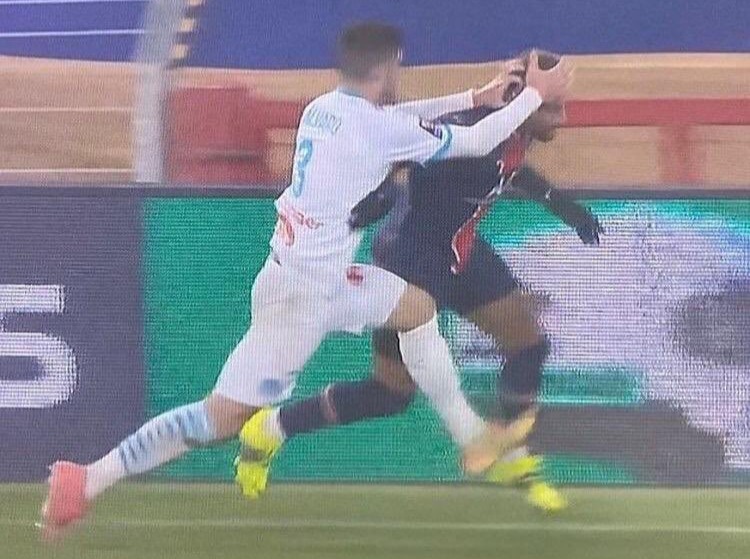 Neymar and Alvaro Gonzalez continued their feud on Wednesday night 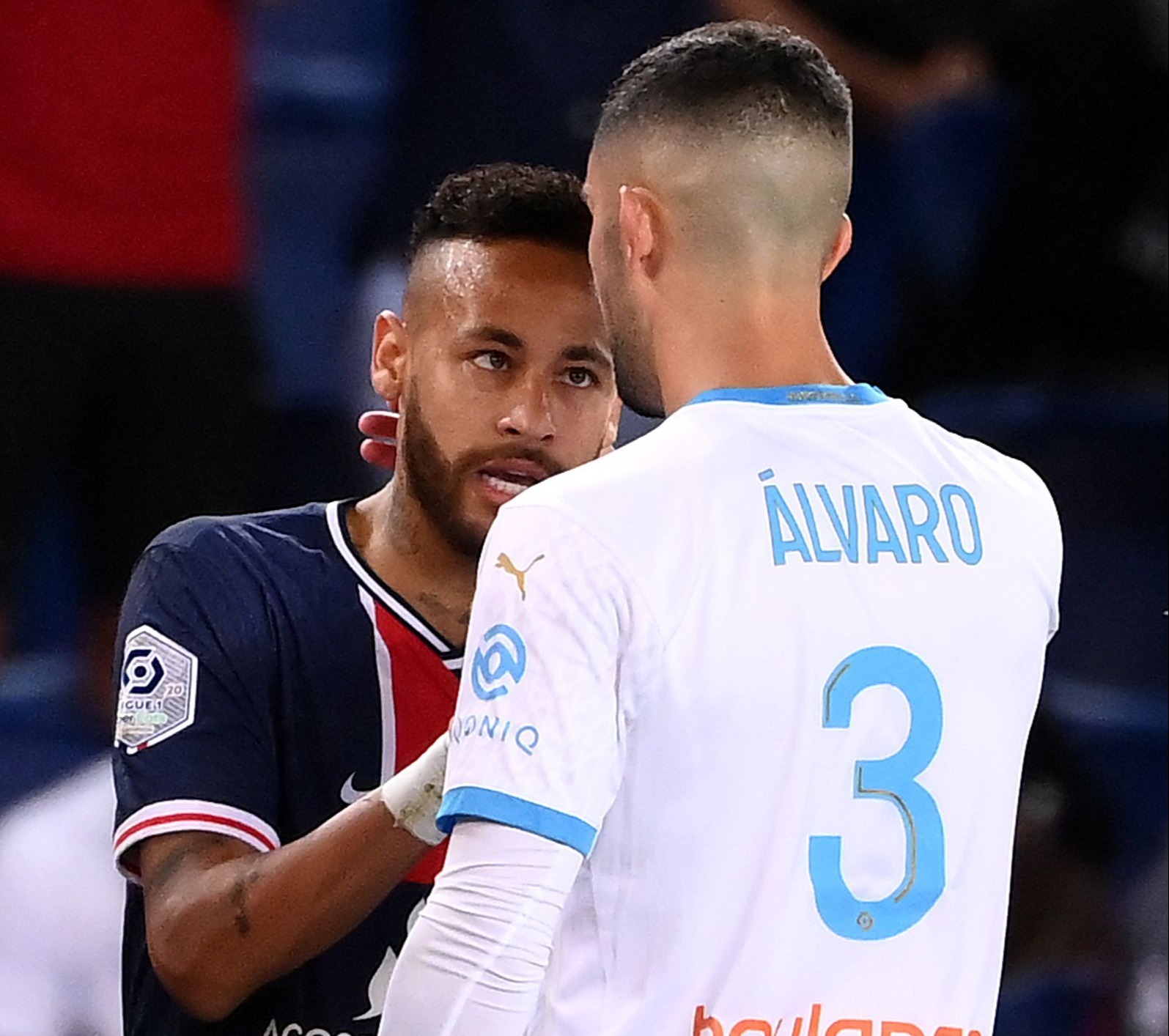 The pair infamously came to blows in a heated Ligue 1 clash in SeptemberCredit: AFP or licensors

Dimitri Payet scored in the 89th minute to make things interesting, but Mauricio Pochettino ultimately got his hands on his first ever trophy on Wednesday.

However, it was all eyes on Neymar and Gonzalez as the pair restarted their blazing feud.

In September, the pair came to blows in a feisty Ligue 1 clash – won 1-0 by Marseille.

No fewer than FIVE players saw red – including Neymar – after the Brazilian struck Gonzalez on the back of his head.

Neymar claimed Gonzalez had racially abused him, alleging the Spaniard called him a ‘monkey son of a b****’.

After the match, the PSG star doubled down on his accusation and tweeted: “The only regret I have is not hitting this a***hole in the face.”

In another twist, Neymar was later accused of hurling a homophobic slur towards Gonzalez.

The French Football Federation later cleared both after an investigation. 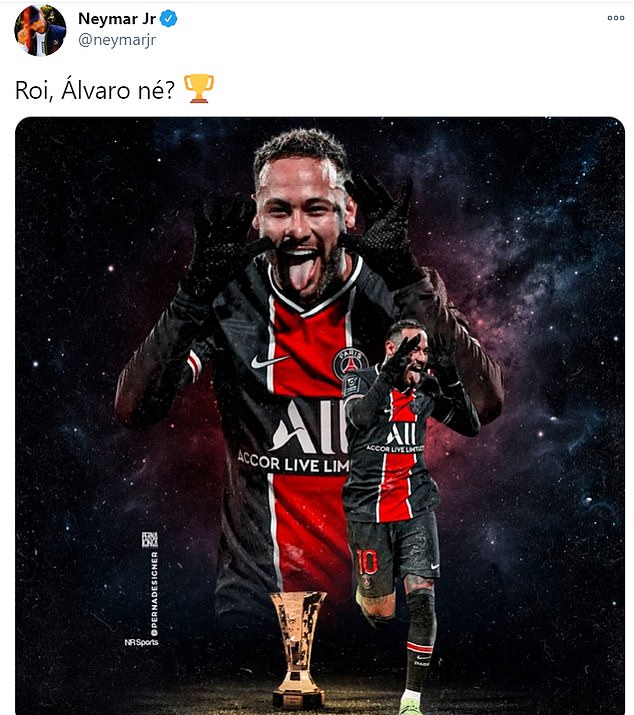 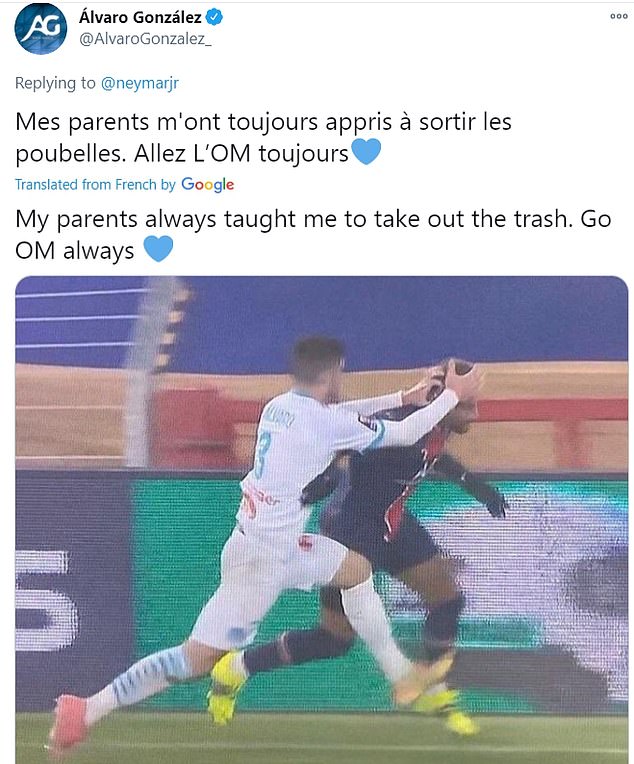 Gonzalez hit back at Neymar, calling him ‘trash’

The Marseille defender later added: “Neymar told me he won in one day what I earn in a year, and it’s true.

“I told him I was very happy with my salary.

“Neymar’s whole game that day was unfortunate, full of provocations.”

And on Wednesday night, the pair couldn’t resist starting round two of their spat.

During the game, Gonzalez was seen grabbing Neymar by the head as he raced down the wing.

After lifting the trophy, Neymar tweeted a boastful image – even mentioning Gonzalez by name. 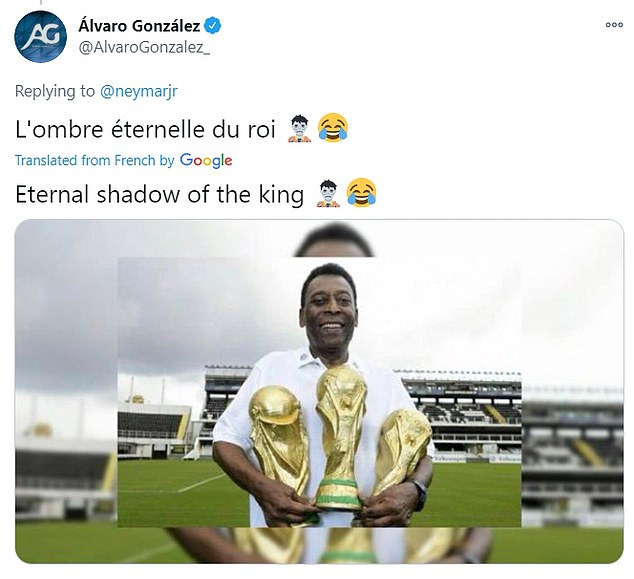 Gonzalez claimed Neymar will forever live in the shadow of Pele

Neymar had the last laugh, claiming he made Gonzalez famous

The Spaniard hit back hard though sharing a picture of himself grabbing Neymar’s head, captioned: “My parents always taught me to take out the trash. Go OM (Olympique Marseille) always.”

Neymar lashed out, replying, ‘And he forgot to win TITLES’, complete with five cry-laughing emojis.

He captioned the jibe: “Eternal shadow of the King.”

Neymar had the final say, claiming: “I made you famous. You’re welcome.”

PSG next face Marseille in a matter of weeks, with Gonzalez’s side hosting Neymar and Co on February 7 in Ligue 1.