OLE GUNNAR SOLSKJAER may have struggled as Manchester United first team boss, but in 2010 he led their reserves to a league title.

The Norwegian failed to land a trophy with the senior side, the closest being a Europa League runner-up in 2021. 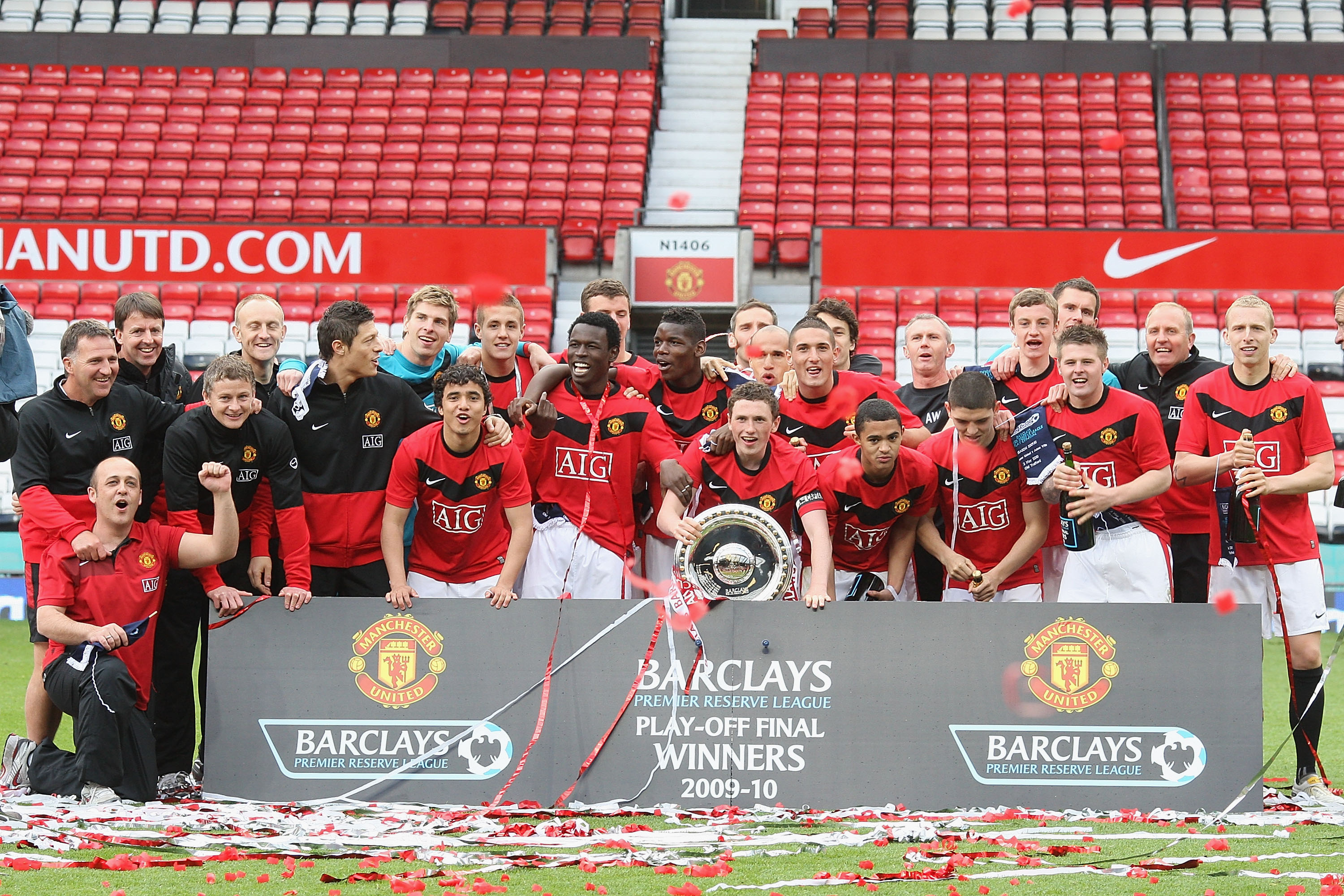 But in May 2010, Northern winners United took on their Southern counterparts Aston Villa at Old Trafford in the final of the Premier Reserve League.

And after a dramatic 3-3 draw, the clash went to penalties.

Ben Foster was the hero as he scored his spot-kick and saved two.

But what has happened to the United players since that night?

Kept behind Edwin van der Sar, Foster struggled for first-team opportunities at Old Trafford – managing just 23 in his five years at the club.

He left for Birmingham and won the League Cup in 2011 before a long stint at West Brom .

Foster later joined Watford in 2018 and is now entertaining fans with his Cycling GK YouTube channel as well.

The Brazilian arguably had the best Man Utd career out of the starting XI after signing alongside his twin Fabio aged 16.

They had to wait until they turned 18 to play but Rafael made his mark after that, making 170 appearances and winning three Premier Leagues before leaving in 2015 for five years at Lyon.

He was with Istanbul Basaksehir played in their win over Solskjaer’s United last season before a move to Botafogo.

Right-back De Laet signed from Stoke in 2009 but only appeared six times under Ferguson and was shipped out on loan to Sheffield United, Preston, Portsmouth and Norwich.

He signed permanently for Leicester in 2012 and had the bizarre honour of winning both the Premier League and promotion from the Championship – while on loan at Middlesbrough – in 2015-16.

De Laet later turned into a lethal centre-forward at Melbourne City before heading to Royal Antwerp in his native Belgium.

Evans’ United time was overshadowed by his older brother Jonny’s as he failed to make a senior appearance.

But he has enjoyed a decent career, nonetheless, operating either at centre-back or in midfield for Hull, Blackburn and now Sunderland – and notching up 69 Northern Ireland caps.

Son of former Man Utd chief David, Gill looked to have a promising career ahead of him – especially when he was named on the bench for a Champions League clash in December 2009.

But despite winning the Denzil Haroun Reserve Player of the Year award in 2011, the defender left the club immediately afterwards to study Economics at Durham University.

There were high hopes for Dudgeon who made his Under-18s United debut aged 15 and got a squad number in 2009-10.

The left-back, still only 30, struggled with injuries and after four years at Hull retired in 2015 and is now working with Manchester City and Northern Ireland’s U17s as assistant manager. 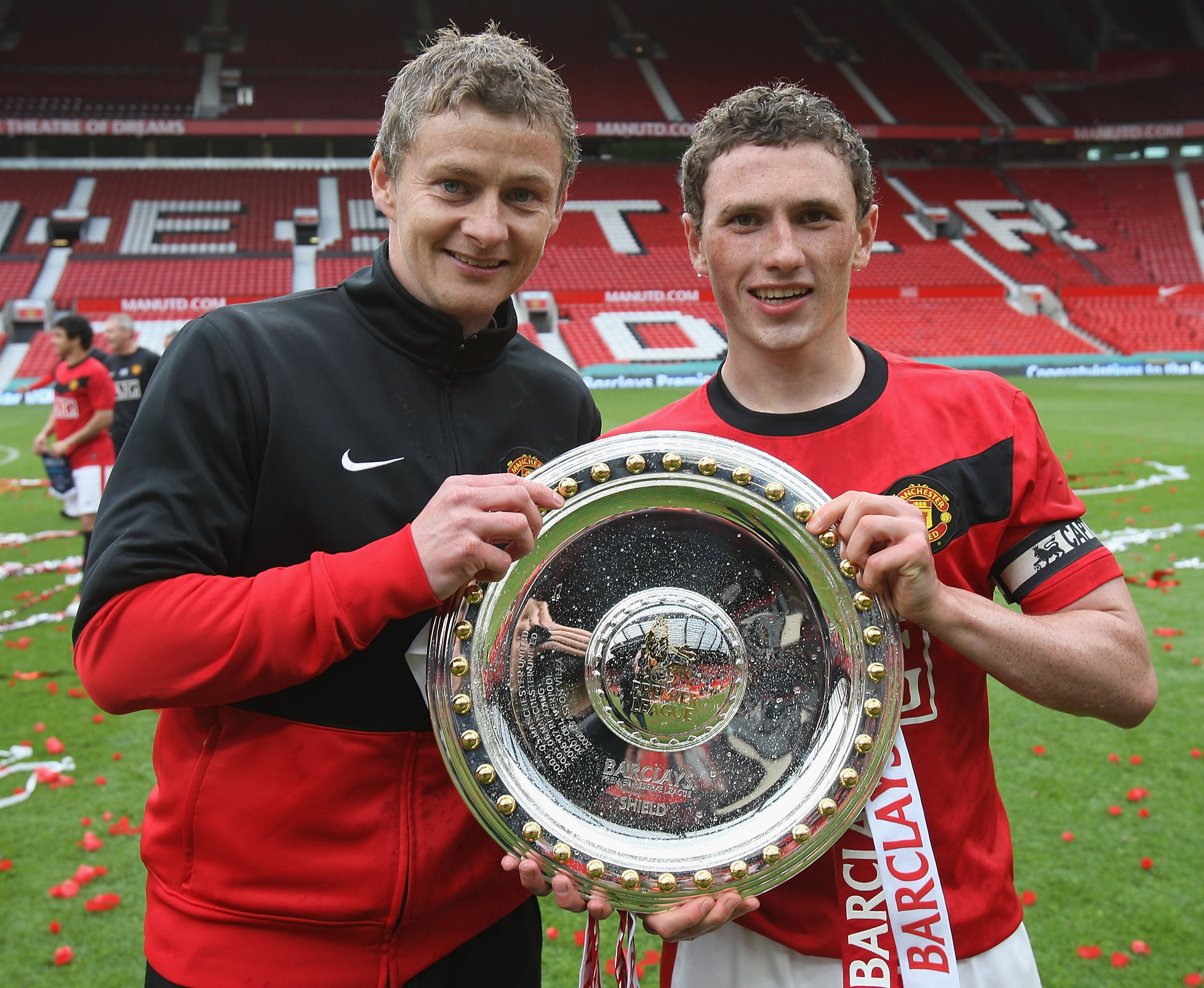 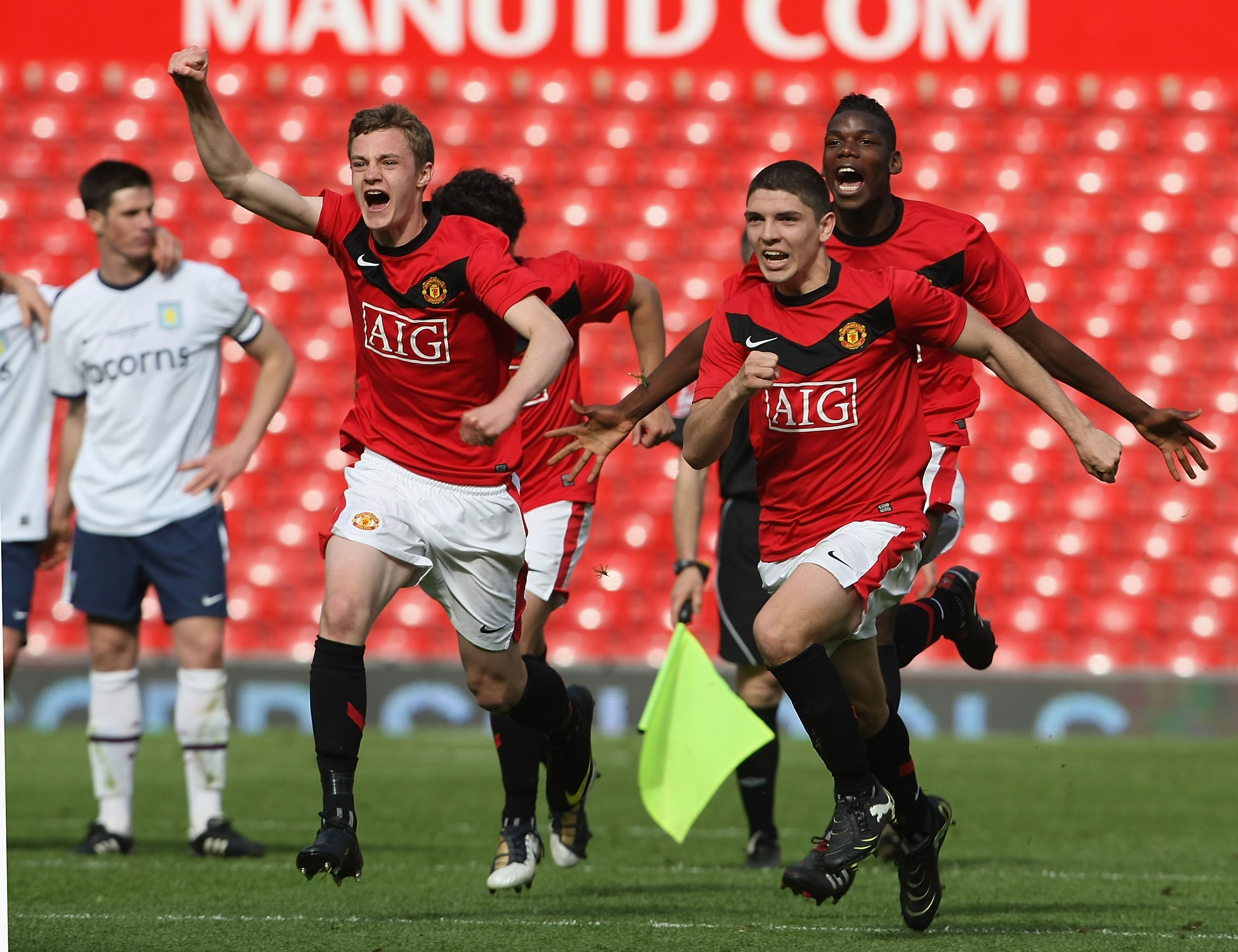 Possebon was brought over from Brazil in 2008 and made eight appearances in his first season, including coming on for Cristiano Ronaldo for an FA Cup debut.

He went on loan to Braga for the first half of 2009-10 but came back to win the Reserves title before a journeyman career in his country of birth.

A few weeks in Vietnam with Ho Chi Min City didn’t work out and he was last seen as director of football at Ferroviaria in Brazil’s fourth tier, before leaving last year.

Norwood joined United’s academy aged seven but, like many, did not get a first-team appearance and was sent out on loan.

He then had two years at Huddersfield and another two at Reading before signing for Brighton, where he won promotion to the Premier League.

The midfielder then did the same at Fulham and Sheffield United on loan before joining the Blades permanently.

It is a similar tale for Stewart who showed plenty of promise but ultimately never reached the holy grail of the first team – instead joining Yeovil and Hull on loan.

The latter signed him in 2011 but he was never a regular and shipped out time and time again the same happened at Ipswich – he was released by Lincoln in 2018 and appears to be back at Ipswich coaching their youth side.

Diouf scored twice for Solskjaer in that victory over Villa 11 years ago, including an 88th-minute equaliser to rescue the game and send it to penalties.

He scored his solo first-team goal on his debut after replacing Wayne Rooney in January 2010 and flipped in front of the Stretford End.

But that was as good as it got for the forward who went to Hannover and Stoke and is now with Hatayspor in Turkey. 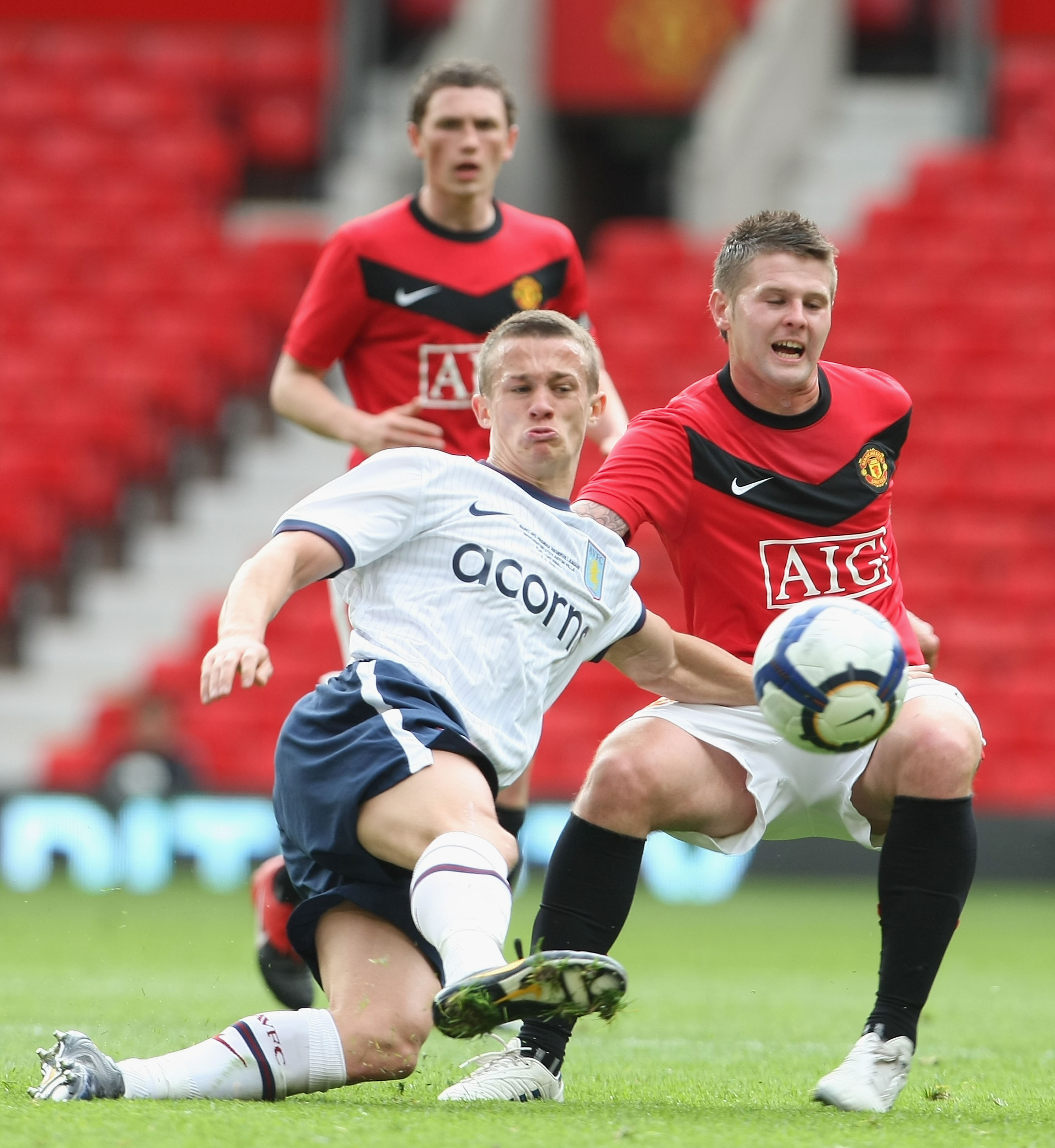 Oliver Norwood operated in the centre of midfield, just as he does for Sheffield United nowCredit: Getty – Contributor 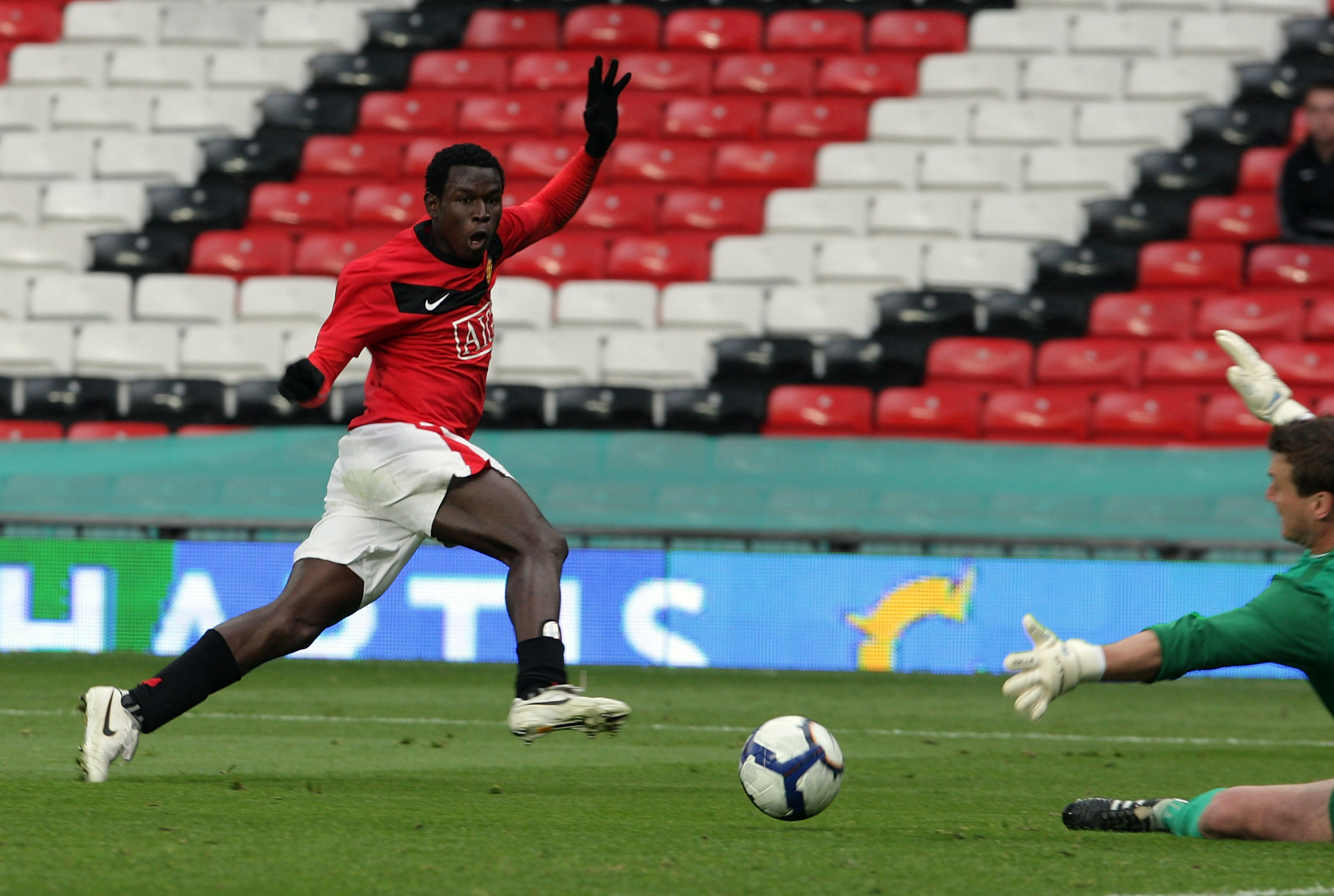 Mame Biram Diouf slots in his first equaliser of the game to make it 1-1 just before half-timeCredit: Getty Images – Getty

The Italian striker scored United’s equaliser from the penalty spot to make it 2-2 at Old Trafford and then dispatched from 12 yards in the shootout.

But his famous moment at Old Trafford came a year earlier – against the same opponents – with his dramatic injury-time winner before six loans in four years and joining Cardiff in 2014.

He’s now with Panathinaikos in Greece.

The former PSG winger came on for Stewart 11 minutes into the second half but lasted 19 minutes before William Keane came on in his place.

Obertan made 28 first-team appearances between 2009 and 2011 when he signed for Newcastle.

After his five years at St James’ he has had stints in Russia, Wigan, Bulgaria and Turkey with Erzurumspor.

Is now with USL Championship side Charlotte Interdependence.

Another man who played at United alongside his twin brother, with Michael Keane now at Everton, striker Will missed his spot-kick.

The striker managed three first-team matches, two of which came under Louis van Gaal in 2015-16 but signed for Hull in 2016 and is now at Wigan in League One, where he has scored 36 goals in 80 games.

The French midfielder came on with four minutes to go but little did we know what would happen to him after that.

Ferguson let Pogba go to Juventus in 2012 but four years later, United paid £89m to bring him back to Old Trafford and the pantomime drama has continued since – some good, some bad, some ugly.

It appears his time with United is up for a second time, with his contract soon to expire and no new deal yet agreed.

One of the two unused subs at Old Trafford, Wootton had joined from rivals Liverpool.

But after six years, a Champions League appearance and a series of loans, he joined another of the Red Devils’ rivals, Leeds, then Plymouth, Morecambe and now Wellington Phoenix in the A-League.

Zieler enjoyed a successful spell with Hannover in his homeland before a brief, underwhelming stint at Leicester in 2016-17.

But his career highlight was being part of the 2014 World Cup-winning Germany squad. Still with Hannover 96. 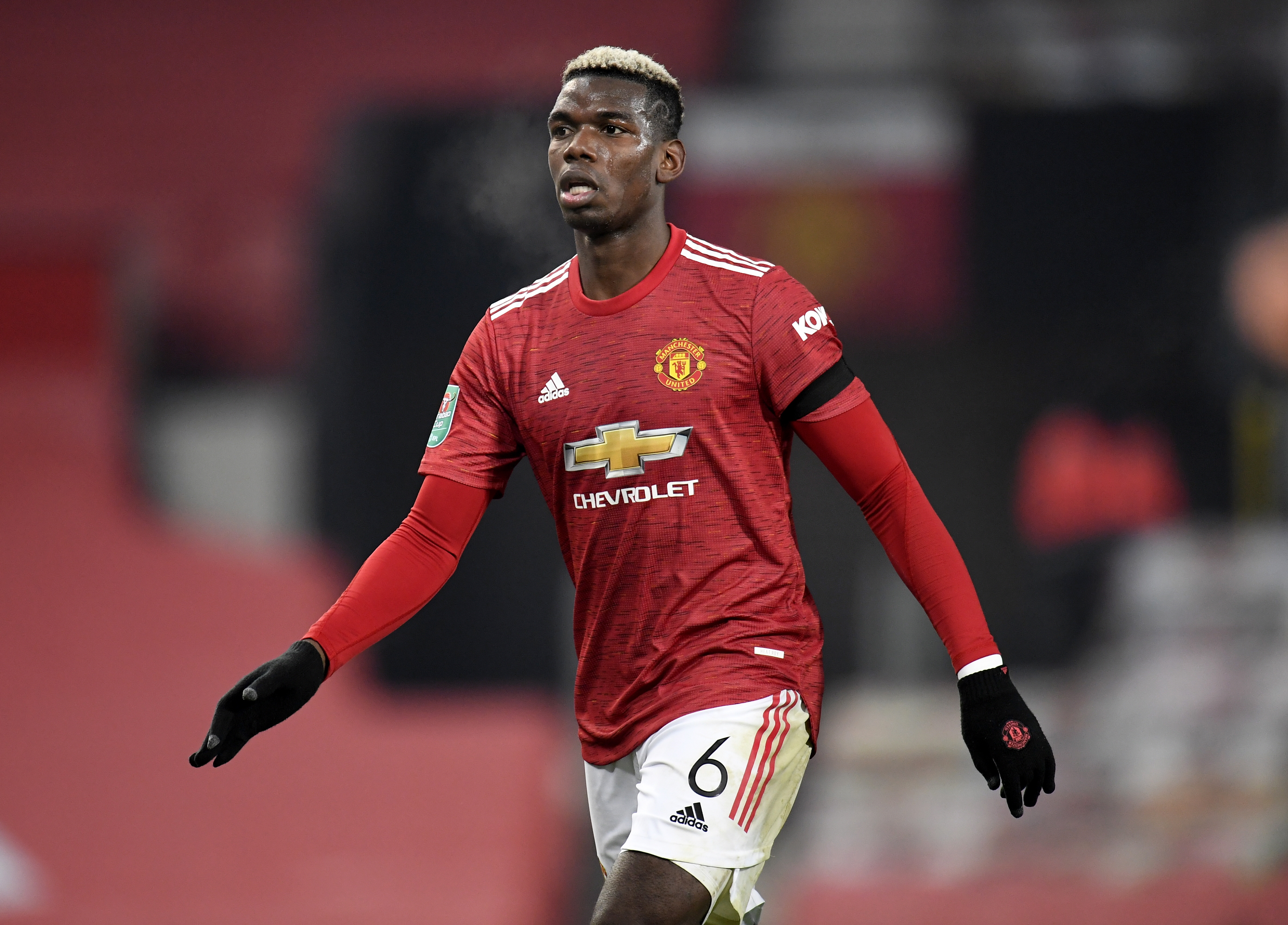 Pogba is the only one still at Old Trafford but did spend four years away at JuventusCredit: EPA 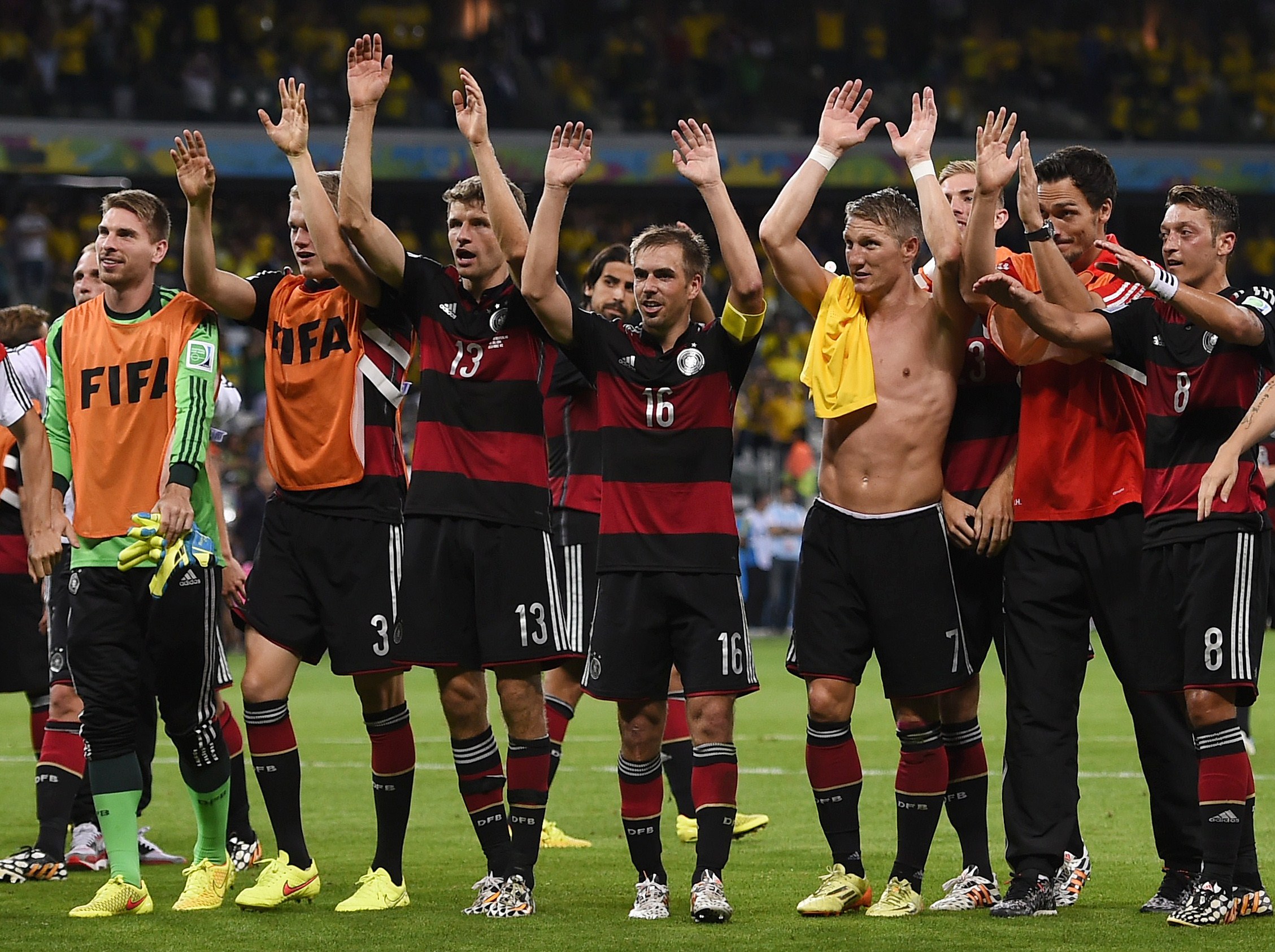