ERIK TEN HAG famously previously lived above a supermarket in Amsterdam, but the only shelf he stacked was his club’s trophy cabinet.

The ex-Ajax boss, 52, has now officially started work as Manchester United’s manager – signing a three-year deal with the club.

The Dutch tactician is now in the Old Trafford hot-seat and is expected to be handed a £200million war chest to improve the fortunes of the Red Devils – although he is still waiting for his first signing.

The quiet thinker had a 13-year playing career in Holland, before he revived the glory days at Ajax with a vibrant young team.

In 2019, with a side that featured homegrown talents like Frenkie de Jong, Matthijs de Ligt, Donny van de Beek and Hakim Ziyech, he reached a Champions League semi-final.

Ten Hag, a keen golfer with a high-pitched voice, worked wonders given Ajax had not even competed in the knockout stages since 2005-06.

Having already surpassed par, Ten Hag is becoming a Master. That’s why he was United’s hierarchy’s first choice.

On the wall of his modest office at the club’s De Toekomst training ground hang photos of Johan Cruyff, Rinus Michels and Louis van Gaal.

In an era when Ajax are surrounded by financially beefed up opponents, he has ensured the club have stayed competitive. This season, they were narrowly beaten by Benfica over two legs to exit the Champions League in the Round of 16 stage.

So how has the former centre-back from a rural town in Twente transformed their fortunes?

Ten Hag’s education in coaching goes some way to explain.

In 2013, having spent his entire career in Holland, he moved abroad to work with the master of management.

At Bayern Munich, Ten Hag cut his coaching teeth with the reserves while watching closely as Pep Guardiola revolutionised the German giants’ style.

“Every day I get to work with him, I look forward to it. He inspires me,” he gushed. 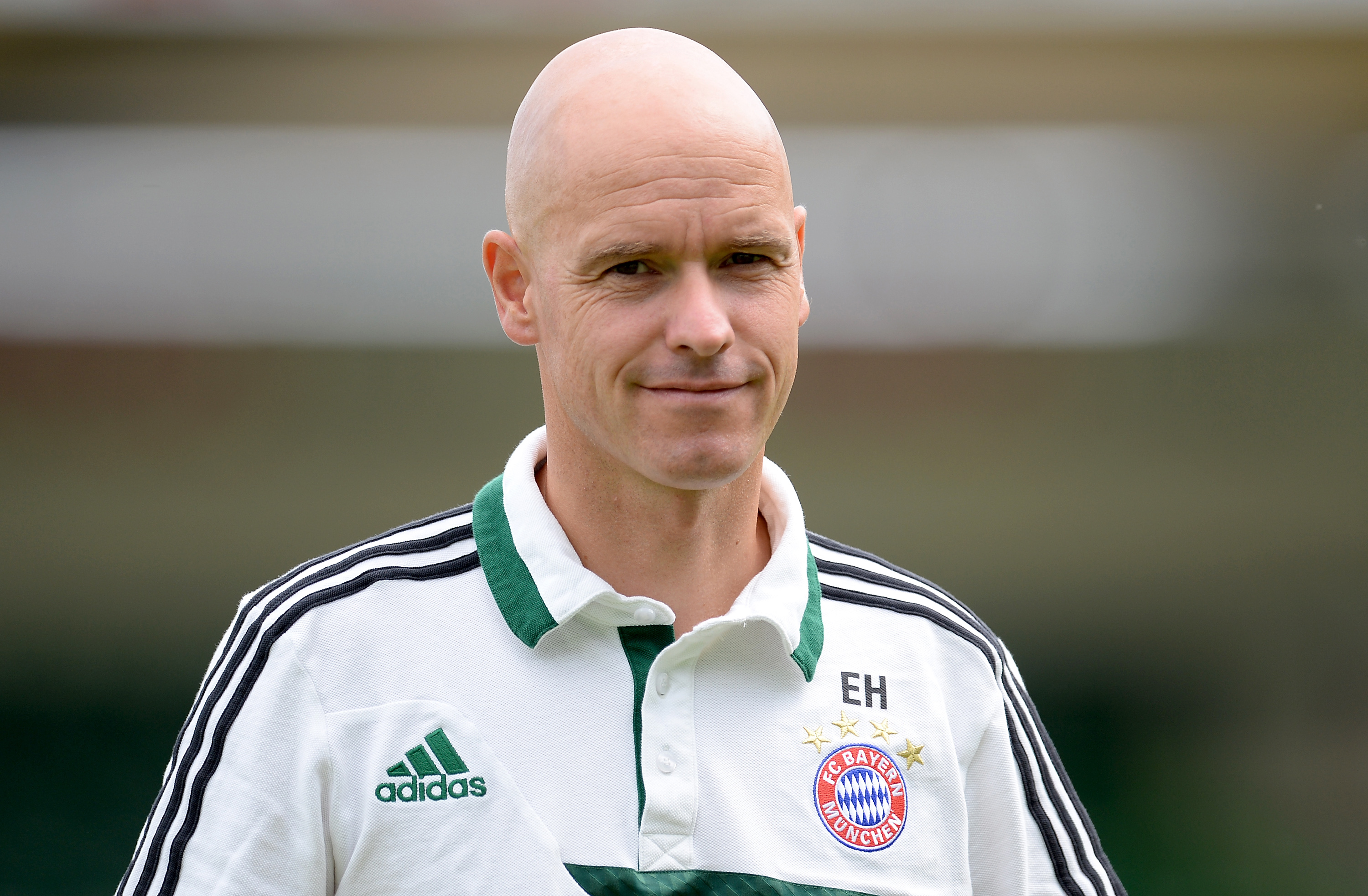 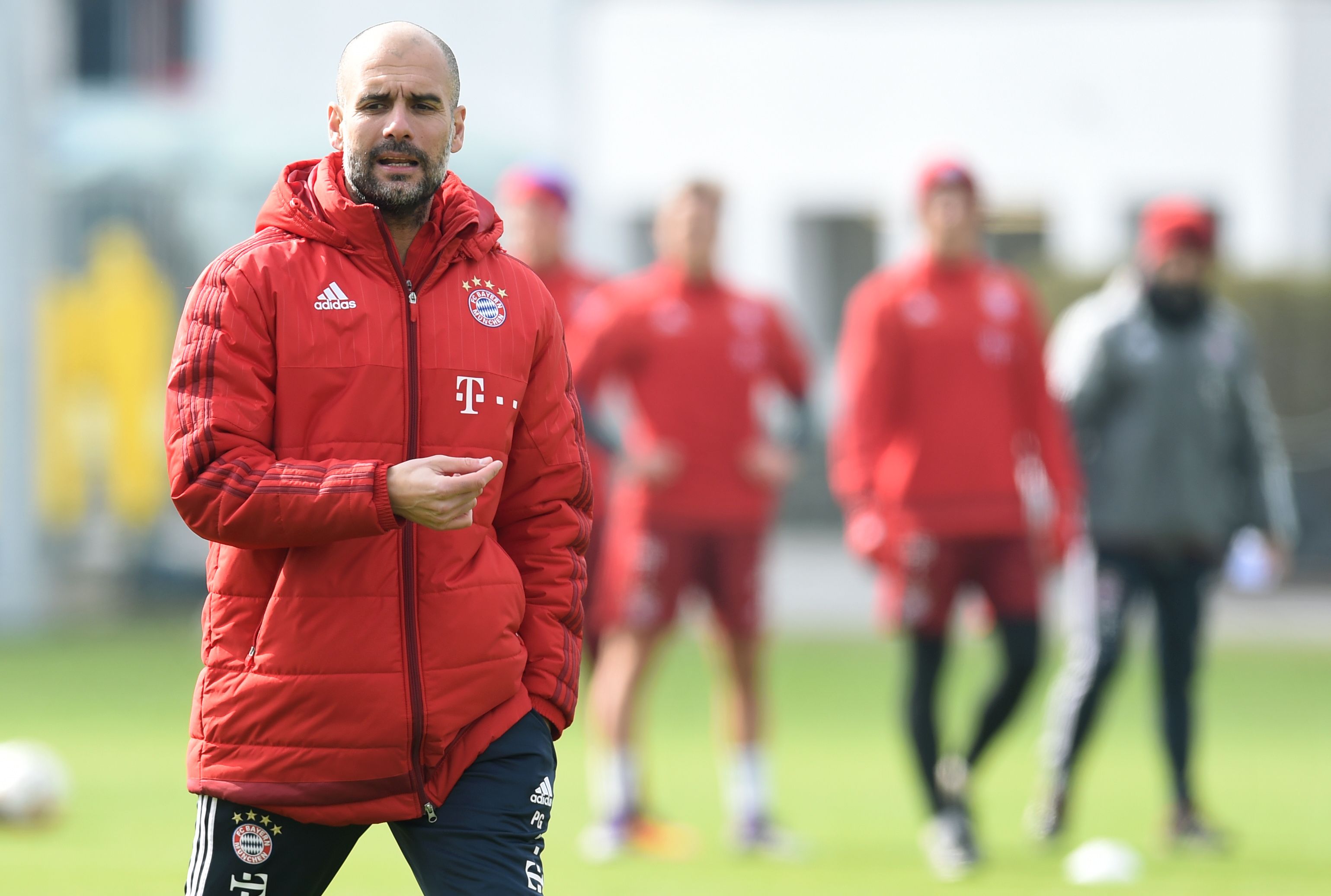 Ten Hag is a disciple of Guardiola with his focus on attacking and attractive footballCredit: AFP or licensors

And his approach to training shows Ten Hag is a disciple of Guardiola, such is the obsession with detail.

He has a particular focus on the character of a player.

Ten Hag will note down how each individual responds to minor errors, losing the ball or committing a foul, and works out the mentality of his team to suit their opponent.

Before being appointed at Ajax in 2017, these skills helped him guide Utrecht into the Europa League.

Ten Hag suited Ajax due to his ability to nurture young talent into stars.

Ten Hag played a key role in the development of players like Memphis Depay, at PSV, and Marko Arnautovic, at FC Twente.

He transformed Depay from a central midfielder to a wide position, with the coach’s focus constantly on attacking and attractive football.

Yet, Ten Hag is also able to identify what his team needs.

Both were brought in 2018 by Ten Hag to redress the team’s inexperience.

The Dutchman has spoken of his lofty ambitions to manage a bigger club.

And with Ajax now firmly established back as one of Europe’s big guns under Ten Hag, felt his work at the club was done.

Now, the challenge of the Premier League awaits. Can he succeed where other Dutch coaches have failed? Time will tell. 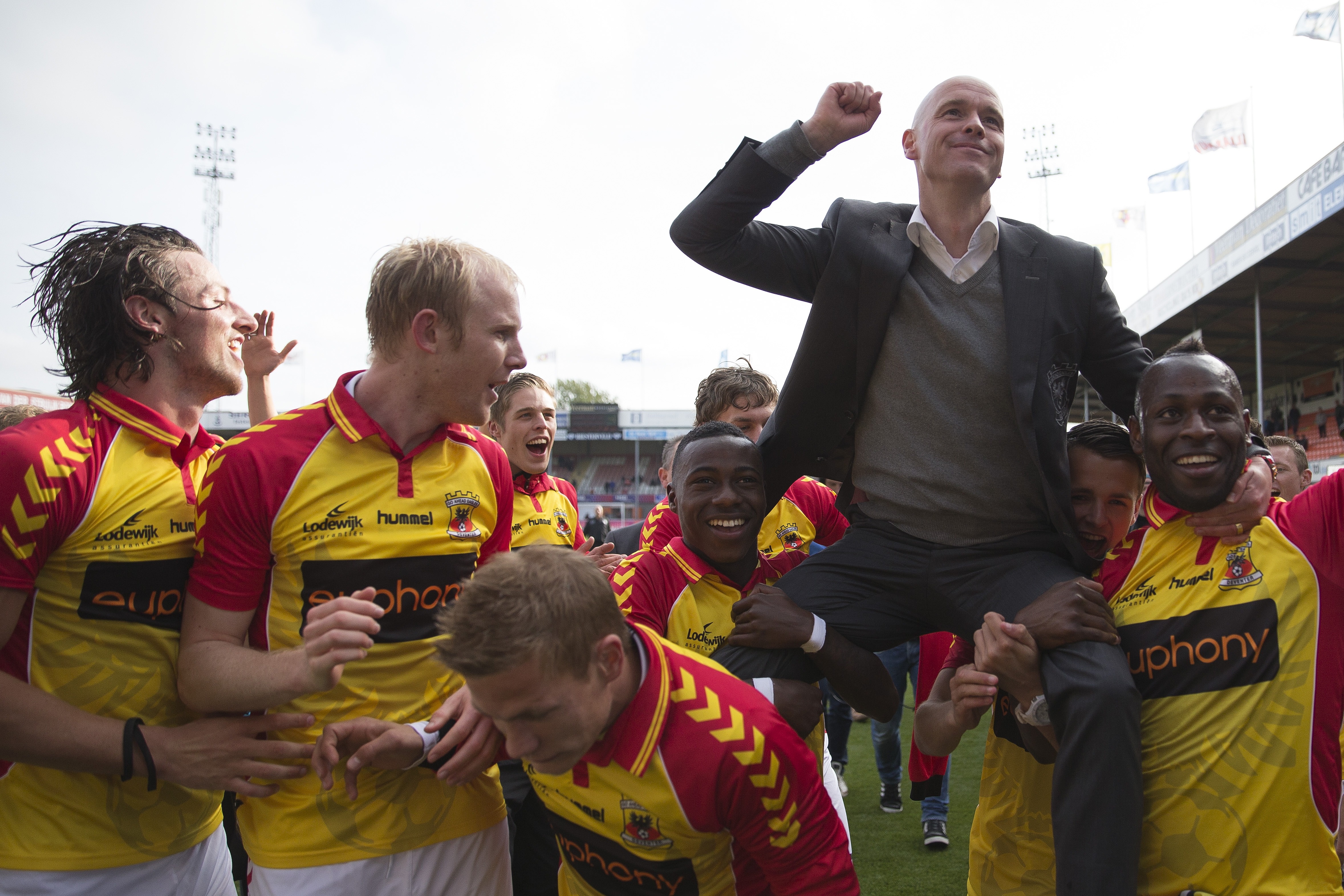 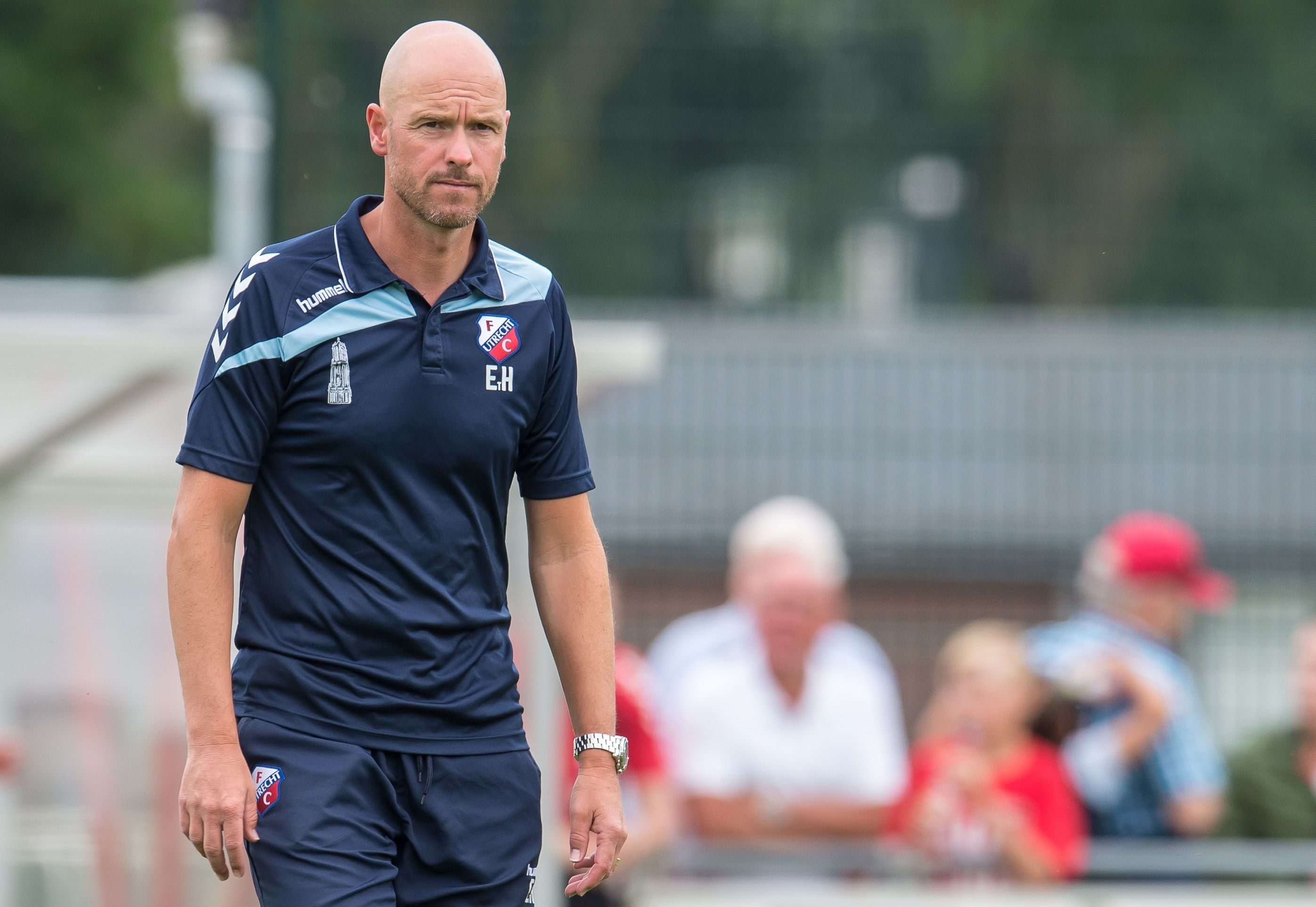 Ten Hag rose to prominence in Holland by taking Utrecht to the Europa LeagueCredit: Rex Features 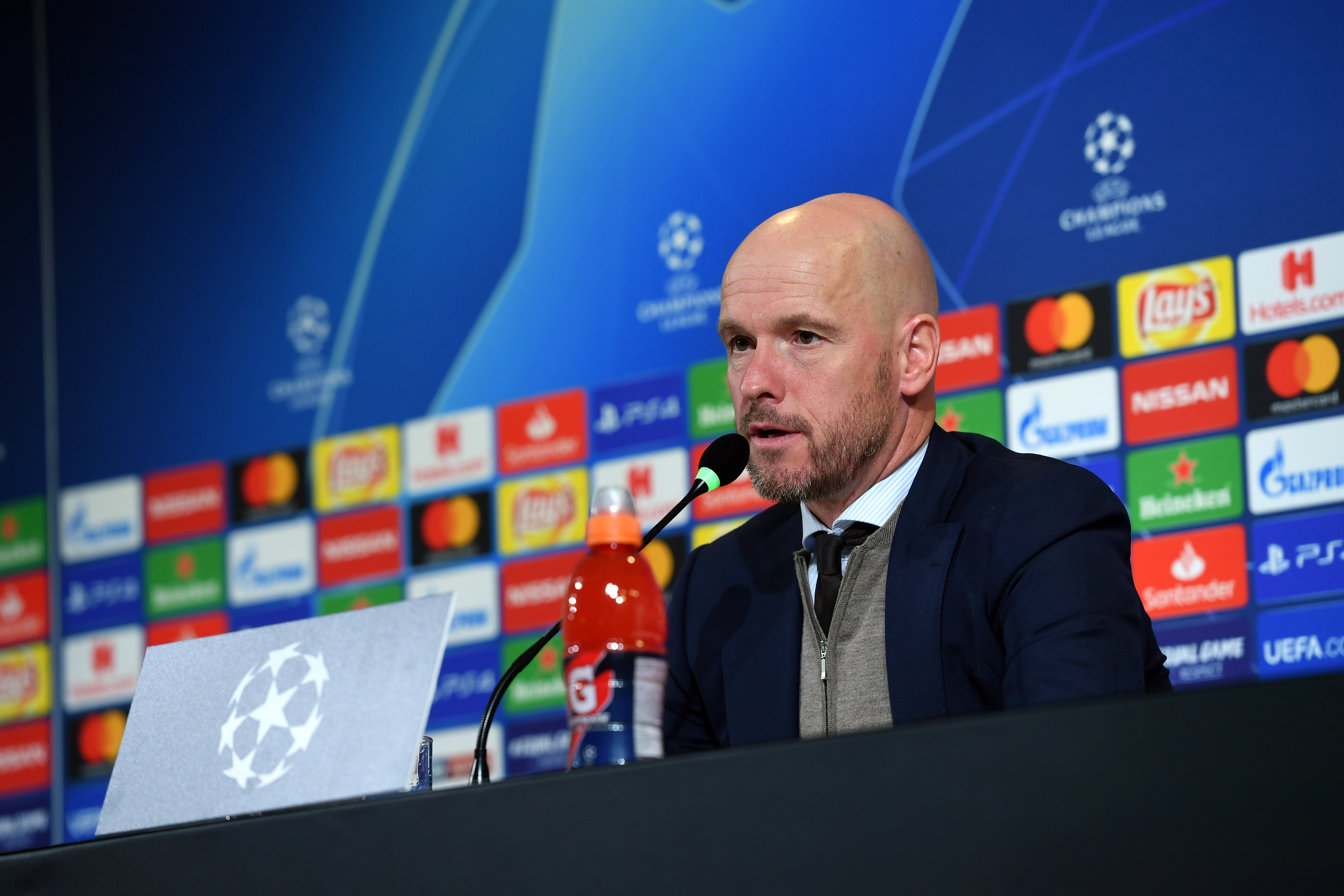