ANTHONY ELANGA may be Manchester United’s bright new thing in a season of mediocrity — but he could easily have played for bitter rivals City.

The 19-year-old forward has been a rare spark this month as senior Red Devils stars attract criticism for their moaning and attitude.

Elanga made his full Manchester United debut against Aston Villa on SaturdayCredit: AFP 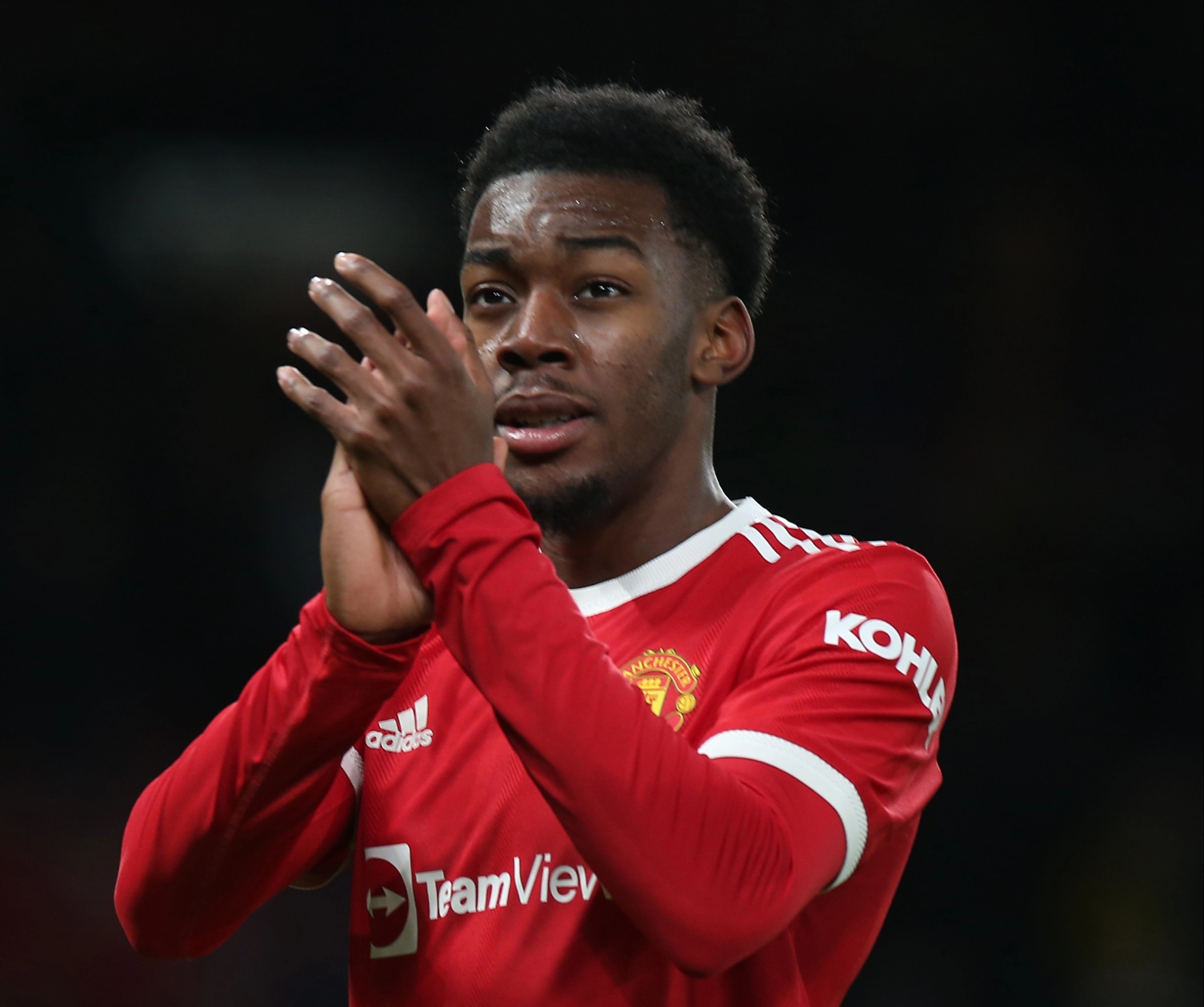 Elanga has enjoyed a meteoric rise from Hattersley U12 to playing with the likes of Cristiano RonaldoCredit: Getty

Following Elanga’s first Prem start of the season in the 2-2 draw at Aston Villa, United boss Ralf Rangnick noted yesterday: “He was showing up in training sessions and that was why I decided to play him — he showed exactly what I expected him to deliver.”

Elanga’s rise drew smiles at Hattersley FC, who he joined as an 11-year-old in 2013 after arriving from his native Sweden with mum Daniella and two sisters, Sandra and Chanelle.

Ian Forder, who was in charge of the side at the time, told SunSport: “Anthony came to look at Hyde United, who normally trained next to us.

“I could see that he was with his mother and looked rather lost.

“I just approached him and said, ‘Can we help you?’ and he asked if we were Hyde United.

“I said, ‘No, we’re Hattersley. Hyde normally train on this next pitch but they’ve not turned up. Where do you live?’

“He said he lived in Hyde, so I went, ‘Look, rather than have a wasted journey, come and train with us’.

“He put his boots on and came on.

“It really was a cold and wet night then in January. I truthfully believe that’s why Hyde never turned up, so it was their loss. It can be cold in September there!

“But I wasn’t letting him go after those ten minutes. When his mother returned the forms and I saw his age, I thought, ‘I’m not letting you go, lad — you won’t be here long’.”

Elanga started out for Hattersley’s Under-12s at the time — but his talent meant he ended up playing in a higher group.

It also started a friendship with businessman John Croke, who runs a carpet shop in Hyde.

One that still goes on today and has seen several footballing mementoes passed on.

In just 12 matches, Elanga scored 17 goals and assisted, according to Ian, about another 27.

No one is surprised at seeing him make it all the way to United’s first team — but it was the blue half of Manchester that first showed interest.

Ian, 62, who lives in Hattersley, added: “City showed interest at first and he had a few training sessions with them.

“I had the Under-14s team then and I really shouldn’t have played him — but I wasn’t going to let him play for anyone else.

“Straight away I could tell he had something, he was outstanding.

“He picked the ball up in his own half, went past seven players, around the goalkeeper and side-footed it in.

“I turned to John and said, ‘Did you just see that?’

“One of the parents was a scout and he contacted United’s chief scout, who looked at him.

“I think it was an 8-1 defeat but Anthony was outstanding.

“John helped Anthony a lot when he first signed schoolboy forms as his mother didn’t drive and he was getting him to The Cliff and back for training.”

Elanga remains in touch with people at the place where it all started and he recently coughed up £80 for Hattersley to play a match at Alder Community High School after their own pitch was waterlogged.