MANCHESTER UNITED fans will be able to treat their loved ones to some luxury club-branded clobber this Christmas.

Fans have all felt the disappointment of not being able to go and cheer on their team since March. 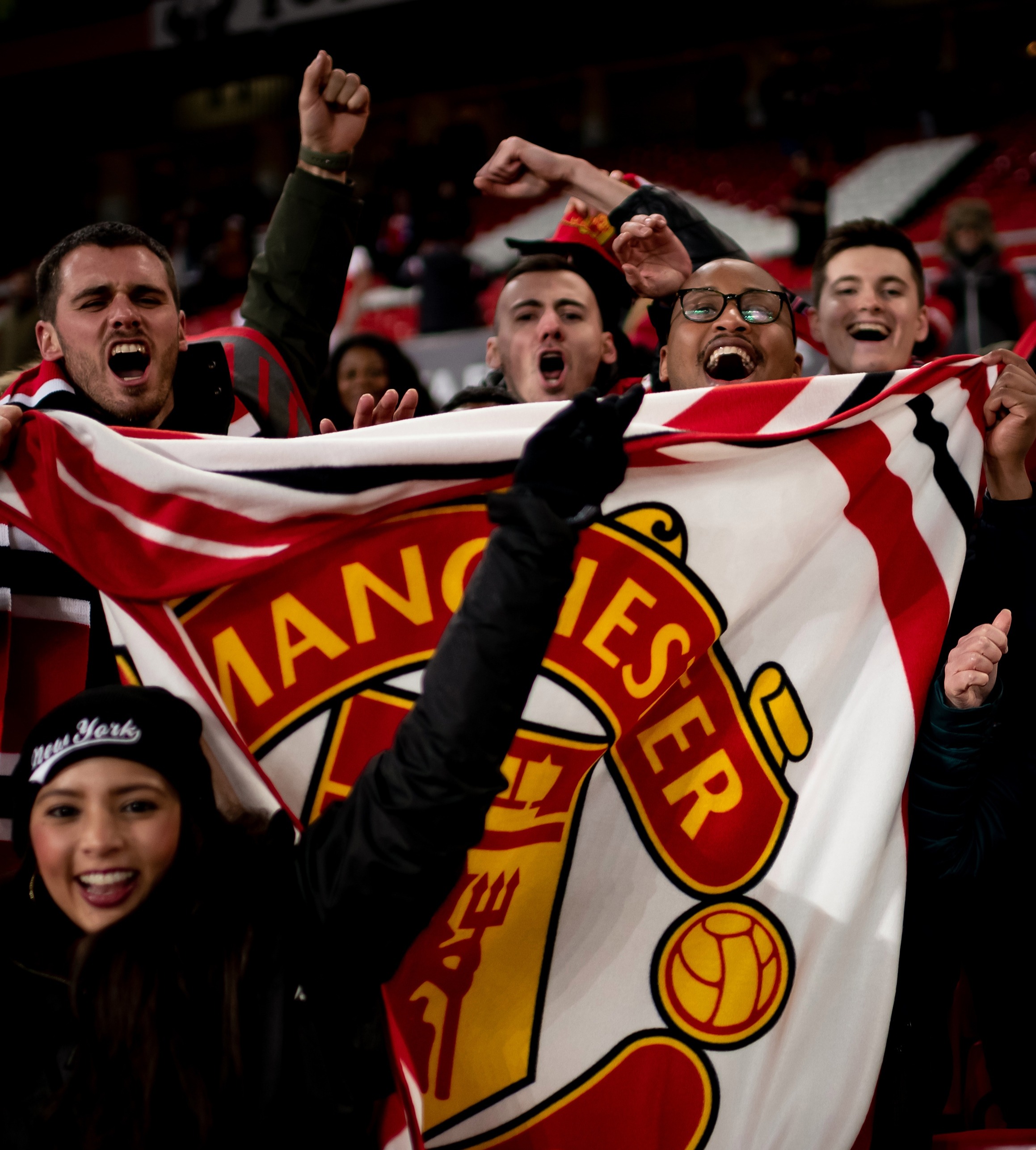 Manchester United fans will be able to get their hands on some fancy Christmas presentsCredit: Getty Images – Getty 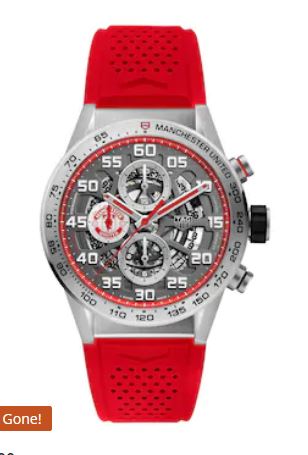 A TAG Heuer Manchester United watch will set fans back £3,680 even during a Black Friday saleCredit: https://store.manutd.com/

But a select few lucky supporters will at least wake up on Christmas morning to some nice, expensive United gear in their stockings.

And gift givers for Red Devils fans aren’t short of opulent options to buy, so long as their budget can stretch.

As well as the usual kits, hats, scarves, t-shirts and novelties, United lead the way in the Premier League when it comes to more luxurious presents.

The Carrera timepiece has a red strap and the club’s logo on the face and reverse and the Man United shop says online: “This illustrious special edition features the club’s colours… black gold plated brushed dial.”

A cheaper TAG is £1,000 – with £250 off – and is described as: “Made entirely from steel, this football-inspired quartz chronograph features a notched steel bezel with a tachymeter scale.”

The club also has a tie-in with high-end fashion designer Paul Smith, with socks available for £21.

The collaboration also boasts a trendy take on the team scarf for £105 and club ties for a pricey £110. 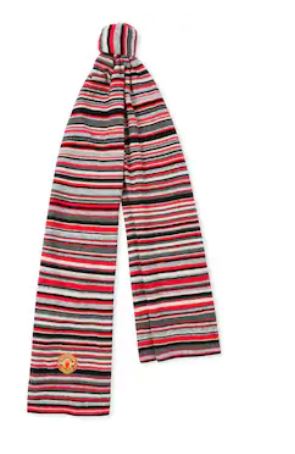 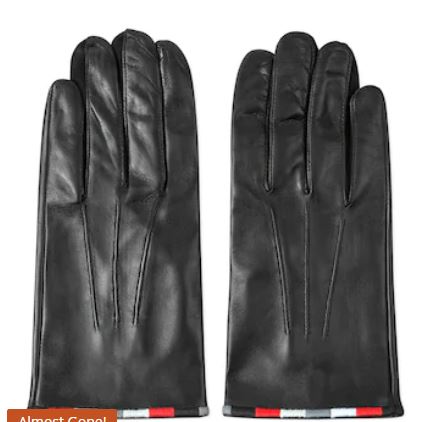 United gloves can be snapped up at £165Credit: https://store.manutd.com/

Leeds fans can also enter the fancy watch game, with their own club shop offering a Louis Erard timepiece for £2,450.

“The special counter at 9 o’clock features the Centenary crest and brick powder from Elland Road.

“The watch includes two strap options, metal and blue leather so you can change the strap to suit all occasions.”

Elsewhere in the league, Spurs fans can get a watch for a comparative snip at £200, while Gooners can get their timepieces for £95.

And if Arsenal fans want something a little different, perhaps they may be tempted by a shirt match-worn by none other than Shkodran Mustafi at £500.

One lucky West Brom fan may even wake up to a £200 Hal Robson-Kanu signed shirt on December 25. 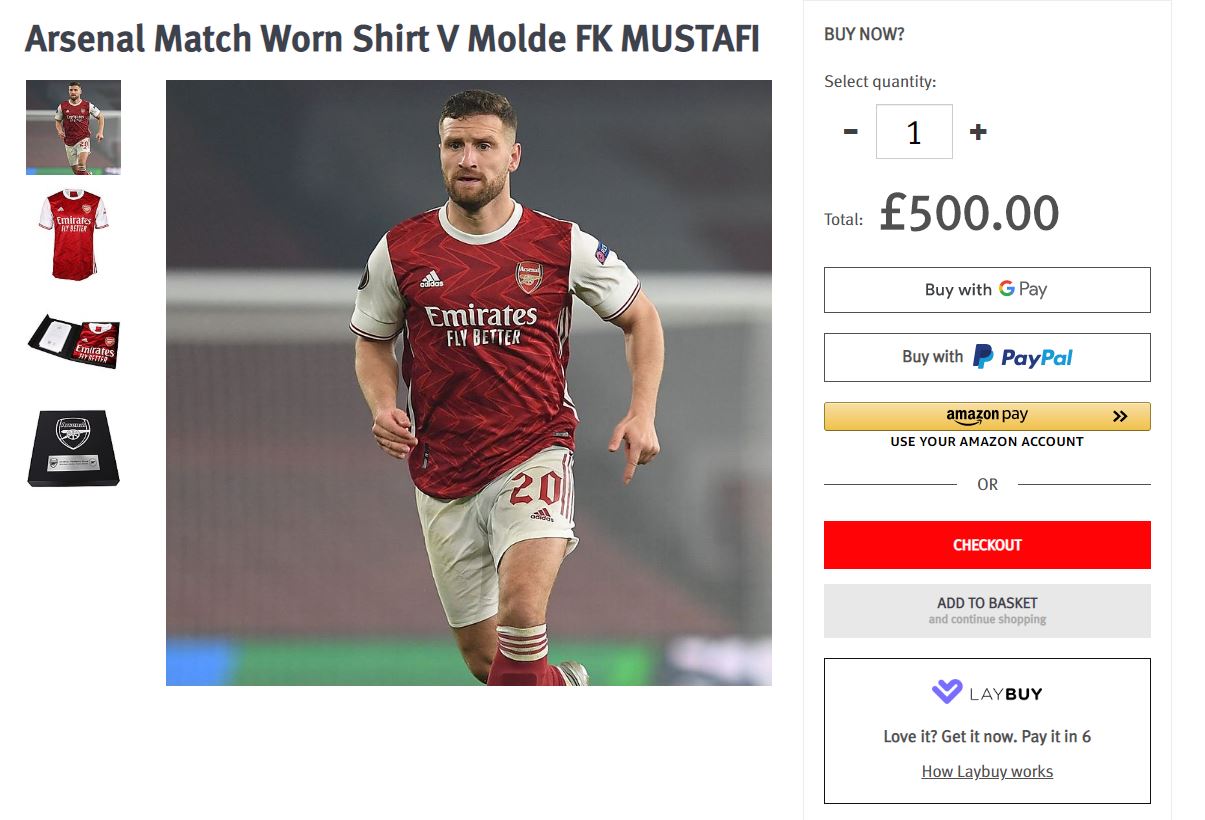 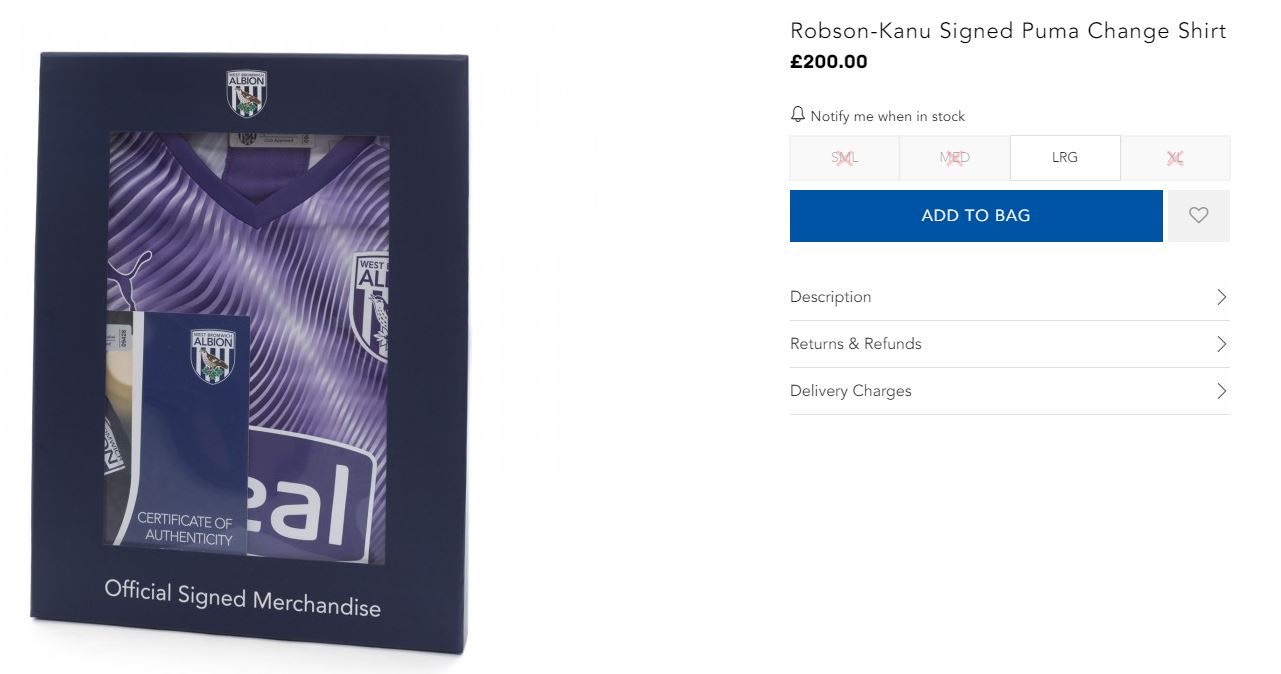