THE conclusion of this weekend’s Premier League games sees the top-flight embark on a two-week winter break.

But some players involved on Saturday have already jetted off for some mid-season sun, including Manchester United skipper Harry Maguire and his team-mate Marcus Rashford. 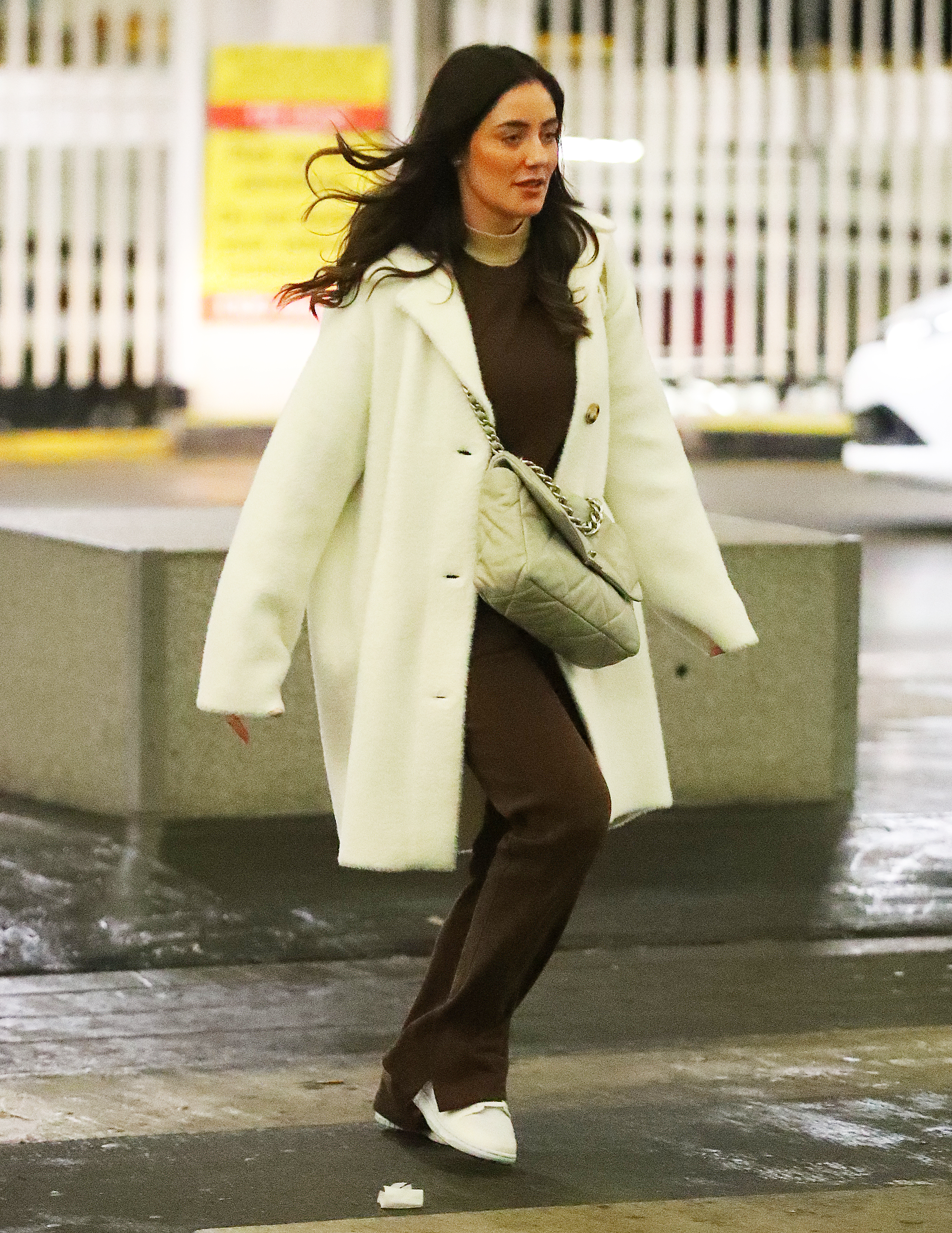 Harry Maguire and his partner Fern Hawkins were seen boarding the 8.40pm flight to DubaiCredit: Eamonn and James Clarke 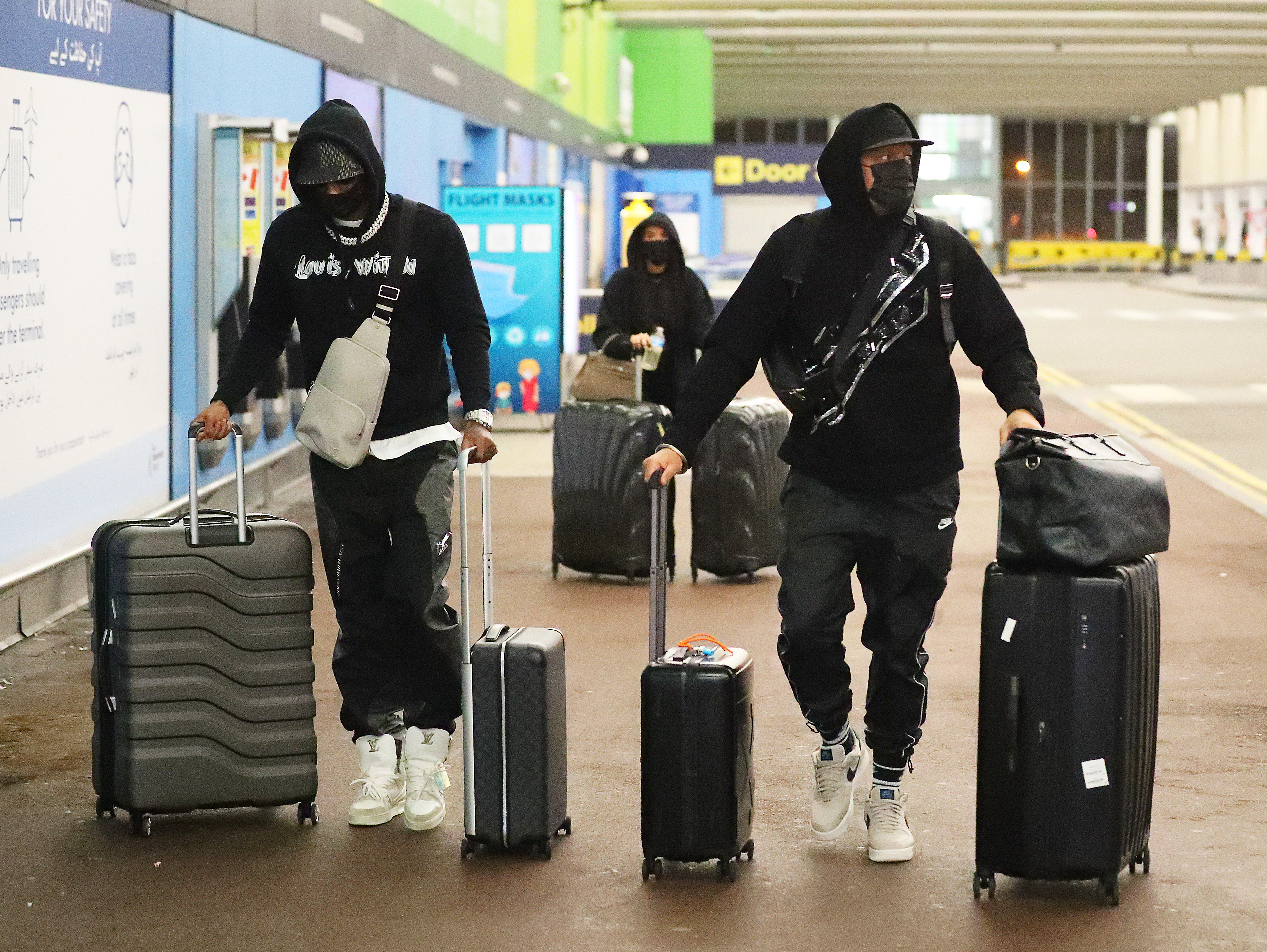 The 8.40pm flight from Manchester to Dubai on Saturday evening was packed full of some of the Prem’s biggest stars eager to get themselves off to a warmer climate.

Joining Maguire was his partner Fern Hawkins, but ever the gentleman it was the centre-back who lugged two suitcases of luggage behind him, while Fern walked freely.

And Rashford too quickly hot-footed to the airport following his heroics alongside his minder, and girlfriend Lucia Loi.

Diogo Dalot too joined his Manchester United colleagues on the flight to Dubai, and was pictured with a big grin on his face in anticipation of a well-earned break.

The Premier League only pauses for two weeks, but Dalot will be setting up a home away from home with the contents of the three HUGE suitcases he was seen pushing.

The Portuguese right-back was accompanied by girlfriend Claudia Lopes. 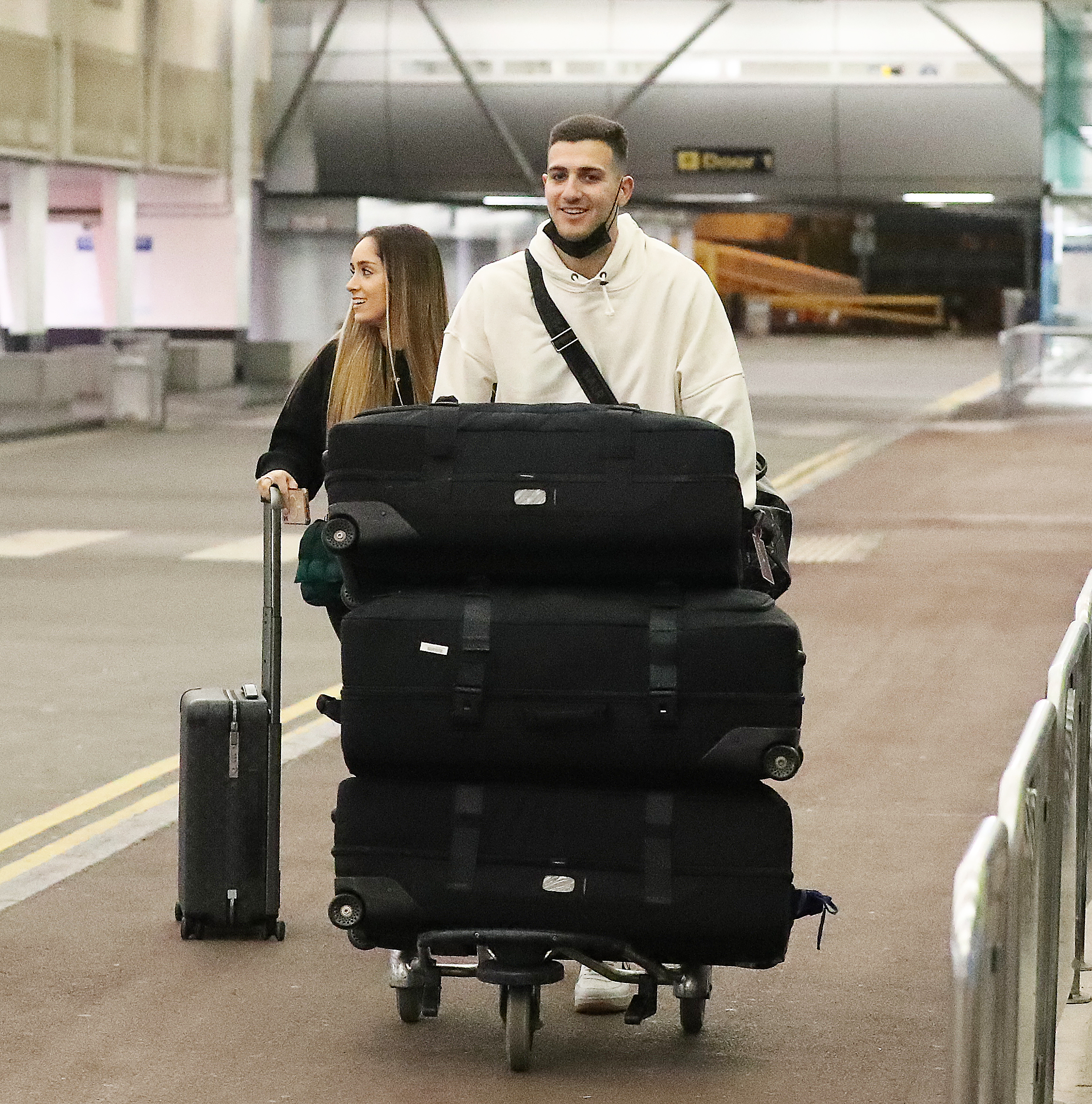 But it wasn’t just Manchester United who were well represented on the flight out of the country.

England stars Jordan Pickford and Tyrone Mings were seen together at the airport, having been on opposite sides of the pitch earlier in the day.

Mings got the better of Pickford as Aston Villa beat Everton 1-0 at Goodison Park.

Pickford was joined by wife Megan Davison as the couple checked in ahead of their break in the sun.

Villa talisman John McGinn also made the short hop from Manchester to Liverpool after the game in time to board the evening flight. 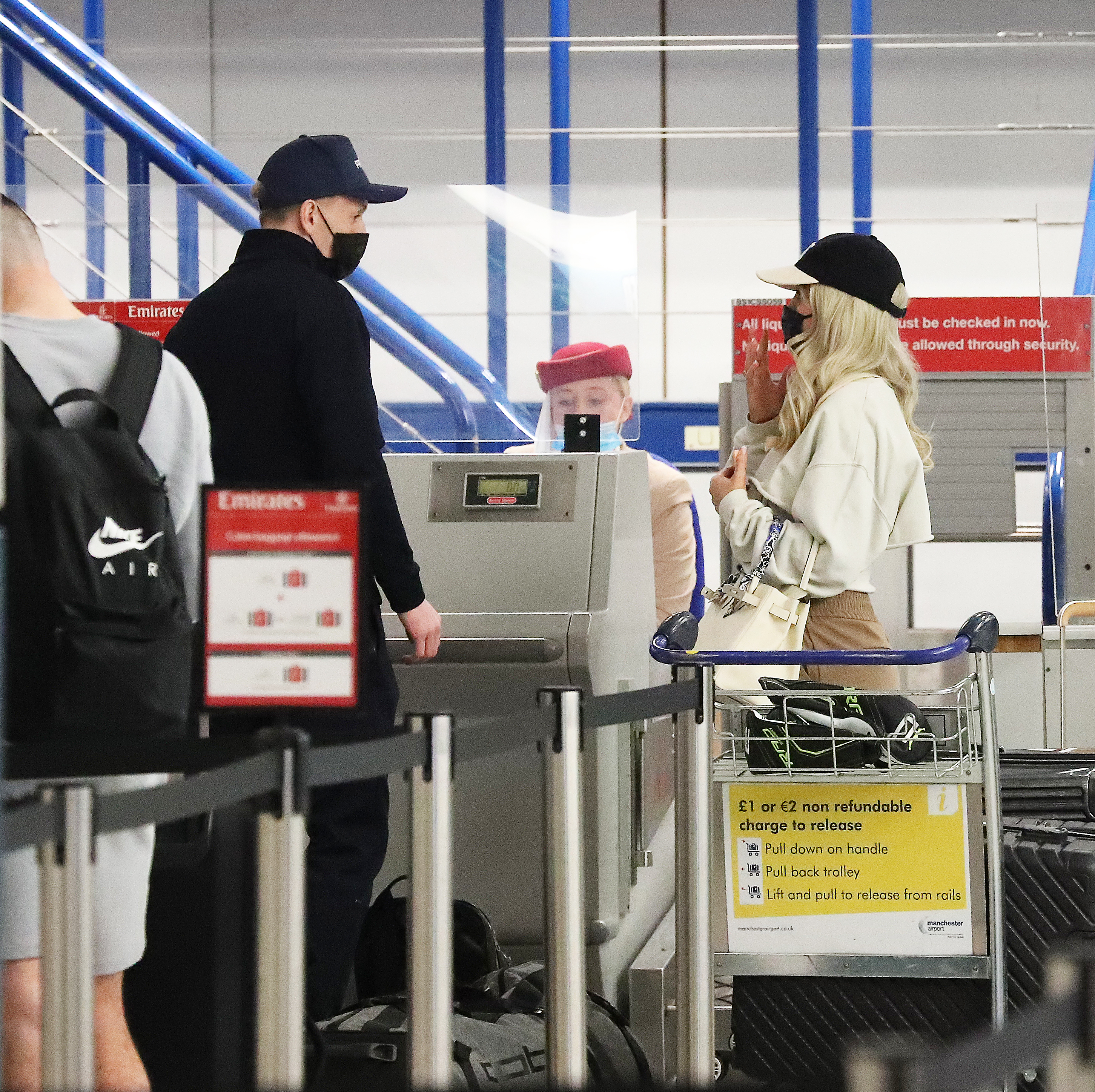 Jordan Pickford was joined by his wife Megan as the pair checked inCredit: Eamonn and James Clarke 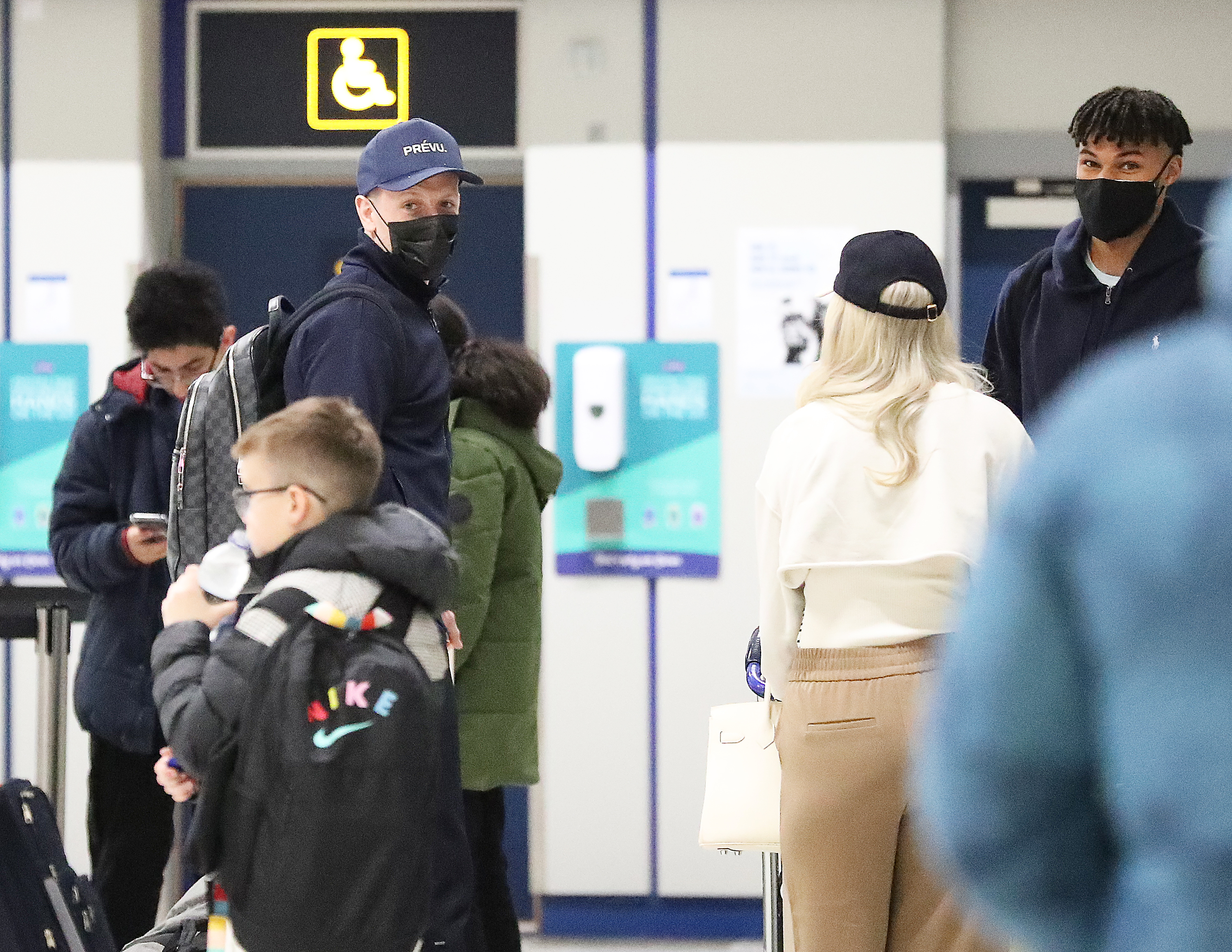 Jordan Pickford and Tyrone Mings were seen alongside each other, having been on opposing teams earlier in the dayCredit: Eamonn and James Clarke 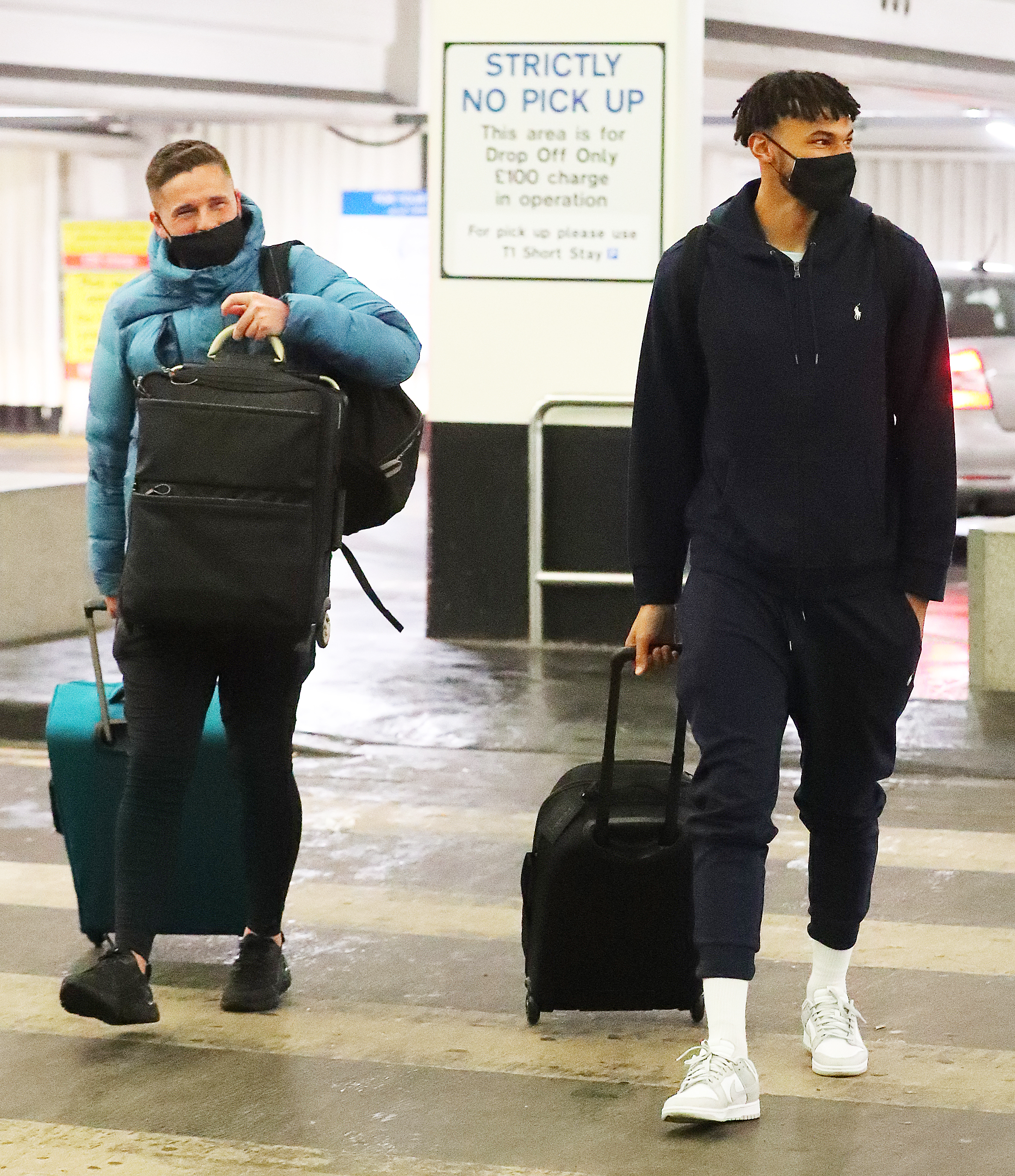 Tyrone Mings was one of a number of stars pictured jetting off on holiday just hours after playingCredit: Eamonn and James Clarke 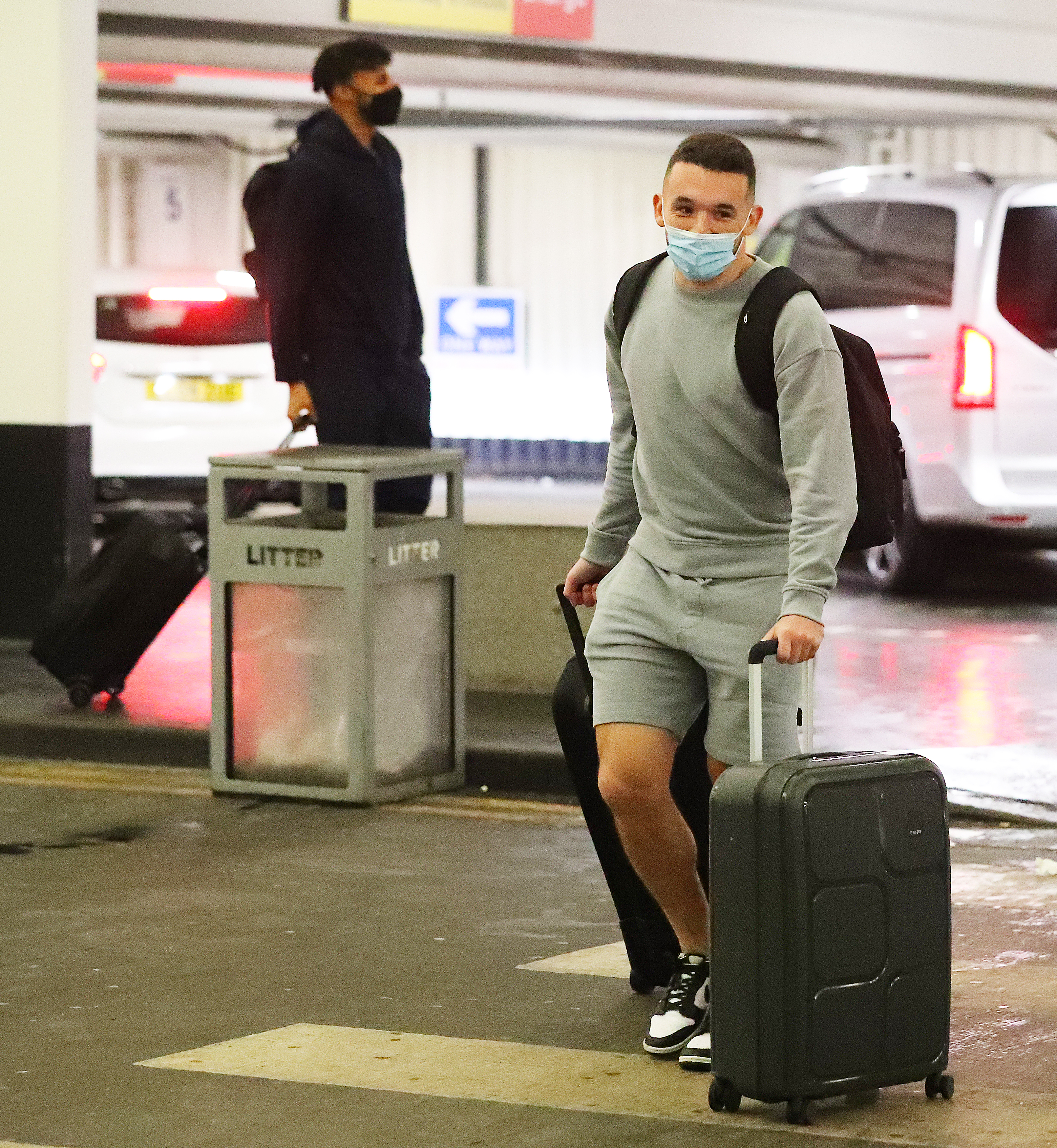 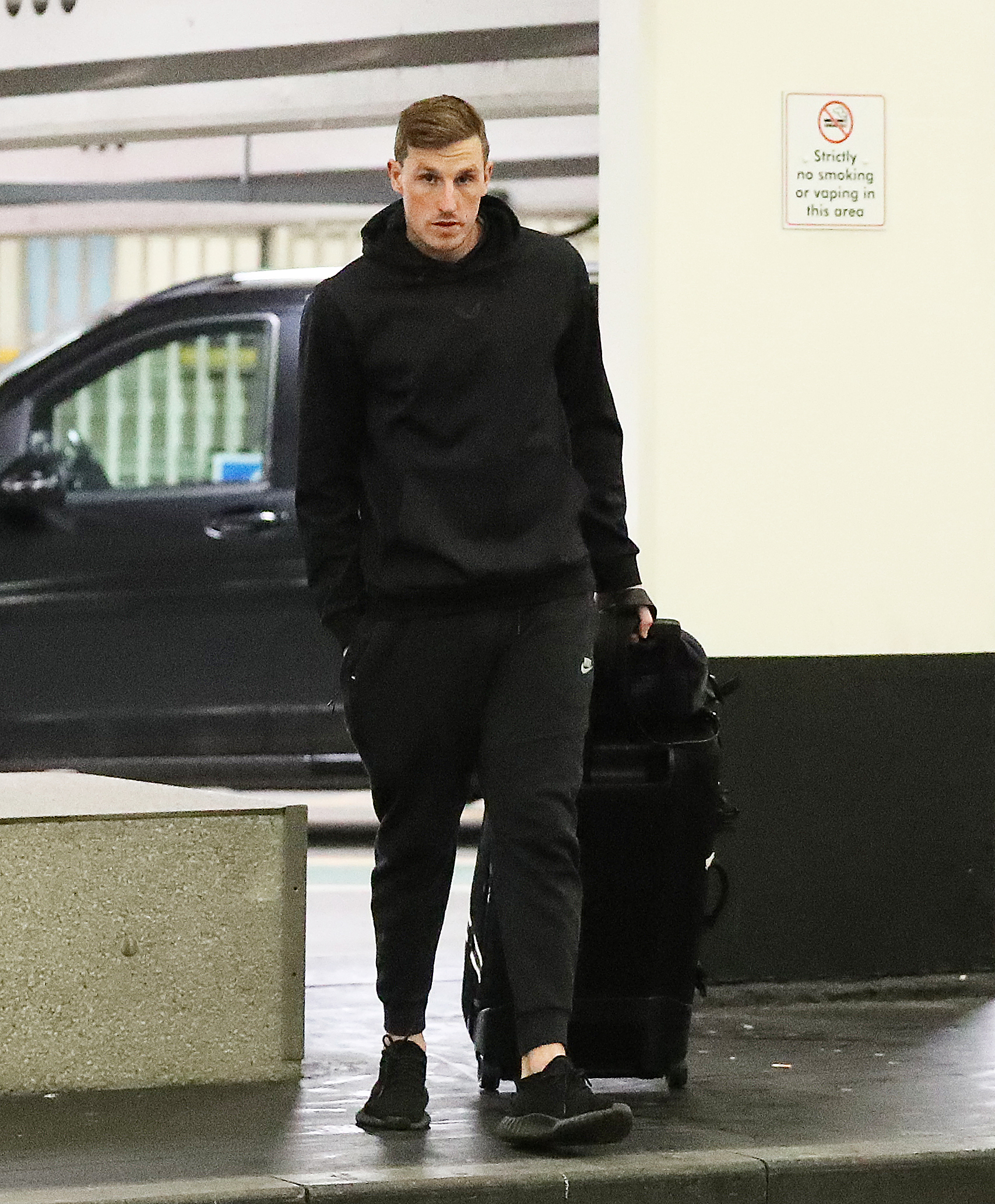 And finally Newcastle new boy Chris Wood completed the list of Premier League stars jetting away on holiday, having helped his new side to a 1-0 win at Leeds earlier in the day.

With no Prem fixtures until February 5 after today, the players have plenty of time to rest and recuperate ahead of the busy run-in to the end of the season.