MANCHESTER UNITED’S defending has left a lot to be desired this season, with the Red Devils statistically overall the seventh-worst defence in the Premier League.

The club have kept just four clean sheets in 14 Prem games and ex-Liverpool man John Barnes believes it’s because they don’t defend ‘as a complete team’. 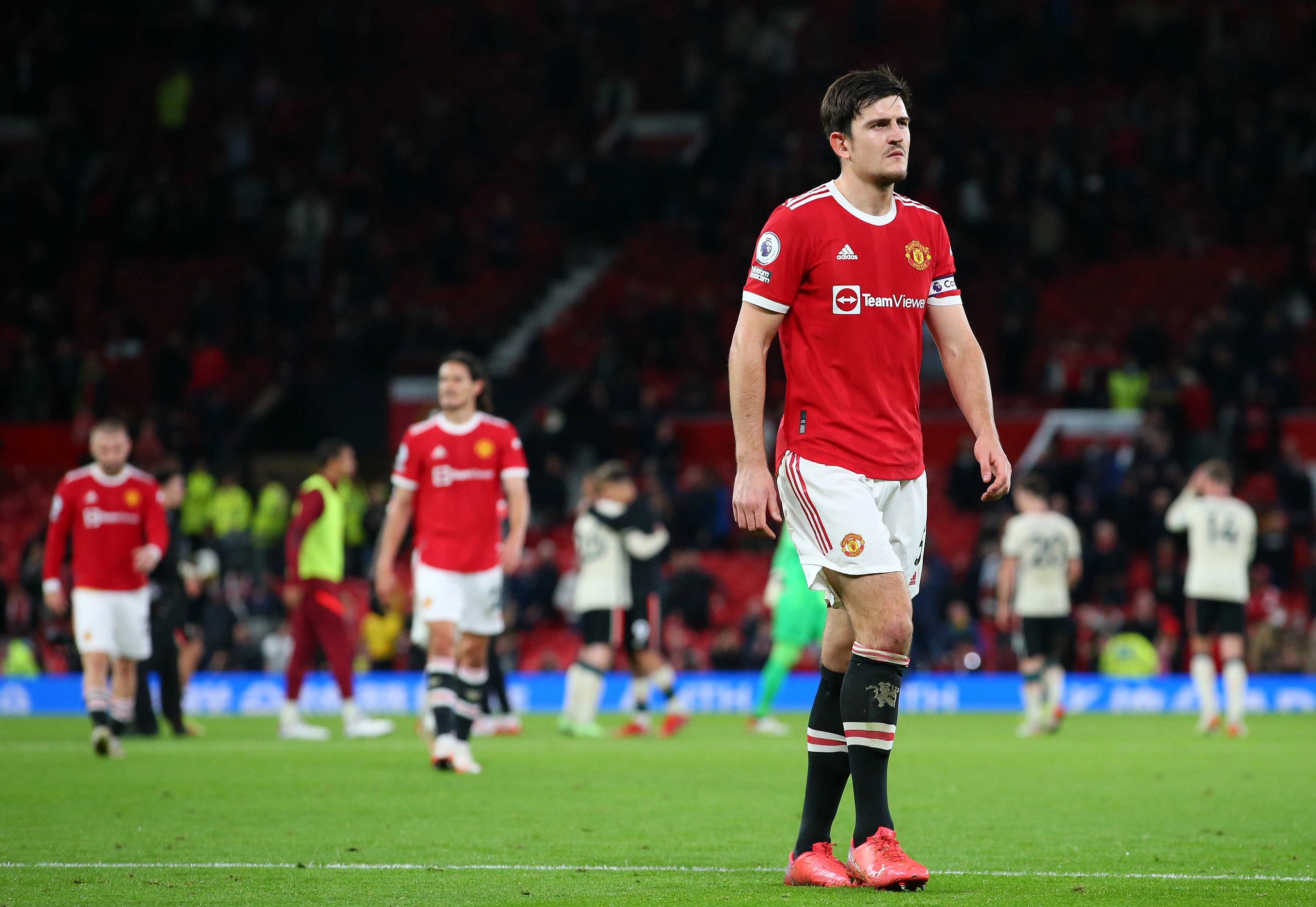 United’s defensive woes are plain for all to seeCredit: Getty

With the club already five points off a top-four placeCredit: Getty

When it comes to total tackles (139) and duels won (468), United rank BOTTOM of all Premier League clubs.

And they’re the second worst in the league for aerial duels won (130) and interceptions (81).

Manchester United’s 17 goals conceded and two clean sheets make up a small amount of dignity, but both stats are still the joint-seventh worst in the league.

And they can count themselves lucky it’s only the seventh worst, with their expected goals conceded the fifth worse out of the 20 Prem teams.

The lack of desire to win the ball back is also clear, with United making the fourth-least ball recoveries (606) out of anybody this campaign.

Error strewn performances from the likes of club captain Harry Maguire mean the club have also made seven errors leading to shots – the second worst in the league.

Three of those have come from Maguire himself, with Luke Shaw contributing two.

Marcus Rashford, Jadon Sancho, David De Gea and Nemanja Matic are all guilty of one error leading to an opposition shot too.

Ole Gunnar Solskjaer held crisis talks with six of his senior players on Thursday to try and work out how to save United’s season.

And they might be wishing Barnes was in there with them as he offered advice for the Red Devils on how to shore things up at the back.

Speaking to BonusCodeBets Barnes said: “Nothing is going wrong at the back for Manchester United. They just don’t defend as a complete team.

“If Liverpool left their back four to defend, and no one else in the team tried to get back and help, then Liverpool would concede goals.

“Manchester United don’t play as a team, defend as a team, and it’s so blatantly obvious. When they go forward, they play incredibly well, and they have top-class individuals that can win them matches.

“But unless you defend will all 11 players, giving 100% effort when they are out of possession, which they don’t, they will continue to ship goals and be inconsistent.

“They may continue to score and play attacking football, but they’ll still concede. Unless they resolve that situation, they’ll always be inconsistent, because they’ll rely on individuals to score the goals.”