MANCHESTER UNITED’s behind-closed-doors win in Spain was somehow held up by a STREAKER.

No fans were allowed in for the Europa League quarter-final first leg against Granada on Thursday night – a game United won 2-0 thanks to goals from Marcus Rashford and Bruno Fernandes. 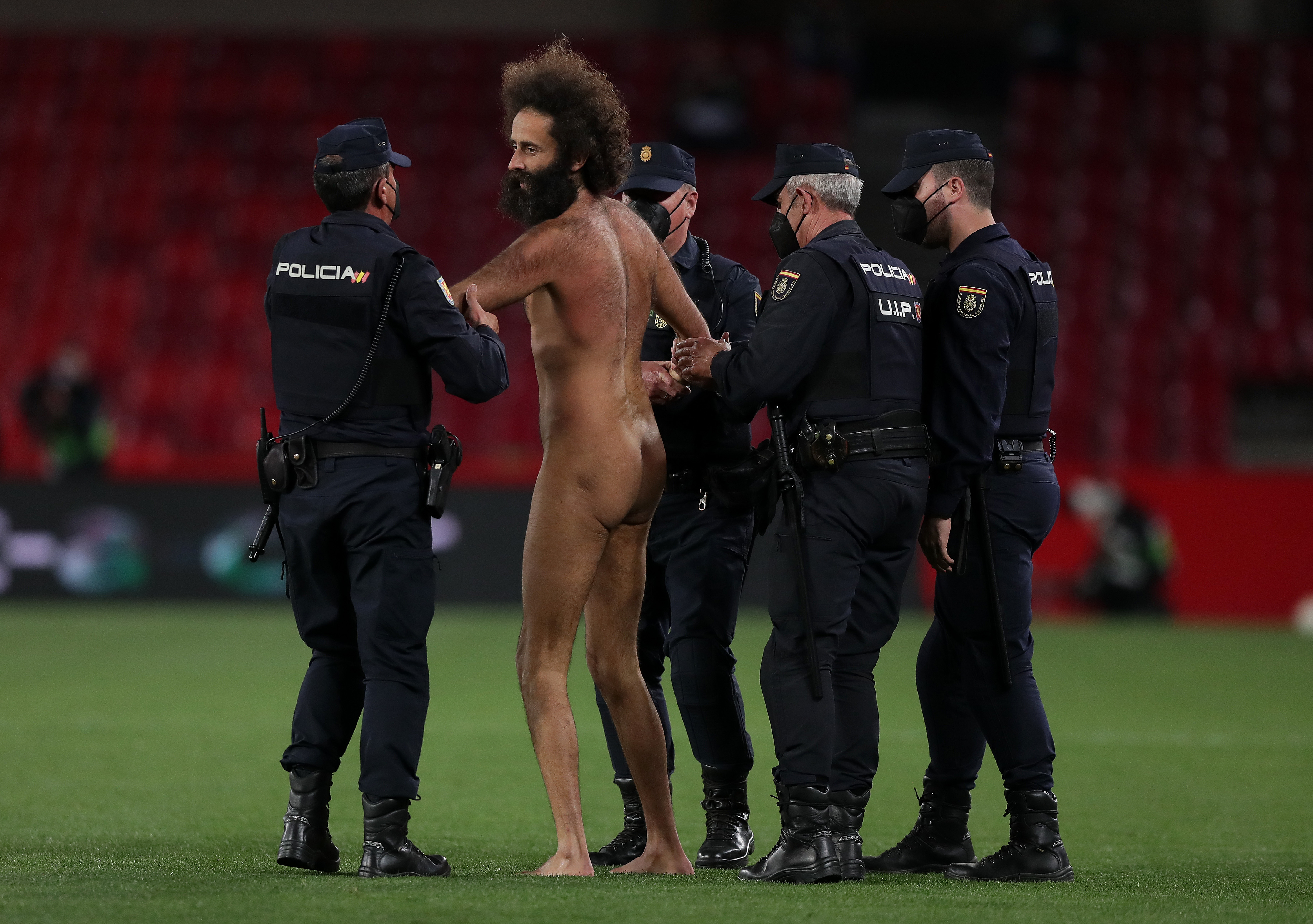 A streaker held up Manchester United’s win over GranadaCredit: Getty 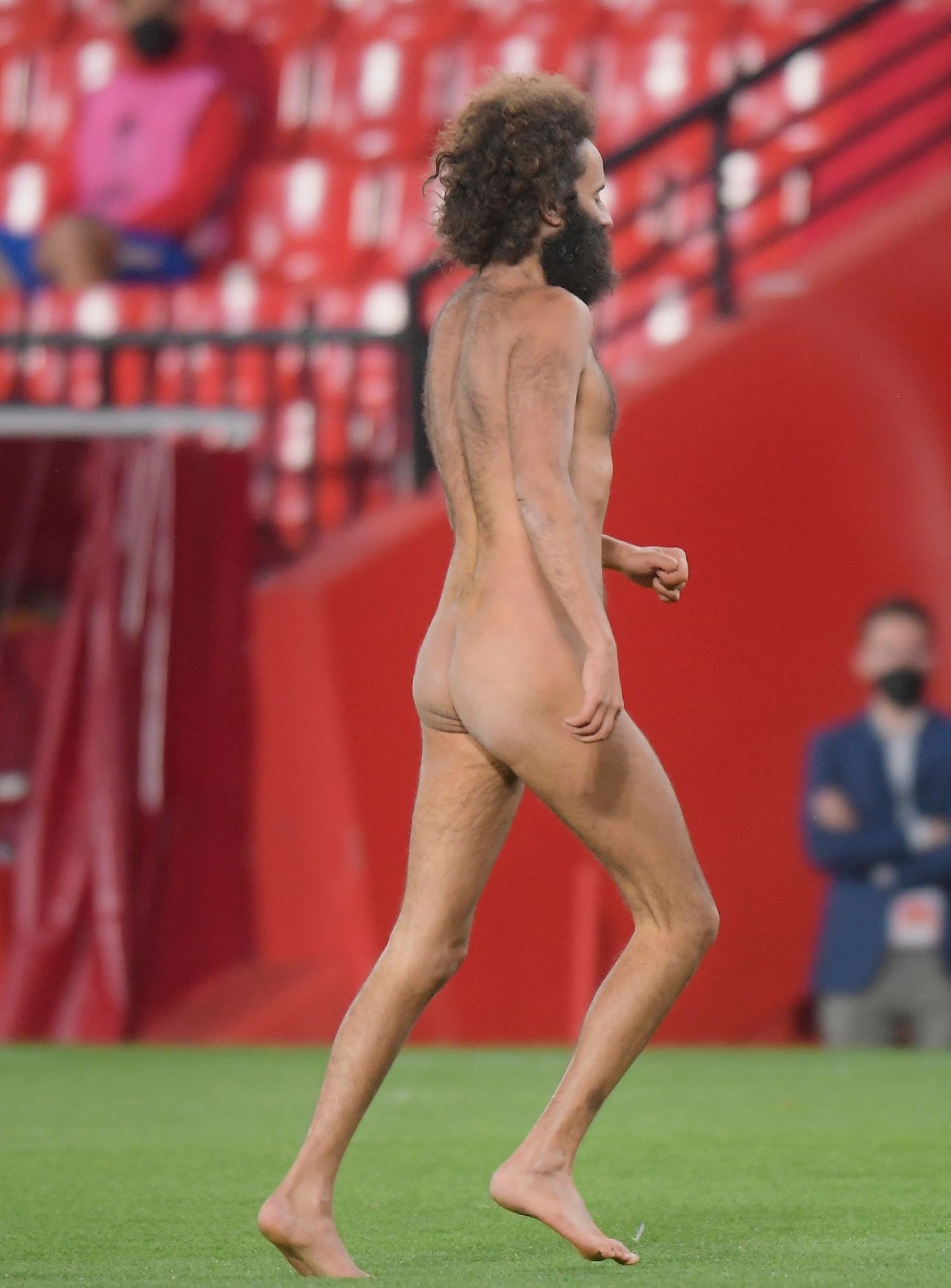 He somehow made it onto the pitch despite fans not being allowed in the stadiumCredit: Rex 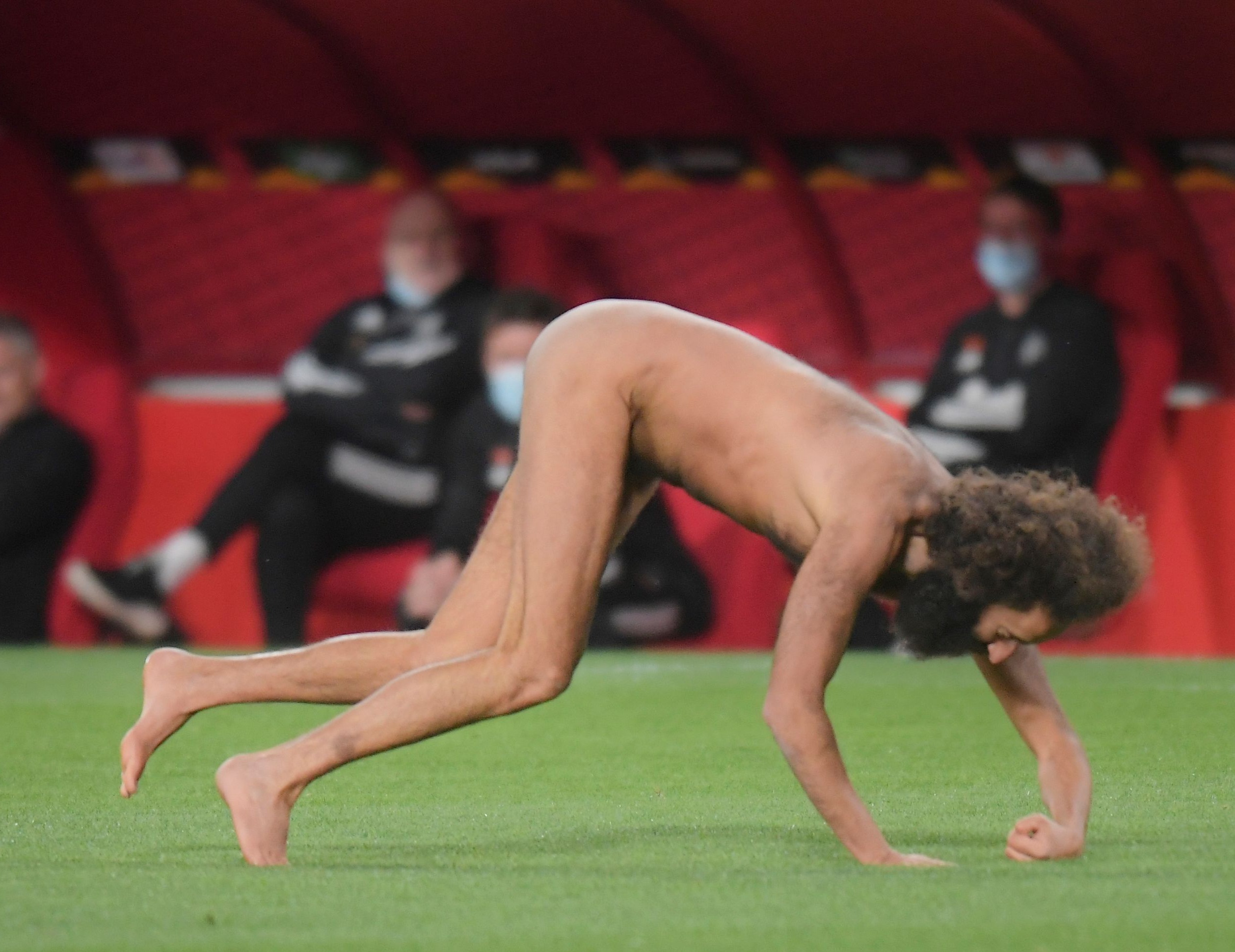 And took a fall before being caught by Spanish policeCredit: Rex

But that didn’t stop one fan from getting into the Estadio Municipal Nuevo Los Carmenes.

And he ran right across the middle of the pitch early on, causing a delay in the last-eight tie.

But Ole Gunnar Solskjaer’s side were only briefly held up as Spanish police moved in to escort the man away.

Thursday’s match was one of the biggest in Granada’s history.

And their fans gathered on the streets to welcome their team before the game with the stadium still closed.

And Rashford opened the scoring for United, latching onto a pinpoint long-range pass from Victor Lindelof to race through on goal and slot home.

A spirited Granada side were in the tie throughout – and United were only allowed to breathe a little easier when Bruno Fernandes scored a second late on. 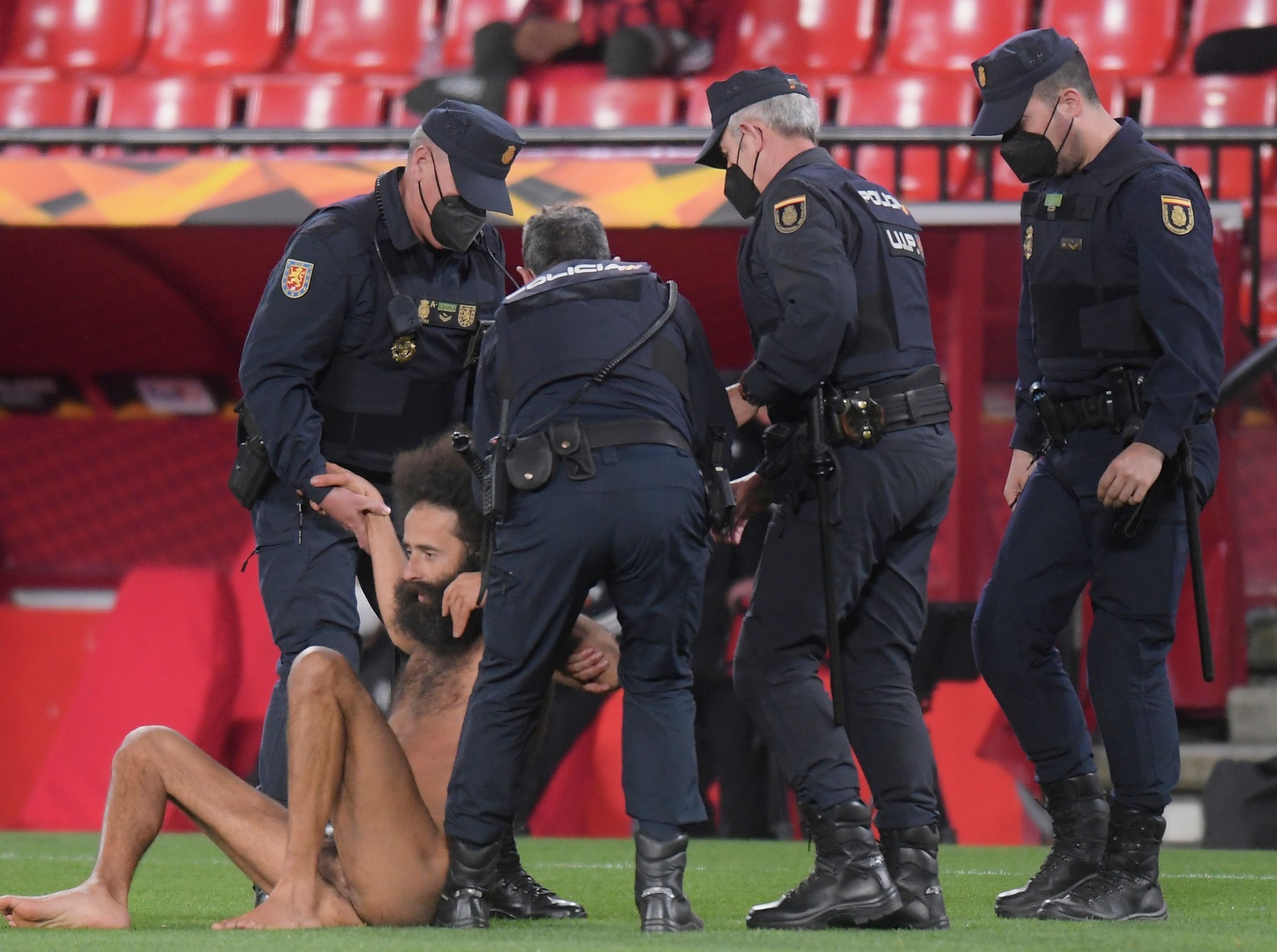 Police swarm on the streaker and remove him from the pitchCredit: Rex

He slotted home a 90th-minute penalty – to make it 11/12 successful spot-kicks for the season.

Speaking after the win, Solskjaer said: “It was not a perfect night. We got three yellow cards and three suspensions. 2-0 is very good result.

“We know how difficult it is to come to Spain. We’ve got to play well to get a result.

“They [Marcus Rashford and Bruno Fernandes] have been exceptional, so important for us.

“It was a very good run by Rashford, takes the ball fantastically. Bruno is so confident on penalties even though the keeper almost saved it.

“Same as always [attitude for next week]. We want to win every game. It’s still a young team, a learning team.

“We have to improve all the time.

“Football catches you so quickly if you rest. We can’t have any other approach.”