MANCHESTER UNITED are reportedly prepared to bid for Sevilla’s Jules Kounde in their search for a new defensive star.

Ole Gunnar Solskjaer has failed to create a backline worthy of a serious title challenge, with the Red Devils conceding more goals than each of Brighton, Burnley and Arsenal this season. 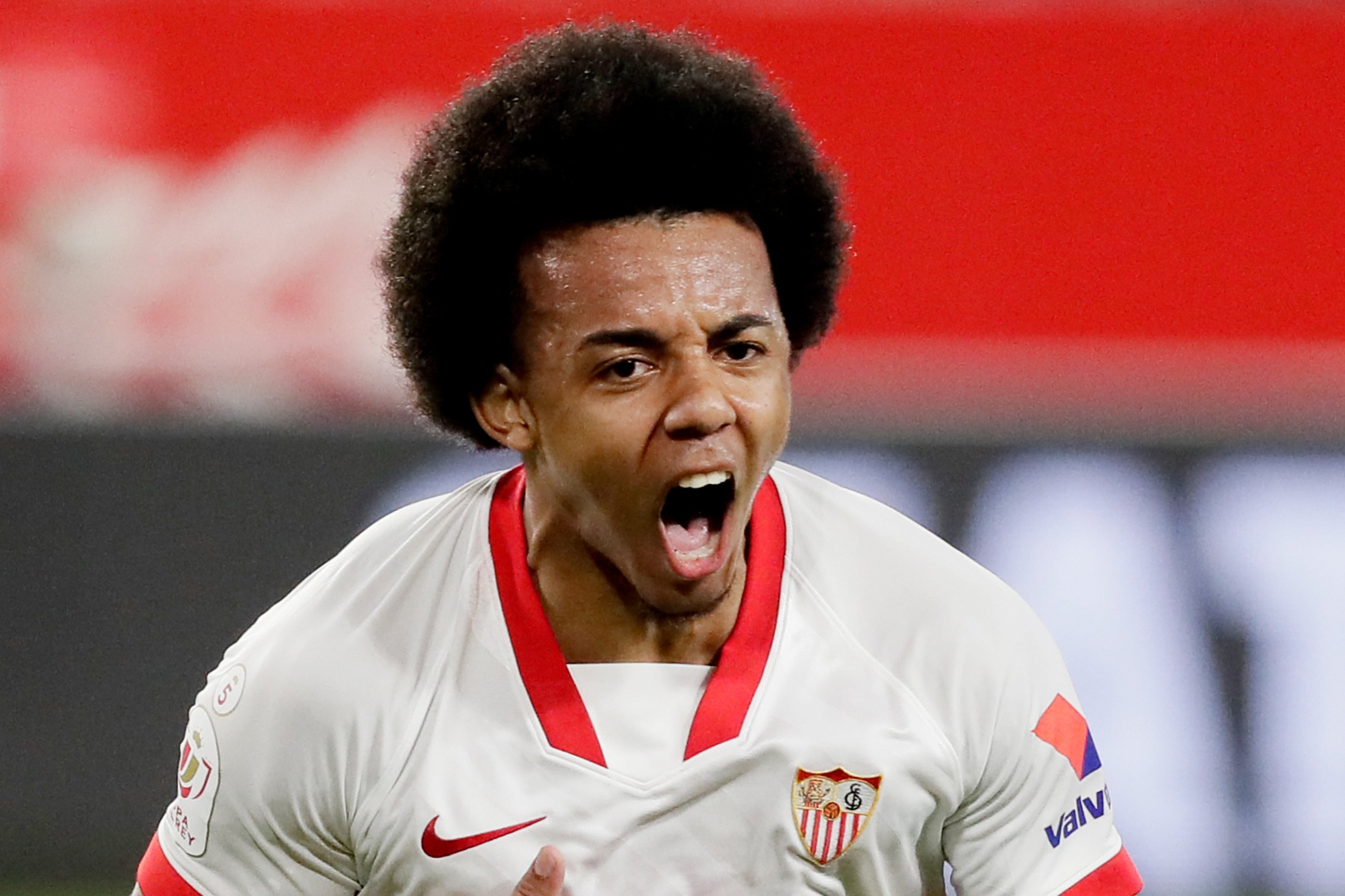 Jules Kounde has caught the eye since signing for Sevilla in 2019Credit: Getty Images – Getty

Former defender Gary Neville recently described the partnership between Harry Maguire and Victor Lindelof as a big ‘problem’, with the £80million club captain likely to partner any new addition.

A potential move for Dayot Upamecano was ended by the RB Leipzig talent agreeing to sign for Bayern Munich.

Therefore, a move for fellow French centre-back Kounde is thought to be on their radar.

According to Spanish outlet La Razon, United are preparing a £61million bid for the 22-year-old.

Paris Saint-Germain are also in the hunt for a new defender with Sergio Ramos a target.

If the Ligue 1 side fail to land the Spanish veteran, they are reportedly ready to forego negotiations and pay Kounde’s full £78m release clause.

One other team named as monitoring the Sevilla player are Madrid, currently embroiled in talks over the aforementioned Ramos’ future.

Raphael Varane is another centre-back who may be leaving the Spanish capital in the summer, with Manchester United one potential destination.

But Los Blancos are not thought to be able to match the transfer fees being discussed in the Red Devils’ and PSG’s plans.

Sevilla paid over £20m for Kounde when landing the prospect from Bordeaux in 2019.

The France Under-21 international quickly established himself in the team, sat fourth in LaLiga.

Kounde even played an unusual role in the Andalusians’ ten-game winning run ahead of a Champions League meeting with Borussia Dortmund, scoring a spectacular strike past Barcelona in the Copa del Rey.