MANCHESTER UNITED are back on Champions League duty as they welcome Villarreal to Old Trafford tonight.

It’s a repeat of last season’s Europa League final, where the Spanish side triumphed after an epic penalty shootout.

Follow ALL the latest with our live blog below from 6.30pm…

Ronaldo’s goal was in vain as United lost against Young Boys in SwitzerlandCredit: Alamy

You can catch all of the action live on BT Sport 3 and BT Sport Ultimate.

To stream, download the BT Sport app on your mobile, tablet or PC.

United have now lost three of their last four matches in all competitions and go into the game against the LaLiga giants – who beat them to lift last season’s Europa League crown – with a decimated defence.

Ole Gunnar Solskjaer saw star men Harry Maguire and Luke Shaw limp off during the dramatic defeat against Aston Villa on Saturday with the club confirming the pair did NOT train on Tuesday.

And with Aaron Wan-Bissaka out following his red card against Young Boys, the United boss has very few options in defence.

David de Gea is expected to keep Dean Henderson out of the team, while Diogo Dalot will likely replace Wan-Bissaka on the right. 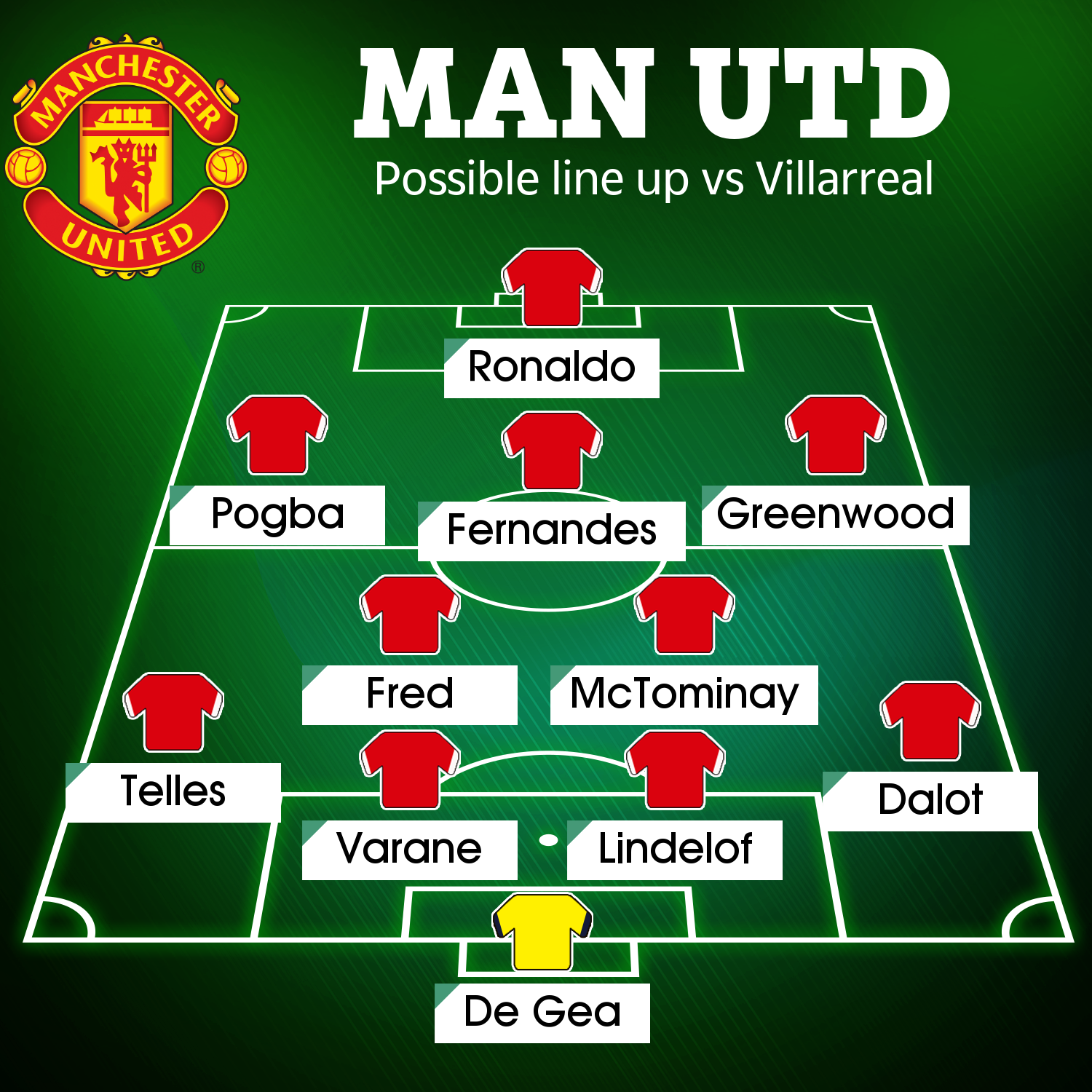 *All odds from Betfair and correct at time of publication.