JESSE LINGARD has added to his sleeve tattoo with two new images of angels, both of which bear striking resemblance to his daughter.

Four-year-old Hope seems to be the source of inspiration for the fresh ink on the left arm of the Manchester United star.

Lingard had some fresh ink added to his arm this weekCredit: Instagram @dalemcgoverntattoos 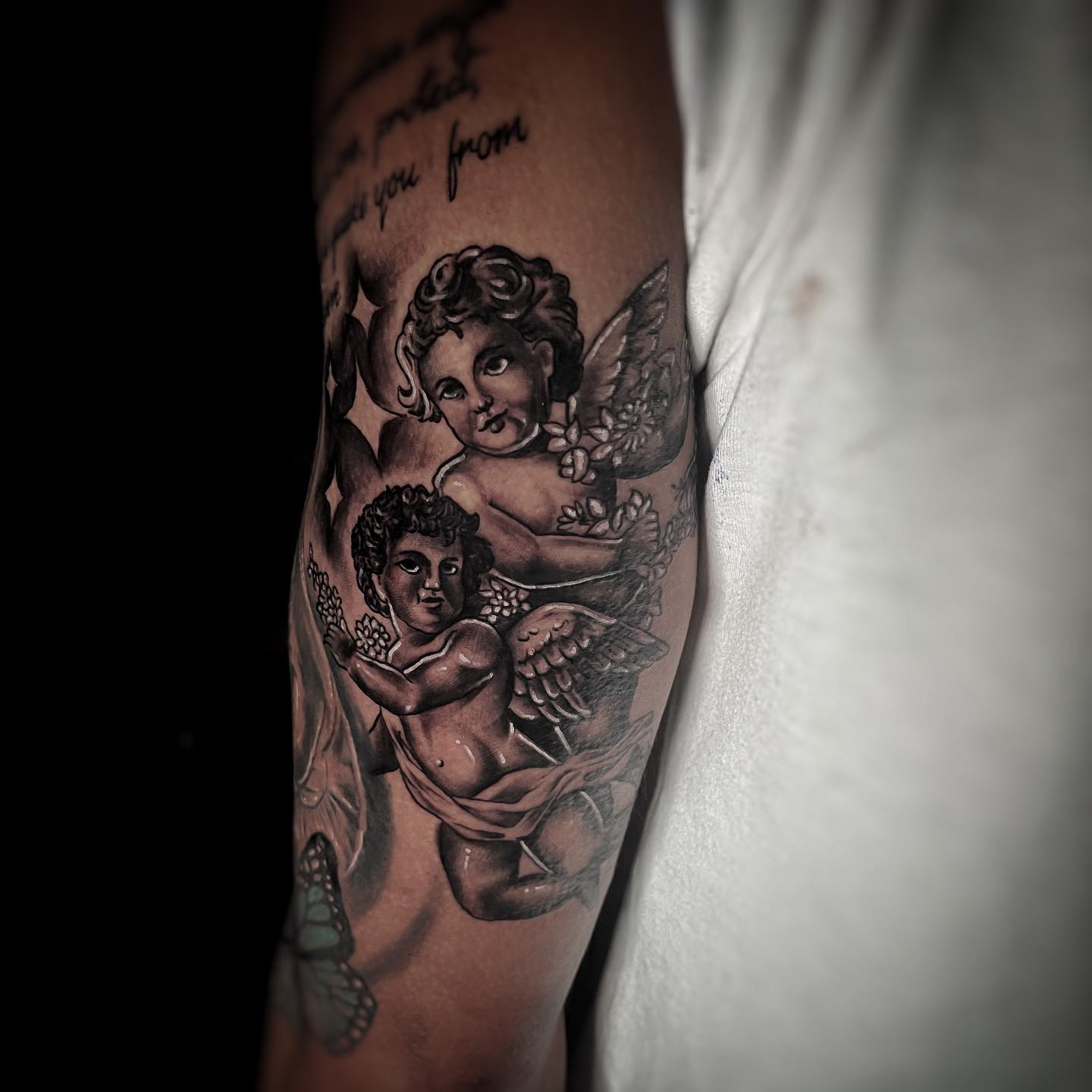 The two new angels on his left arm are seemingly in tribute to his daughter HopeCredit: Instagram @dalemcgoverntattoos

Lingard’s tattoo artist Dale McGovern took to Instagram to show the 29-year-old under his tattoo machine.

And in heartwarming fashion the two new figures on his arm appear to be in tribute to his only daughter.

Lingard has sleeve tattoos on both of his arms, with the latest ink offering a particularly personal note.

The attacking midfielder is co-parent to Hope alongside fitness model Rebecca Halliday.

He first met Halliday on a night out in Manchester and she fell pregnant soon after.

The pair are no longer an item but are said to remain on good terms. 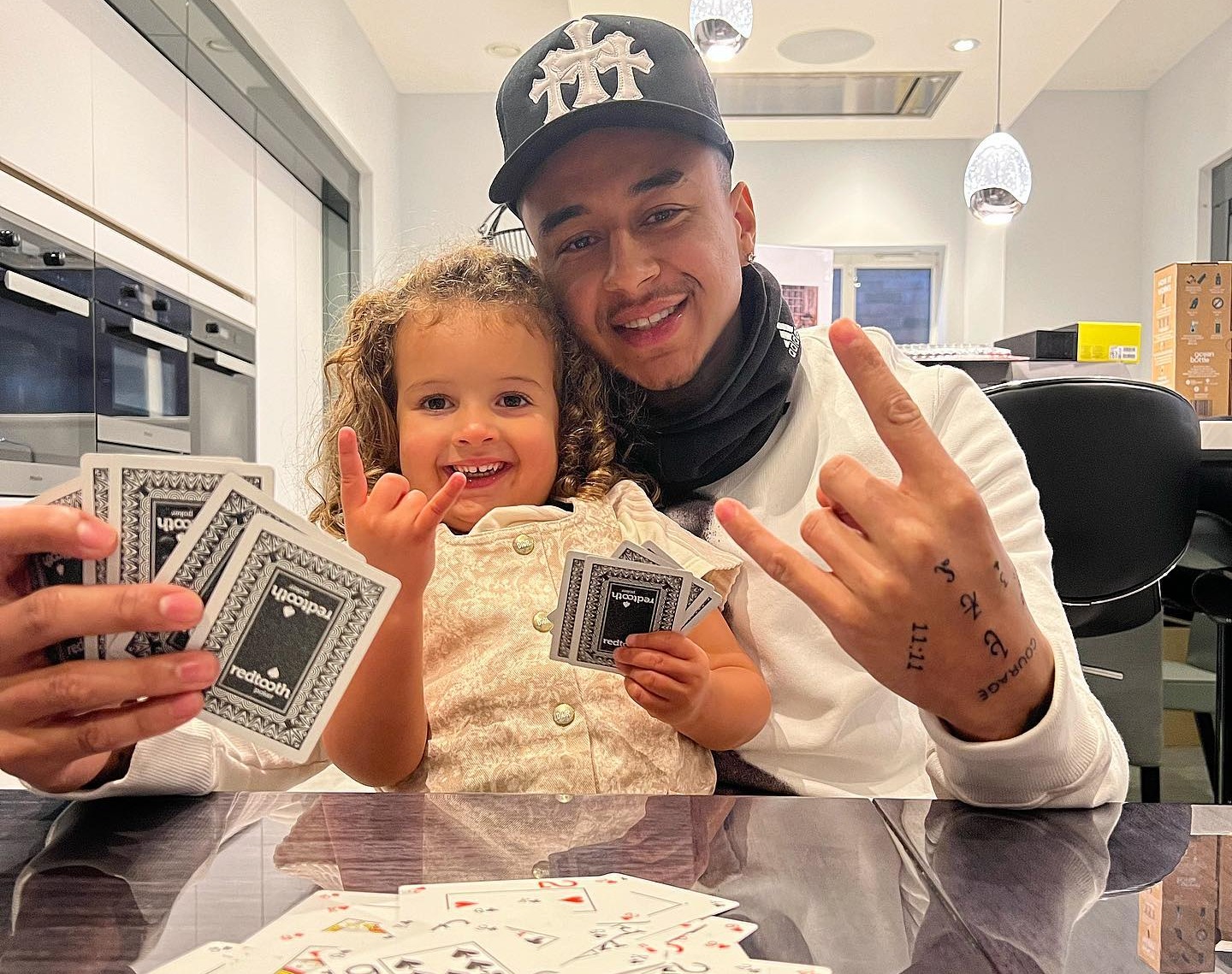 Lingard’s latest ink came two days after he was given a rare cameo appearance in the Premier League for Manchester United.

His ten minutes off the bench in the 1-1 draw against Burnley was the longest he’d played in a game for two months.

The goalscoring midfielder is also still yet to start a Prem game this campaign.

He was strongly linked with a move away from United in January but was denied a deadline day move to West Ham or Newcastle.

Interim boss Ralf Rangick then revealed Lingard had been granted time off to ‘clear his mind’ after being forced to stay at Old Trafford.

But Lingard himself hit back at those claims, suggesting he had been advised by the club to take time off, and hadn’t asked for it himself.

Lingard is into the final months of his Manchester United contract and seems destined to leave his boyhood club on a free transfer in the summer.