The winger, 21, has struggled to get his Old Trafford career off the ground since his £73million summer transfer from Borussia Dortmund.

Jadon Sancho is yet to make an impact since his arrival at Man UtdCredit: Reuters 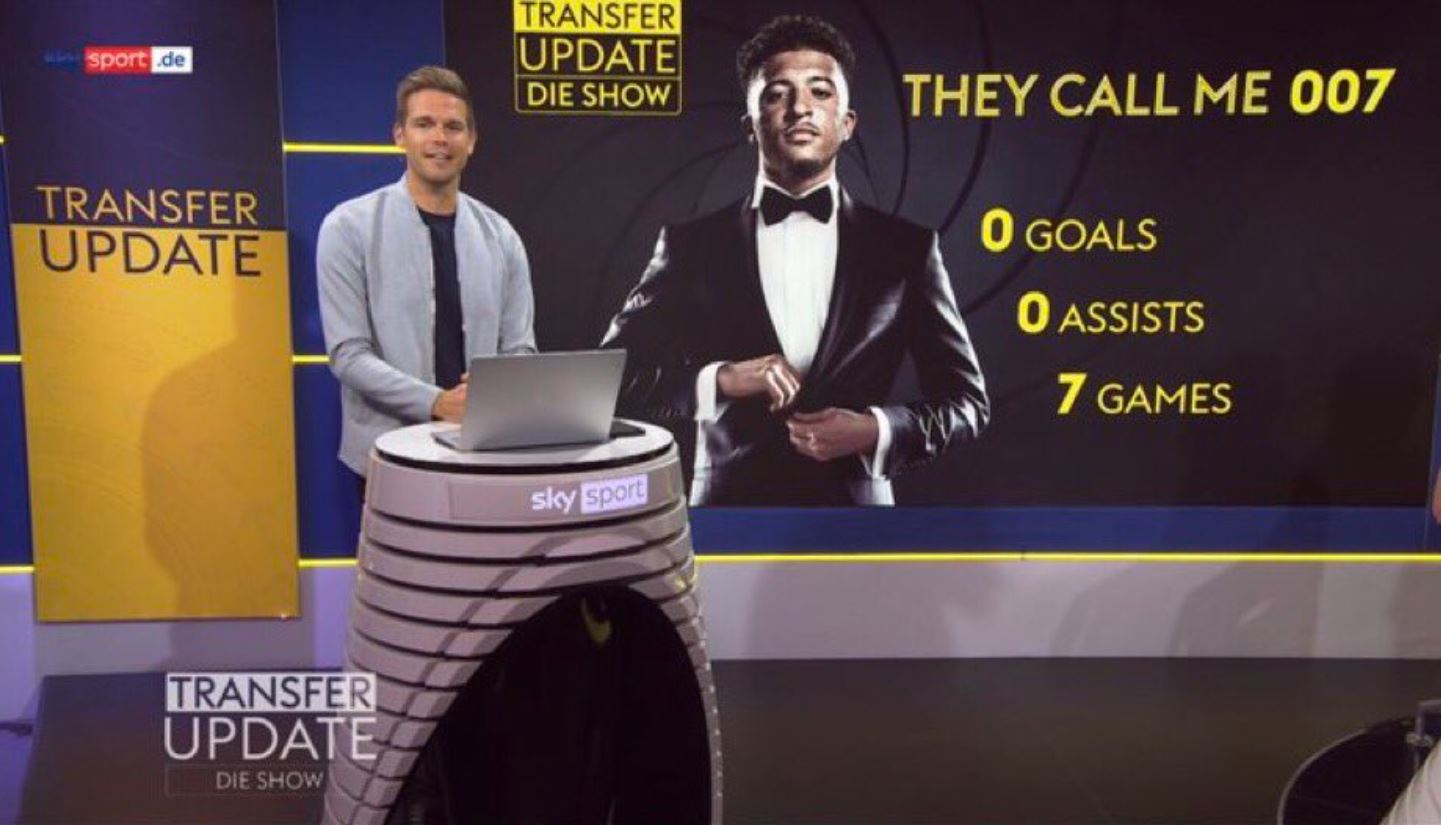 Sky Germany decided to use his dire Prem stats to poke fun at him James Bond styleCredit: Twitter

The England man only boasts three Premier League starts this season and is yet to register a goal or assist across all competitions for United.

He has played eleven times in all competitions for the Red Devils, with seven of those coming in the top-flight.

Sancho, who failed to get off the bench as United were battered 5-0 at home by Liverpool on Sunday, has received plenty of stick for his poor form since returning to England.

Now Sky Germany have decided to join in by mocking him up as James Bond as they looked at his numbers.

Focusing on his Prem stats, they cruelly poked fun at him by stating his zero goals and zero assists followed by his seven appearances.

They were accompanied by an image of the ace dressed up as the much-loved Bond character, played by Hollywood star Daniel Craig recently in the latest ‘No Time To Die’ instalment, suited and booted.

Sancho and his teammates are still reeling after their hammering over the weekend.

They only have one point out of the last 12 in the Prem as the tough tests keep on coming.

United travel to Tottenham on Saturday before then welcoming rivals and defending champions Man City to Old Trafford.

That is followed by a trip to Watford and then a bumper clash at Stamford Bridge against Champions League winners Chelsea.