CRISTIANO RONALDO was honoured with the Globe Soccer’s Top Scorer of All Time award in Dubai on Friday.

The Manchester United and Portugal superstar has netted a ridiculous 803 goals in 1,104 career games for club and country. 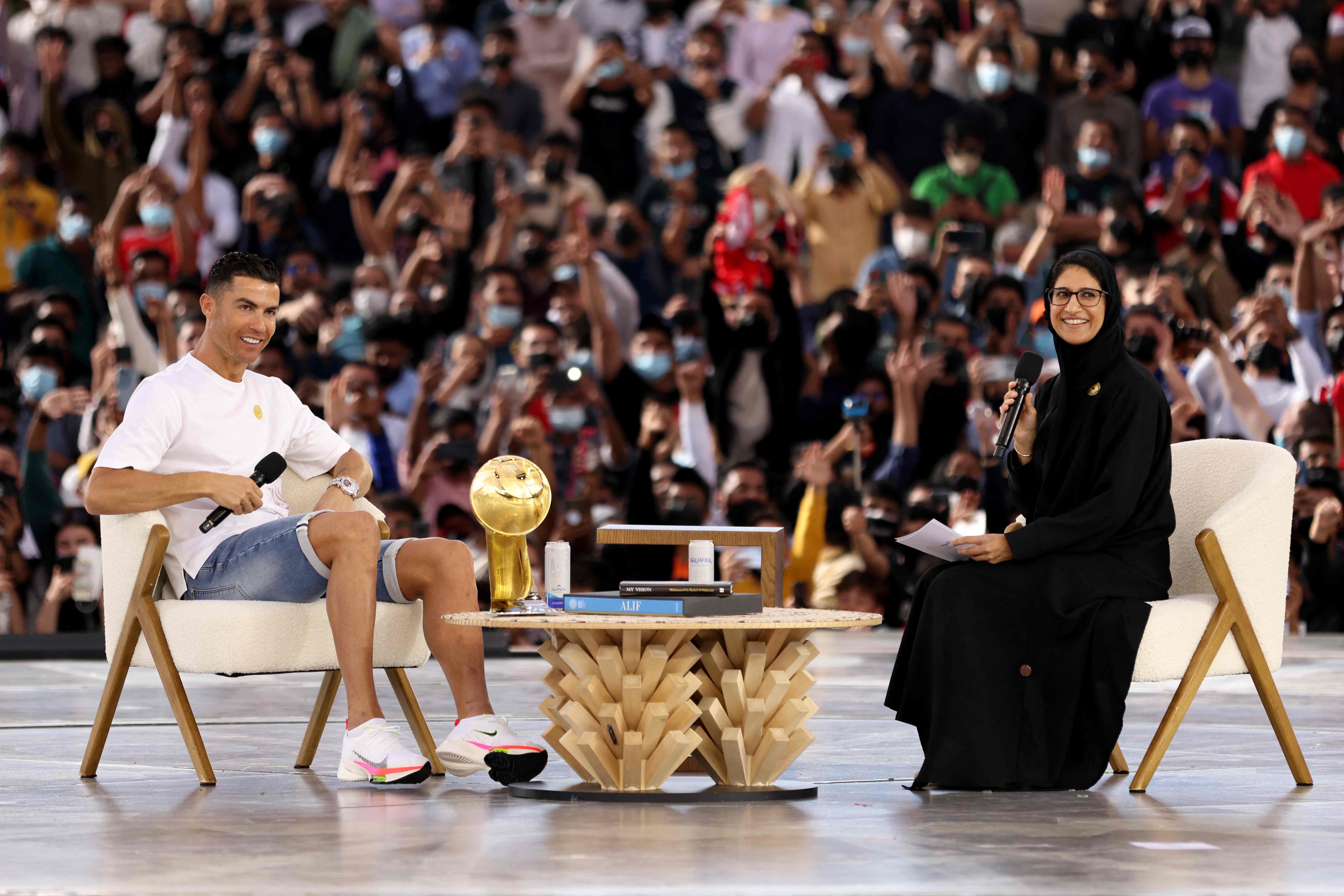 He then addressed his adoring fans with an acceptance speechCredit: AFP 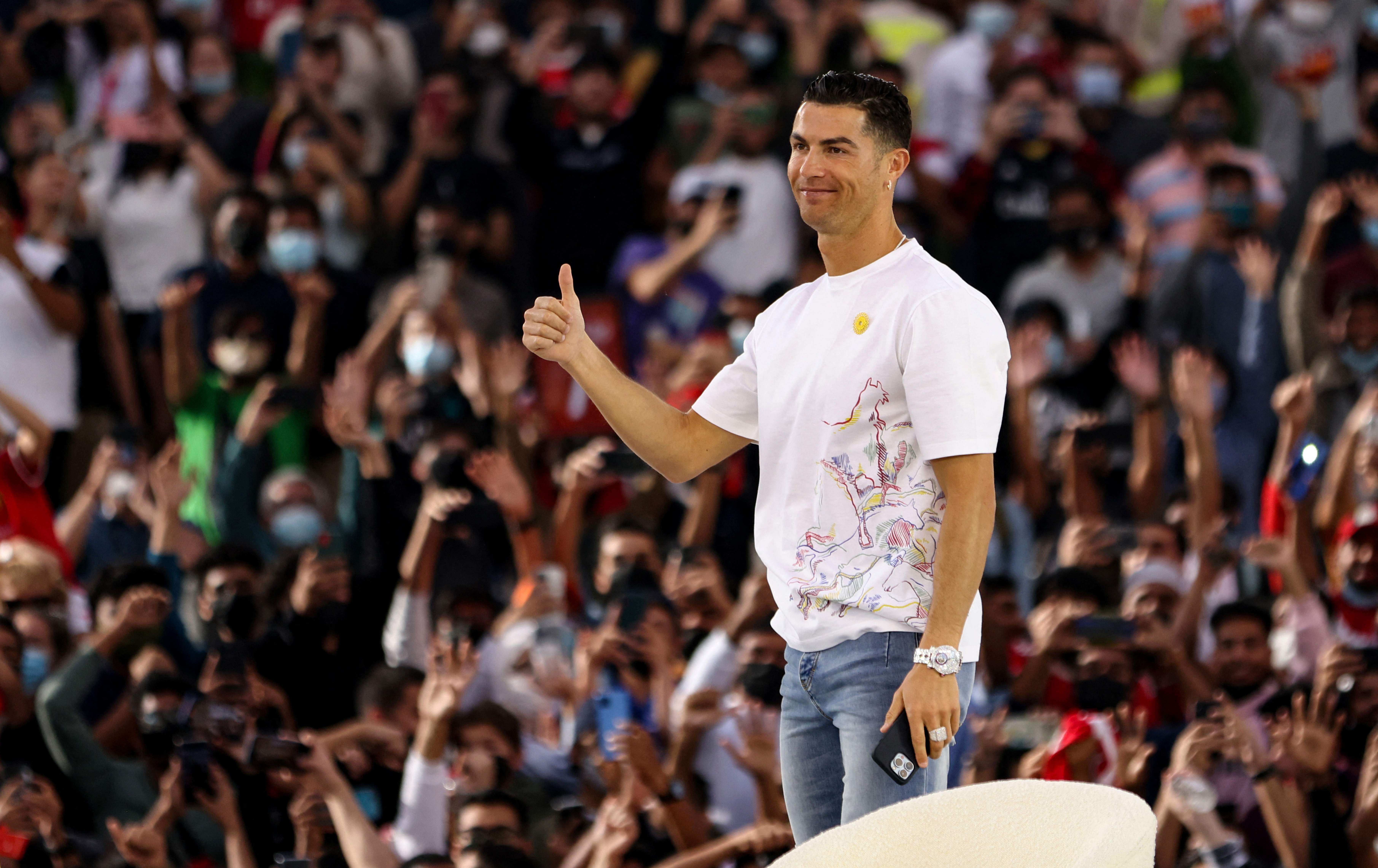 The Man Utd man is currently enjoying some time in the Middle East during the winter breakCredit: AFP

And that remarkable tally saw him recognised with the goalscoring accolade in the Middle East.

Ronaldo stepped onto the stage at the Dubai Exhibition Centre in front of a live audience.

After accepting the award, he then gave a speech.

Ronaldo said: “Listen carefully. What I’m going to say, it’s coming from the bottom of my heart.

“I didn’t expect this platform coming up, to see many people like this waiting for me.

“So, you guys are my motivation to play football. Without you guys, the football would be less. We’re guided by the fans.

“Just to feel that warmth, the love, it makes me feel so proud.

“I don’t have words to express myself more than that.”

Ronaldo is currently in Dubai with his family and celebrated his partner Georgina Rodriguez’s 28th birthday in style on Thursday.

The 36-year-old dad-of-four spent thousands lighting up Dubai’s skyline with pictures of Rodriguez on the front of the Burj Khalifa.

He posted a video, showing the stunning Spaniard’s face on the facade of the famous tower on his Instagram.

And the pair posed together with the building in the background as they enjoyed a special occasion.

Cristiano, enjoying a break from the busy footballing calendar with his four children, wrote in Portuguese alongside the spectacular video footage: “Many congratulations my love” followed by a heart and birthday cake with candles emoticons.

Ronaldo, who has netted 14 times in 23 games for United this season, is expected to return to Old Trafford in the coming days as they prepare for their FA Cup fourth round tie against Middlesbrough on Friday, February 4.

Ralf Rangnick’s side then head to Turf Moor for a Premier League clash with Burnley four days later, before home matches against Southampton and Brighton.