SHAUN WRIGHT-PHILLIPS says Manchester United should be used to chasing City by now.

After all, the Red Devils have spent most of the last decade trying to keep up with the ‘noisy neighbours’. 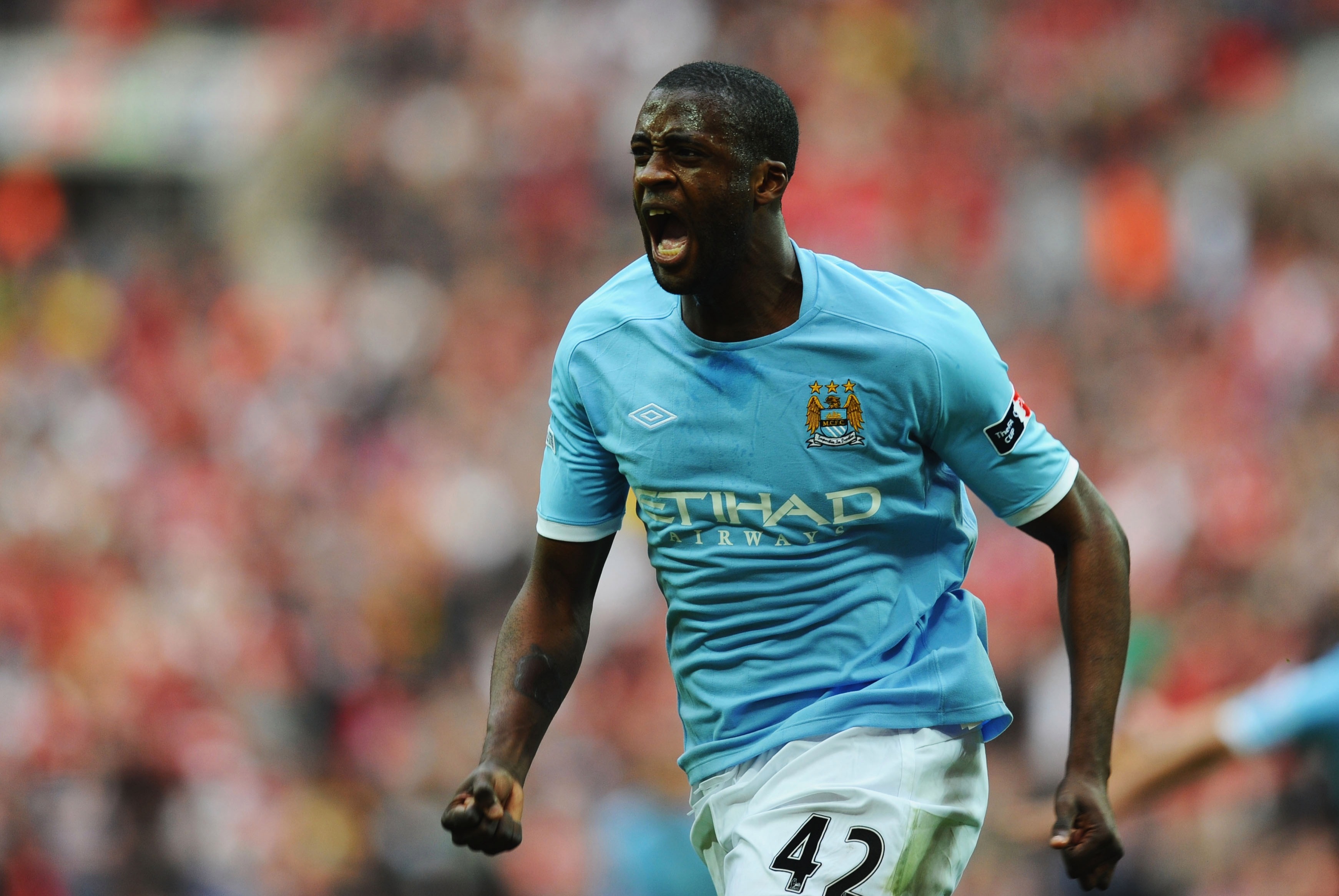 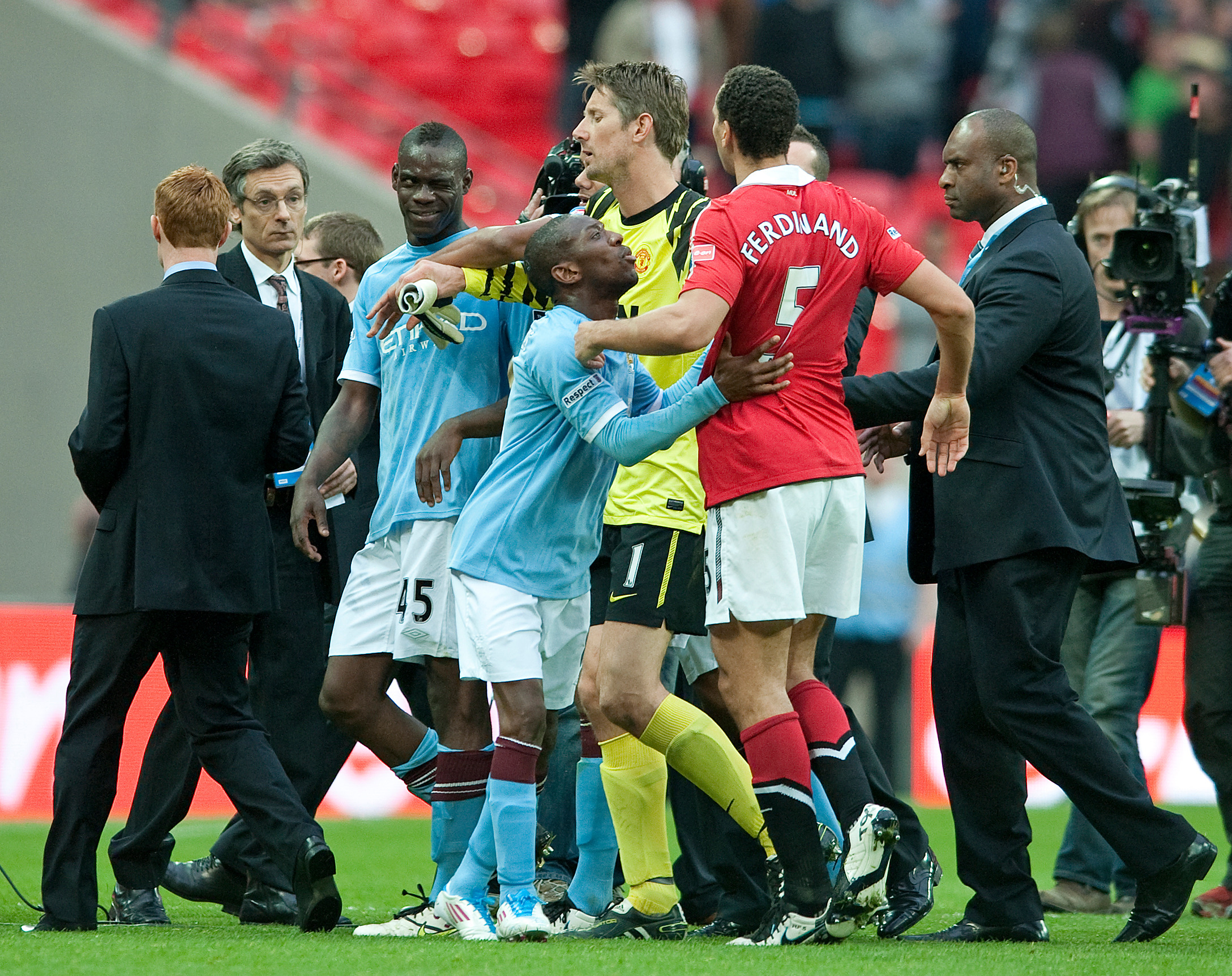 City’s SWP was part of Roberto Mancini’s side who struck a crucial blow in the battle for supremacy ten years ago next month.

Like many in the blue corner, he points to the FA Cup semi-final between the two clubs at Wembley in April  2011 as being a seismic day.

And much to Wright-Phillips’ delight, his beloved Man City have barely looked back since.

The former England ace recalled: “That game was clarification things were starting to turn in Manchester.

“That day was significant. It was a huge occasion — Wembley, a derby, a cup semi-final.

“For so long United had been the dominant force but the feeling was that our time was coming — when we’d start winning some trophies.

“That’s what they’ve been doing since — with City at No 1 and United at No 2 in Manchester. And that is how it is going into this derby.”

Ten years ago things were very different in Manchester — and there was no doubt who were top dogs before that semi-final.

United were en route to yet another Premier League title and also reach the final of the Champions League that season.

By contrast, City had crashed out of the Europa League to Dynamo Kiev and had been thumped by Liverpool at Anfield days earlier.

But a second-half goal from Yaya Toure proved to be the difference and the fans celebrated by doing the ‘Poznan’ in the Wembley stands. 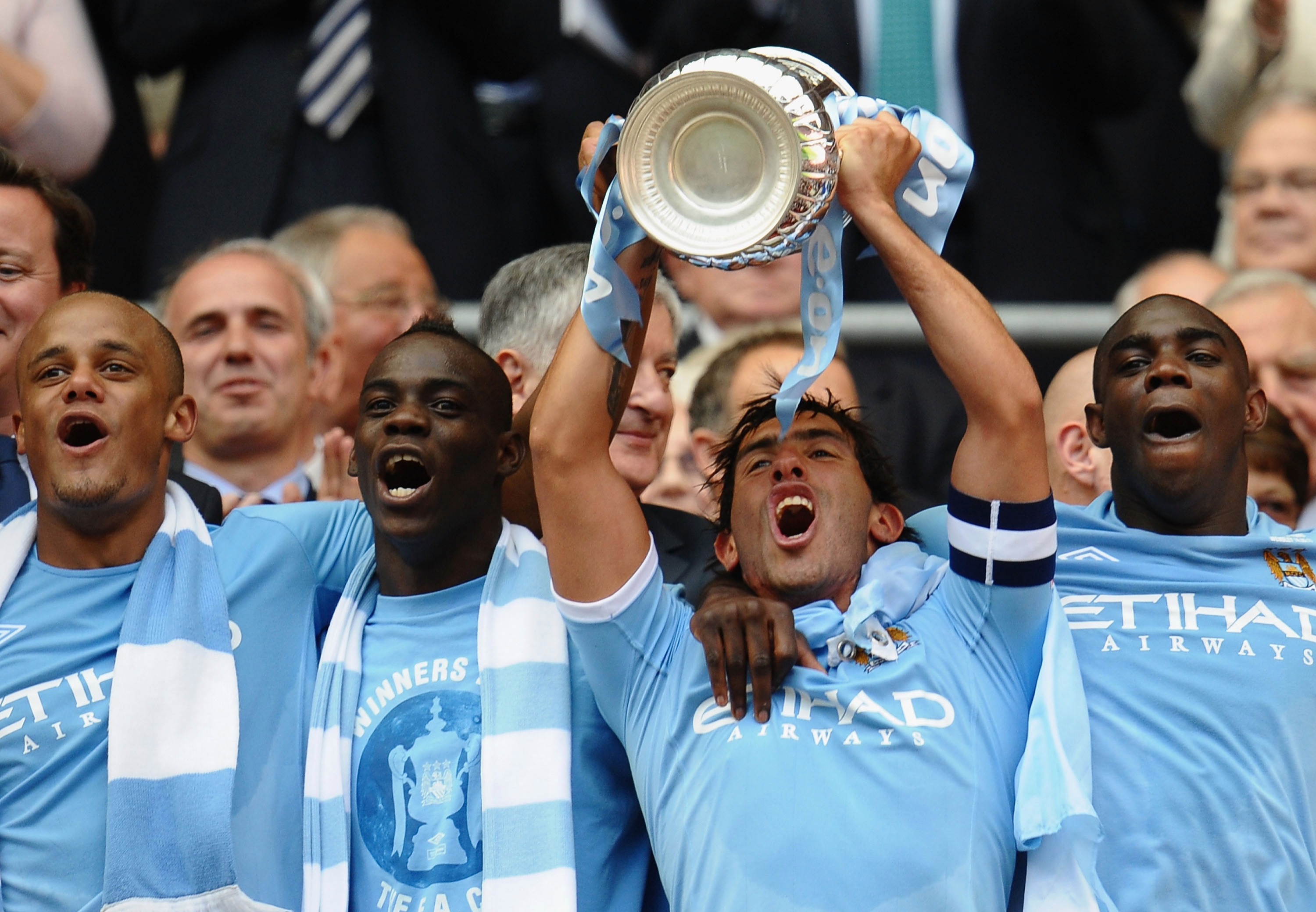 Man City went on to lift the FA Cup after their semi-final victory over Man Utd in 2011Credit: The FA – Getty Images

SWP, now 39, said: “They were a top side, winning a lot of trophies and our form hadn’t been great going into it.

“Of course they were the favourites in many people’s eyes. But it was an FA Cup semi-final at Wembley — so we didn’t let recent results bother us.

“We had confidence in what we had in our dressing room and when you’ve got the big man Yaya in your squad you know you’ve got a chance.

“We always knew he could make magic happen and that’s what he did early in the second half.

“It was an amazing atmosphere at Wembley with half of it red and half blue and City fans were doing the ‘Poznan’ after the goal.

“We managed to hang on and for us, it almost felt like we’d won the Cup that day — even though we had to play Stoke in the final and prepare in the right way.

“But it felt significant and there was a great feeling in the dressing room afterwards.

“Of course the United players were disappointed — not only had they lost a semi-final at Wembley, it was also a derby defeat.

“So it was a double whammy for them and days like that hurt. There’s been lots of vital derbies since but I can see why City fans feel like that one was so important.”

Wright-Phillips was a second-half sub that day.

Having grown from a boy to a man with City and having two spells at the club, there was no better feeling than getting one over their rivals. 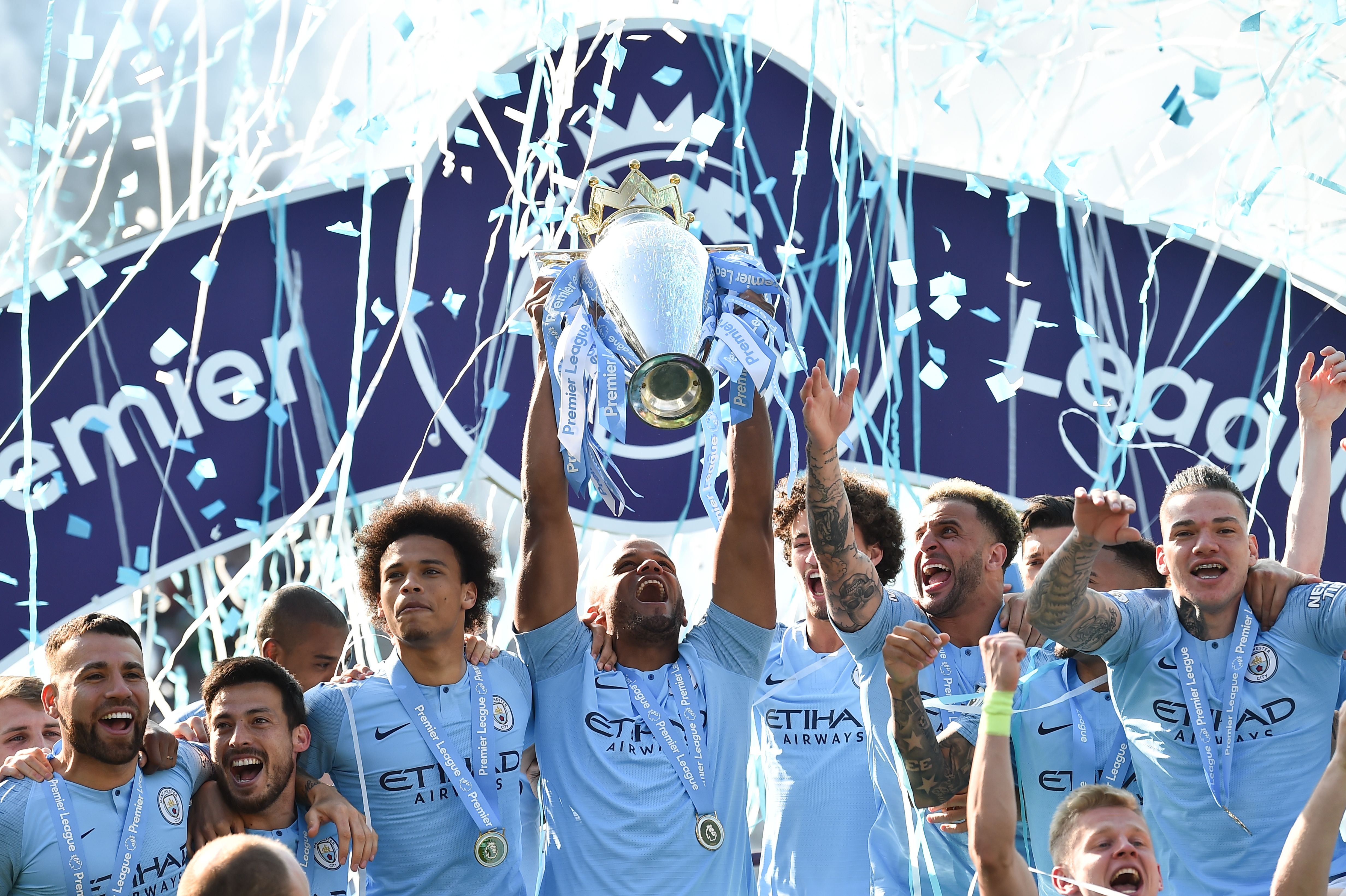 “For me, having joined City at such a young age and playing in all the ‘baby derbies’, scoring in the real one was unbelievable.

“But I always remember the game just a few months before the Wembley one when Wayne Rooney scored  that  overhead kick. That hurt.”

In stark contrast, the meeting between the clubs at Old Trafford in December was instantly forgettable — but he hopes Sunday will be one to remember for his club.

Victory would end United’s faint hopes once and for all and help Guardiola put one hand on the trophy for a third time in four years.

Wright-Phillips said: “I look back to the game at Old Trafford in December and I can’t remember much about it.

“Hopefully on Sunday it will be more memorable. I’m sure if City win it will be one the fans won’t forget as it will end any hopes United have of winning the title.”