Etihad chiefs inserted a 15 per cent sell-on clause when Borussia Dortmund signed him in 2017.

Man City will scoop 15 per cent of the £73m that neighbours United are paying Borussia Dortmund for the former Etihad youngsterCredit: Getty – Contributor 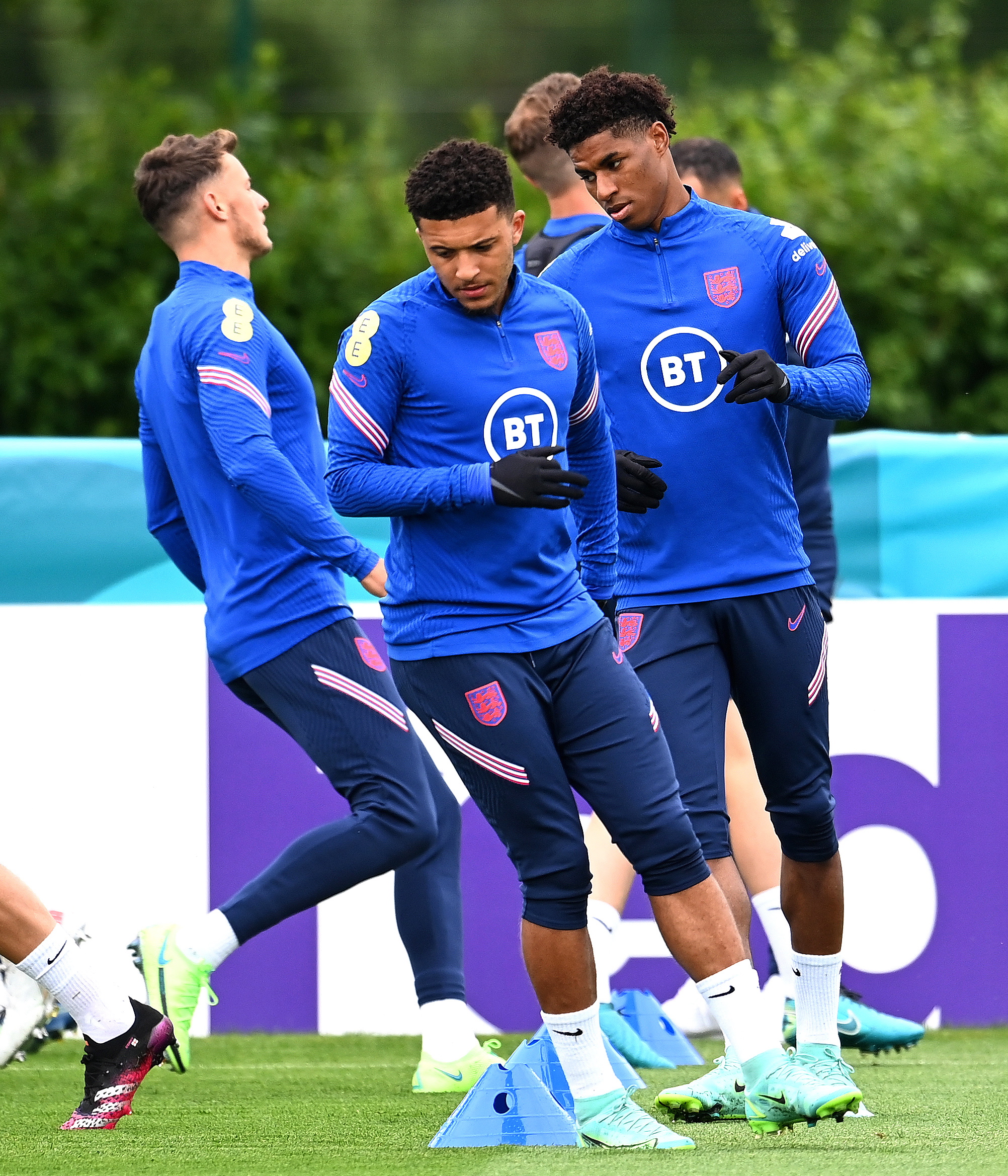 Jadon Sancho has been warned not to let his Man Utd move affect his Euro 2020 focus with EnglandCredit: EPA

And although City were hoping the Bundesliga giants would hold on for nearer their original £120m asking price, Sancho’s valuation has steadily dipped over the past 12 months.

Dortmund and the Red Devils each confirmed on Thursday that United’s third offer for the 21-year-old England winger had been accepted.

The German club said in a statement: “Both clubs and the player reached an agreement on this today.

“If the transfer is realised, Manchester United will pay BVB a fixed transfer fee of EUR 85.0 million.

“The contractual details now have to be coordinated and documented.”

Sancho will have a medical after Euro 2020 before signing what is thought to be a five-year contract at Old Trafford.

But United are recruiting Sancho more for his sensational Bundesliga form of the previous two campaigns than for his spluttering impact with the Three Lions.

So far he has managed just one appearance off the bench in England’s run to a quarter-final with Ukraine this Saturday.

And many German pundits are astonished he is not a regular for Gareth Southgate’s Lions.

But despite his minimal role this summer, United legend Rio Ferdinand has warned Sancho not to lose focus.

The ex-England centre-back told his FIVE YouTube channel: “I don’t need to tell him this because he loves his football, but work hard and make sure everything you do is about being a success at Manchester United and being the best you can be.

“Don’t let anything sidetrack you. Be yourself, entertain and the end product is what you’re about. Bring that to the table.

“The energy and the focus should be solely on football. Just immerse yourself in everything about the club, man.”