MANCHESTER UNITED are pioneering a new approach to getting their youngsters a taste of first-team football.

The Red Devils are opting to ship their budding prospects to EFL League Two clubs for a week-long work experience instead of long-term loan deals in a scheme known internally as the ‘Pro Experience’, The Athletic reported.

A bunch of United’s youth stars have been sent out on week-long work experiences with EFL League Two sidesCredit: Getty 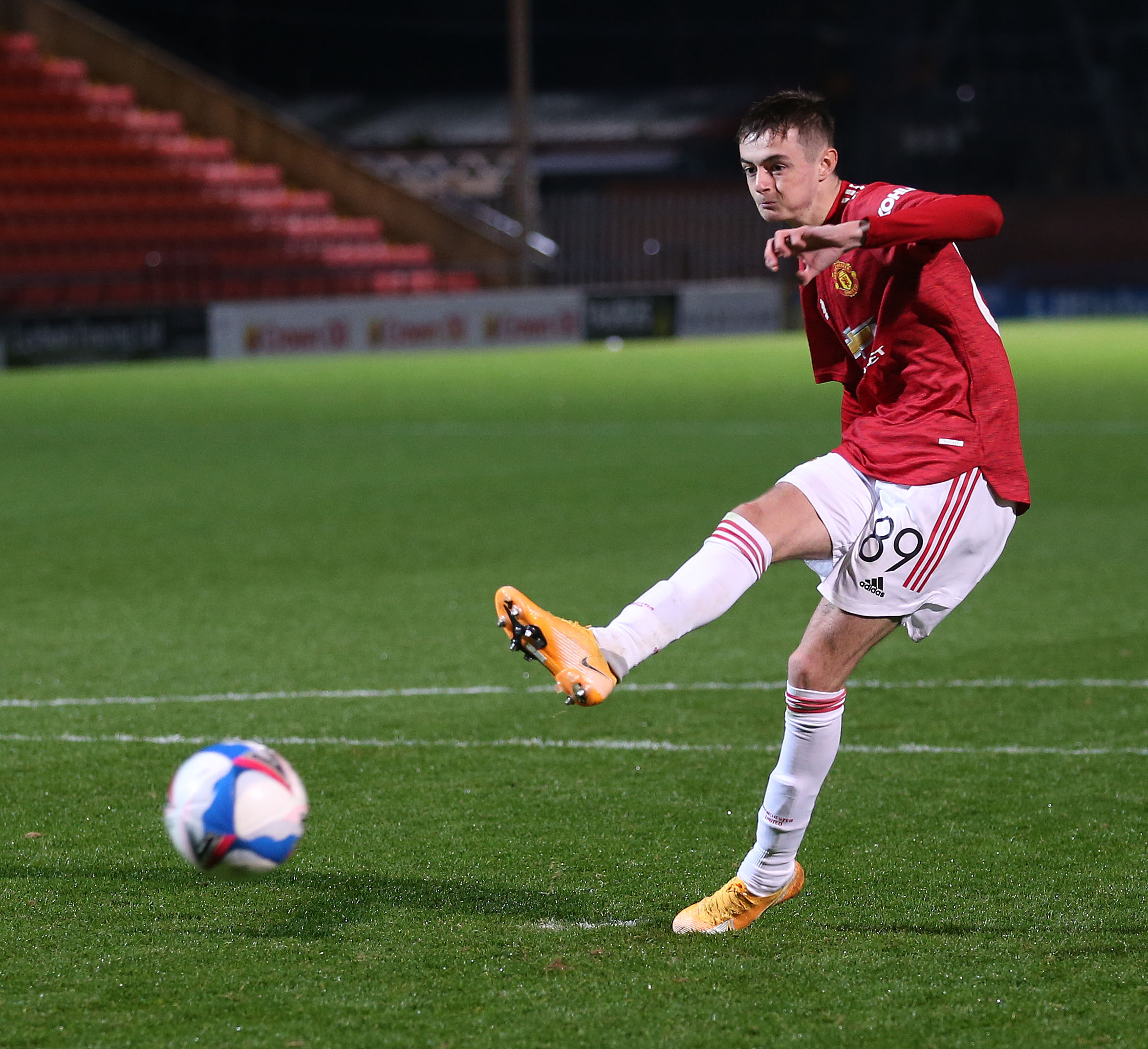 The Red Devils have opted to send out their kids including hot-shot Joe Hugill out for a week instead of on long-term loan dealsCredit: Getty

The ‘Pro Experience’ pilot has been ushered in by United’s head of academy player development Justin Cochrane.

Since joining the Mancunian giants in the summer, Cochrane and U23 boss Neil Wood have sent several future United stars into English football’s third-tier league.

Charlie McNeill and Dillon Hoogewerf went to Sheffield Wednesday, and Rhys Bennett and Dermot Mee were welcomed by Wimbledon.

As part of their week-long stints, each player brushed shoulders with the senior members of each respective team.

Some even travelled with the squad on match-day, warmed up, and got to soak up the dressing-room atmoshphere.

Despite all the youngsters reportedly enjoying the experience, hot-shot striker Hugill’s time with Rovers was brought to an abrupt end when he picked up an ankle injury on his last day with the club.

It’s now believed that the 18-year-old will be out for at least the next few months, which is a blow for both him and United.

The 6ft 2in attacker has already been tipped for a spot in United’s first team by the club’s ex-boss Ole Gunnar Solskjaer following his avalanche of goals since joining from Sunderland in 2020.

Solskjaer was buzzing after witnessing Hugill hit four goals in a 6-3 win over Liverpool for the U23 side back in January.

The giant’s goal haul impressed the Norwegian so much he admitted that Hugill could possibly end up playing with the big boys before fellow teen sensation Amad Diallo who joined the club from Atalanta at the start of this year.