The German, 63, is also claimed to have upset fans during his short stint at Lokomotiv Moscow.

Ralf Rangnick has taken the reigns at Man UnitedCredit: Getty

Rangnick penned a three-year deal with the Russian side in July as head of sports and development.

But he left for United just five months into his deal… after reportedly upsetting locals along the way.

Rangnick arrived at a side that had just come third in Russian top flight, also winning the domestic cup.

According to Goal, he is now being blamed for ‘dismantling’ that successful side – which now finds itself 12 points behind table toppers Zenit after just 16 games.

Sergey Kolesnikov of Russian outlet Sportbox claims that Rangnick has even been labelled ‘the biggest fraud in Russian football history’.

While agent Dmitry Selyuk, whose clients include Yaya Toure, likened him to fictional crook Ostap Bender.

Rangnick’s tenure at Lokomotiv got off to a baffling start when he sold star man Grzegorz Krychowiak for just £2.1million to domestic rivals Krasnodar – despite the Pole wanting to stay.

He then made a number of expensive acquisitions of largely unproven players – with the jury still out on them.

Rangnick then oversaw the departure of popular manager Marko Nikolic in October – before being accused of hiring a ‘puppet’ in Markus Gisdol as replacement.

Lokomotiv’s former club president Nikolay Naumov blasted the appointment, saying: “He is not a coach, but rather a secretary.

“Rangnick doesn’t need someone like [Jose] Mourinho or [Roberto] Mancini, but rather a man who will follow his instructions.

“They came to the club with just one goal – to turn Lokomotiv into a business of buying and selling players.

“Results aren’t important for them, and they need an anonymous coach who was willing to take a good salary and do what they say.”

The former RB Leipzig and Schalke boss will be in the dugout for the first time against Crystal Palace tomorrow – before overseeing the rest of the season.

He will then take on a consultancy role.

Rangnick will reportedly pocket more than double his Lokomotiv salary at £8m-per-year – having signed an annual £3.8m deal in Russia. 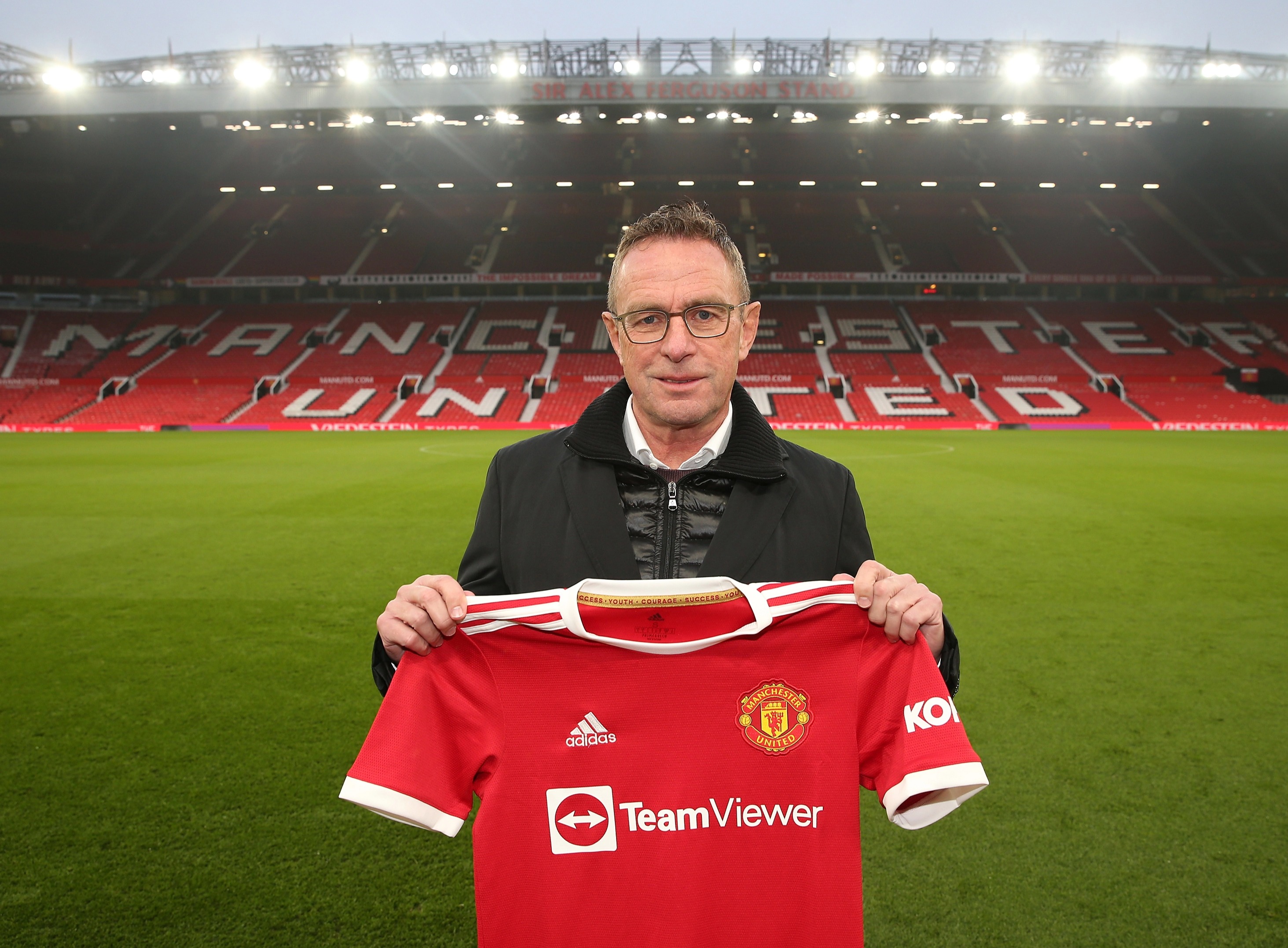 Rangnick, 63, will take charge at Old Trafford until the end of the seasonCredit: Getty