MANCHESTER UNITED are reportedly eyeing up a move for Seville centre-half Jules Kounde.

Ole Gunnar Solskjaer has got United well into the Premier League title race and could look for January additions to keep them at it. 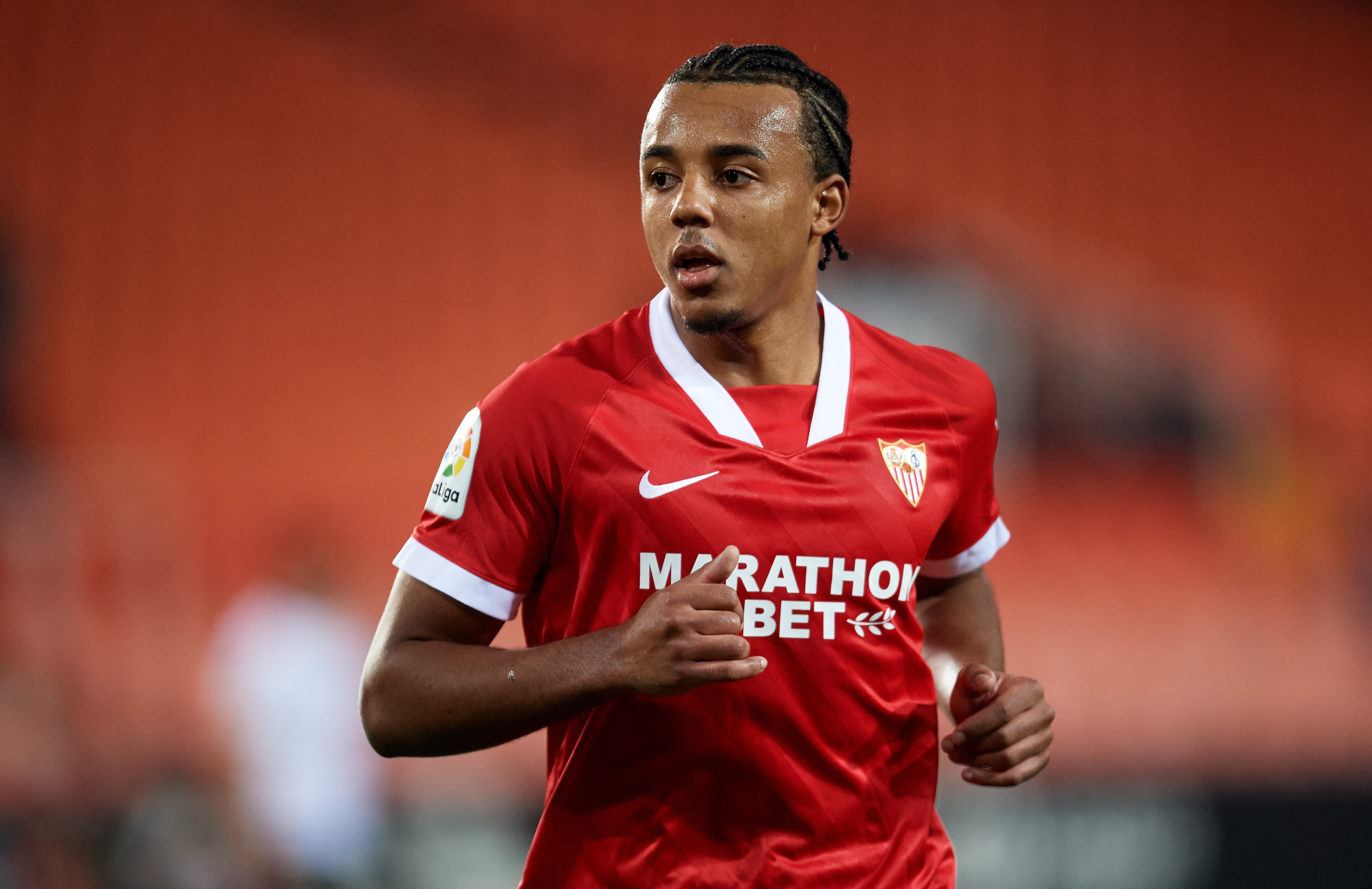 And it could see him trump bitter rivals Manchester City to the signing of the talented Frenchman, according to Mundo Deportivo.

Pep Guardiola was interested in Kounde last summer, but City are reported to have seen a £50million bid rejected.

But if United want to nip and and snap up the 22-year-old they might have to match his £72m release fee.

While Harry Maguire is a shoe-in, Solskjaer has struggled to find consistency alongside the captain.

Victor Lindelof and Eric Bailly are the two fighting to bag the spot alongside, but there are still questions over each.

Axel Tuanzebe is seen as one for the future having impressed when called upon.

Meanwhile one player who could head OUT of Old Trafford is Timothy Fosu-Mensah.

The 22-year-old’s current deal ends this summer and he is believed to be considering offers from clubs abroad.

The Mirror claims that United will ‘have to come up with an improved offer’ in order to persuade the player to stay at Old Trafford.

If Fosu-Mensah departs at the end of the season, United would end up with only a small training fee for a player who has not featured in the Premier League since the opening game against Crystal Palace.

He has featured only two other times for Ole Gunnar Solskjaer’s side – as a sub in the Champions League.

The likes of Marseille and Hertha Berlin are believed to be in the running for the versatile Dutch international.