TEDDY SHERINGHAM has called on Harry Maguire to stand up and lead Manchester United out of their current crisis.

Red Devils legend Sheri fears for the club as they prepare to face Spurs, another of his old teams, in tomorrow’s crunch Premier League teatime clash.

Harry Maguire has been told to stand up and lead Man Utd out of their current crisisCredit: Reuters 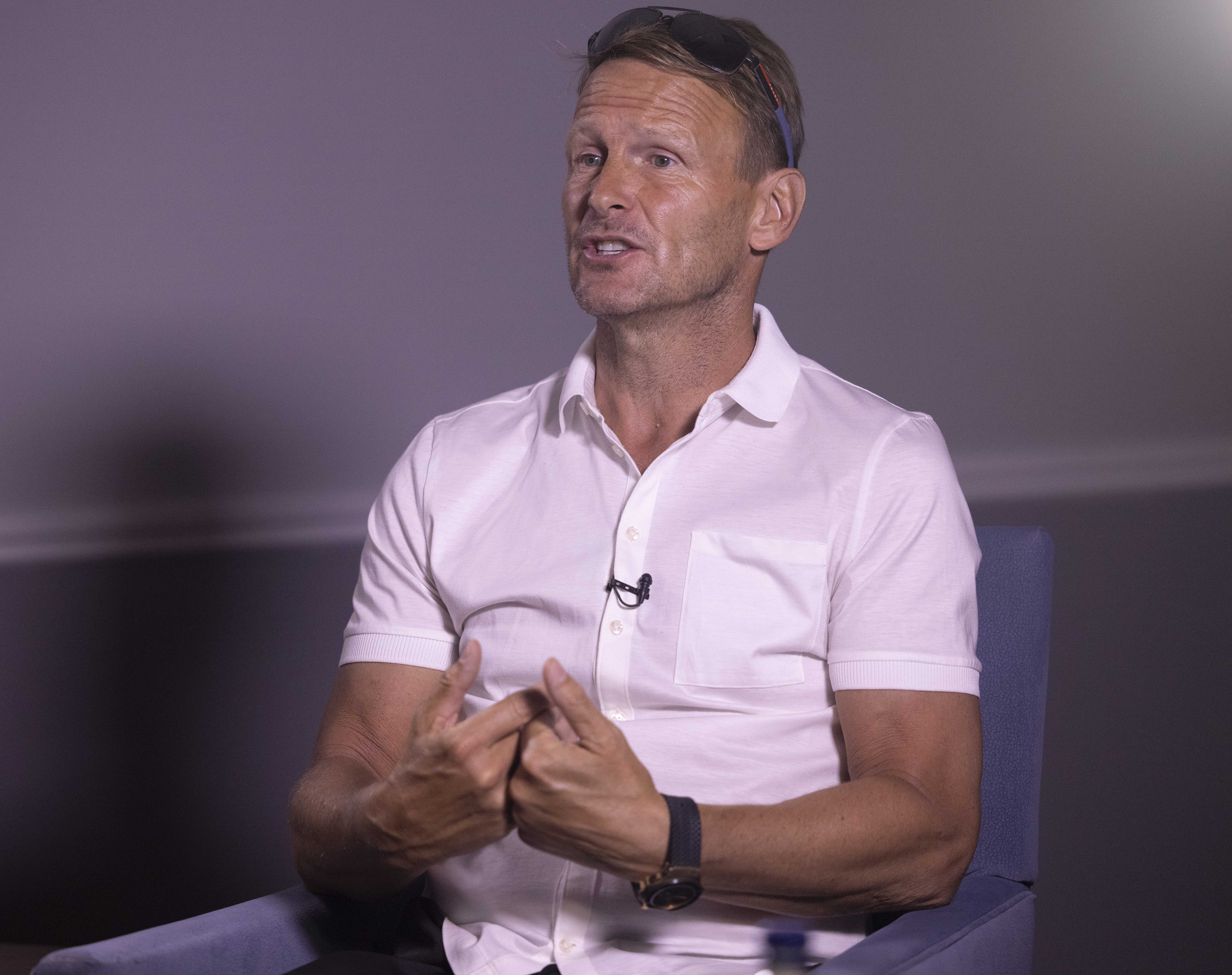 He reckons Maguire, who recently returned from a calf injury, is struggling with the captaincy.

The £85million skipper was criticised for four of the goals in Sunday’s 5-0 drubbing by arch-rivals Liverpool — which came a week after they shipped four at his former team Leicester.

Former England striker Sheringham said: “Maguire is having a ragged time. Once they went 2-0 down, the game plan and cohesion went out of the window, people started doing their own thing and it became chaos. Everyone was at sixes and sevens.

“That’s where you need to keep your head and you need a good skipper who tells everyone, ‘Calm down, we’ll get back into it’.

“It doesn’t look like there is a proper captain out there leading and demanding they stay in their structure.”

It is difficult to say who has had a more torrid time recently — Maguire or Steve Bruce.

Former United skipper Bruce lost his job as Newcastle manager after a concerted campaign from the Toon Army.

But, according to Sheringham, Maguire could take a leaf out of Bruce’s leadership book.

He said: “When you keep conceding goals, you need a big, strong leader and defender.

“When United started their good reign, Steve Bruce and Gary Pallister tucked their full-backs in and told them they go nowhere.

“They didn’t care how many crosses a young Gary Neville and Denis Irwin put in as long as the opposition didn’t put any in, they stayed tight and didn’t concede. A top player would win it at the other end.

“It seems like everyone is doing their own thing and looking after themselves — and that’s not how a team works.

“They need to stand by each others’ sides, dig deep in the trenches and work hard together to pull through.”

Since then, United have been well off the pace, points-wise, in the Premier League and failed to end their four-year trophy drought.

But Sheri reckons the England man, 28, should keep the role — although he must learn from iconic skippers of yesteryear. 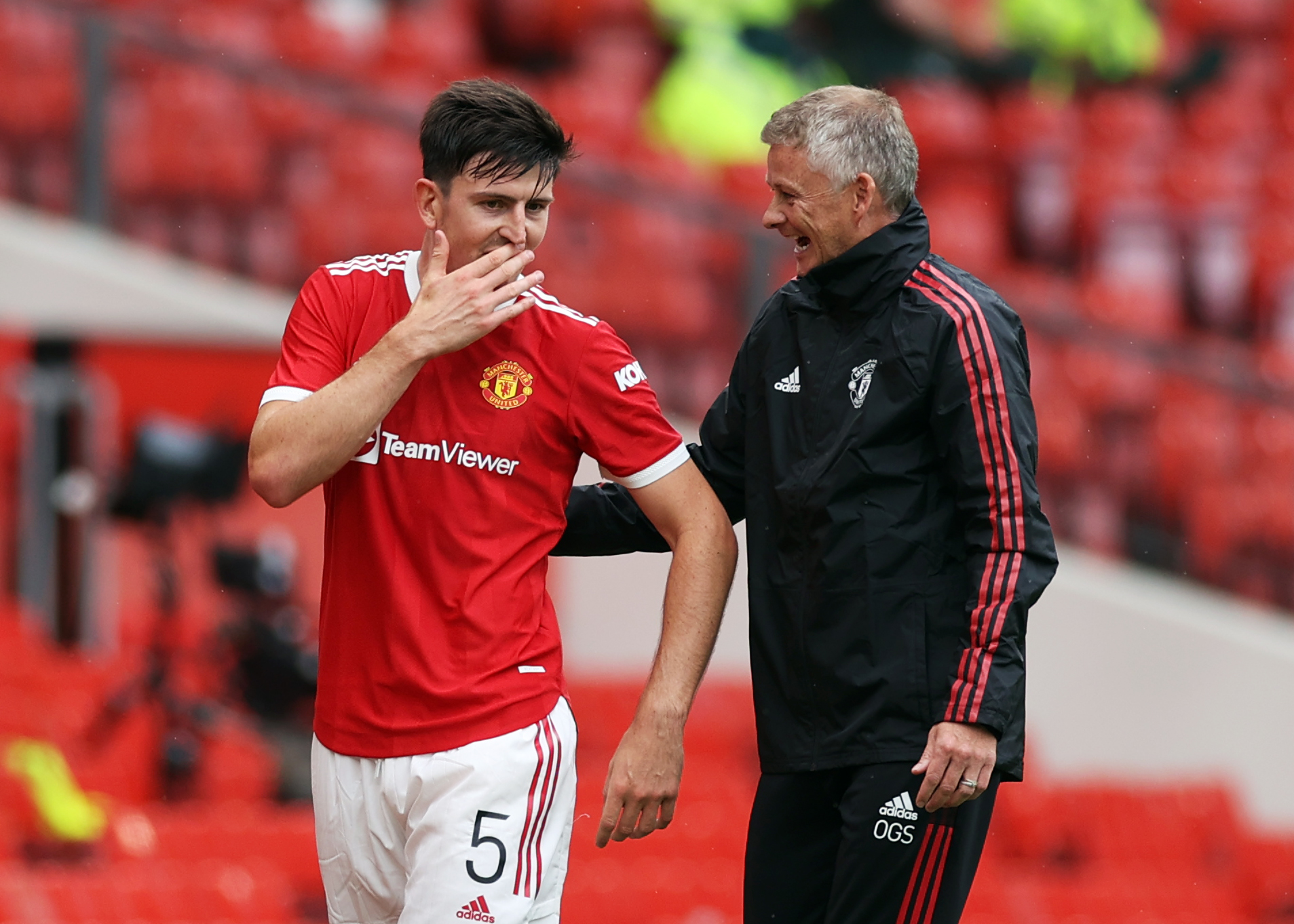 He added: “I understand it looks horrendous, 5-0 at home against your biggest rivals.

“I still think he is the leader of the team. But I don’t see him being as vocal as he should be, like a Tony Adams or a John Terry who demand stuff from others even if they are not having a good game.

“United need leaders to come out and lead and demand better performances from others.

“Big captains and big players do that. They don’t worry about all the stick flying about, they puff their chest out, roll their sleeves up and say, ‘I’m a decent player, come and follow me and we’ll be alright’.

“You can’t just go home and point fingers, you need to look at yourself first and do more.

“I don’t think there’s enough of that around the camp at the moment.”

Paul Pogba was praised for doing exactly that for France, with rousing speeches to help inspire Les Bleus to World Cup and Nations League glory.

But after coming on at half-time against Jurgen Klopp’s rampant Reds, his only impact was halfway up Naby Keita’s shin with a shocking tackle that saw him sent off.

Treble-winner Sheringham, speaking on behalf of 888sport, said: “You know if you put in a tackle like that anywhere near to over the ball, you’re going to get a red card. 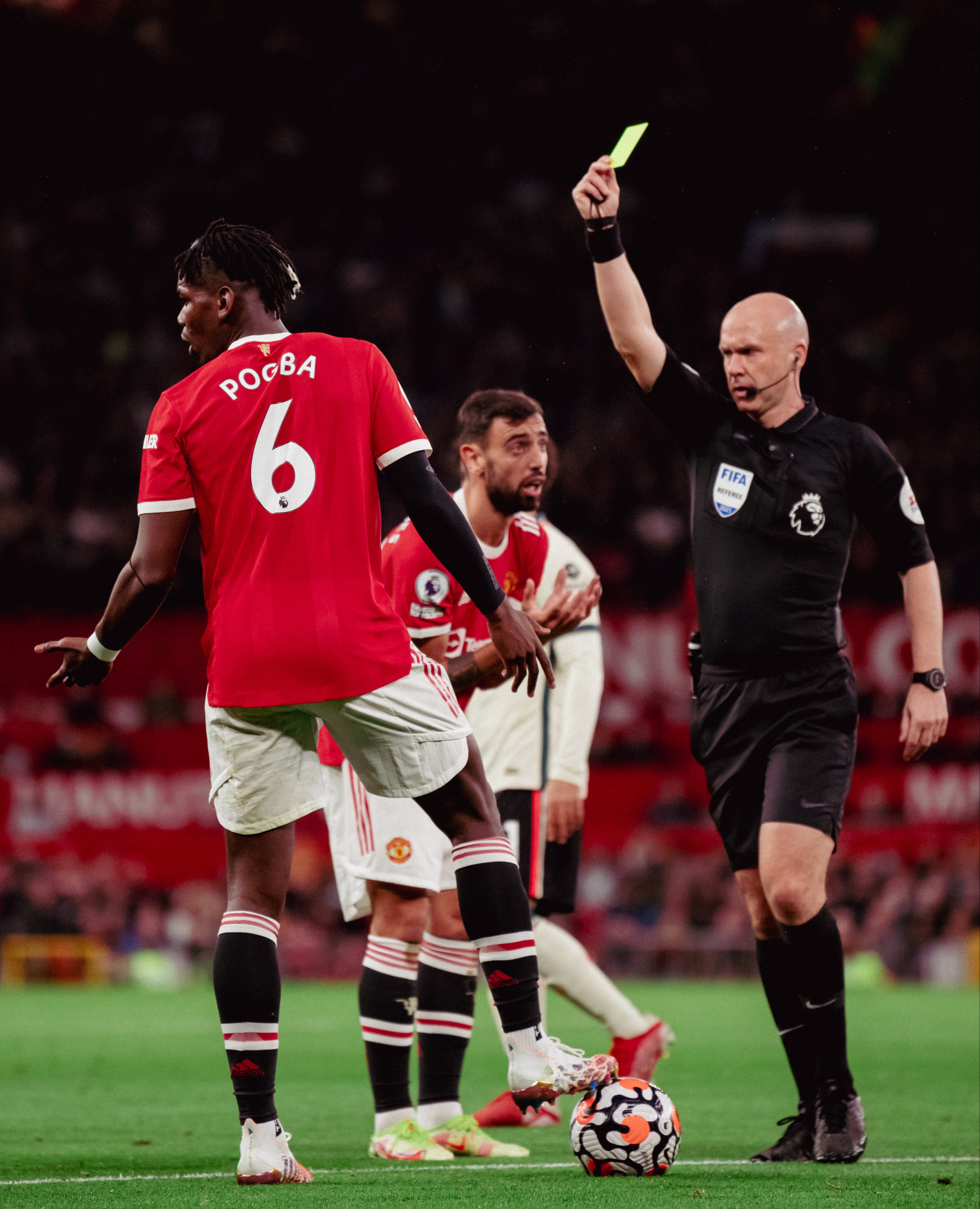 Paul Pogba was sent-off just 15 minutes after coming off the bench against LiverpoolCredit: Getty

“You can half understand what he’s trying to do to turn the game around and put a hard challenge in — that was the way in our day years ago but you can’t do that any more. He knows that, he’s been a silly boy.

“I’m not going to go as far as saying he shouldn’t play for Manchester United again but he’s let his team-mates down because they had the rest of the second half with ten men already 5-0 down.”

Sheringham and Solskjaer dramatically teamed up to give United one of the greatest nights in the club’s history when they scored in injury time of the 1999 Champions League final against Bayern Munich.

Ole described Sunday as his ‘darkest day’ as a manager.

His former team-mate believes the board should stick with him . . . for now.

“He’s been given money, he brought in the players he wanted, you’ve got to give a manager the chance to turn it around.

“They’ve backed him in the market, now they’ve got to back him when the chips are down.

“I know it hasn’t been great but it’s still early in the season, things can change very quickly. Ole knows the situation, he knows his neck is on the line.

“I don’t know how long you give him, look at the fixtures, see what you can do to turn it around. That’s all he can do and then let others decide.”

TEDDY SHERINGHAM was speaking on behalf of 888sport.com — head there for the latest Premier League odds.