PAUL SCHOLES considered joining Everton when he came out of retirement – before Sir Alex Ferguson sorted him a contract at Manchester United.

The legendary midfielder, now 46, hung up his boots in 2011 but continued to be involved with coaching the Under-23s at Carrington. 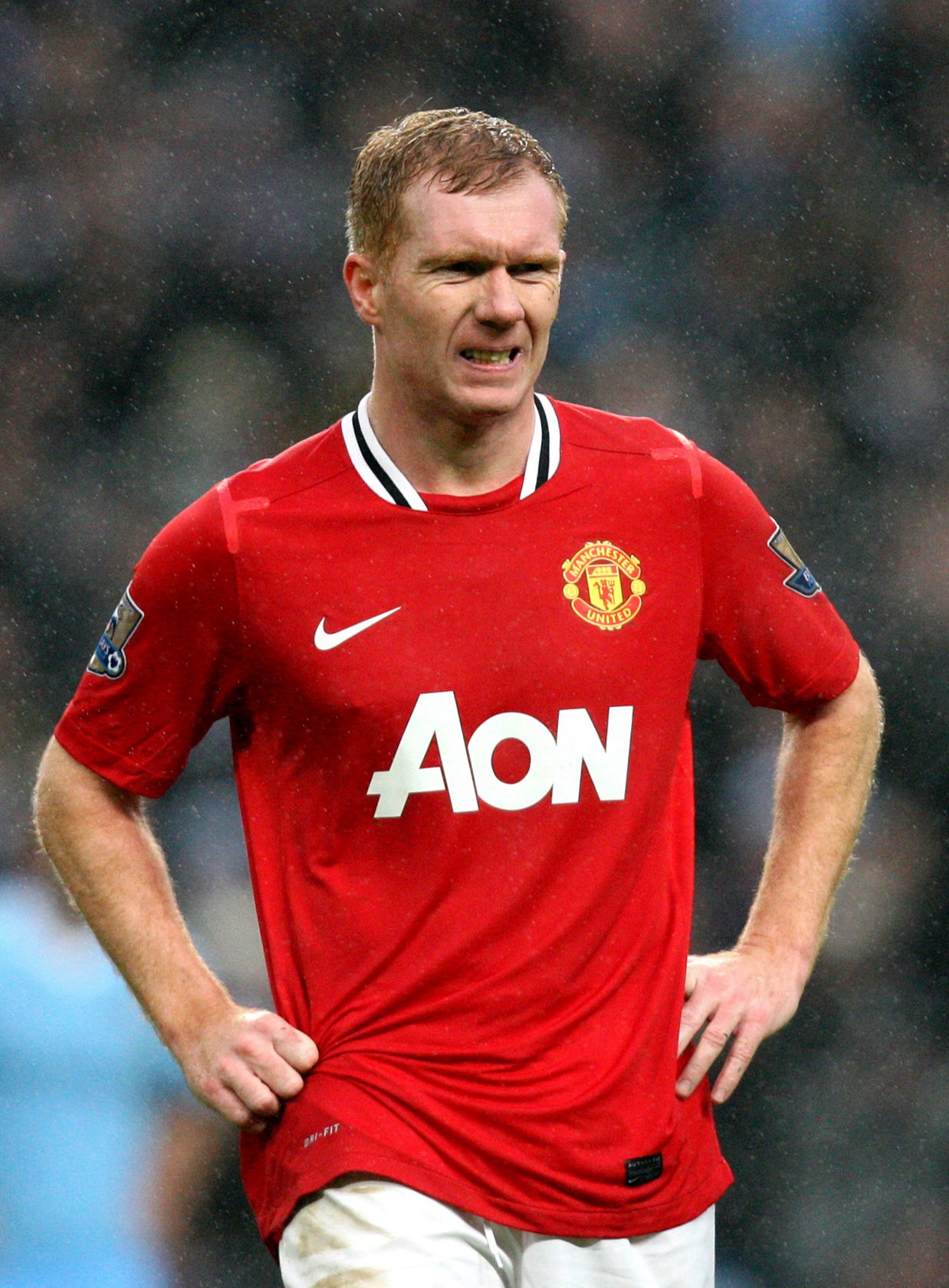 Paul Scholes considered joining Everton when he came out of retirement before re-signing for Manchester UnitedCredit: AP:Associated Press

And feeling fit enough to play competitively again, Scholes – then 36 – was contacted by former team-mate and Everton skipper Phil Neville to head to Goodison Park.

But then a chat with Ferguson’s assistant Mike Phelan and then the manager – who had failed in attempts to get Scholes to keep on playing six months earlier – secured his romantic return to the United team.

Scholes told DAZN: “I came back in September with Warren Joyce and the U23s and I was training every day.

“I felt as fit as I’d probably ever had done after having four months off – it was just the break I needed. I said to Joyce that I wanted to play again – I just wanted to play.

“Where it was I don’t care. I didn’t expect United to want me back. I spoke to Phil Neville and he said, ‘Come and play for Everton.’

“I’ve never really wanted to play for anyone else or be involved with any other club but if that was the only option I had then I might have done it, I don’t know.”

Scholes did not expect Ferguson to take him back in the United first team in his veteran years.

But the ex-England man revealed it took ‘five minutes’ for the boss to sort out a contract – but kept it quiet from the rest of the squad.

Two weeks later Scholes made his second United debut in an FA Cup clash with rivals Manchester City in January 2012 in a pair of £40 boots from the local sports shop because he had to keep his shock re-signing under wraps before the team sheets were announced.

He went on to play for another 18 months, retiring alongside Ferguson after winning his 11th Premier League title before stepping into football punditry, management and ownership.

Scholes added: “The next step had to be Mike Phelan, the assistant manager. I must have spoke to him at 7.30 in the morning because I was so nervous the night before waiting to see what he thought and he thought it was a great idea.

“Then there’s only one more person to get through which was the most important. As soon as I saw Mick I went to see the manager and told him I want to play again.

“I said that I feel fit and I feel okay and [he said], ‘Do you want to play here or do you want to go somewhere else?.’

“There’s no way I wanted to go somewhere else. He said, ‘Right I’ll sort your contract out,’ and that was within five minutes.

“He was on the phone to David Gill and I think it was the next day I signed for another six months. And then you think, ‘What have I done?!’.

“He brought me into the squad to play Man City in the FA Cup. He told me not to tell anybody and the players had absolutely no idea.

“My wife knew and I think I might have told my dad but nobody else knew.

“We get to the ground on the Sunday and my kit is there. I actually couldn’t get any boots. They couldn’t know I was playing.

“If I asked for a real pair from Nike then they’d know something was going on. 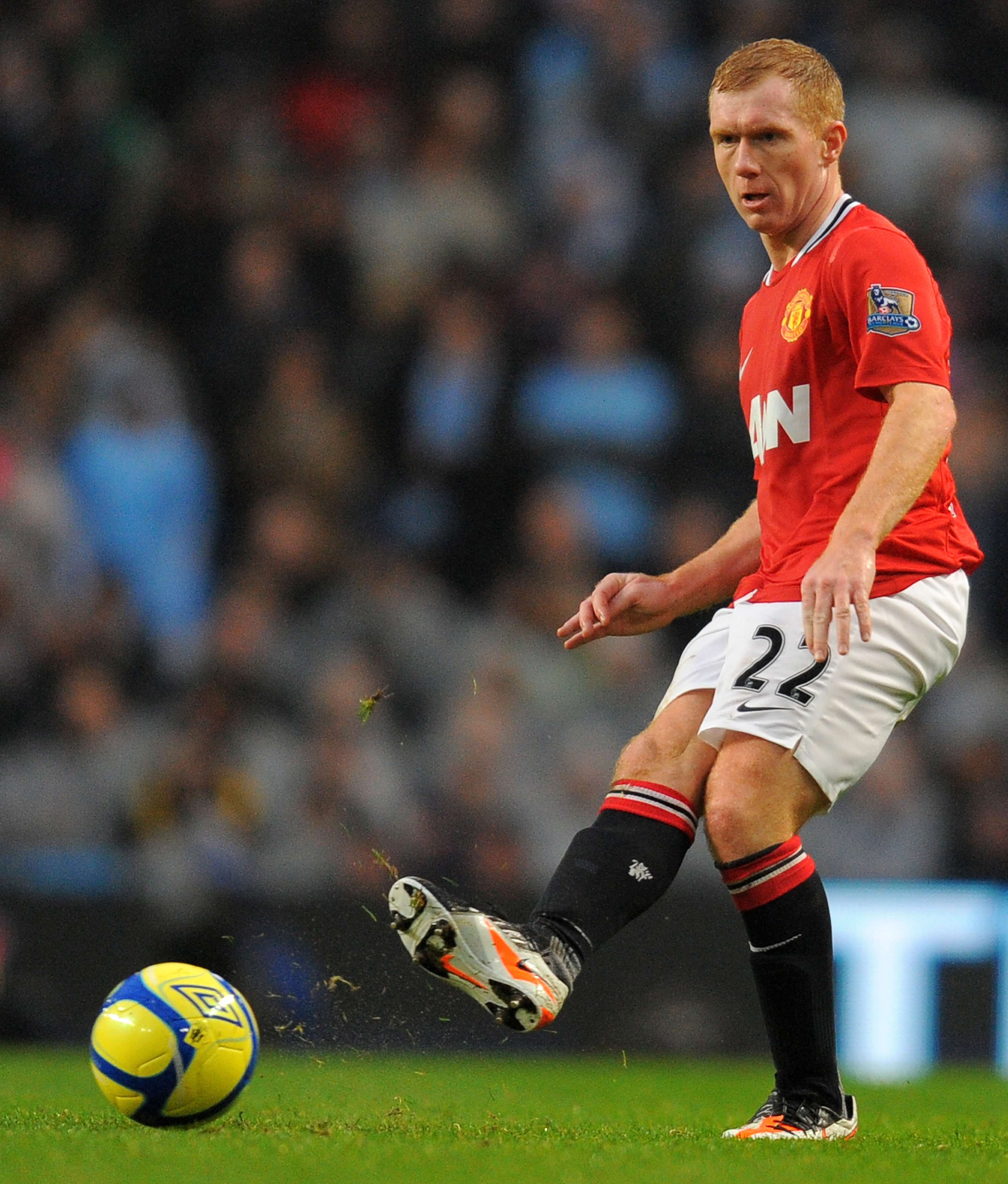 Scholes went to the local JJB and picked up a £40 pair of boots to help keep the comeback secretCredit: AFP 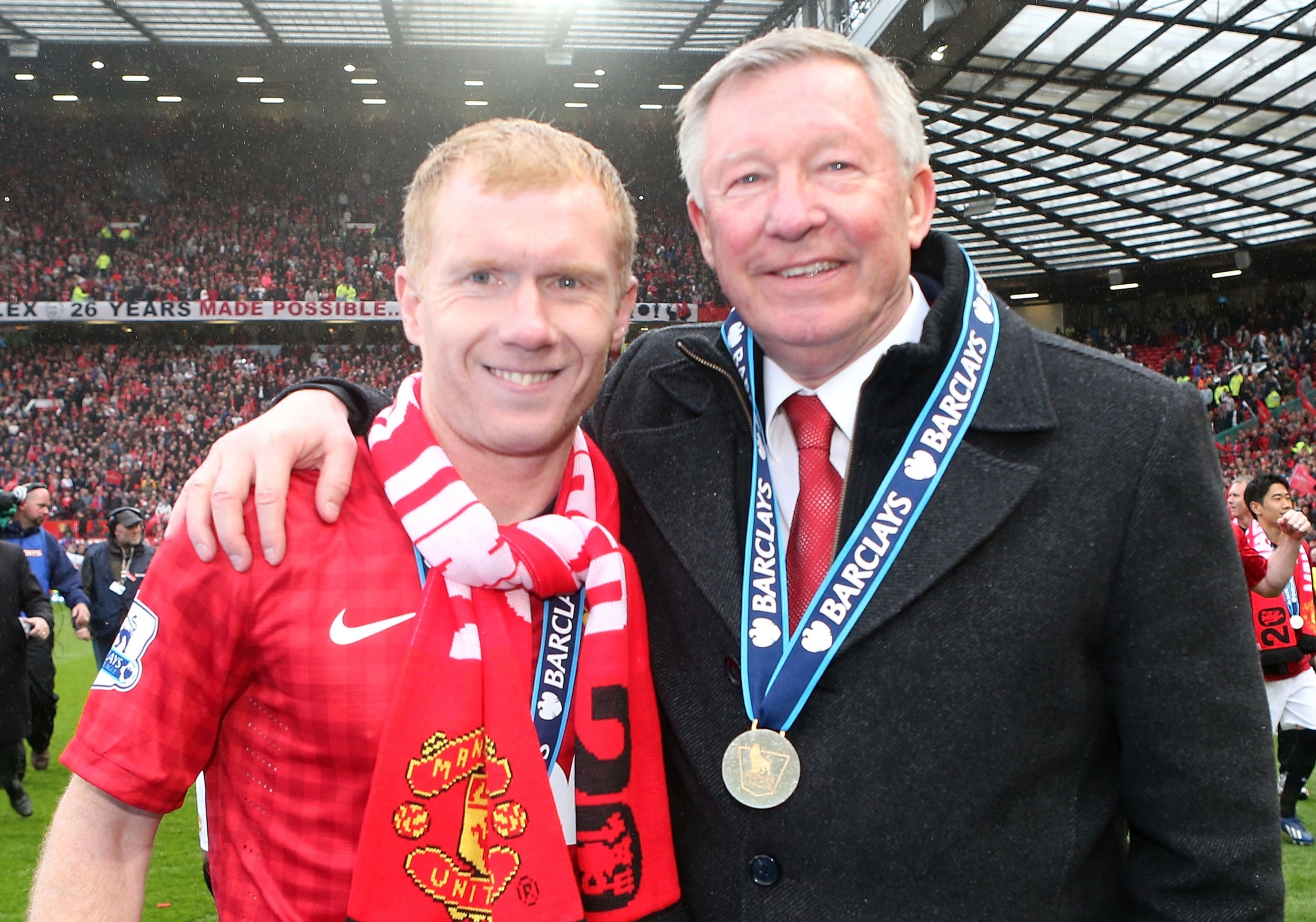 The midfielder and Sir Alex Ferguson retired for good together after winning the 2012-13 Premier League seasonCredit: Getty – Contributor