MANCHESTER UNITED have announced the make-up of their Fans Advisory Board in the wake of protests at Old Trafford last season.

There are seven fan representatives in the group which will be co-chaired by barrister and lifelong United fans Christopher Saad and the club’s Group Managing Director Richard Arnold.

Manchester United’s decision to join the European Super League earlier this year sparked fan protestsCredit: Guardian News & Media / Free to use by all titles in perpetuity under NMC agreement 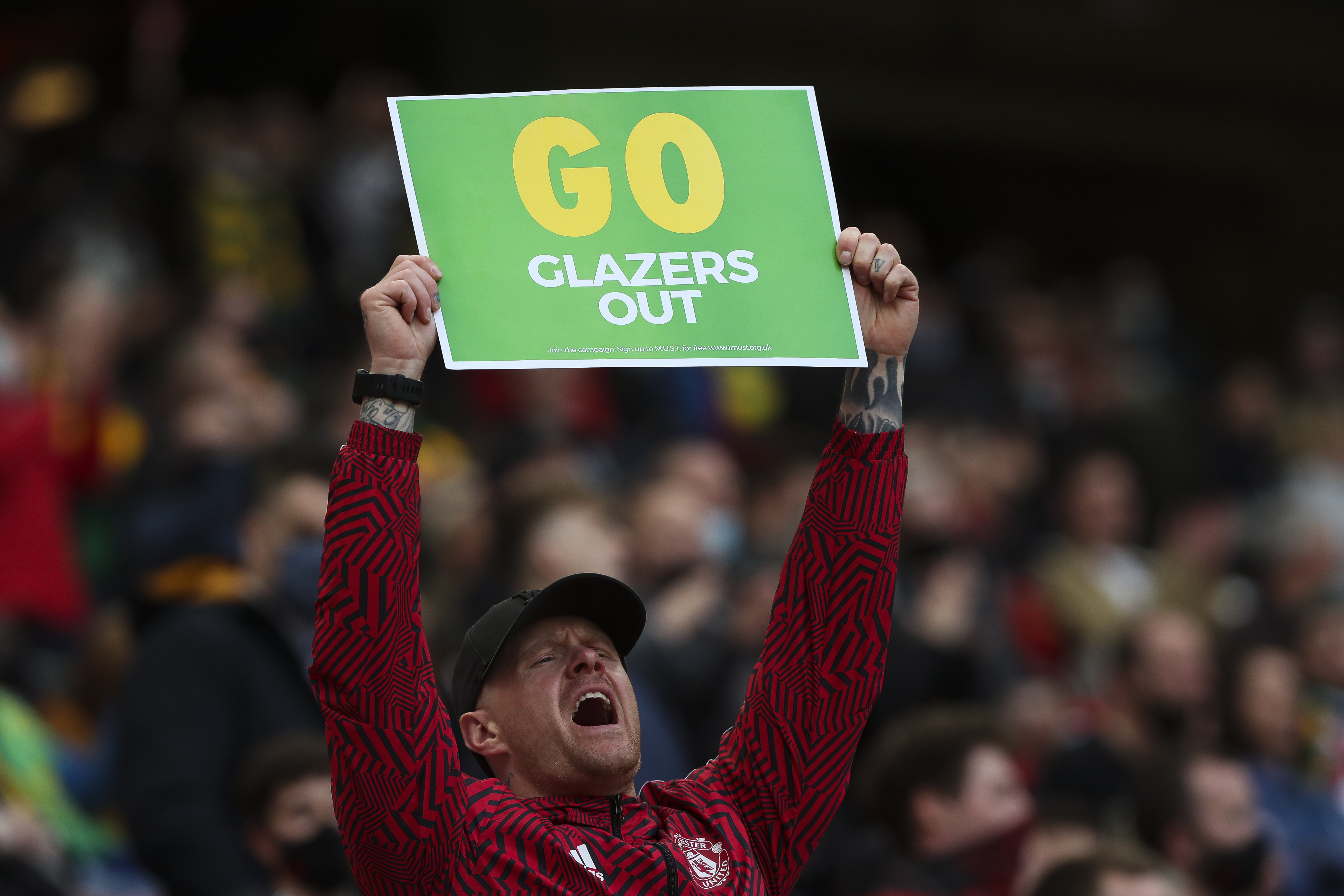 Some sections of the United support have called for the Glazers to leave for yearsCredit: Times Newspapers Ltd

The group was set up to ensure better fan representation with major decisions made by the club.

The attempt to breakaway into a European Super League caused mass protests last season which saw the club’s home game with Liverpool last May postponed.

Two members of the already established Fans’ Forum, Ian Stirling and Rick McGagh, have been appointed to the board along with Manchester United Supporters Trust Chair Jonathan Deitch and it’s Chief Executive Duncan Drasdo.

The other fan places will be taken by Deborah Henry, Chair of the Manchester United Women’s Supporters’ Club, and communications consultant Oli Winton.

Dave Pennington, a retired senior civil servant and another MUST board member has been named as special advisor to the co-Chairs.

Collette Roche, Manchester United Chief Operating Officer, said: “The launch of the Fans’ Advisory Board is an historic step to ensure that the supporters’ perspective is always heard and understood right up to the highest levels of the club.

“This will improve decision-making and reduce the risk of conflict with fans on the most important issues.

“We agree with the independent Fan-Led Review of Football Governance that fans must have a strong voice in the running of the game, and we believe that our Fans’ Advisory Board and proposed Fans’ Share Scheme are consistent with that important goal.

“We are delighted to have attracted such a high calibre of individuals to the Board, all with a strong passion for United combined with the skills to advocate on behalf of fans.

“I am looking forward to working with Chris and the other representatives to get the Board up and running and establish a key role for it at the heart of the club.”