That’s amid interest in the England forward from Chelsea and Paris Saint-Germain.

Man Utd are in talks over extending the contract of in-form Marcus RashfordCredit: EPA

The versatile striker has three goals in six games so far this season.

The ace’s current deal expires next summer, although there is an option to automatically renew it until 2024. 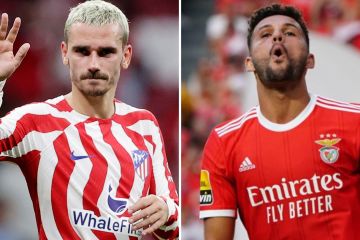 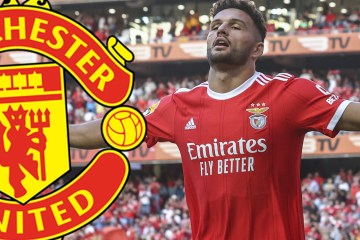 That’s attracted fresh interest from French champs PSG, who previously looked at Rashford as a replacement for Kylian Mbappe before he snubbed Real Madrid.

Doubts still remain over his long-term future, while Lionel Messi and Neymar aren’t getting any younger.

Meanwhile, Repubblica claims Chelsea are also monitoring Rashford as their revolution under Graham Potter and Todd Boehly builds up steam.

But Ten Hag is desperate to keep Rashford after turning him back into a leading No9.

The Dutchman believes United can WIN the title this season with the Carrington youth product up top.

And SunSport revealed earlier this month that Ten Hag’s faith in Rashford is set to see Cristiano Ronaldo finally force through an exit in January.

Rashford was just 18 years old when he marked his United debut with two goals against Midtjylland in 2016.

He now has a grand total of 96 goals in 309 games, despite mainly playing as a winger in recent years.

Rashford has won an FA Cup and Europa League with United, as well as a Carabao Cup and Community Shield.

He has also 46 caps for England, including 12 goals, and looks set to earn a place in Gareth Southgate’s World Cup squad this winter.