MANCHESTER United have been dealt a transfer blow over Porto midfielder Vitinha, who is reportedly set to have a medical with PSG.

The highly-rated 22-year-old had caught the English club’s interest but is now edging closer to France.

Vitinha is set to have a medical at PSG as the French Champions look to get the deal over the lineCredit: Getty

The blow comes amid fears that United have had a slow start to the transfer window while their rivals secure huge signings.

Transfer journalist Fabrizio Romano reported that the PSG move for Vitinha is on, with paperwork and the medical now the last pieces to be completed.

Romano also suggested that Luis Campos, the new football adviser at PSG, was an important factor behind the deal.

He tweeted: “Paris Saint-Germain have already prepared for medical tests and paperworks to complete Vitinha deal with FC Porto. Deal wanted by Luís Campos, his first signing will be Portuguese.” 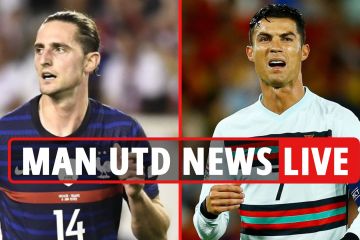 It’s set to be the second big departure from Porto this week, with Arsenal close to securing the services of talented midfielder Fabio Viera.

And it means that Manchester United are still yet to make a major signing, while their rivals all improve their squad.

Meanwhile, Liverpool have splashed the cash to recruit striker Darwin Nunez to the star-studded Anfield line-up for £85m.

Earlier this week, United legend and pundit Gary Neville revealed his concerns over the club’s sluggish start to the window.

He tweeted: “I know early in the window but it’s worrying that United are struggling to get business done.

“The others seem set and ready yet United can’t get moving.

“ETH [Erik ten Hag] needs his group together asap to mould them. Bringing them in late will only make it harder for him!”