MANCHESTER UNITED have been dealt another injury blow after Anthony Martial limped off at half-time against AC Milan.

Ole Gunnar Solskjaer was forced to make do without Marcus Rashford for Thursday night’s Europa League last-16 first-leg after he picked up a knock in last weekend’s derby win over Manchester City. 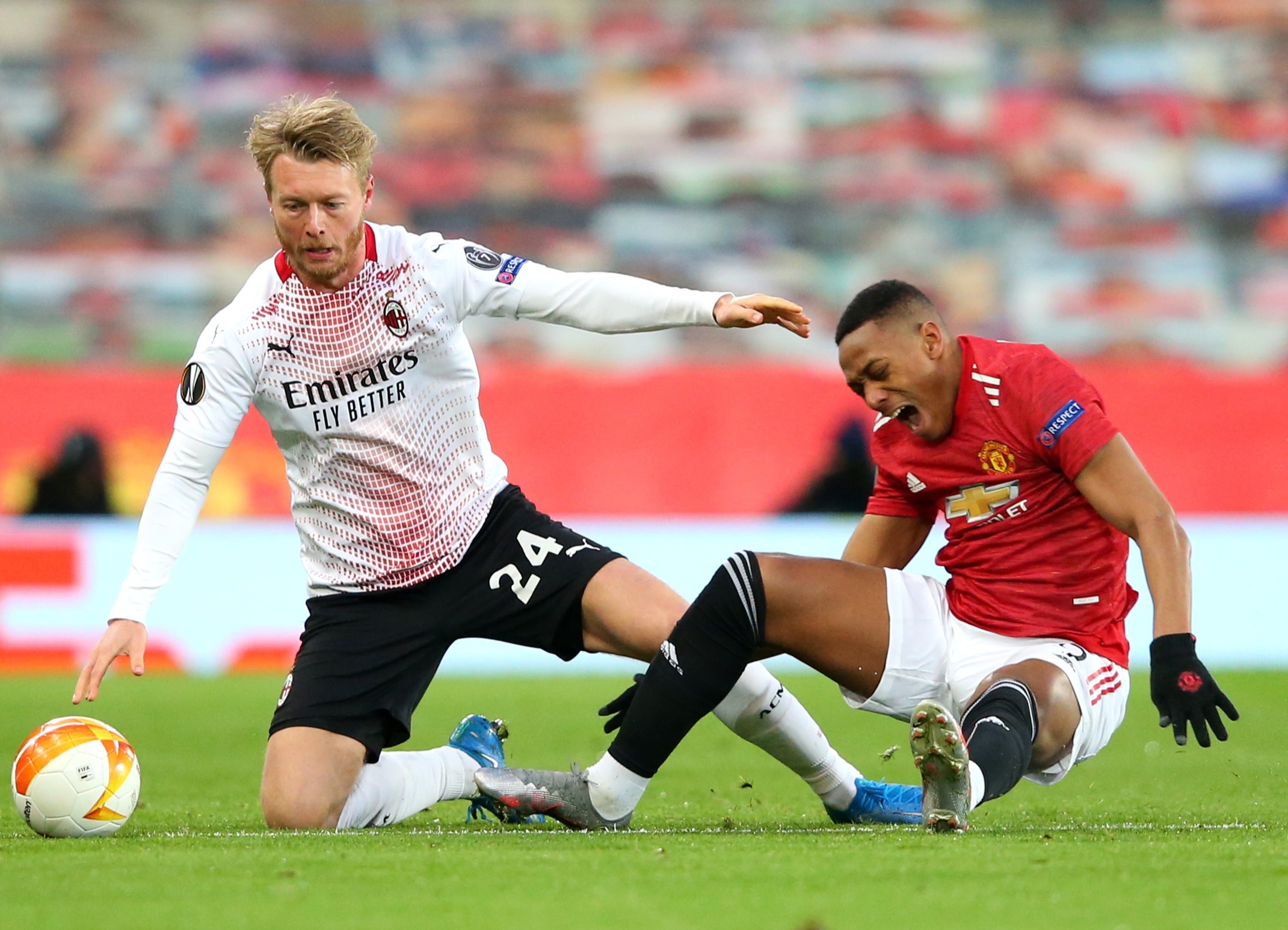 Martial hobbled off at half-time of the game against AC Milan in another injury worry for Man UtdCredit: Getty Images – Getty 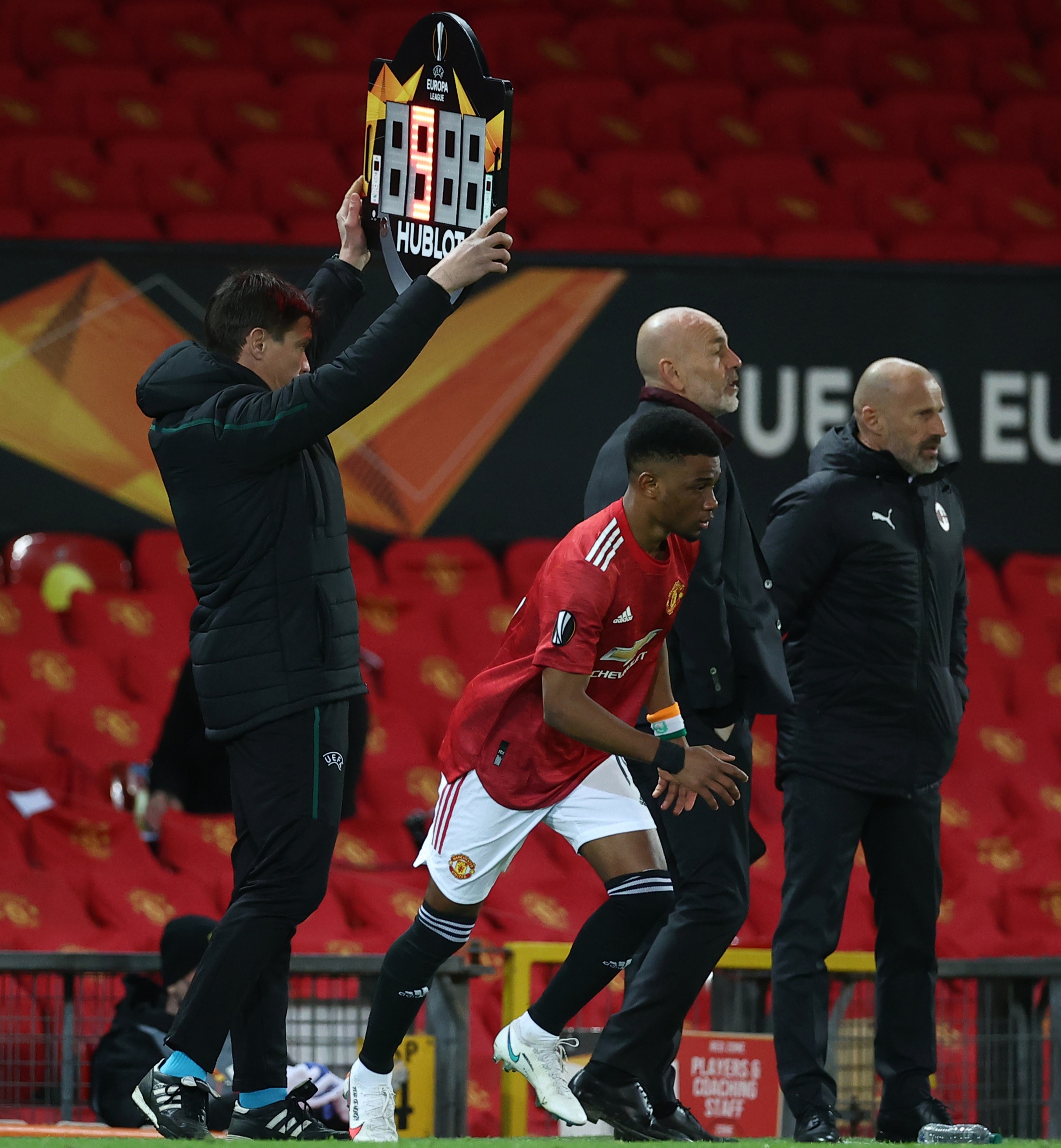 Amad Diallo came on for Martial at half-time with the Frenchman unable to continueCredit: News Group Newspapers Ltd

The Man Utd boss lined up with Bruno Fernandes, Daniel James and Martial behind Mason Greenwood in attack for the Milan clash.

But Solskjaer has been handed another injury fear after Martial was forced off at half-time with the game poised evenly at 0-0.

It’s not yet clear exactly what happened to Martial, although he was spotted walking gingerly at half-time.

Amad Diallo was brought on during the break in the French forward’s place.

The Ivorian new-boy immediately scored to give his side the lead as he nodded home a Fernandes cross.

But Solskjaer will already have one eye on this weekend’s Premier League clash with high-flying West Ham.

Should Martial be unavailable, the boss may be forced to start Diallo or shift Greenwood onto the wing and play Edinson Cavani up front.

But Solskjaer is as yet unsure if Rashford will be fit to play any part against the Hammers. 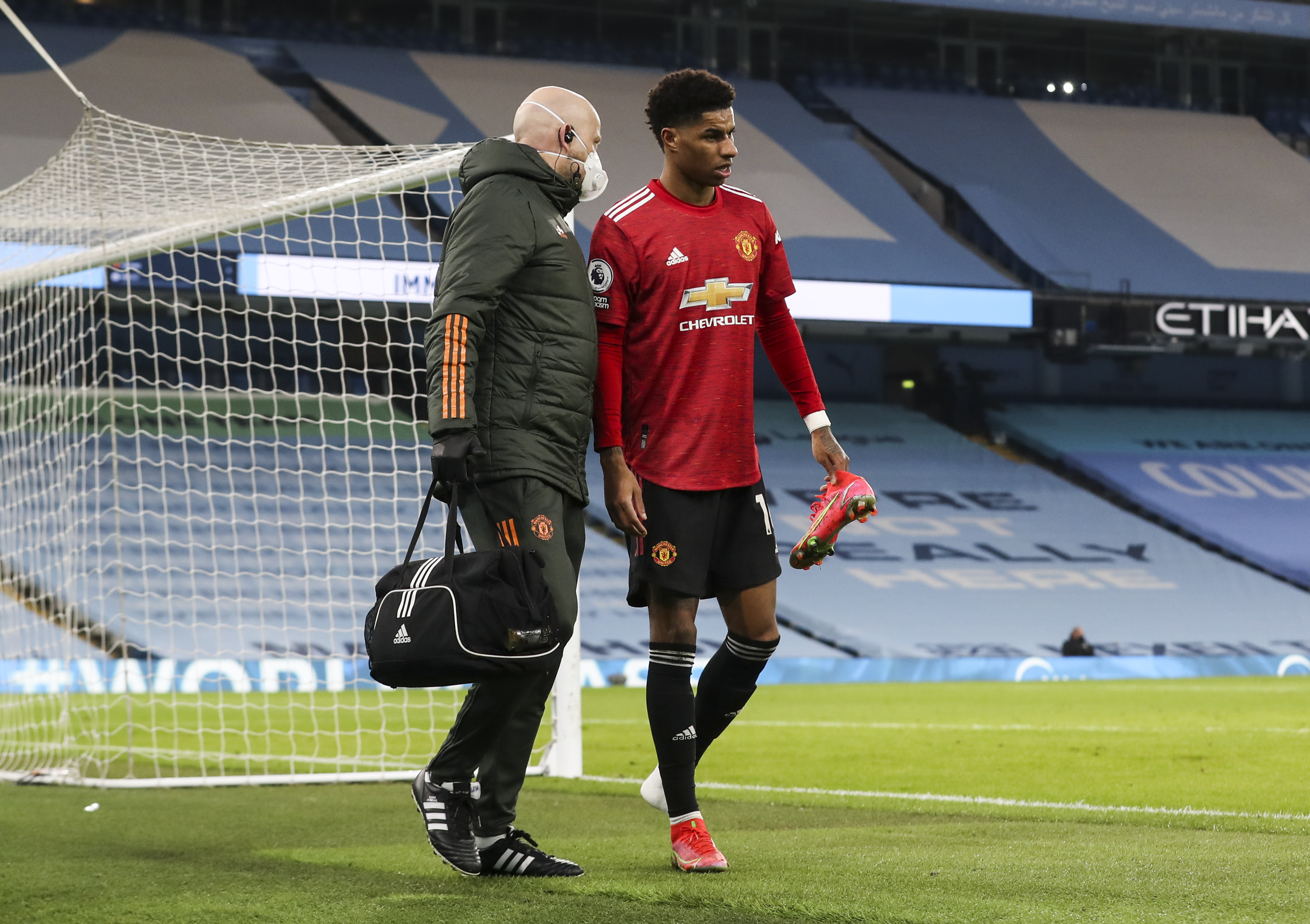 Rashford picked up a knock during last weekend’s derby win and still might not be fit for West Ham on SundayCredit: Times Newspapers Ltd

Earlier this week, Solskjaer told MUTV: “He’s a fit lad, he’s athletic, recovers well, we’ve not had too much of a reason to rest him.

“He got a knock on his ankle which made it impossible for him to be part of the squad [to face AC Milan].

“Hopefully for the weekend, but we don’t know.”

Meanwhile, Solskjaer has claimed Cavani could stay at Man Utd beyond this summer, despite his dad’s bombshell.

Luis Cavani claimed his son is unhappy in England and likely to head home to South America in the summer.

But Solskjaer revealed there have been talks along those lines yet.