MANCHESTER UNITED have been dealt a triple transfer blow by Ajax, according to reports.

That is because the Dutch champions are holding out for a whopping £69million for winger Antony.

Manchester United could be forced to stump up an extra £29m for AntonyCredit: Getty 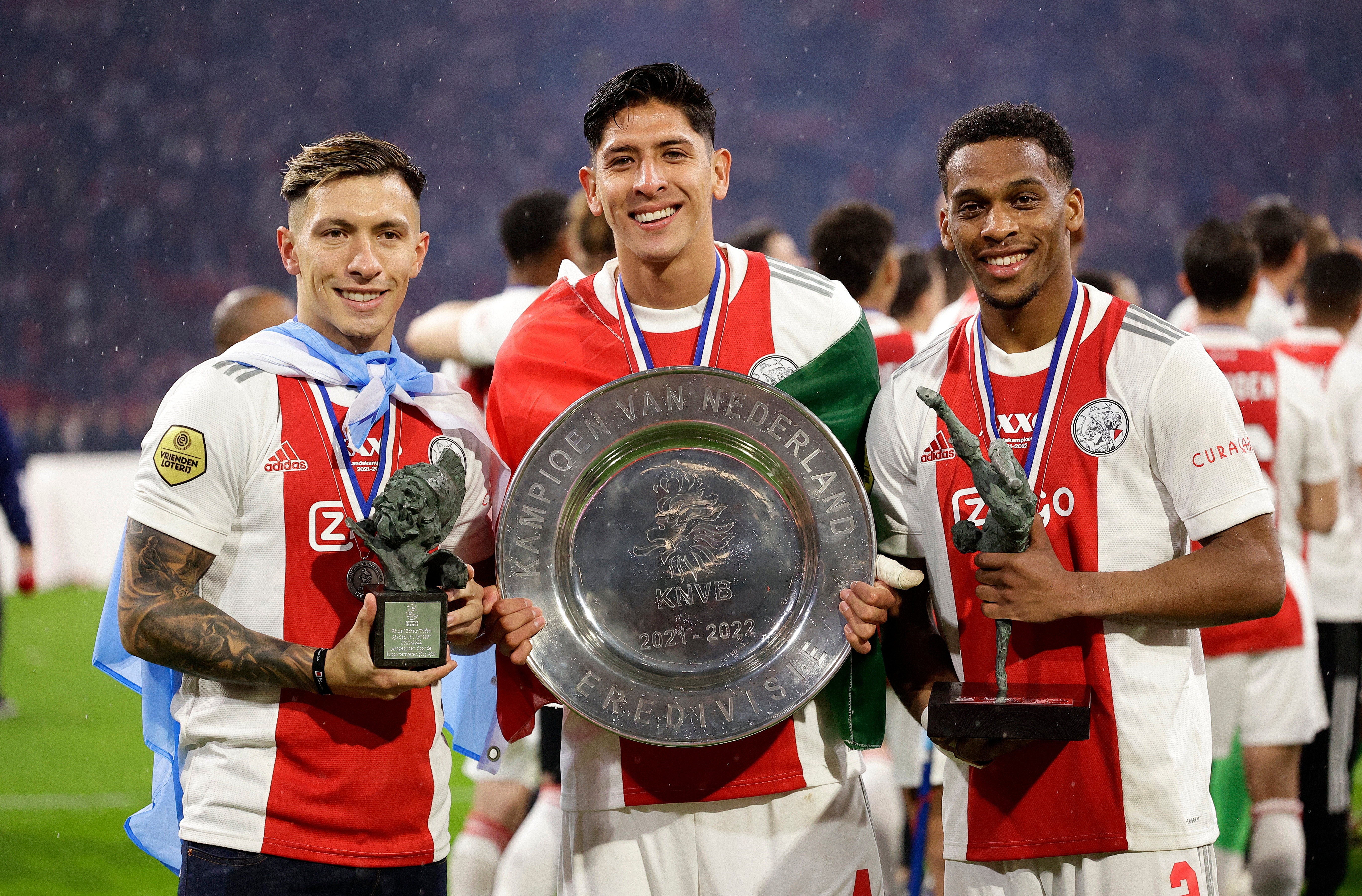 Plus they want up to £52m each for defenders Lisandro Martinez and Jurrien Timber.

According to De Telegraaf reporter Mike Verweij via Twitter account TheEuropeanLad, the massive price tag means the trio could all end up staying in Amsterdam this summer.

Erik ten Hag is desperate to bolster his Red Devils squad after taking over this summer.

And he planned to raid his former employers by luring some of their top talent to Old Trafford.

The club closed in a £40m deal for Antony, who is said to be desperate to be reunited with Ten Hag.

However, there appears to have been a sudden urge from Ajax to keep hold of their attacking star – or pocket an extra £29m.

The Brazilian, 22, had an outstanding last season with 12 goals and creating ten assists in 33 games in all competitions for the Eredivisie winners.

Meanwhile, Martinez and Timber are both potential targets to bolster United’s leaky defence.

But with the pair now set to cost in excess of £100m combined, the United hierarchy may be forced to look elsewhere.

Barcelona ace Frenkie de Jong is an option in midfield, with “direct contact” made between the clubs.

CEO Richard Arnold told fans the Red Devils were doing “everything possible” to get a deal over the line.

Barca want around £74m for the former Ajax man – roughly the same as they paid for him in 2019.