GARY NEVILLE ‘wouldn’t be against’ Manchester United extending Ralf Rangnick’s stint as manager beyond the end of the season.

But the former Red Devils star has stressed that his old side must be ‘flexible’ and ‘agile’.

Ralf Rangnick got off to a winning start against Crystal PalaceCredit: AP 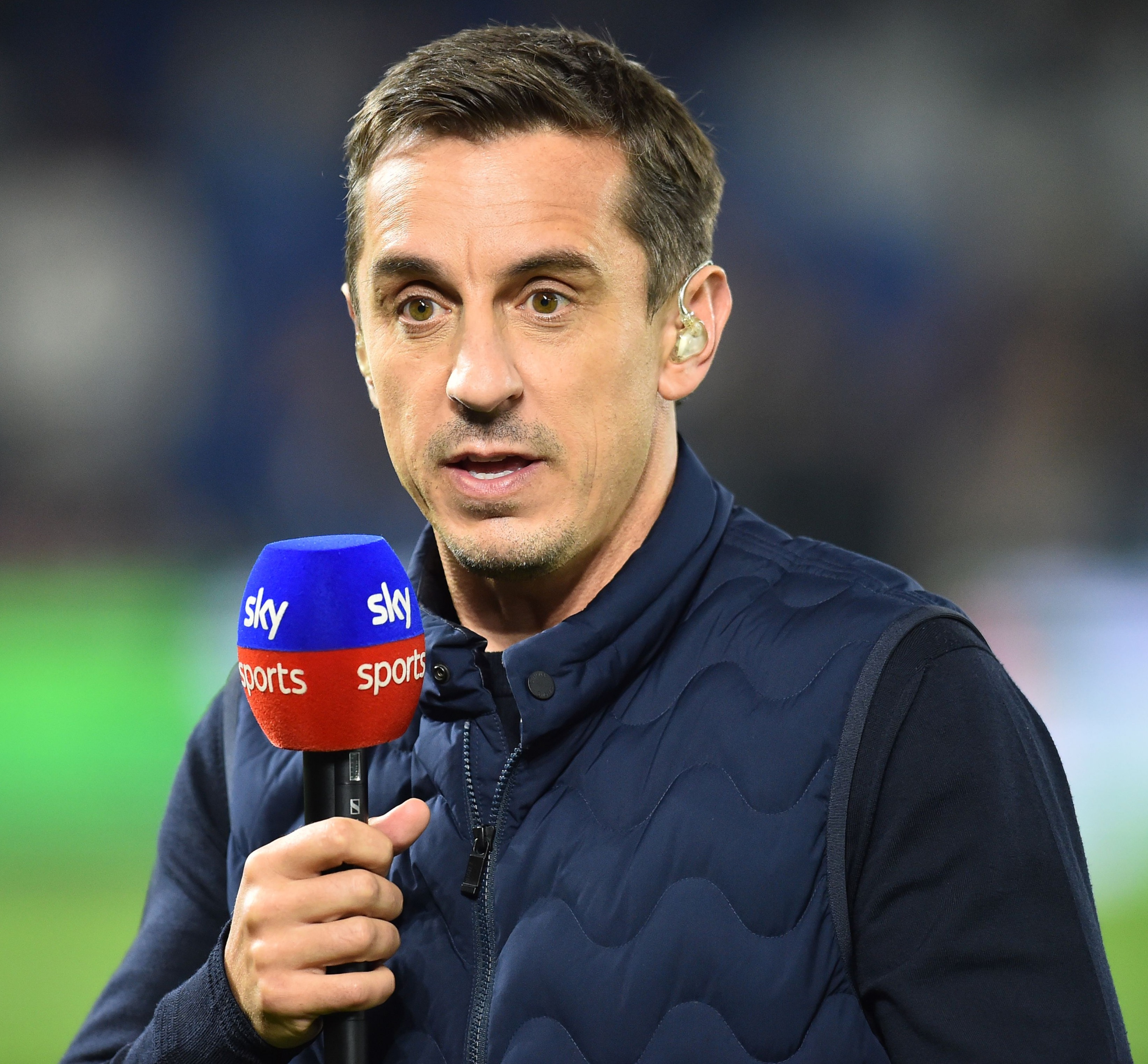 Gary Neville had his say on the Man Utd manager situationCredit: AFP

Discussing the prospect of Rangnick staying on as manager, which was revealed by SunSport last week, the Sky Sports pundit said: “Let’s say there isn’t anyone available that we would call world class that can take over the club for four years, and Ralf Rangnick has a good six months.

“I wouldn’t be against Ralf Rangnick staying on for next season as a Manchester United fan.

“However, let’s say halfway through that season a world class manager became available, which I think happened with Ole (Gunnar Solskjaer) when (Mauricio) Pochettino became available when he left Spurs.

“You might think ‘if one becomes available though Ralf, that can come in for four years for the right project, maybe at that point you go up to your upstairs role and at that point a manager comes in.’

“That’s how I would see it at the moment. Be flexible, be agile. If he wins the Champions League, the players absolutely love him, the football’s unbelievable, then you probably would just keep him going.

“But, still be flexible and agile enough to know that he’s still got that ability to go upstairs and manage a great manager and a great coach that can come in for longer term when it occurs.

“So I think they should be agile, I was surprised it got mentioned and brought up in the conference last week – but I think they’ve got to make sure they’re open to all options.”

On the importance of building a proper structure at Old Trafford, Neville, 46, added: “It’s the one thing that surprised me a little bit out of his press conference last week, when he mentioned the idea of staying beyond the term.

“When actually it was quite clear that he was going to take six months then have a two-year consultancy arrangement – which I called it coaching the club.

“He coaches the team for six months, then coaches the club for two years in terms of the structure.

You can’t run a football club like that nowadays, you’ve got to have a real strong thread

“He’s done it at different clubs. Setting up a successful structure. He talked about a project before, so there’s a football project at Manchester United that has that clear ethos behind it.

“I don’t think they’ve had that for the last eight-ten years. They’ve reacted to managers’ wants and wills, which Everton are doing at the moment.

“You can’t run a football club like that nowadays, you’ve got to have a real strong thread.

“What I would say is that maybe where it went wrong with Ole, you look at Ole having that brilliant six months, I think it was right to give Ole the job.

“What maybe should have been decided between the partnership Ole had with the club, and he obviously had a great relationship with the club.

“I suspect Rangnick will build that same relationship with the boardroom because of the fact he’s looking to consult beyond these first six months.”