MANCHESTER UNITED are worried Marcus Rashford will miss the start of next season because the England star faces surgery after Euro 2020, according to reports.

The forward, 23, has been playing through the pain barrier for most of the season with foot and shoulder problems.

Marcus Rashford is set for surgery once England’s Euro 2020 campaign is overCredit: Getty

But with a major international tournament in the summer, he held off going under the knife during the regular campaign to ensure he would be available for Gareth Southgate.

And the Mirror report Rashford will have an operation on at least one of the injuries – most likely the foot – once England’s Euros are over.

However, should the Three Lions reach the final, Rashford would be needed all the way until July 11.

Even if Rashford had the procedure done the following day, that would only give him 34 days to recover and be ready for the start of the Premier League season on August 14.

He would, however, likely need some kind of holiday followed by an intense strength and conditioning plan after a gruelling 2020-21 term.

Rashford has already played 59 times for club and country – 57 out of 61 for United and twice for England – scoring 21 goals.

His 37 Premier League, 13 European and seven domestic cup games totalled a whopping 4,146 minutes under Ole Gunnar Solskjaer, including the full 120 in the Europa League final on May 26.

And he admitted in the aftermath of the heartbreaking shootout defeat to Villarreal he is feeling the effects of the knocks.

Rashford said: “I could walk you into the dressing room, I could show you five, six, seven players and me as well who had injuries here, from September, the beginning of the season.”

He added: “I’m alright, I just take it game by game.

“It’s a bit inconsistent in the way it (foot) recovers but at the end of the day we just have to deal with it in the best way we can, in the way that is most comfortable.

“I’m happiest when I’m playing games and helping the team. I just do what I can to get out on the pitch.” 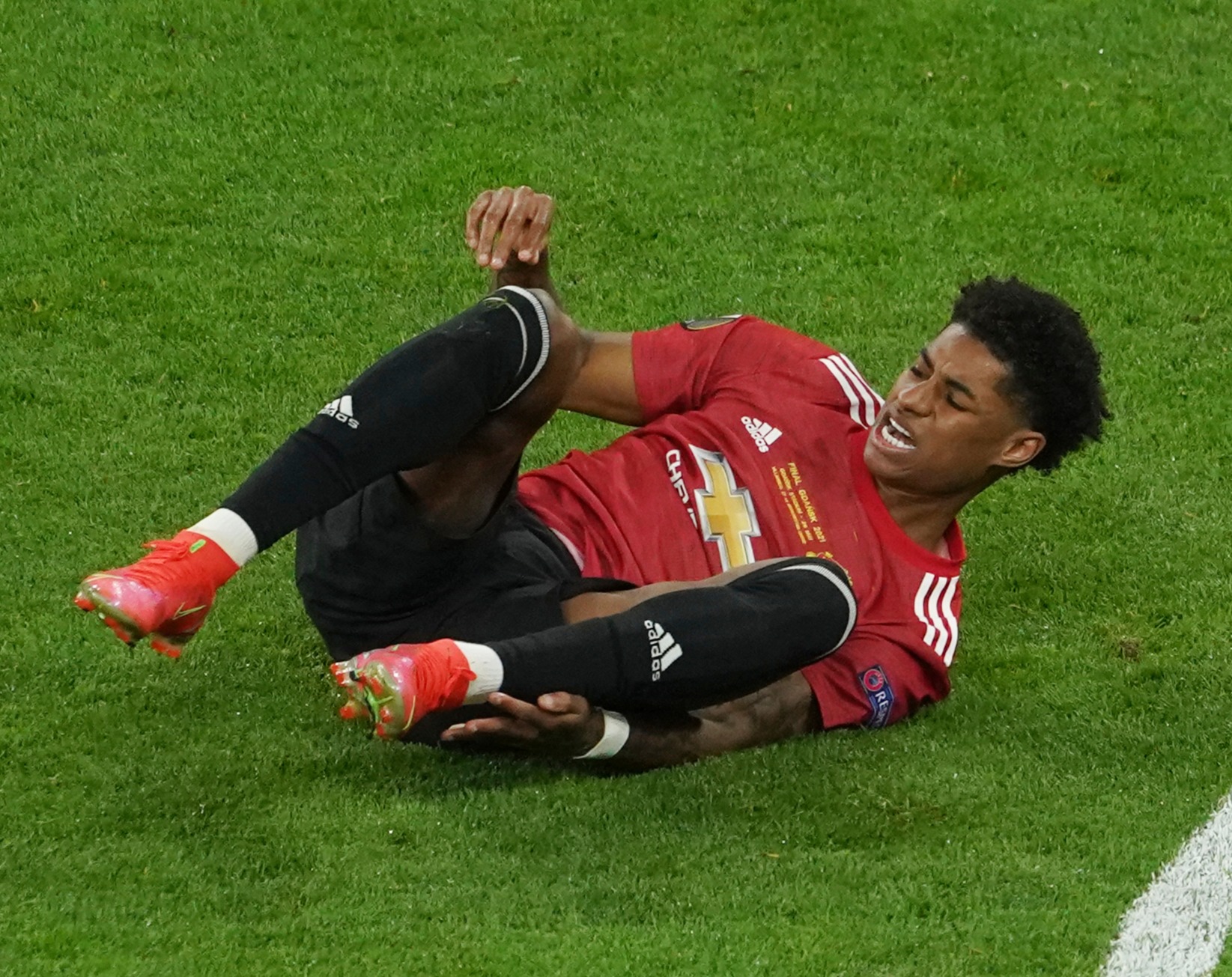 Rashford has been nursing problems with his foot and shoulder throughout the seasonCredit: AP