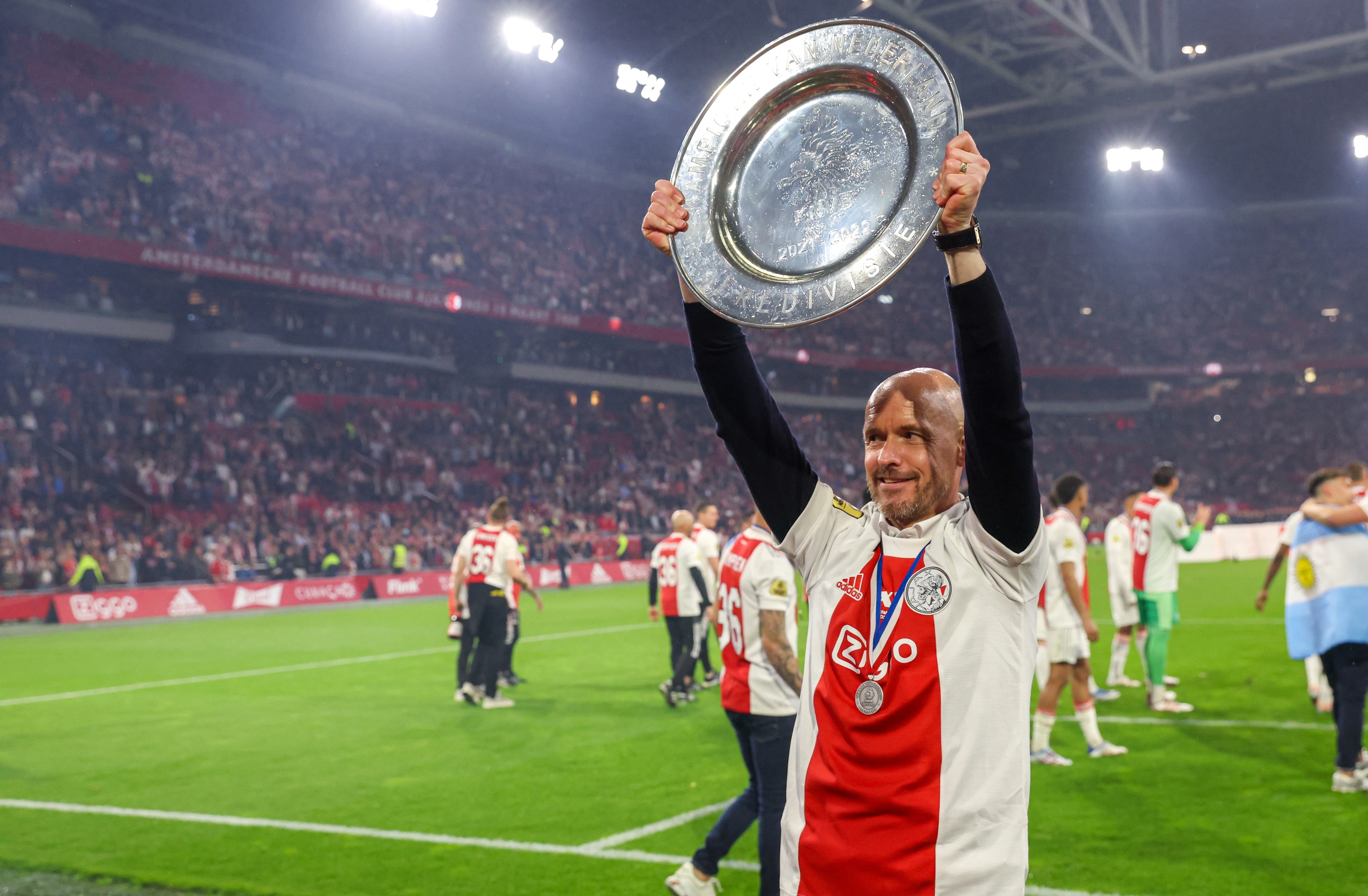 Ten Hag lifts the Eredivisie in front of the Ajax faithful at the Johan Cruyff Arena.Credit: Getty

And after roaring to a 3-0 lead in the first-half, Ajax fans ensured the Dutchman left under a raucous atmosphere as hundreds of celebratory flares saw the rest of the match played under a cloud of smoke.

After lifting the club’s 36th league title, Ten Hag said: “It was a great journey for me here. A beautiful era.

“The results that we got, and the beautiful football that we played.”

The 52-year-old was seen jumping for joy with his bench and hugged every one of his players for one last time at the final whistle. 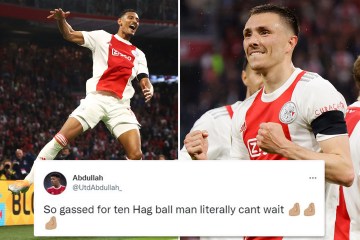 He then clapped every corner of the Johan Cruyff Arena before taking part in the trophy lifting ceremony.

It is his fifth major trophy in five years at the club after also picking up two Dutch cups.

Full-back Nicolas Tagliafico tapped home the opener before Steven Berghuis finished off a team move United fans can hope to look forward to next season.

West Ham flop Sebastien Haller then finished the 45-minute thrashing by adding his 21st league goal of the campaign from the penalty spot.

Sub Brian Brobbey snatched the fourth with his sixth goal in only ten games five minutes before the final whistle.

And just as the celebratory champagne was being readied by the subs bench, Edson Alvarez made it five on 90 minutes.

Ajax will conclude the season with an away game against sixth-placed team Vitesse.