GARY NEVILLE thinks Ole Gunnar Solskjaer would like last season’s Manchester United squad back over this one.

The ex-Man Utd defender reckons Solskjaer has some tough dressing room dynamics developing and described some stars as grenades with no pins. 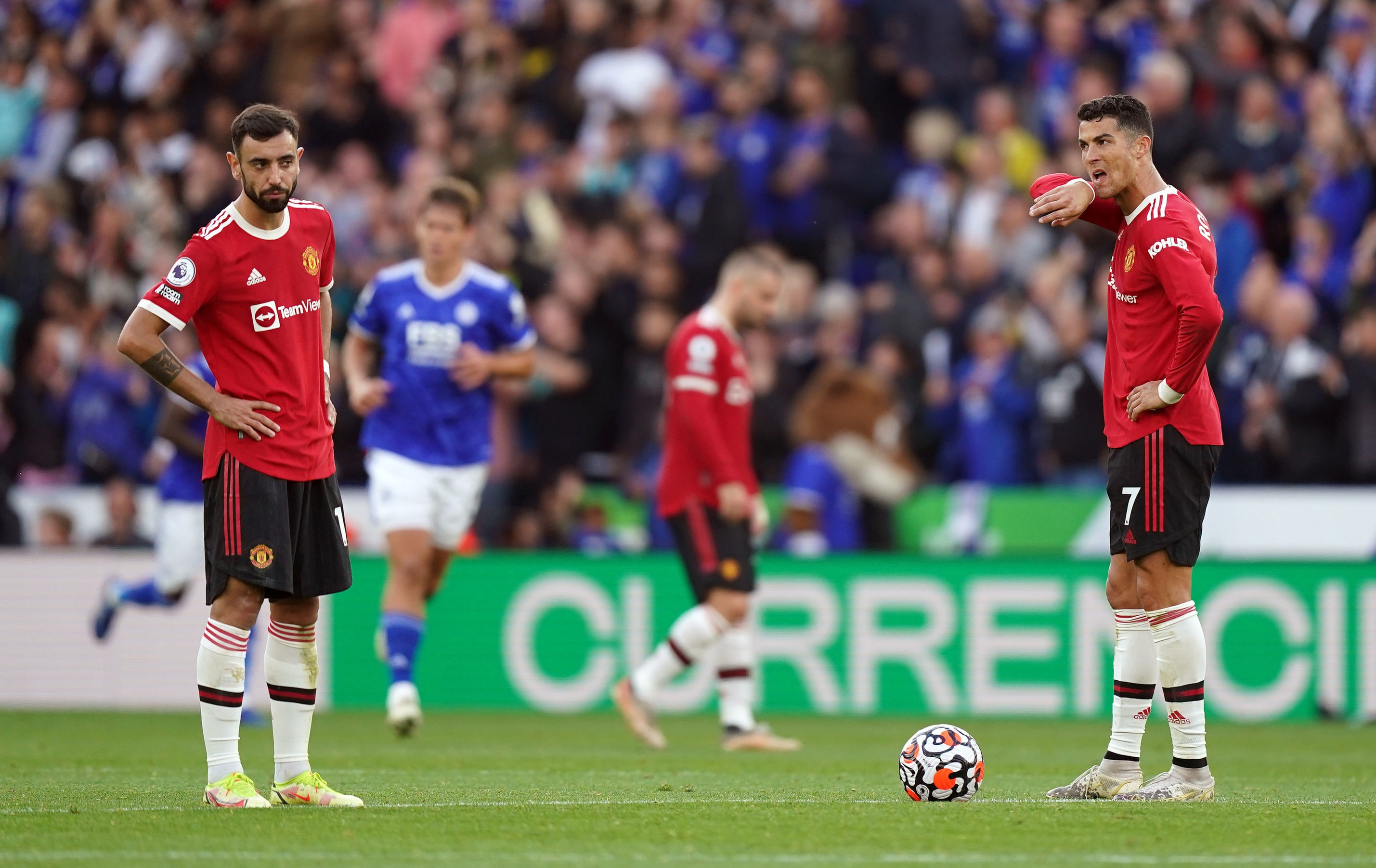 Man Utd spent £135m in the summer on the likes of Cristiano Ronaldo, Jadon Sancho and Raphael Varane.

But the Red Devils are without a win in three after Saturday’s 4-2 loss at Leicester with pressure growing on boss Solskjaer.

Neville explained on Sky Sports on Monday night how he thinks United have gone backwards after last season.

He said: “I thought last season there was something building.

“I bet you if you asked Ole Gunnar Solskjaer if he’d like last season’s squad back or this one, he’d go back to last season’s.

“I think they’ve got six grenades where the pins have been pulled out in the dressing room.

“I think PSG are like that at the moment, they’re not really a Pochettino team with the high press but they have great players.”

Neville continued: “Ole has got a bit of that now. “Cristiano Ronaldo, Bruno Fernandes, Paul Pogba, Cavani, Harry Maguire… these are massive characters in the dressing room.

“Maguire is probably looking at Varane thinking ‘am I the top dog any more because he is the Champions League winner’.

“The dynamic of Cavani sat on the bench thinking ‘they begged me to stay for a year’ with Ronaldo, Rashford, Martial and Greenwood playing up front.

“Then there’s the dynamic of Sancho coming in for £75m having been chased all over Europe for two years and now he looks like he’s been in and out a little bit.

“They have all these issues and dynamics developing in the squad.”

Neville thinks Solskjaer has to find a way to get Man Utd’s superstars organised at the back and let them thrive going forward.

He said: “Solskjaer can’t go back to McTominay and Fred, or Matic and Fred.

“The reality is we know that won’t deliver Manchester United success.

“Ole has brought these talented players in, what he needs to somehow try and prove that he as a top manager can get his top players to work as hard as other top players in the league.

“He’s got to somehow bring that group together and find a basic, simple way of playing defensively that the players buy into.

“And he’s got to let those talented players win games for him.”

Neville added: “Man Utd’s forward players are not organised but they also need to get a shift in.

“I’m watching great players in this league in Man City and Liverpool and they work like dogs, like non-league central midfield players and forwards.

“Why is it we accept at Manchester United in the front part of the pitch that they won’t work as hard?”