The 19-year-old midfielder is earning rave reviews from academy coaches – earning the nickname the ‘Salford Silva’. 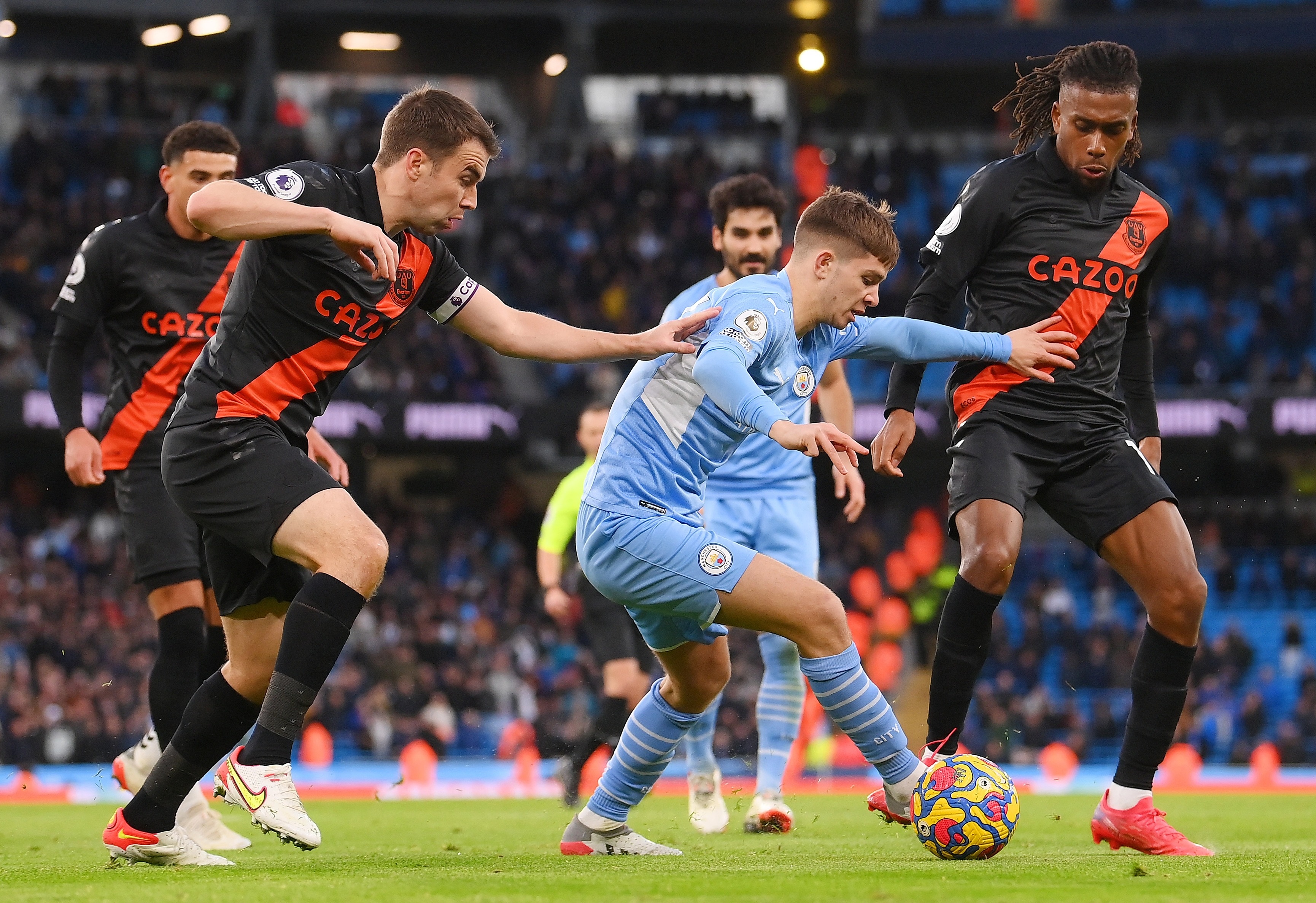 Back in November, McAtee made his Premier League debut against EvertonCredit: Getty

His skill set, quick feet, an ability to keep possession, and perfectly executed through balls mirror David Silva, who graced the Etihad for ten years until moving to Real Sociedad in 2020.

McAtee made his first team debut for the club earlier this campaign, coming on as a sub in the 6-1 demolition of Wycombe Wanderers in the EFL Cup.

While back in November he appeared in the Premier League against Everton.

But, if Manchester United hadn’t let him go, he could have been appearing at Old Trafford instead.

Across town, there’s some rumblings among the Red Devils’ coaching staff about how McAtee slipped through the cracks.

When he was 11, the talent played in red alongside his older brother John, who now turns out for Grimsby Town.

But when Manchester United decided to release John their father – who played rugby league for St Helens – pulled James out of their academy.

United’s loss was City’s gain, who welcomed him with open arms to their youth set up.

And he has progressed through the ranks all the way to the EDS side, also known as the U23’s, and the first team.

In that time, he has also been recognised at international level – playing for both England’s U18 side and U20’s.

KNOWS WHERE THE NET IS

This campaign, McAtee’s shown a real knack for scoring goals. 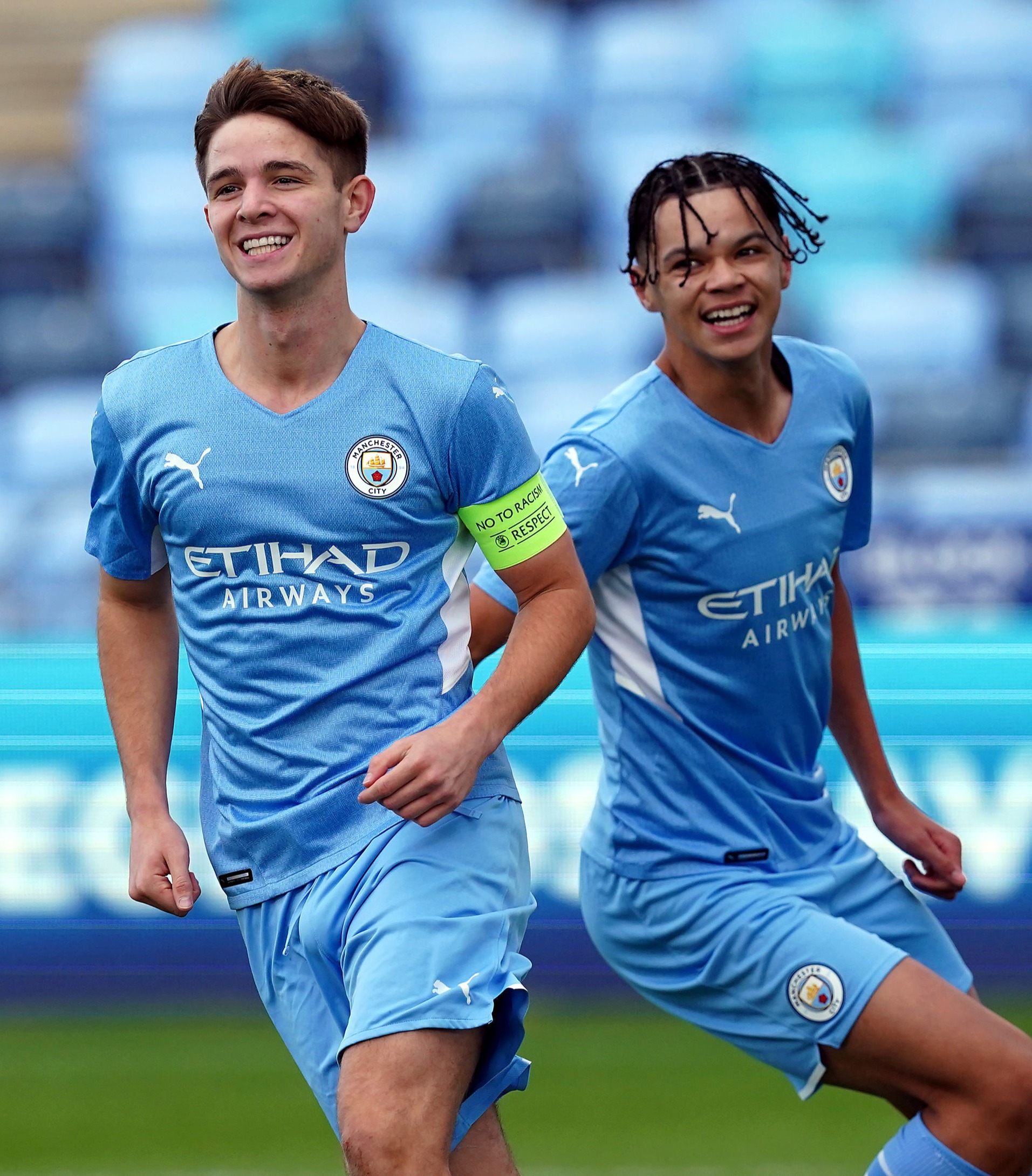 This season, McAtee has shown a knack for scoring goals for the U23 sideCredit: PA 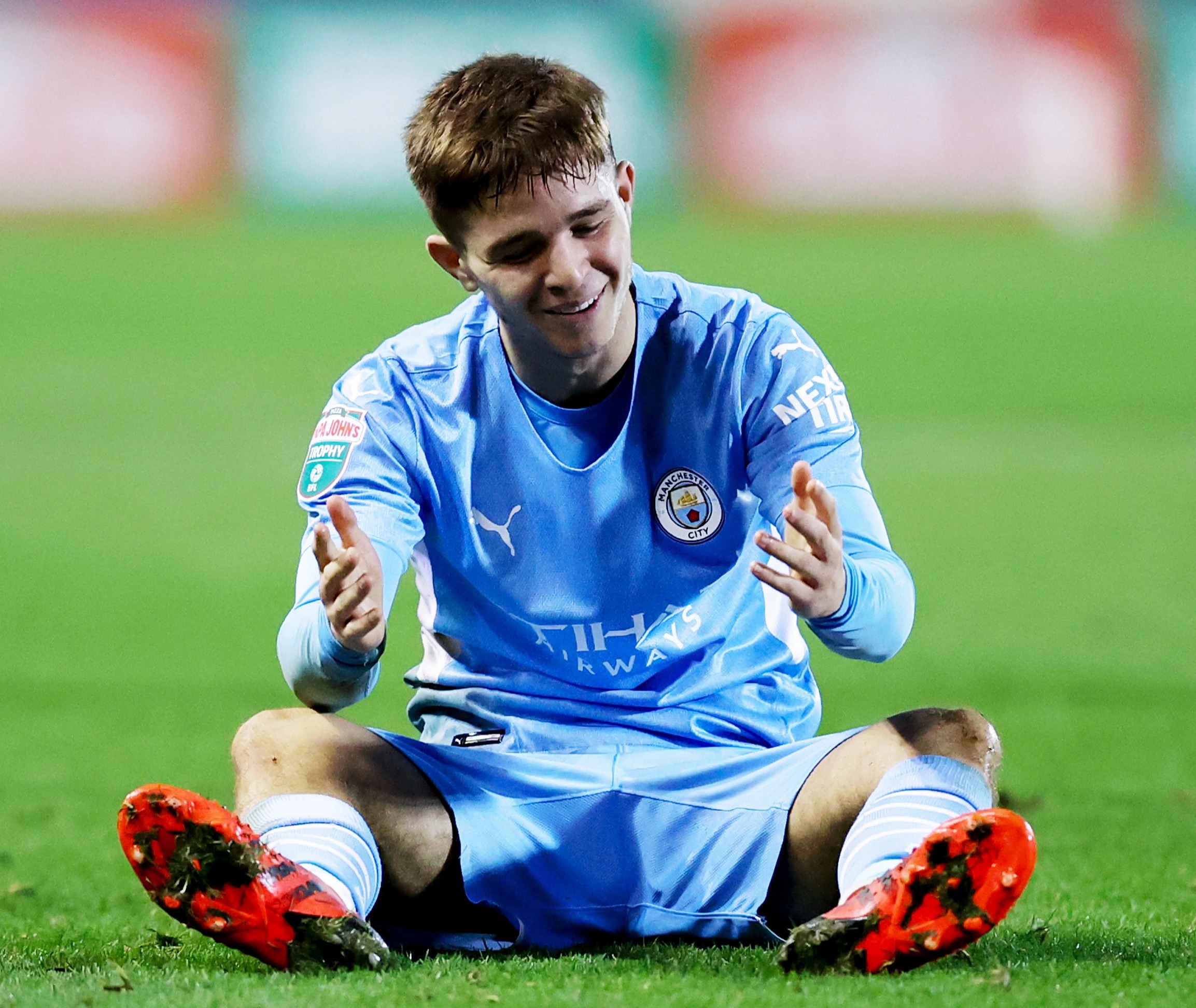 McAtee has 16 goals in 17 games this seasonCredit: Getty

The numbers really speak for themselves. Eleven in 12 in Premier League 2, four in three Uefa Youth League matches and one in two for the EFL Trophy side.

In some quarters he’s been called the best player at U23 level at the moment, with his form putting him into Guardiola’s first team thoughts.

“I’ve seen a real hunger from him to develop his goal scoring, and drifting towards that goal,” he told Goal.

“He is a very, very talented player and a very creative player.

“I think it’s very early in his development. He wants to score goals to support the team and work alongside his team-mates, but understanding he has a special set of qualities that will allow him to score goals and create goals.

“He’s very focused on improving that, which is intriguing me.”

BUT CITY COULD LOSE HIM

While last summer it was reported that Brighton had a bid of £8million turned down for the playmaker, which was denied by City.

Either way, City will be looking to tie their promising kid to a long-term contract. 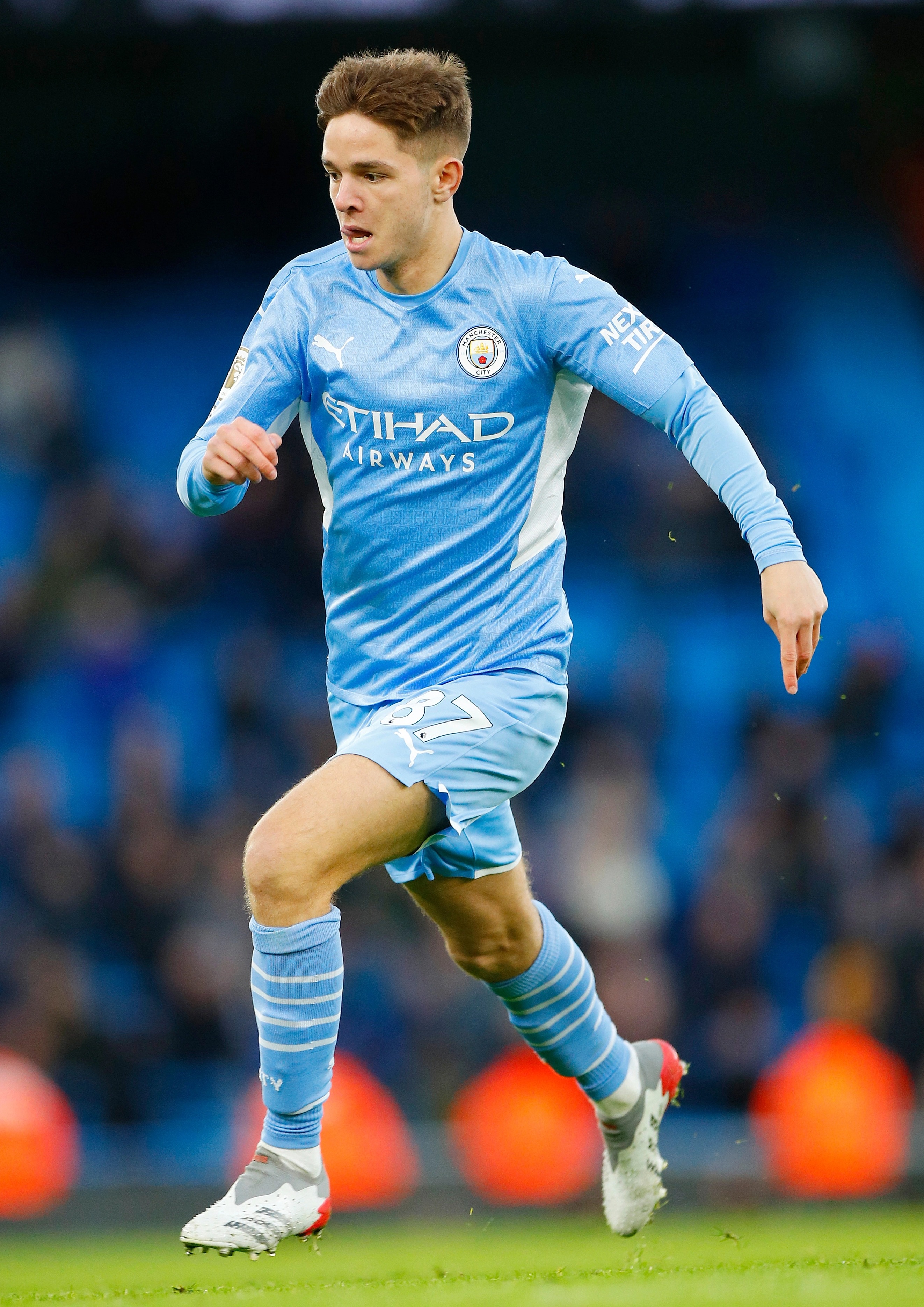 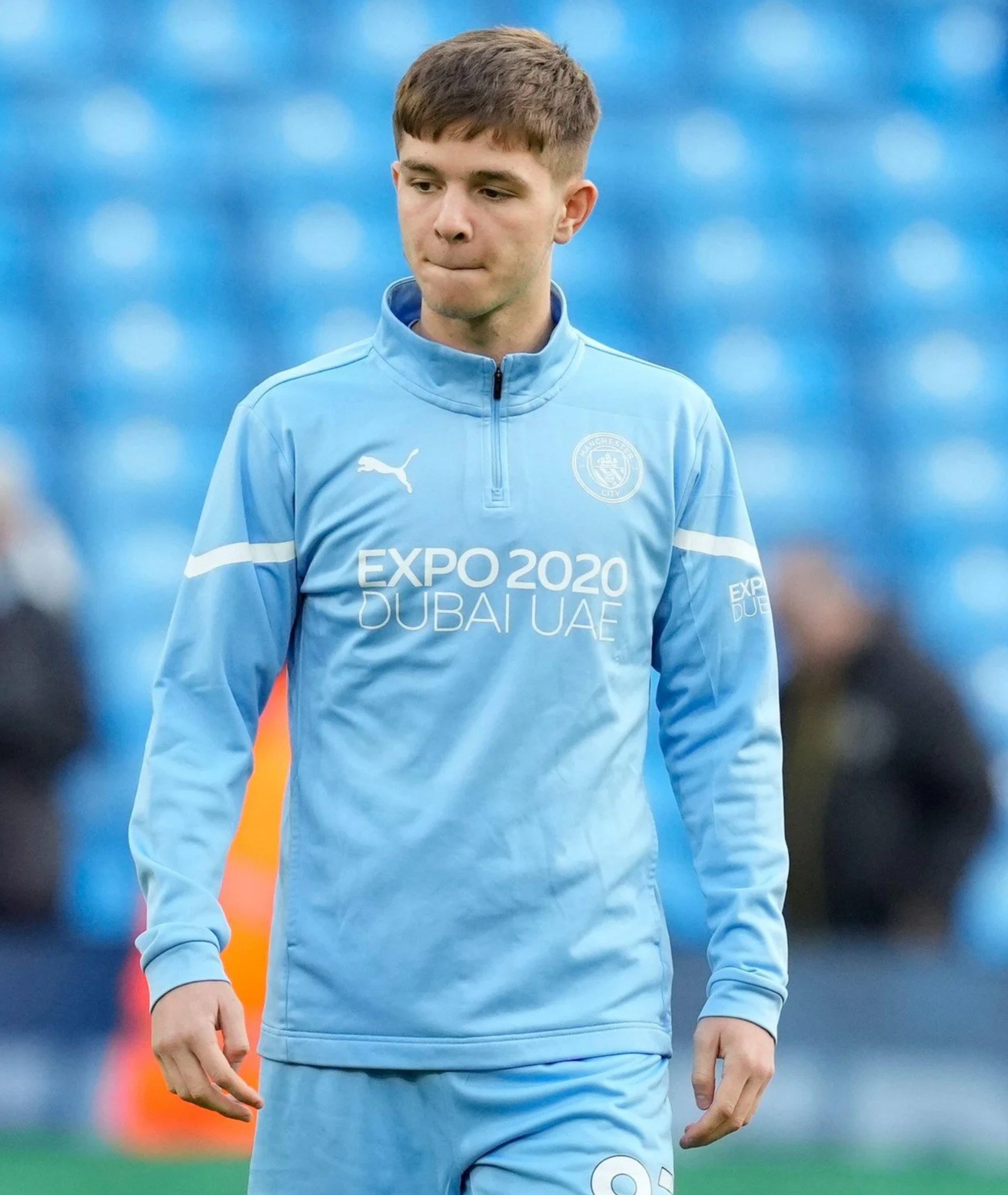 Man City will be desperate to tie McAtee down to a long contract with rival clubs interestedCredit: Alamy

Currently, his deal expires in the summer of 2023, and Manchester United, Liverpool and Barcelona are said to be keeping a watchful eye on developments.

But, being a boyhood City fan, it is hoped that McAtee will be bide his time, work hard, and wait for his opportunity.

The ball is well and truly in his court.