ERLING HAALAND is ready to take the Prem by storm after an electric start to his Manchester City career.

The friendly with Bayern Munich at the home of the Green Bay Packers was interrupted by spectacular thunder and lightning amid warnings of a tornado.

Haaland scored his first goal in a Man City shirt against Bayern Munich on SundayCredit: ESPN 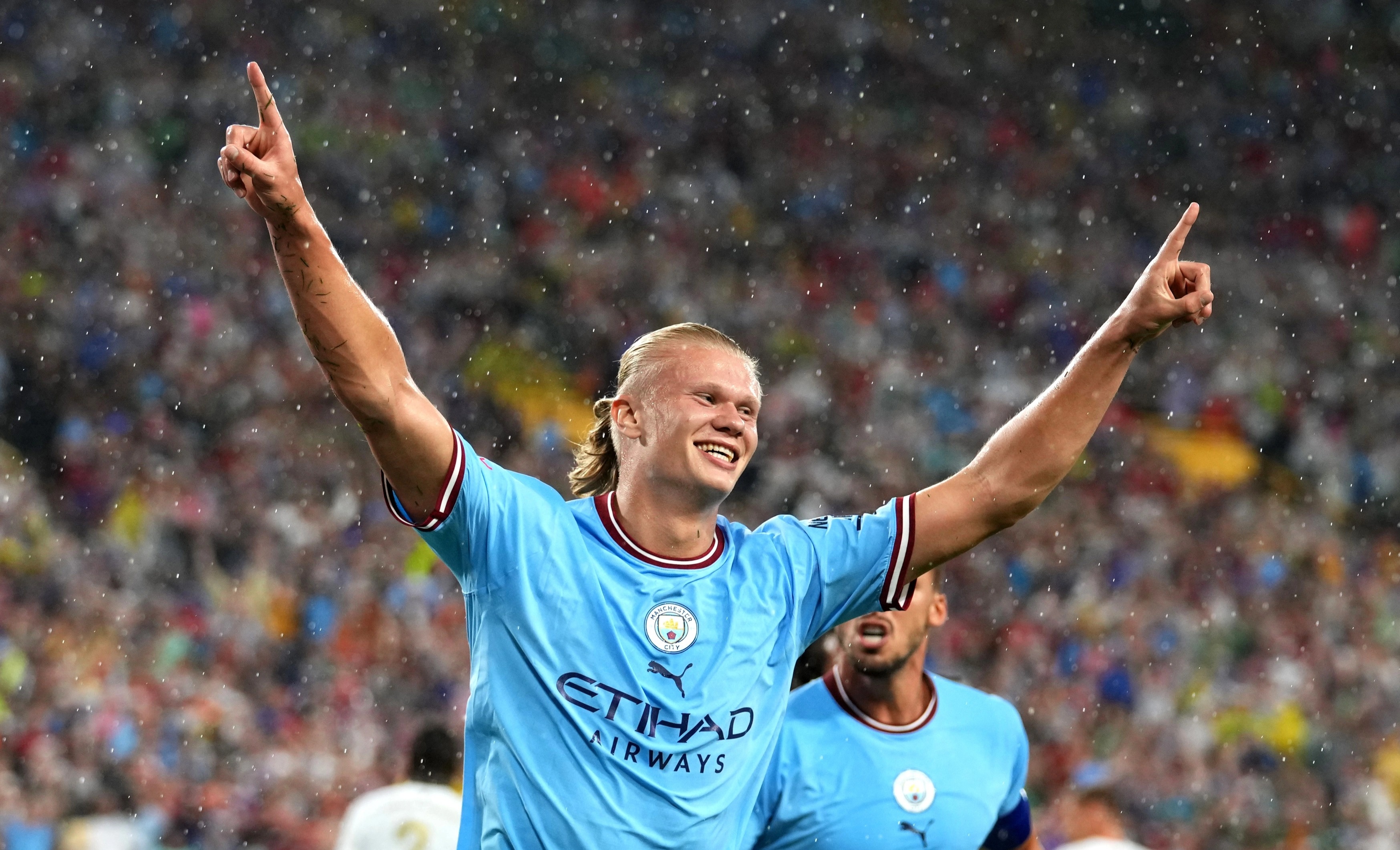 The Norwegian is excited to kickstart life at Manchester City this seasonCredit: Getty

But the only strike that mattered was the one from Haaland — less than 12 minutes into his first City appearance.

The £51.4million Norwegian, 22, said: “I’ve been watching a lot of City games over the last years and they’ve been without a striker. So I’ve been seeing myself in these situations — I’m not surprised.

“It was a good feeling to get started again after six weeks without football. You saw that I’m feeling good and ready.”

Pep Guardiola has been cautious with Haaland during the first couple of weeks back in training and he did not feature against Club America in Houston on Thursday.

However the ex-Borussia Dortmund forward says his fitness is building up nicely ready for Saturday’s Community Shield clash against Liverpool at the King Power.

He said: “I’m not perfect fitness-wise. These were my first minutes. It will come. It was a real test before Liverpool in a week.

“Guardiola is a bit crazy and I like that. I cannot tell you too much about this after one week but I’ve been training well.”

Haaland’s goal came when he slid in Jack Grealish’s low cross. The duo already seem to have a good understanding.

At Dortmund, he struggled to beat Bayern so this friendly victory was a welcome boost.

He said: “I have to say it’s the first time winning against Bayern, it was about time after seven losses in a row. To beat Bayern feels good.”

Guardiola says after playing the last two seasons without a recognised striker Haaland will offer City a new dimension.

Pep said: “It definitely can but it depends on the opponent.”