IT was quite ironic that Manchester City won the title with their feet up in front of the television.

They have  given us more entertainment than anyone this season, so for once they could sit back and enjoy watching with the rest of us. 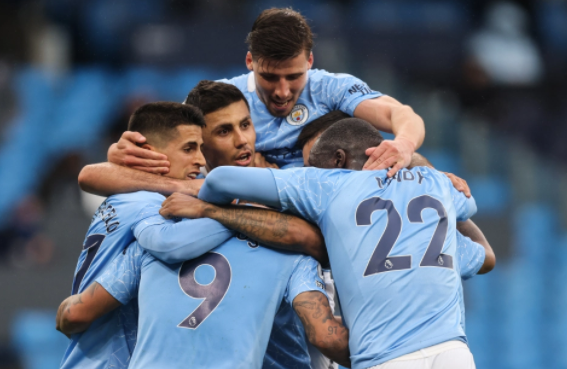 Man City have a squad full of outstanding individuals as well as being brilliant to watch as a unit, says Harry Redknapp 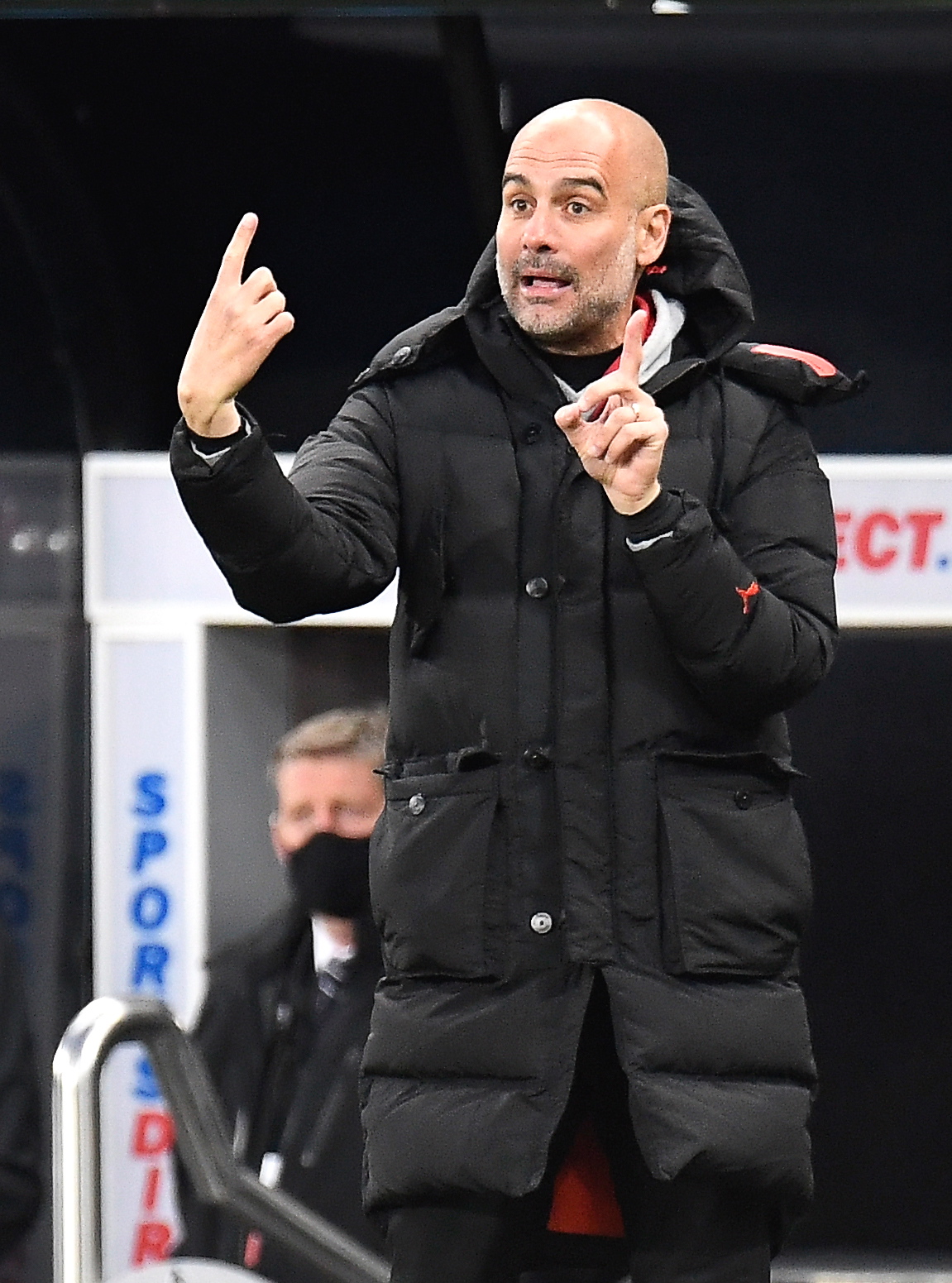 Pep Guardiola has put together one of the best teams ever to watchCredit: EPA 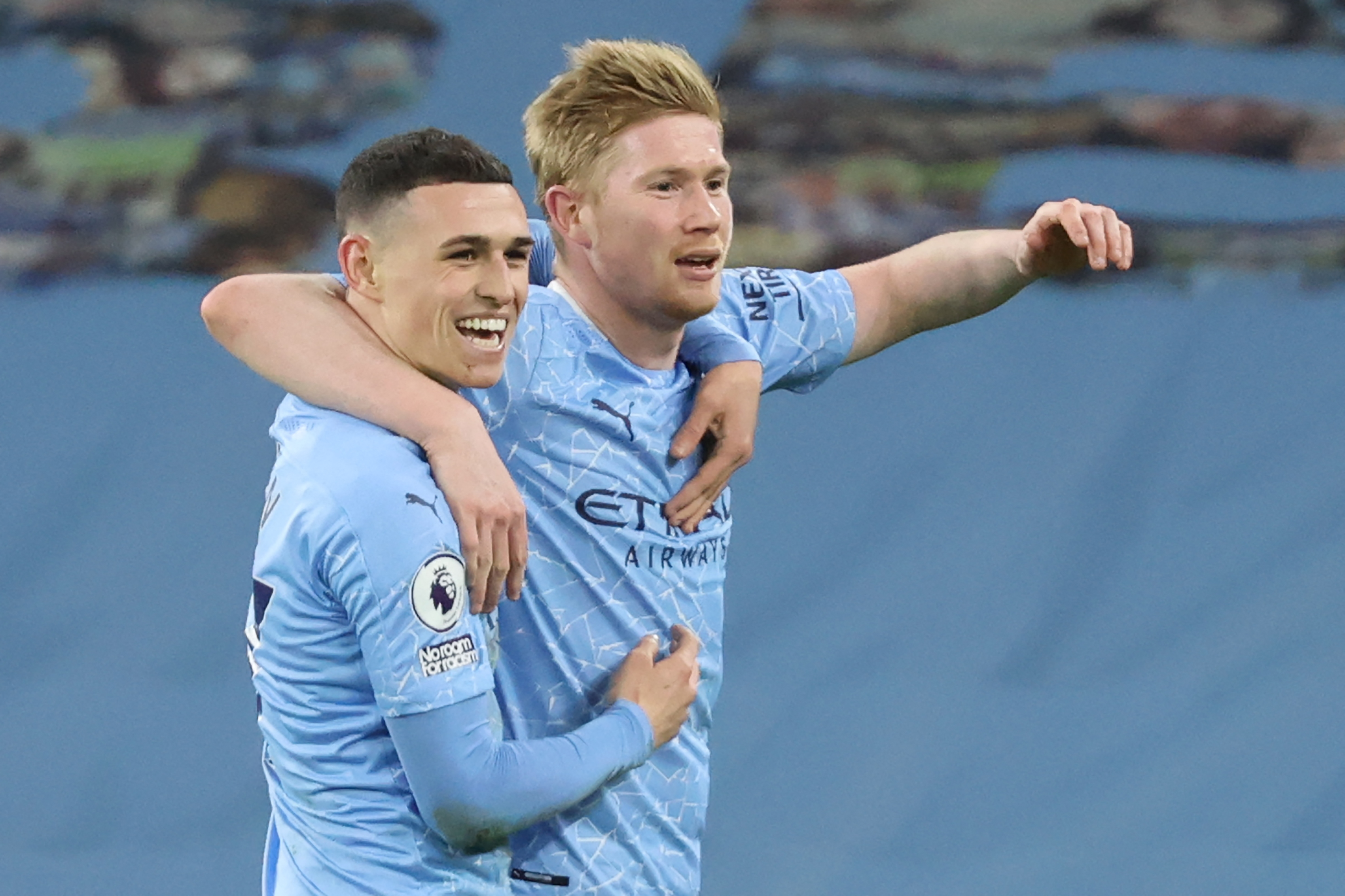 Kevin De Bruyne and Phil Foden are creative geniuses for the champsCredit: AFP

Let’s be honest, it was a case of  “when, not if” for a long time, and all Leicester’s win at Manchester United did on Tuesday was confirm the inevitable.

City have been the best by a mile and there’s only one question when it comes to the champions — who do you pick as the star man when you’re so spoiled for choice?

Usually when a team wins the Premier League, there are one or two obvious and outstanding players.

This time you could name half a dozen and it still wouldn’t be enough.

There’s centre-back Ruben Dias, for the unbelievable way he has come to a new league, a new country and played like he’s been here for years.

But alongside him you’ve got John Stones, who is in such form that it’s hard to think of a better ball-playing centre-back anywhere in football, never mind England.

What about Phil Foden, though? An absolutely great talent who has just gone to a different level this season.

I tell you how good he is . . . I love watching Kevin De Bruyne, but it’s a toss-up between him and Foden for me now, and  I never thought I’d be saying that.

But there are plenty of others as well. Riyad Mahrez, Kyle Walker, Raheem Sterling — for all he has dropped off a bit lately — Ilkay Gundogan, even the  goalkeeper Ederson. 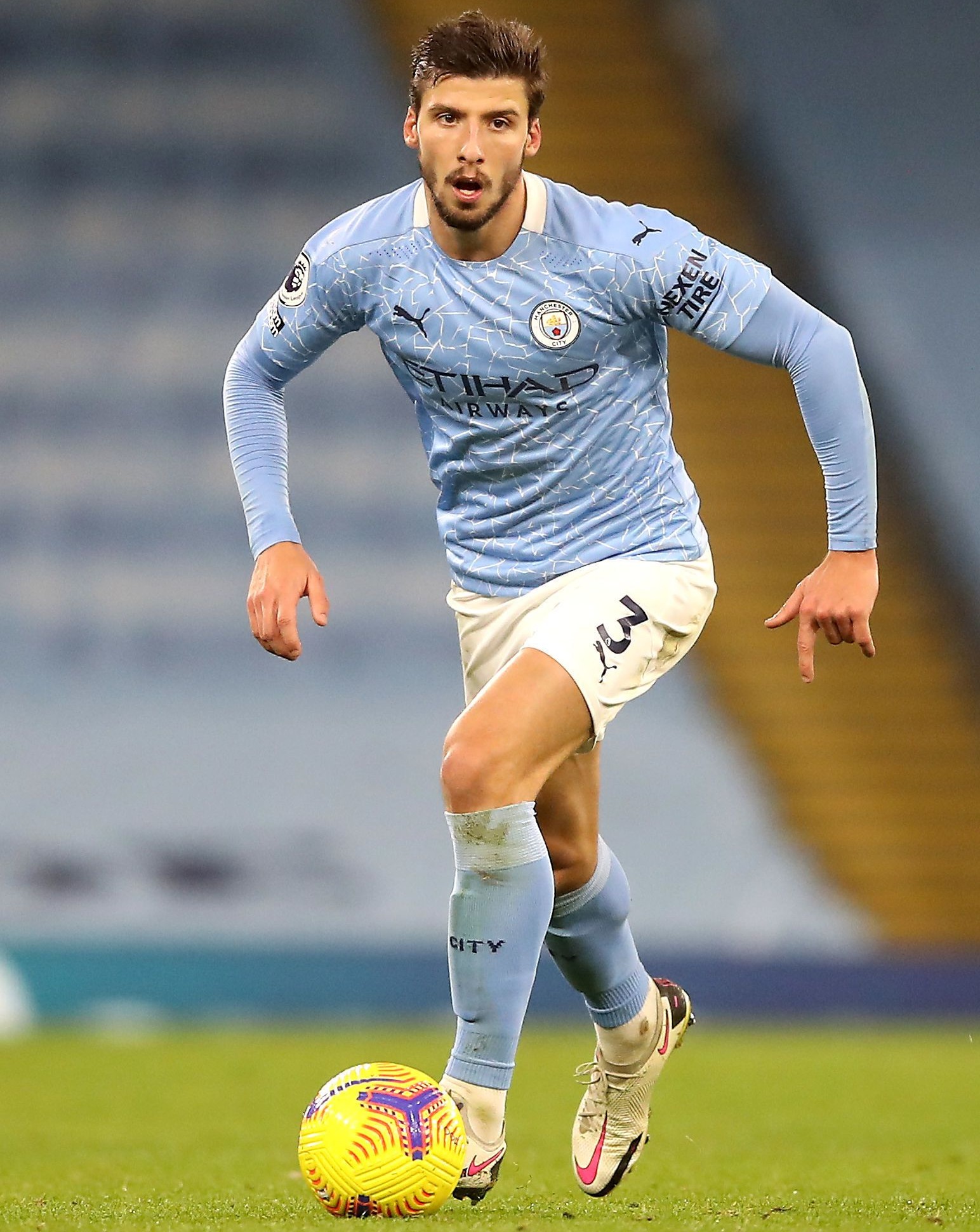 Ruben Dias has been masterful in central defence for Man CityCredit: PA 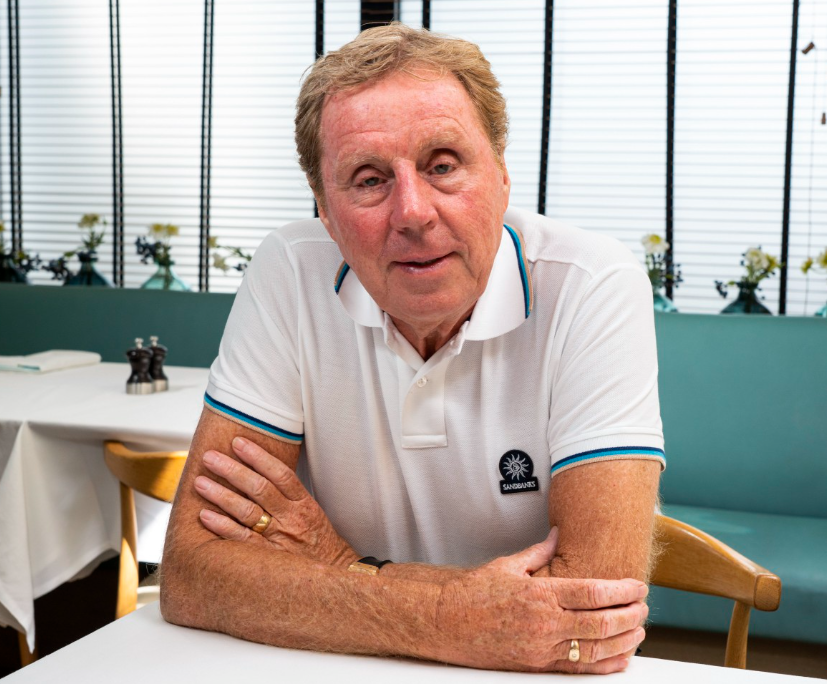 They were supposed to have a bit of  a weak link at left-back, but Oleksandr  Zinchenko has been different class.

And Joao Cancelo can slot in just about anywhere and look like that’s his best  position. I tell you what, Portugal will have a team at the Euros this summer!

It’s funny to think now, but  I remember asking someone at Leicester about Mahrez the year before they won the league and they told me that they weren’t 100 per cent  convinced.

I’d get a different answer now, for sure. When he cuts in from the right and gets it on his left foot, at times he’s just been unplayable.

And the way Walker keeps going is simply unbelievable.

When Tottenham let him go, even for big money, I felt it was a strange one as he’s such a top player.

I bought him and Kyle Naughton as kids and he was an absolute powerhouse — and he’s still bombing up and down the pitch at 30.

I’ve said more than once that at times  football has been a very hard watch with no fans in the grounds.

Ten passes to get to halfway and then all the way back again.

A lot of the time it  has been boring and a different game to the one we all love.

But Pep Guardiola has  never changed his principles and City have always been great entertainment, whatever anyone else has done.

I thought Liverpool would give them a real challenge this season. But no-one could have guessed how they’d struggle and I fancied Tottenham to go close, too.

But for one reason or another they’ve all fallen short — and after a slow start, City have been unplayable at times. 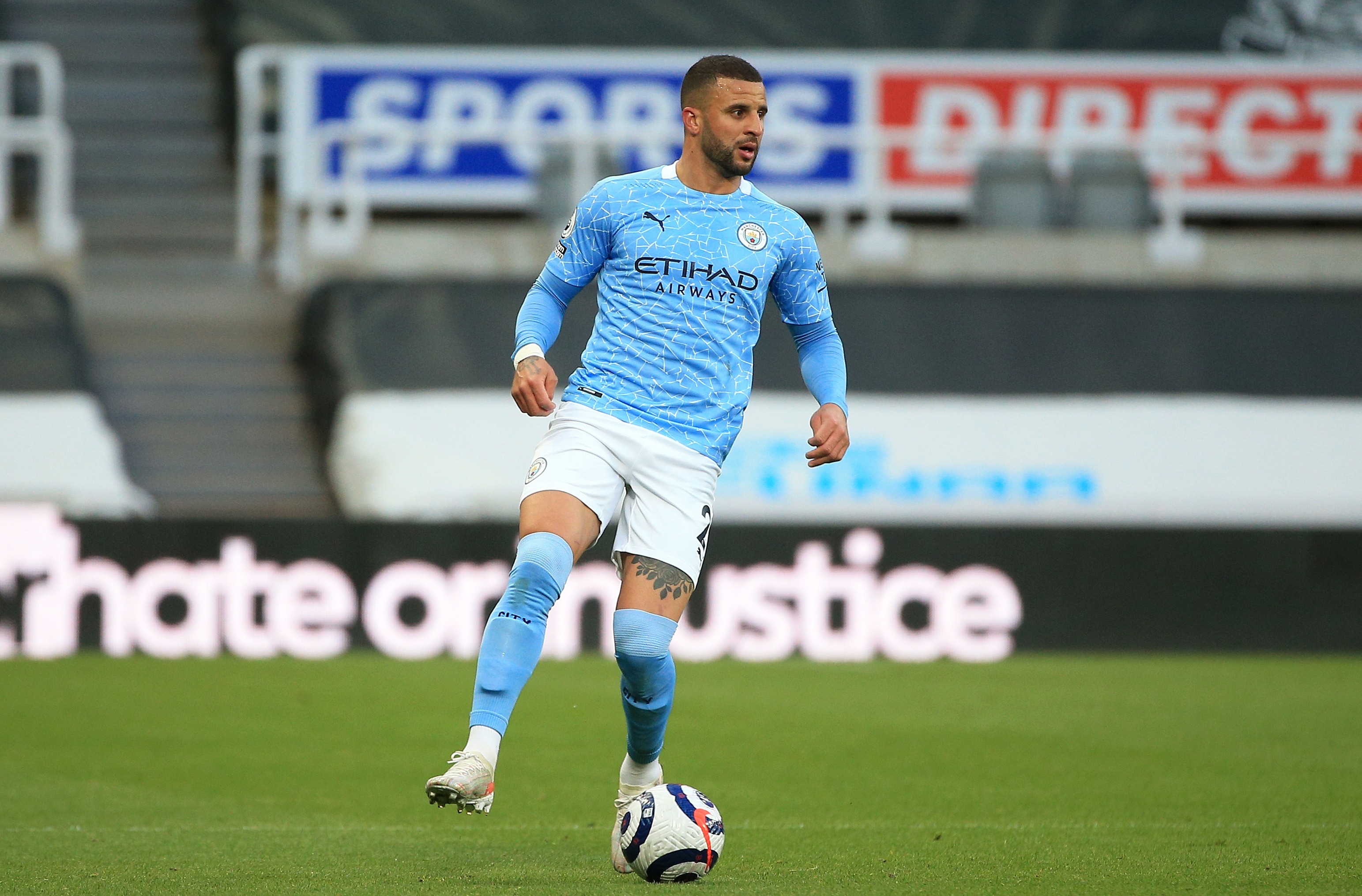 Kyle Walker has shown an incredible ability to bounce back to the topCredit: Getty

Of course, there is still the odd blip here and there and Chelsea will fancy their chances in the Champions League final.

You can see why. They beat City in  the FA Cup semis and won at the Etihad last week, so that European game really is one not to be missed.

It proves again that the Premier League really is the best in the world, too, so for City to win it as they have shows how good they’ve been.

When you consider they kicked off late, because of being in Europe last year, and they’ve been in every competition virtually to the end, this rates with any previous title.

And in Pep they have a manager who’s as good as any, ever.

For me, Sir Alex Ferguson is untouchable for all he won, but this fella isn’t  far behind. It makes me laugh when half the teams try to copy the way he plays from the back, but land themselves in trouble.

When City beat Spurs to win the Carabao Cup it was like watching a Premier League side against one from Division Two.

They were so much better, I’ve never seen a more one-sided final — but it’s been like that against most sides at some stage.

Over the season as a whole, they have been head and shoulders above everybody else once again.

City might not go down in the record books as the Invincibles… but once they found their feet they were certainly the Untouchables.