LIVERPOOL keeper Alisson was sent off TWICE but saved by VAR on BOTH occasions as FOUR red cards were shown in Brazil’s 1-1 draw with Ecuador.

In a remarkable start to the World Cup qualifier, Ecuadorian keeper Alexander Dominguez was sent off after just a quarter of an hour when he booted striker Matheus Cunha in the chest.

Alisson was firstly dismissed in the 26th minute before his red card was overturnedCredit: EPA

Alisson was then shown another red card in stoppage time before that was overturned tooCredit: AFP 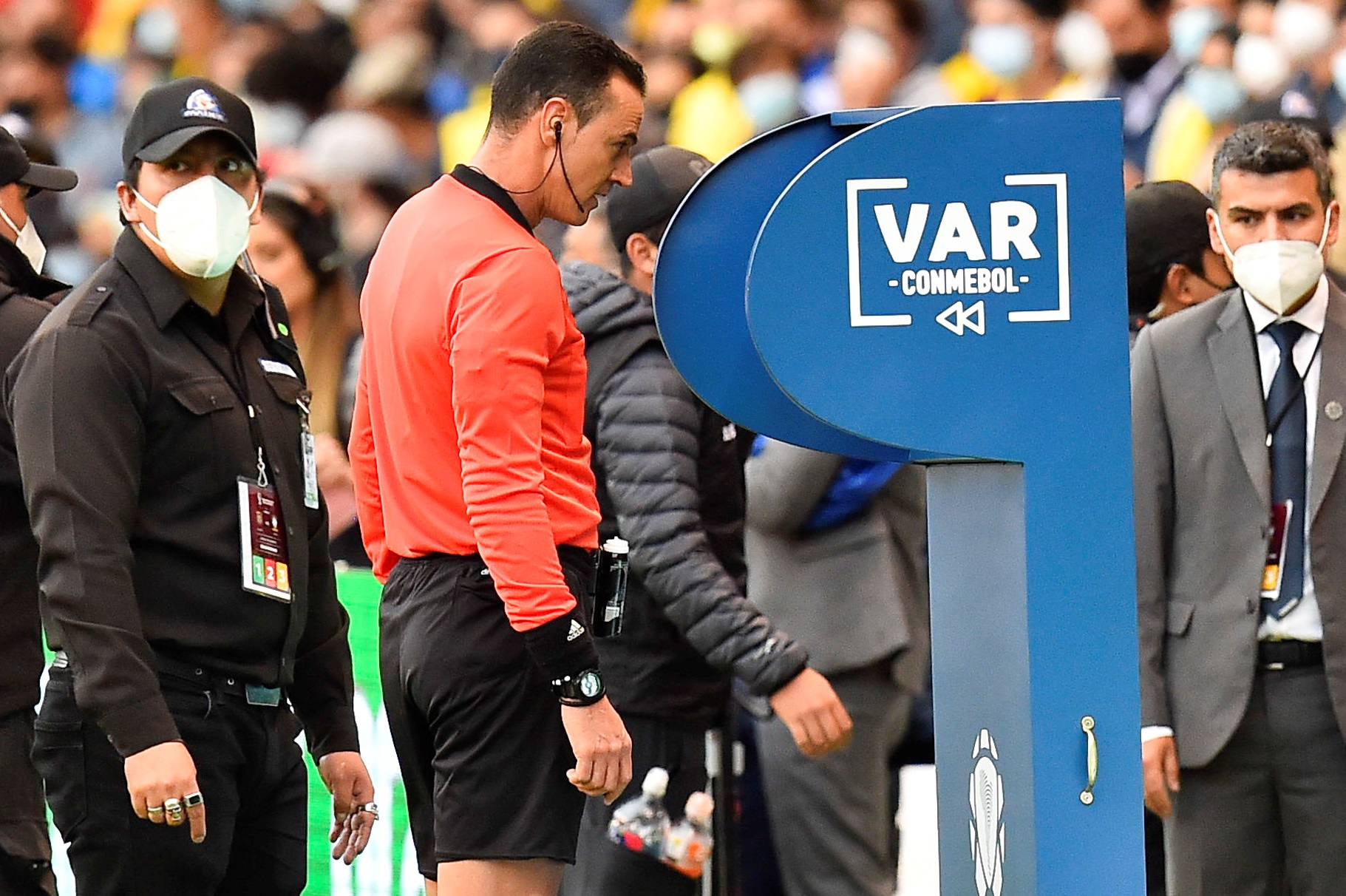 The official eventually looked at the monitor and overturned Alisson’s red cardCredit: EPA

The 23-year-old Spurs defender, who had been booked in the opening seconds of the game for leaning into a challenge with his arm, was shown a second yellow card and dismissed.

But the drama was far from over as Alisson‘s eventful night began to unravel.

In the 26th minute, he came charging out of his goal to clear a bouncing ball but the referee deemed him to have dangerously caught former West Ham forward Enner Valencia with a high boot.

However, after VAR reviewed the incident Alisson’s punishment was reduced to a yellow card and he was allowed to stay on the field.

Then in stoppage time a dramatic finish saw Alisson fumble the ball and appear to clatter into Angelo Preciado in his attempts to retrieve it.

Ecuador keeper Dominguez was the first man to be sent offCredit: AFP 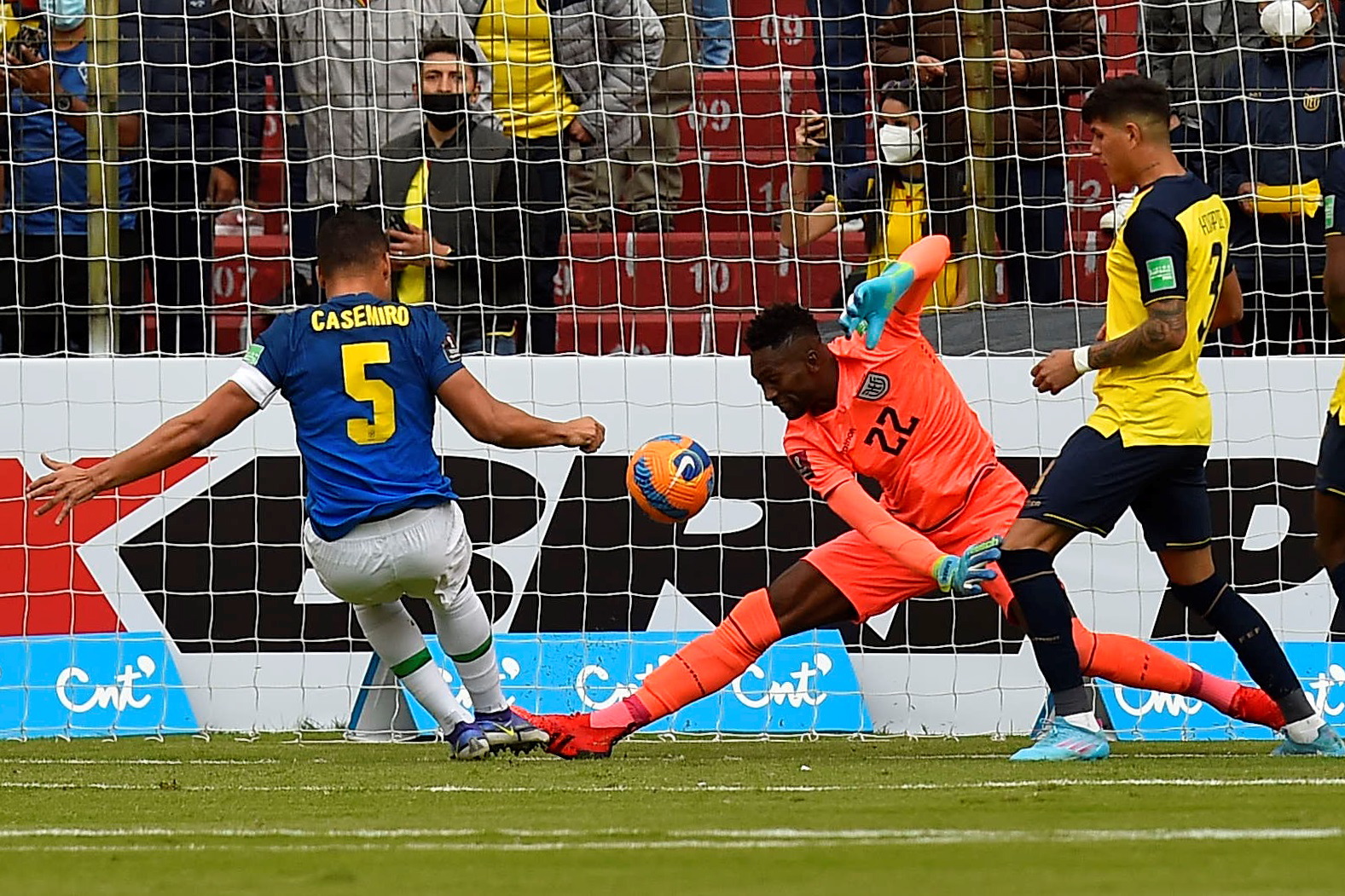 The ref pointed to the spot and sent him off for a second time in the match.

But replays showed Alisson had got to the ball before making contact with Preciado.

And after a VAR review the Brazilian’s dismissal was once again rescinded as he remained on the pitch to see the final whistle.

All of those crazy scenes came after Real Madrid midfielder Casemiro had given Brazil the lead in the sixth minute.

Aston Villa newboy Philippe Coutinho was hauled off in the 32nd minute after both teams had been reduced to 10 men.

But in the 75th minute Felix Torres grabbed an equaliser for the hosts as they picked up a crucial point in their pursuit of World Cup qualification.

Brazil, who have already booked their place in Qatar, remain seven points clear of Argentina at the top of the table.

Tite’s side are unbeaten in 14 qualifiers – winning 11 and drawing three.

Meanwhile, Ecuador are seven points ahead of fourth place Colombia and look almost certain to qualify for the World Cup later this year.

The last time they reached the finals was back in 2014 when they were eliminated in the group stage.