RALF RANGNICK arrives in Manchester hailed as the Messiah who can knock Liverpool and Co off their perch — yet it is Kop fans who should be giving thanks.

Two decades ago, Rangnick’s words of wisdom helped set Jurgen Klopp on the road to management, eventually leading him all the way to Anfield.

Ralf Rangnick will take charge of his first Man Utd game on Sunday when they host Crystal PalaceCredit: Getty 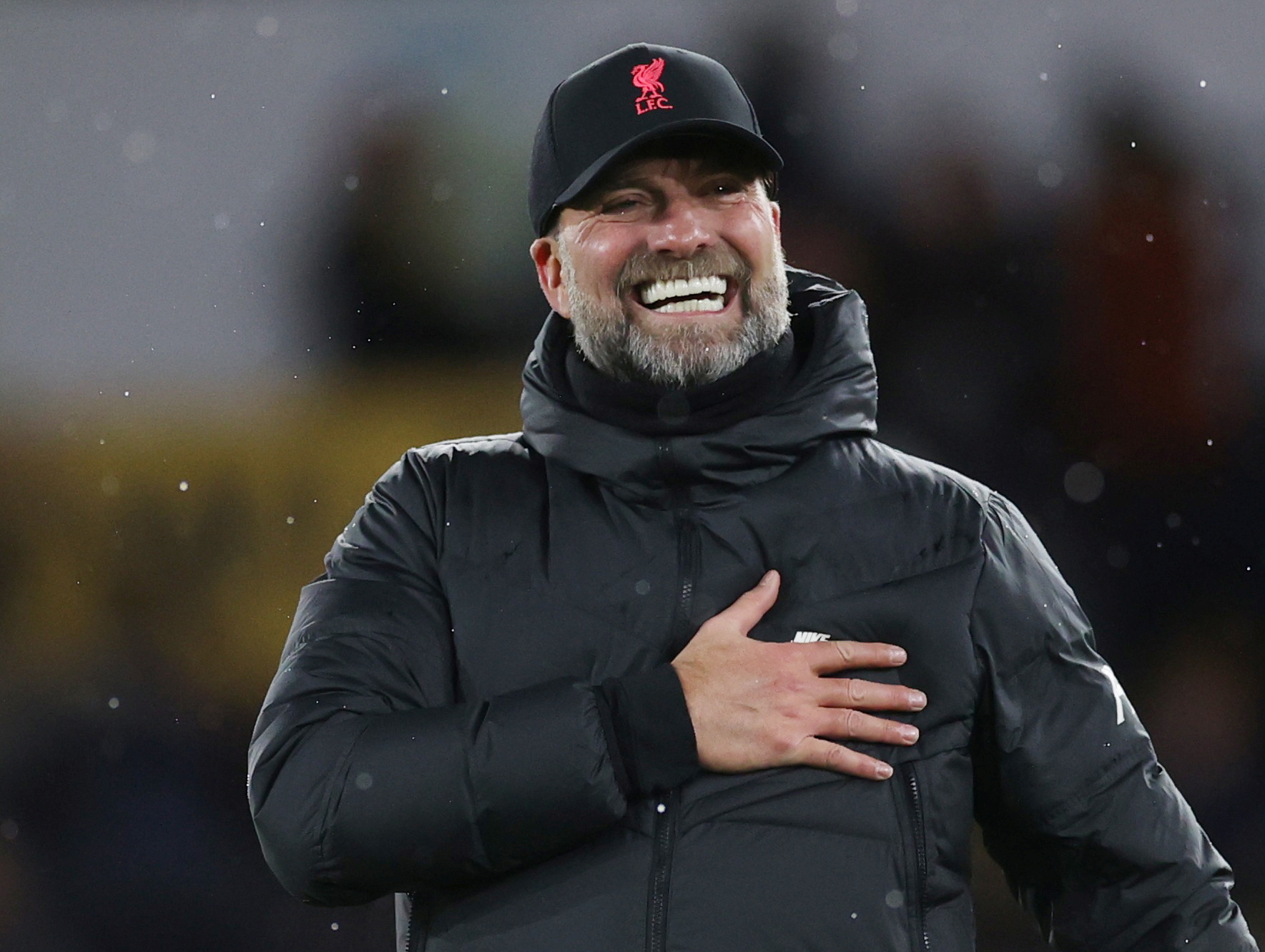 Jurgen Klopp developed some of his style off the back of Rangnick’s inspirationCredit: Reuters

In 2001, the new Old Trafford gaffer was earning rave reviews as one of Germany’s brightest young bosses, when his big pal Klopp was up for his first job at Mainz.

Klopp rang for advice, as he had no agent and little idea of what he should ask for.

Rangnick was happy to steer him in the right direction, he ended up getting the job — on the terms he wanted — and so began the career which took him to Merseyside.

Hours before he took his first training session with United, he chuckled at the memory of that phone call and what it led to.

Rangnick, 63, said: “We’ve known each other since 1997. I was not his mentor — that was a coach called Wolfgang Frank — but we have always been in contact and had a good relationship.

“I remember before Jurgen became head coach at Mainz and he called me, to see what kind of money he should be asking for.

“He didn’t have an agent, so I told him. In a way, I was his agent and advised him what to go for.

“Jurgen said, ‘Do you think that is too much to ask?’ I told him it was the right thing to do — and I am sure he got what he wanted!”

Needless to say, Klopp didn’t get a similar call for his thoughts when Rangnick had the chance to head to England himself.

But Klopp made it clear he expects his mate to be a hit, admitting United’s manager spells bad news for the rest of the Prem.

And Rangnick is under no illusions about the size of his task.

He added: “I’m more than optimistic but also have to be realistic.

“Five weeks ago, our team lost 5-0 against Liverpool and it could have been a lot more to be honest.

“Against City it was 2-0 — but it could also have been more.

“It was important to get a point at Chelsea, yet the performance? I don’t know.

“They had 24 shots on goal and we had three.

“So right now, to say that I will challenge the top Premier League managers in the next few weeks or months, is not realistic. 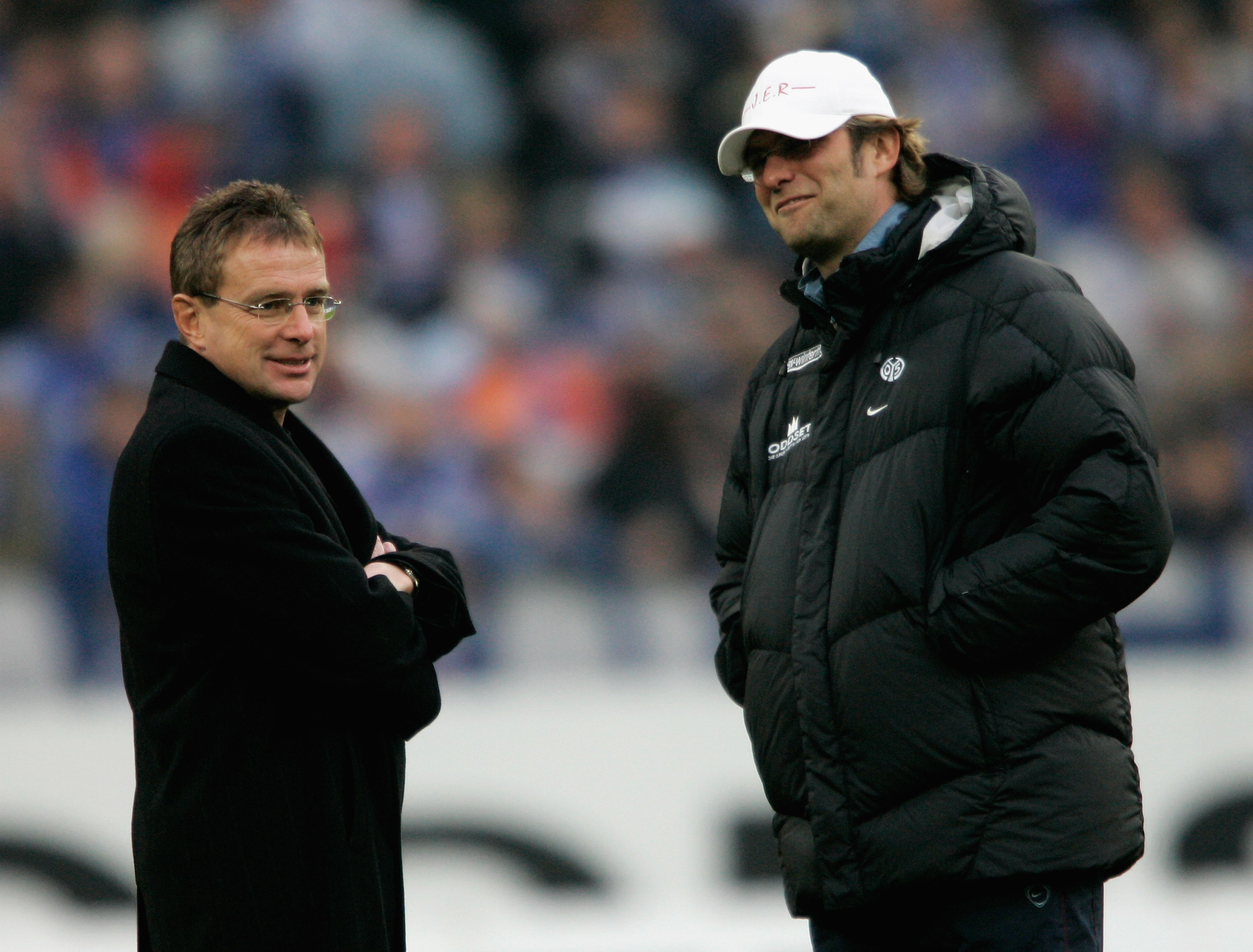 Rangnick and Klopp have known each other for many yearsCredit: Getty

“Right now my focus is on Crystal Palace and then on Young Boys, then Norwich, then Brighton and then Brentford.

“The games against Chelsea, Liverpool and Manchester City will be in March and April — and that’s when I will answer the question about challenging them.”

Klopp isn’t the only man who has a debt to Rangnick. Chelsea chief Thomas Tuchel played under him at Ulm, before a knee injury ended his playing days.

Two years later, after moving to Stuttgart, he gave Tuchel his big coaching break in charge of the Under-15s — and set the wheels of another career in motion.

Whether he follows Tuchel’s lead and makes Manchester United European champions after half a season in charge, is of course highly doubtful.

But it wouldn’t be the first time Rangnick has worked miracles — in fact he has made a habit of it.

‘THE BIGGEST CLUB IN THE WORLD’

Rangnick said: “When I started at Ulm they were a third-division club and in two years we won two promotions and multiplied the attendance.

“And the same happened in Hannover over three years.

“Then the first spell at Schalke, which is also one of biggest clubs in Germany.

“And in six years at Hoffenheim, a small village of 3,000, we were top of the Bundesliga after two consecutive promotions.

“That was a fairytale story. When I went there they had 1,000 fans — and two years later we sold out every home game.

“In nine years at RB Leipzig, we went from level four to the Champions League.

“To play in front of those 75,000 fans is challenging, encouraging and motivating. You have to cherish that and enjoy it — if not, you’re in the wrong ball game.”