LIVERPOOL were dealt another injury blow after Virgil van Dijk joined Mo Salah off the pitch as the Reds won the FA Cup final.

Salah lasted just over half an hour against his former side while Van Dijk was replaced at the end of normal time before the Reds went on to win on penalties.

The Dutchman had looked uncomfortable on the bench, but Klopp says he should be fine as Liverpool continue to chase the quadruple.

Klopp said: “I think Mo is a bit worse than Virg, he is OK.

“He felt it a little bit. I hope he will be fine. We have the squad.” 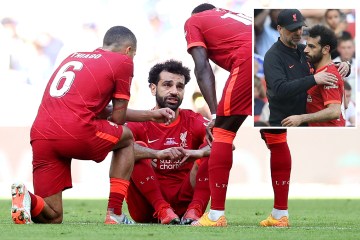 Salah experienced discomfort shortly after the half-hour mark against Chelsea, with what appeared to be a groin issue.

Both will now face a battle to be fit for Liverpool’s crucial upcoming matches.

Liverpool went on to beat Chelsea on penalties and Van Dijk confirmed his injury post-match.

He said: “We’re going to check it out. I felt in the first half when I sprinted, I felt a twinge behind my knee, I played on.

“In the end, I can’t risk it for the team and I need to trust Joel. Hopefully it will be fine.”

Jurgen Klopp’s side travel to Southampton on Tuesday night, before finishing their Premier League campaign against Wolves at Anfield next Sunday. 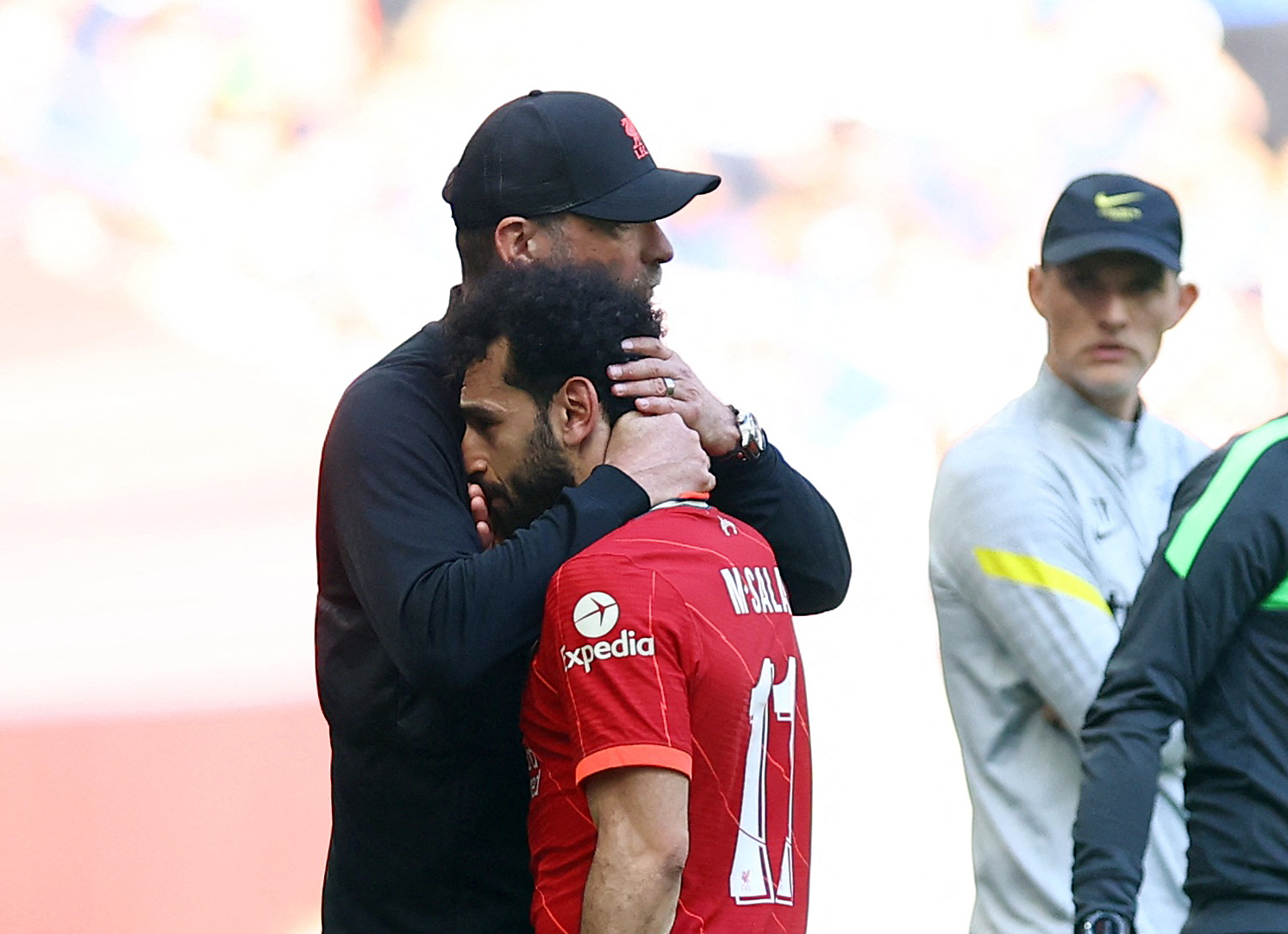 They then face Real Madrid in Paris on May 28.

Liverpool beat Chelsea in a final for the second time on penalties this season as Thomas Tuchel’s side missed twice in the shootout to lose.

Cesar Azpilicueta hit the post with his penalty before Edouard Mendy saved Sadio Mane’s effort to send it to sudden death.

But Mason Mount saw his weak shot saved by Alisson and Kostas Tsimikas coolly slotted home to send the trophy back to Merseyside.