EDINSON CAVANI proved the late hero for Manchester United as he fired them into the Carabao Cup semi-finals.

The Uruguayan fired home the winner two minutes from time as the Red Devils edged Everton 1-0 in a drab affair at Goodison Park. 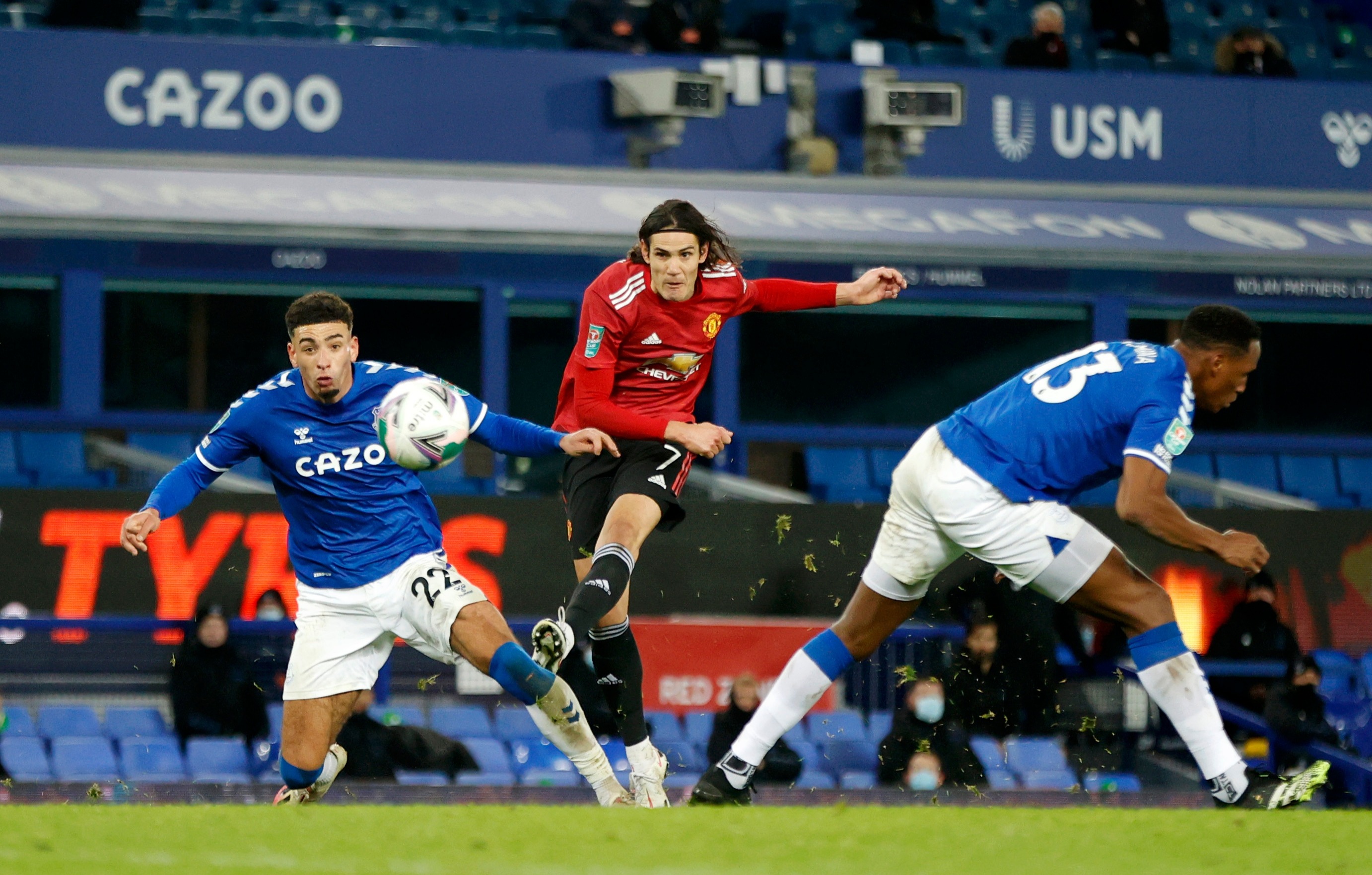 Here’s how SunSport’s David Facey rated each United player on the night.

Not really tested too often, but well positioned to deal with Sigurdsson’s curling free kick.

Got his angles right again when Sigurdsson hit another one through a tight group of pklayers.

Not as keen to get forward on the overlap as Telles, and a couple of needless fouls eased the early pressure on Everton.

One of only two men retained from the thumping win over Leeds, which sums up how important he has become to United.

Handled the aerial threat of Calvert-Lewin in typuical no-nonsense fashion.

Confident and accomplished at bringing the ball out of defence, and couple of good passes to feet during United’s early dominance.

Sucked in a bit too easily when Everton started asking a few questions of the United defence.

Some outstanding deliveries as United won plenty of early corners, and always eager to join in the attack.

Not quite as assured when he was backpedalling, but a good shift overall.

Ok, but you’re entitled to expect more from a player of his stature. Hit and miss with those long, diagonal balls.

Looked surprised when a Telles corner reached him on the far post, and failed to get any power in his header.

Read the game as expertly as ever, and hard to remember him missing his target with a single pass.

But it would be good to see him trying his luck a bit further upfield.

The Dutchman is a willing runner, but has shown precious little when he is in possession.

Ran into a few blind alleys, and no surprise to see him hooked midway through the second half.

Everything United do these days seems to revolved around the Portugese playmaker, and it was no different here.

Simply oozes class, but left his shooting boots at home for once. Solksjaer has to be careful not to overwork him.

Good chance to prosper against a makeshift full back in Godfrey, but did not really make the most of it. Looked to win free kicks rather than get crosses in.

Unlucky when his glancing header grazed the outside of the post in the first half.

Really lively early on, and never afraid to pull the trigger, even from tight angles. And brilliant finish for his late, late winner.

Lucky to avoid punishment for instigating an off the ball tussle with Mina.

Fell over his own feet when played in by Fernandes late on. Then settled it.