MANCHESTER UNITED travel to Brentford as they return to Premier League action.

United were held in a thrilling 2-2 draw at Aston Villa last time out, with Villa new boy Philippe Coutinho scoring a late equaliser on a dream debut.

He also revealed he expects Marcus Rashford to feature.

Rangick said in his press conference on Tuesday: “Cristiano and Marcus were training yesterday, so I suppose they will also be training today.

“But in the press conference before the Villa game I was also convinced Cristiano would be available and he wasn’t, the same with Marcus.

“So we have to wait for the training session today. Right now, I think they both could be available.”

When is Brentford vs Man Utd?

The match kicks off at 8pm.

What TV channel and live stream is Brentford vs Man Utd on?

Brentford vs Man Utd will be broadcast live on BT Sport 1.

BT begin their coverage at 7pm.

While Paul Pogba being certain to miss out after only just returning to training.

And should Rangnick continue with a 4-2-3-1 formation, Ronaldo could lead United’s line as the sole striker.

Rashford would presumably take up his favourite role on the left wing, with Bruno Fernandes continuing as the central No10 playmaker.

And there could be a start for Jadon Sancho on the right flank following his cameo at Villa Park. 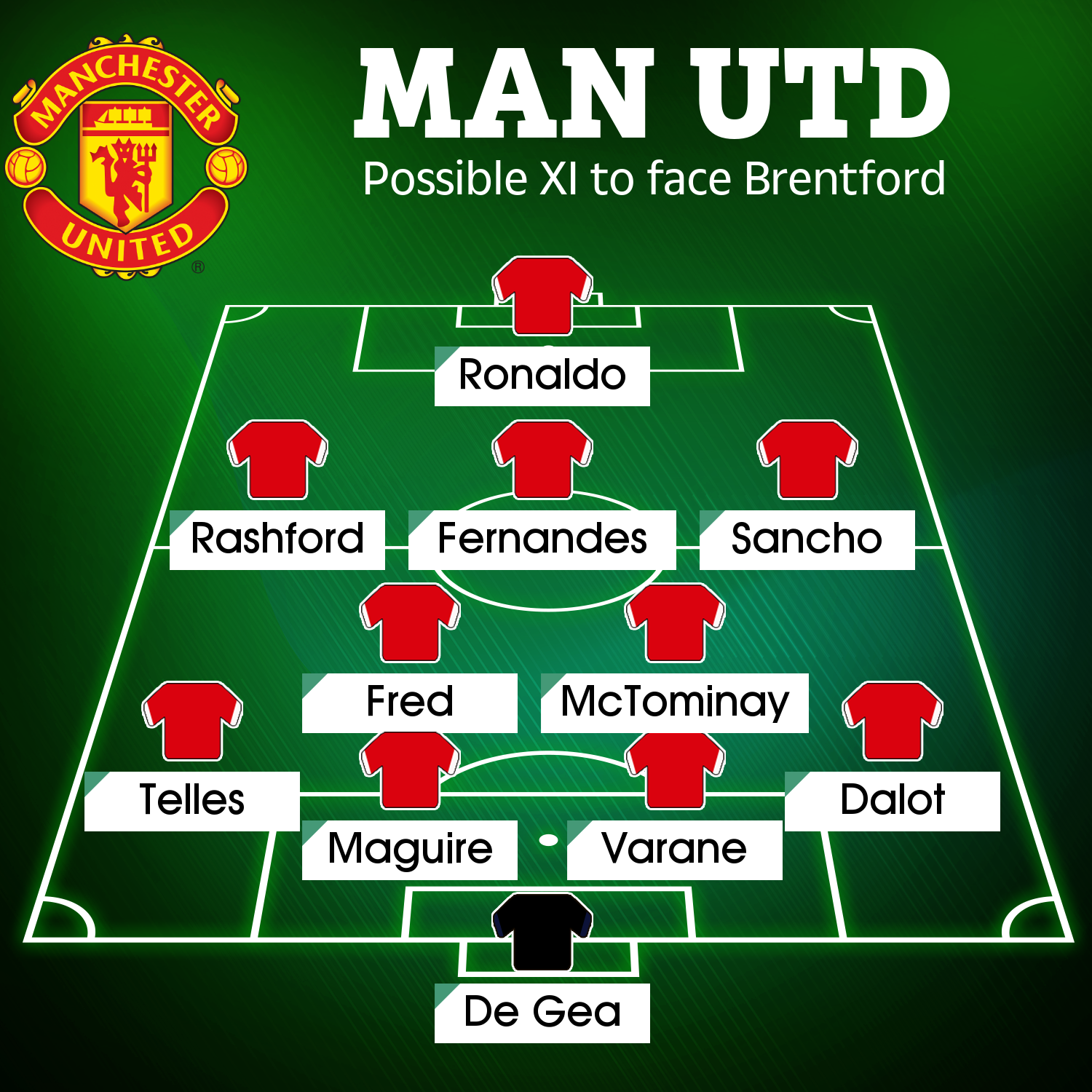