LIONEL MESSI is so good he can even make his heat map look like a goat.

The Barcelona great, 33, regularly gets labelled as the Greatest Of All Time. 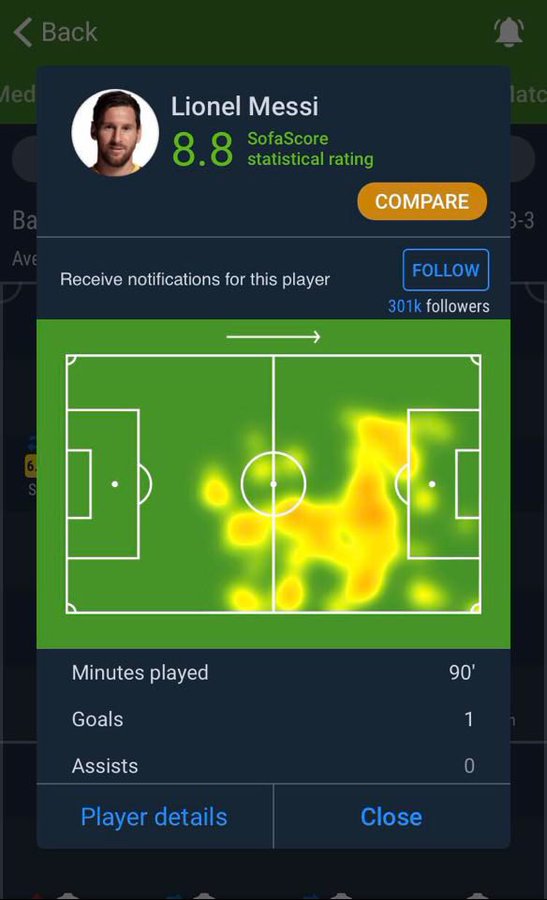 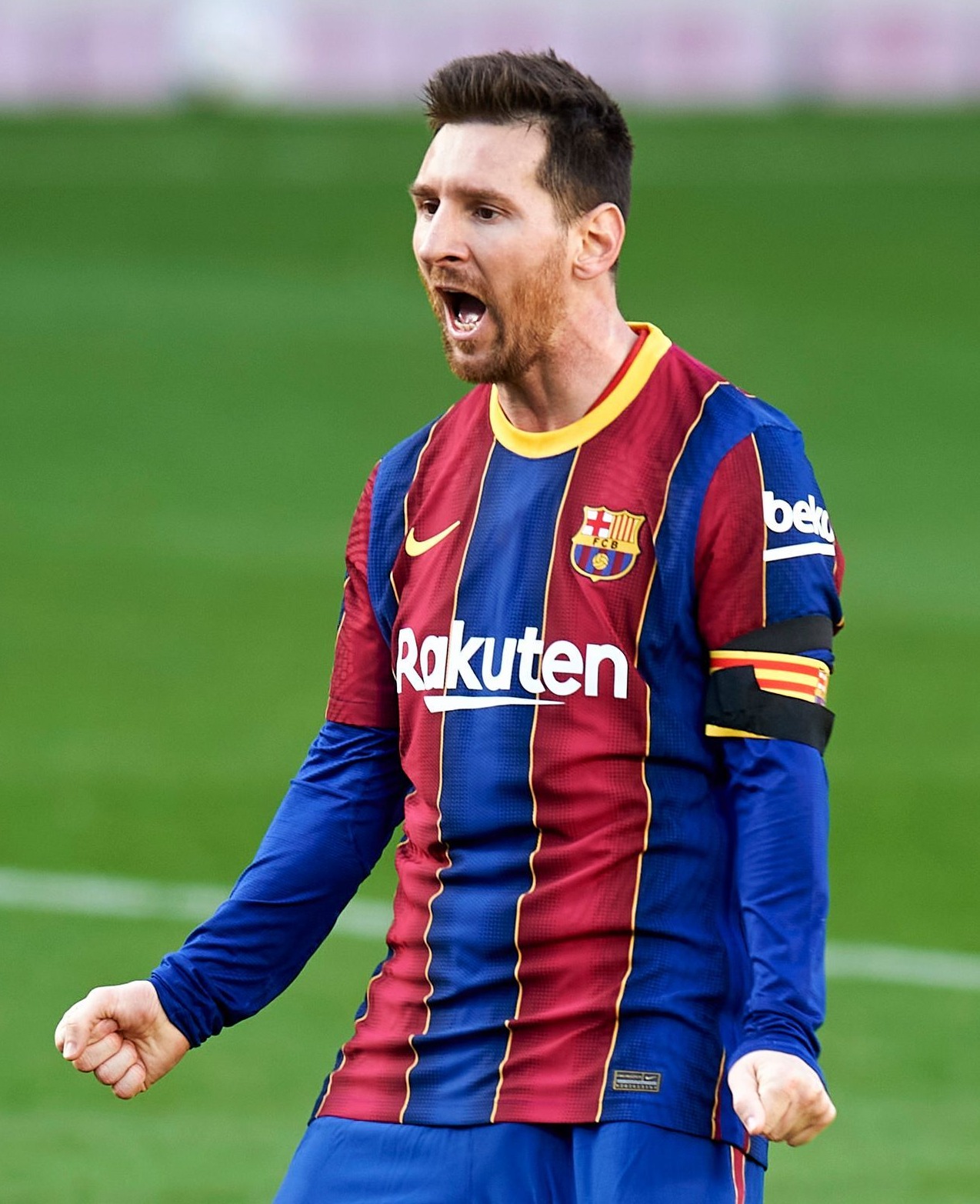 Messi is often described as the Greatest Of All Time in the ongoing debateCredit: Rex Features

And the GOAT acronym could not have been more appropriate for him on Sunday evening.

One eagle-eyed fan on Twitter shared a picture of his heat map from the win over Osasuna.

And there is certainly a resemblance to an actual goat.

The user wrote: “Yo Messi’s heat map today looks like an actual goat.”

One replied: “Messi’s that good wouldn’t be surprised if he could do this on purpose.”

And another added: “Coincidence? I think not.”

In a week where the spotlight was on Messi’s compatriot and hero Diego Maradona following his death aged 60, the debate over the greatest football ever ramped up again with the Argentine pair, Pele and Cristiano Ronaldo among the discussion.

But despite the Barca captain having a record six Ballon d’Or titles and his bonkers records over the years, he insists he will never reach the same level as Maradona.

Messi once said: “Even if I played for a million years, I’d never come close to Maradona.

“Not that I’d want to anyway. He’s the greatest there’s ever been.”

Messi paid tribute to Maradona in emotional scenes at the Nou Camp as he scored his customary goal.

And remarkably the strike, a left-footed effort from the edge of the box into the top-right corner, was eerily similar to one Maradona scored for Newell’s Old Boys.

After celebrating with his team-mates, the Catalan giants’ record goalscorer took off his Barca shirt to reveal a Newell’s No10 jersey – the same one Maradona wore during his brief spell at Messi’s beloved club in 1993-94.

Messi almost emulated his icon earlier in the match when Martin Braithwaite’s bundled effort looped towards goal and the magician looked set to punch the ball over the line before retracting his arm in time. 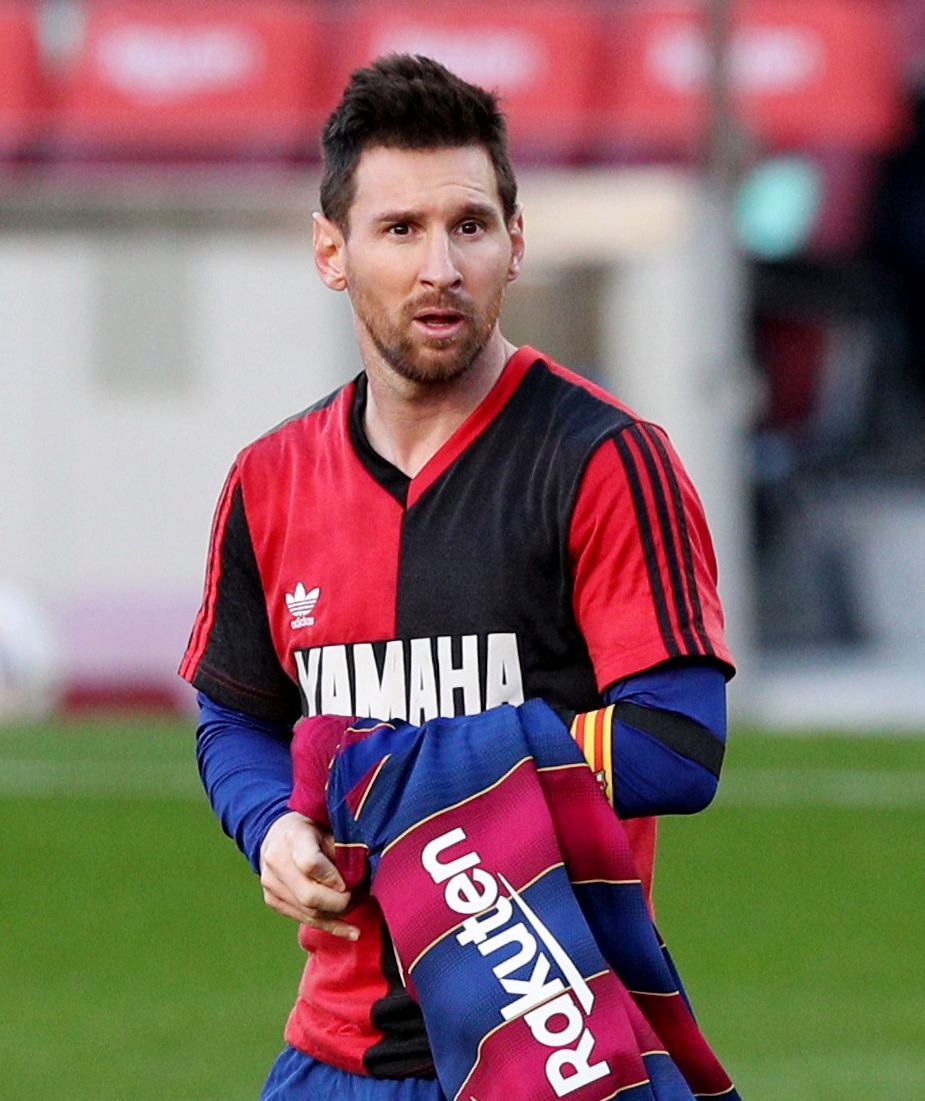 Messi celebrated his goal against Osasuna by revealing a Newell’s Old Boys No10 shirt worn by Diego MaradonaCredit: Reuters