LIONEL MESSI has recalled the ‘extremely difficult’ moment he was told he had to leave Barcelona.

The Argentine, 34, had agreed reduced terms in order to stay with Ronald Koeman‘s side.

Lionel Messi was in tears during his Barcelona exit press conferenceCredit: Rex

But when he arrived to sign on the dotted line, the six-time Ballon d’Or winner was told that Barca simply couldn’t afford it.

Recalling the moment, he told France Football: “I didn’t expect it at all.

“In my head, I was going to go [back to Barcelona], sign and start training straight away.

“I thought that everything was set and I just needed to sign it. But when I got there, they told me that it wasn’t possible anymore.

“They told me that I couldn’t stay and that I’d have to find a new club because they couldn’t renew my contract. It changed my plans.

“It was the first time that this had happened in my career. I had decided that I was going to end my career with Barcelona.

“It was difficult, but we passed the test together. A lot of things went through my mind, but I had no choice but to leave.”

While Messi was disappointed, he admitted that he was quickly ‘seduced’ by Paris Saint-Germain.

He added: “PSG offered me the chance to join.

I was seduced by the project, the club’s ambitions, the players they had, the group

“I had other offers, but I have to admit that it was a pretty quick agreement with PSG. It wasn’t easy because everything had to be done quickly, practically overnight.

“I was seduced by the project, the club’s ambitions, the players they had, the group. All of those things made it easier to reach an agreement.

“That [having friends at the club in Neymar and Di Maria] was important, because I knew I was going to a new country and I had to start from scratch.

“I knew I had friends in the dressing room, which made it easier to adapt. At the Copa America they kept asking me if I was going to join them, but always in jest, because they knew I wanted to stay at Barcelona.

“So, for them, it was a surprise when I said I was going to PSG.” 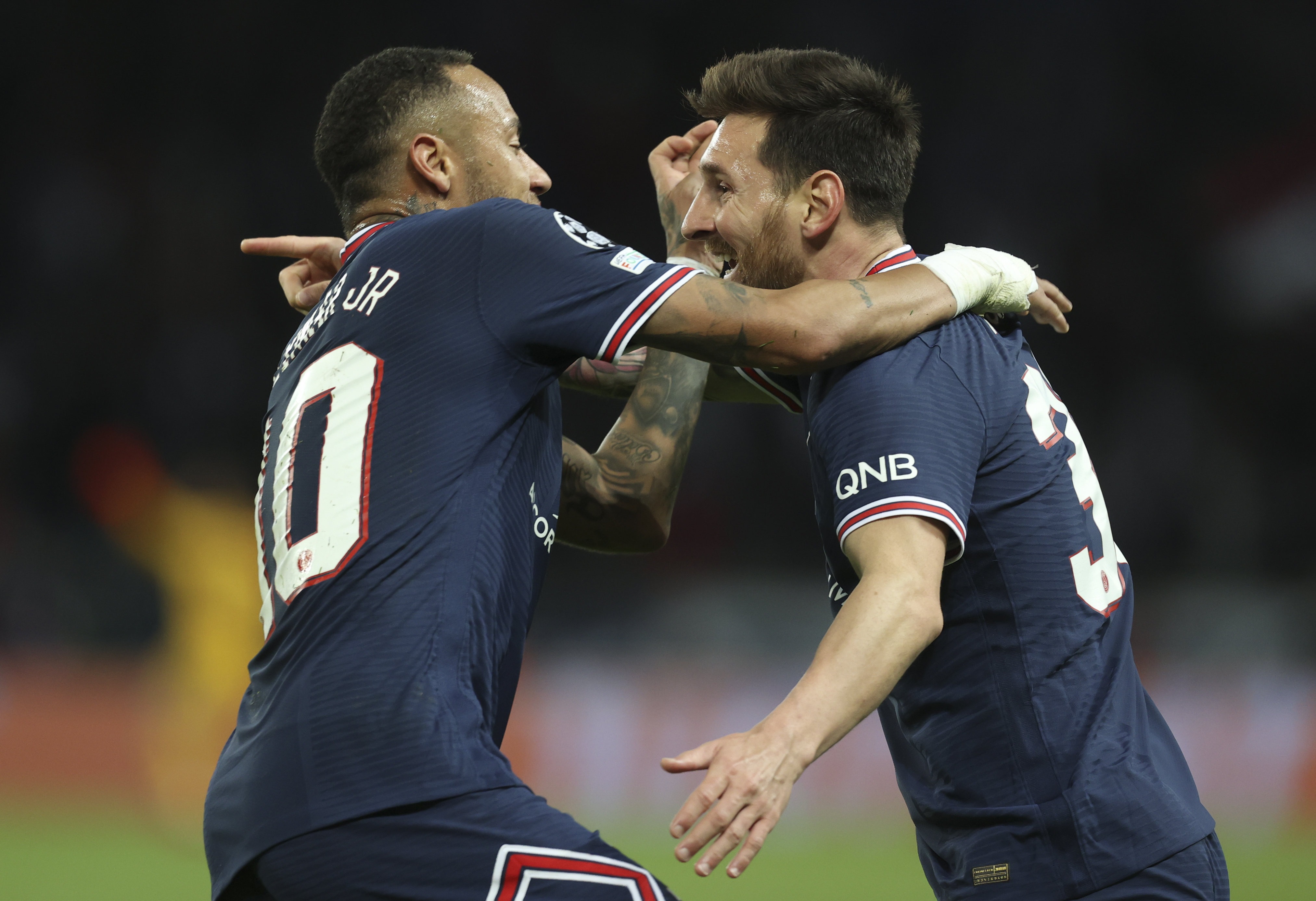 Messi was thrilled to reunite with pal NeymarCredit: Rex