LIONEL MESSI continued his birthday celebrations in Ibiza with ex-Barcelona pals as they took in a David Guetta gig.

The Paris Saint-Germain star, now 35, partied with former team-mates Cesc Fabregas and Luis Suarez and their partners on Monday evening.

Messi, Fabregas and Suarez enjoyed a night out with friends and partners 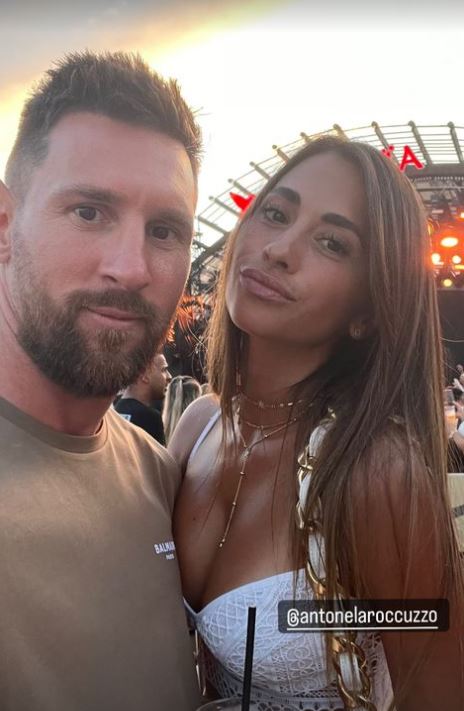 Messi posted a snap of him with wife Antonela on Instagram 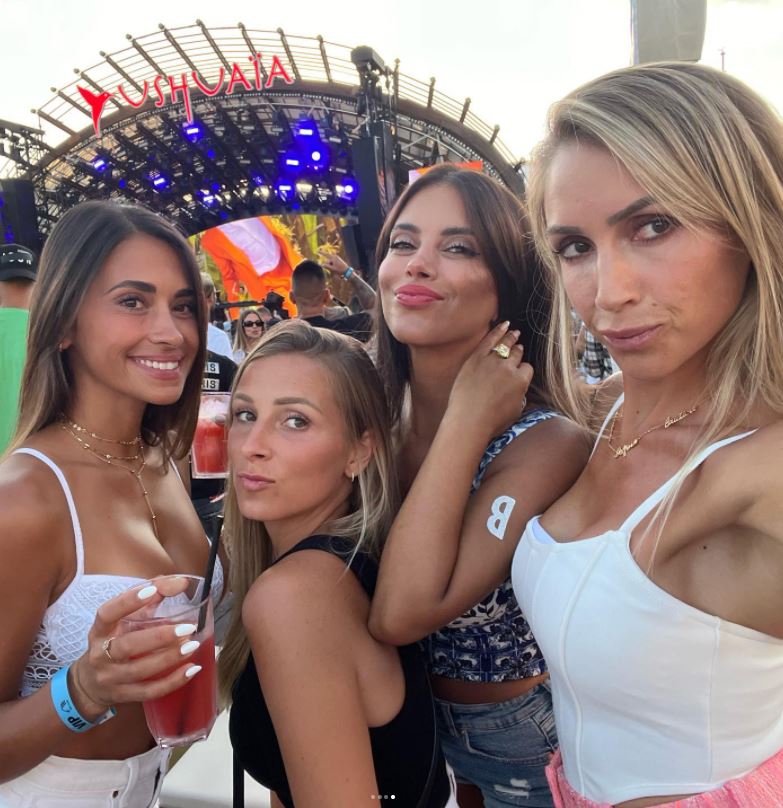 The wives and girlfriends partied at the David Guetta gig 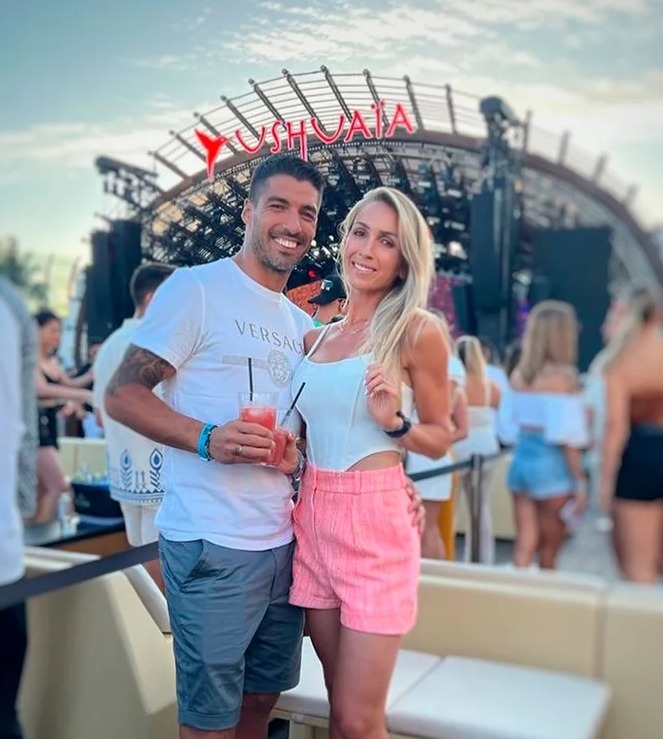 Ex-team-mate Suarez posed with Sofia at the concert

Messi and his wife, Antonela Roccuzzo, shared pictures on Instagram of the group at Ushuaia Ibiza Beach Hotel.

The superstars looked tanned and refreshed as they take some time off away from the football pitch.

The group celebrated the striker’s birthday on Friday in Sa Ferradura – just off the north coast of the Spanish island.

Messi, Antonela and their three children Thiago, nine, Mateo, six, and Ciro, four, have been staying in a six-bed £260,000-a-week mansion on the island.

On Messi’s 35th birthday, 5,000 schoolchildren sang “Happy Birthday” to him in his native city of Rosario.

Youngsters from a youth orchestra in the Argentinian city led the way with the birthday tribute at the iconic National Flag Memorial near the shore of the Parana River.

The breathtaking accolade was televised on local TV, forming part of a new chapter of a programme called Mundo Leo which is dedicated to the legendary footballer.

Former Liverpool winger Maxi Rodriguez was among those who appeared on screen to wish Messi a happy 35th birthday before the children made their voices heard with their singing.

Messi is enjoying a summer away after winning the league title with PSG.

It was a somewhat underwhelming 2021/22 campaign for the South American as he began life in the French capital.

He scored just 11 goals in 35 appearances in all competitions, but did contribute 15 assists.

PSG were named champions of Ligue 1 at a canter, but were eliminated in the last 16 of the Champions League by eventual winners Real Madrid.