LIONEL MESSI’S difficult start to life at Paris Saint-Germain has experienced yet another blow.

Messi was hauled off at half-time by PSG manager Mauricio Pochettino after a horror 45 minutes against defending Ligue 1 champions Lille on Friday.

Paris Saint-Germain star Lionel Messi was hauled off at half-time against LilleCredit: Rex 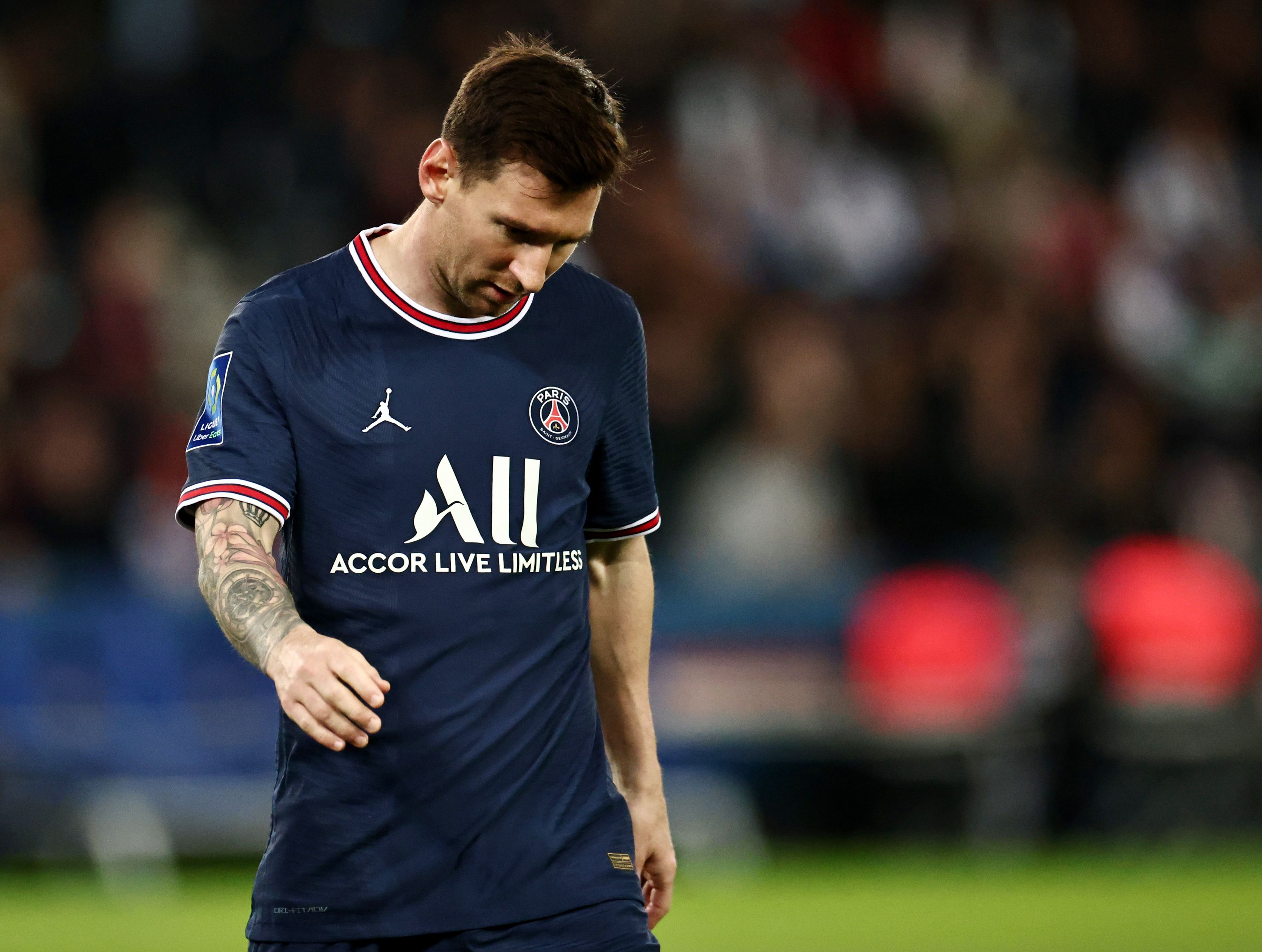 Lionel Messi has been struggling at Paris Saint-Germain ever since his move from BarcelonaCredit: Reuters

The six-time Ballon d’Or winner had no impact during the game and thus French publication L’Equipe gave him a humiliating rating of THREE out of 10 after the final whistle.

This ranks the star forward among the lowest-graded players of that night as he shares the same tally as former Liverpool ace Georginio Wijnaldum.

The Argentina international started up front for PSG at the Parc des Princes in Kylian Mbappe’s absence.

But the 34-year-old failed to help his team in a poor first half that saw Lille scoring an opener with Jonathan David.

Thus, the Barcelona legend was taken off at the break and Pochettino replaced him with Mauro Icardi, who made his first appearance since his off-the-field drama with wife and agent Wanda Nara.

PSG improved during Messi‘s absence and equalised on 74 minutes with captain Marquinhos.

Messi shocked the football world last summer when he left Barcelona for PSG after 17 years at the Nou Camp.

But the Argentine great has been struggling to replicate the same success he experienced at Barca as he has yet to register a goal or an assist in Ligue 1.

However, he has scored three goals in as many Champions League matches for his new club.

Despite his recent struggles, Messi is still in the running for a seventh Ballon d’Or award.