WILLIAMS says they are waiting to hear back from the Royal Academy of Engineering before signing Lewis Hamilton’s diversity inclusion charter.

Ahead of the French GP Hamilton revealed that only one team had not signed the charter he devised with F1 to help commit to improving diversity within the sport.

Williams are the only team yet to sign up to Lewis Hamilton’s diversity charterCredit: Reuters

He declined to name the team who had not signed up, which we can now reveal to be Williams.

When contacted by SunSport, the Grove-based team say they are still waiting for information before signing it.

A statement said: “We last had conversations with the Royal Academy of Engineering back in March and we are awaiting further information from them on such an important topic, of which we at Williams Racing already have serious active programmes.

“We have no knowledge of the progress and of who has and has not signed up to date, as it has been several months since we had any communication from them. 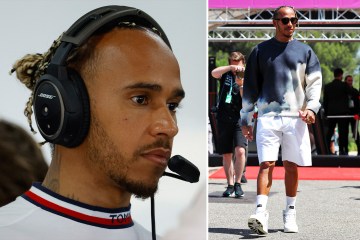 “Once we are in possession of further information and a copy of the final charter, we can look into it.”

Hamilton has called on F1 to “do more” fans were subjected to racist, sexist and homophobic abuse at the Austrian Grand Prix earlier this month.

In response the seven-time world champion called for greater diversity within F1 and to stop platforming individuals with “archaic” mindsets.

Hamilton said: “I am incredibly grateful to all those who have been supportive within the sport, particularly the drivers.

“It is now a knee-jerk reaction from companies all around the world.

“They probably all already have a script ready for that crisis management. It is not enough. It’s now about action. 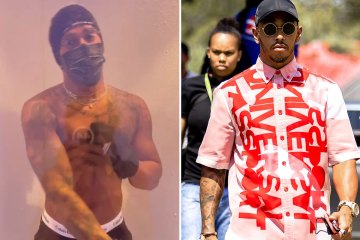