The Formula One world champion completed the outfit with some bright orange trousers and black platform shoes. 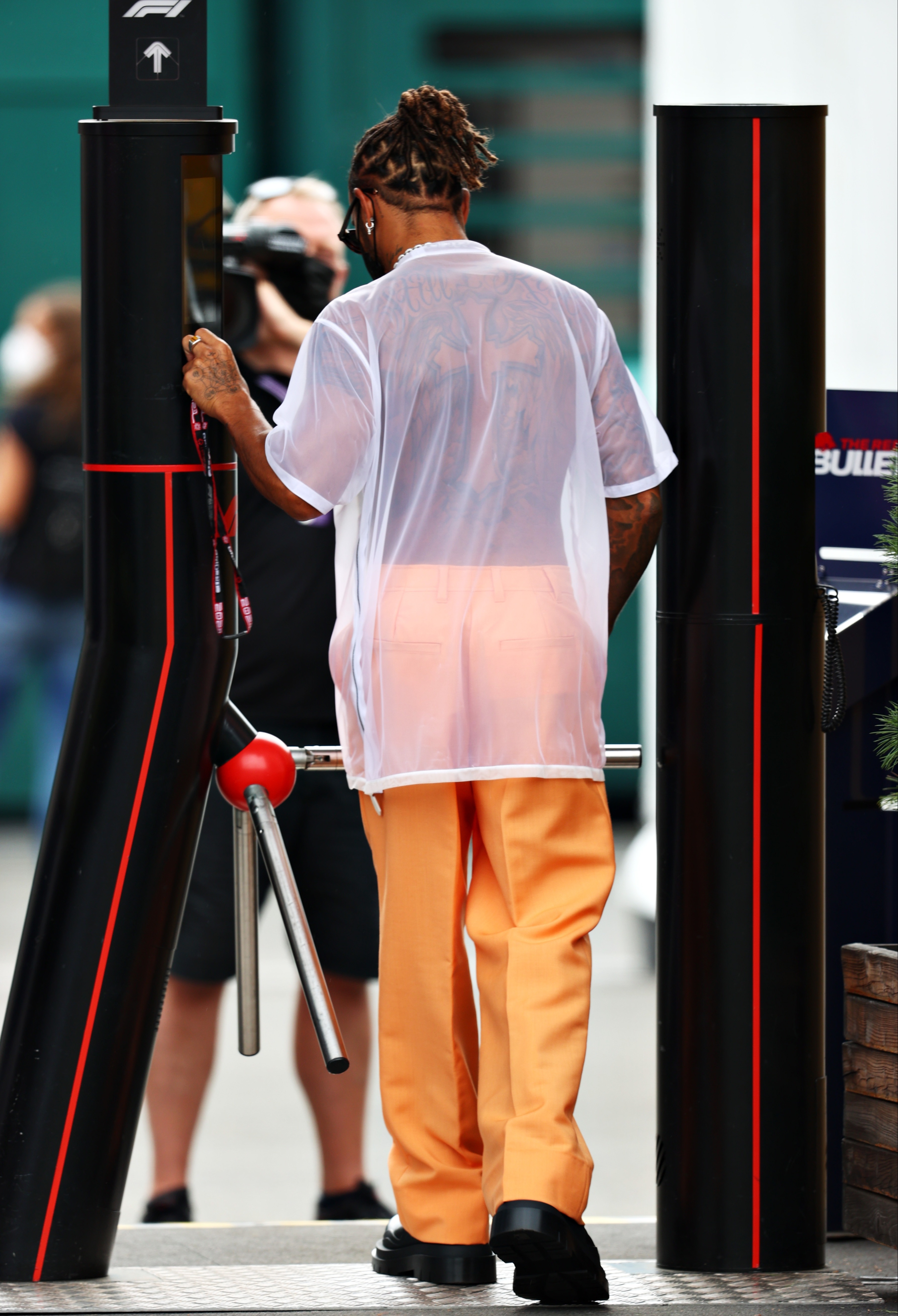 The T-Shirt retails at £890 from Burberry and is their ‘Sea Maiden’ design.

Hamilton, trailing Max Verstappen by 18 points in the 2021 championship, didn’t look as though it was playing on his mind as he strolled around the track.

This weekend offers the seven-time F1 world champ the chance to close the gap on his Red Bull rival Verstappen.

But Hamilton will be hoping to perform better than last year.

Valtteri Bottas won with Hamilton back in fourth. Verstappen didn’t even finish the race after retiring on lap 11.

In order to get back into the title race Hamilton has called on Mercedes to change tack and deliver an upgrade to make his title fight with Verstappen more ‘exciting’.

The Mercs have utterly dominated Formula One in the hybrid era but look set to lose their 100 per cent championship record in its final year.

Many teams are turning their attention to the 2022 rule change that will see a complete overhaul of many aspects of the car. 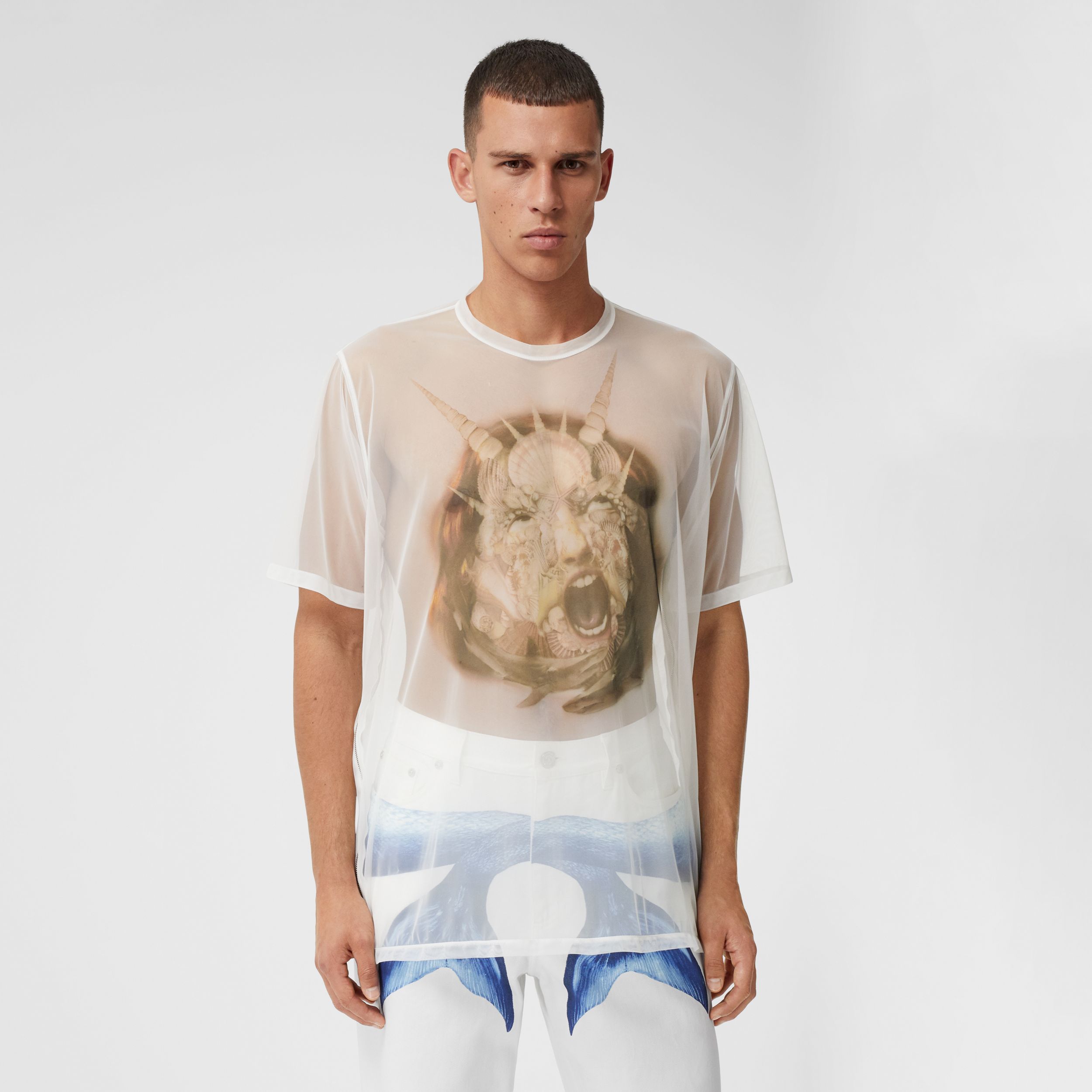 Burberry are selling the see-through T-shirt for £890Credit: Burberry 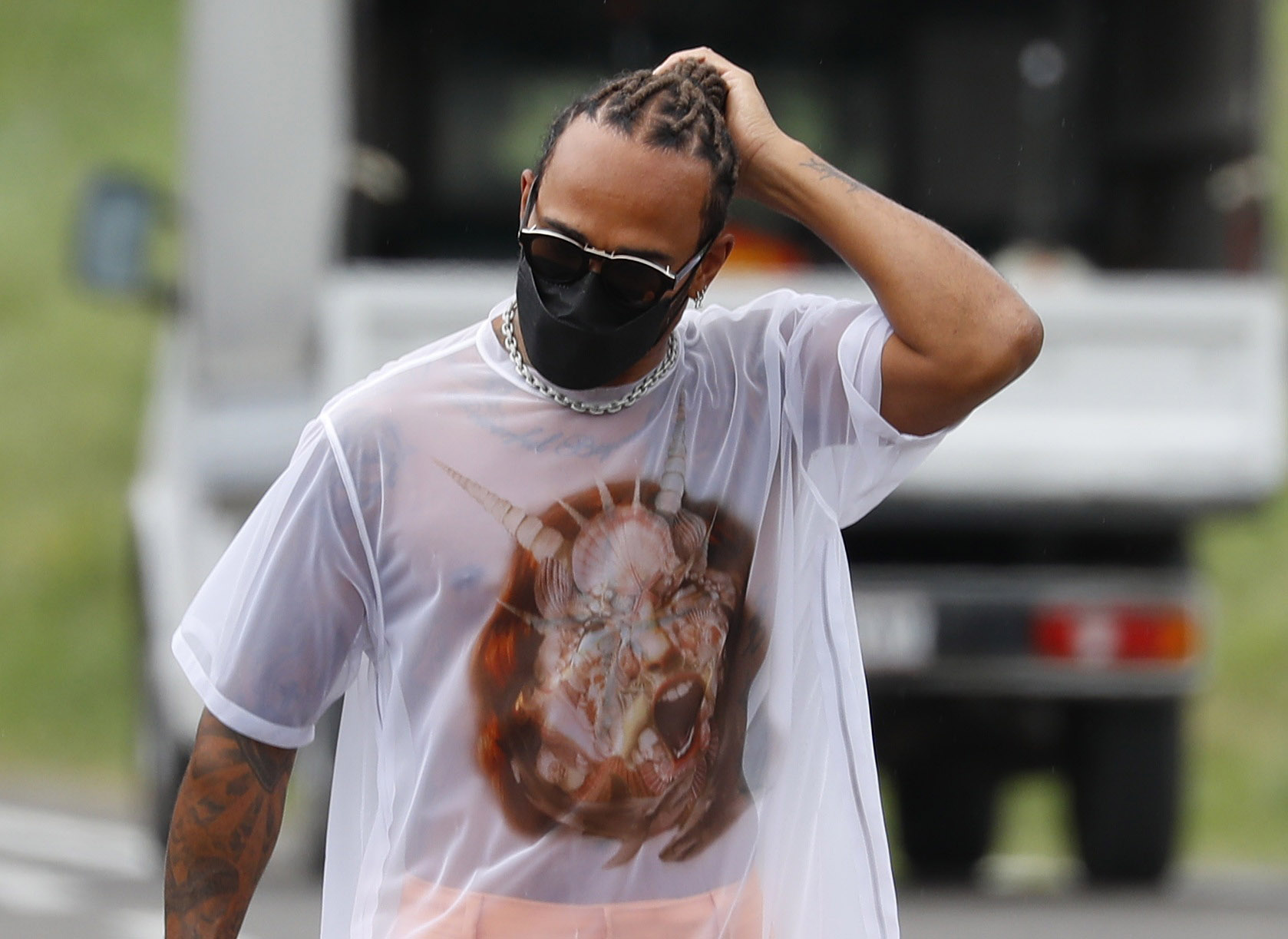 the seven-time F1 champ is trailing Max Verstappen in the Drivers’ ChampionshipCredit: Reuters 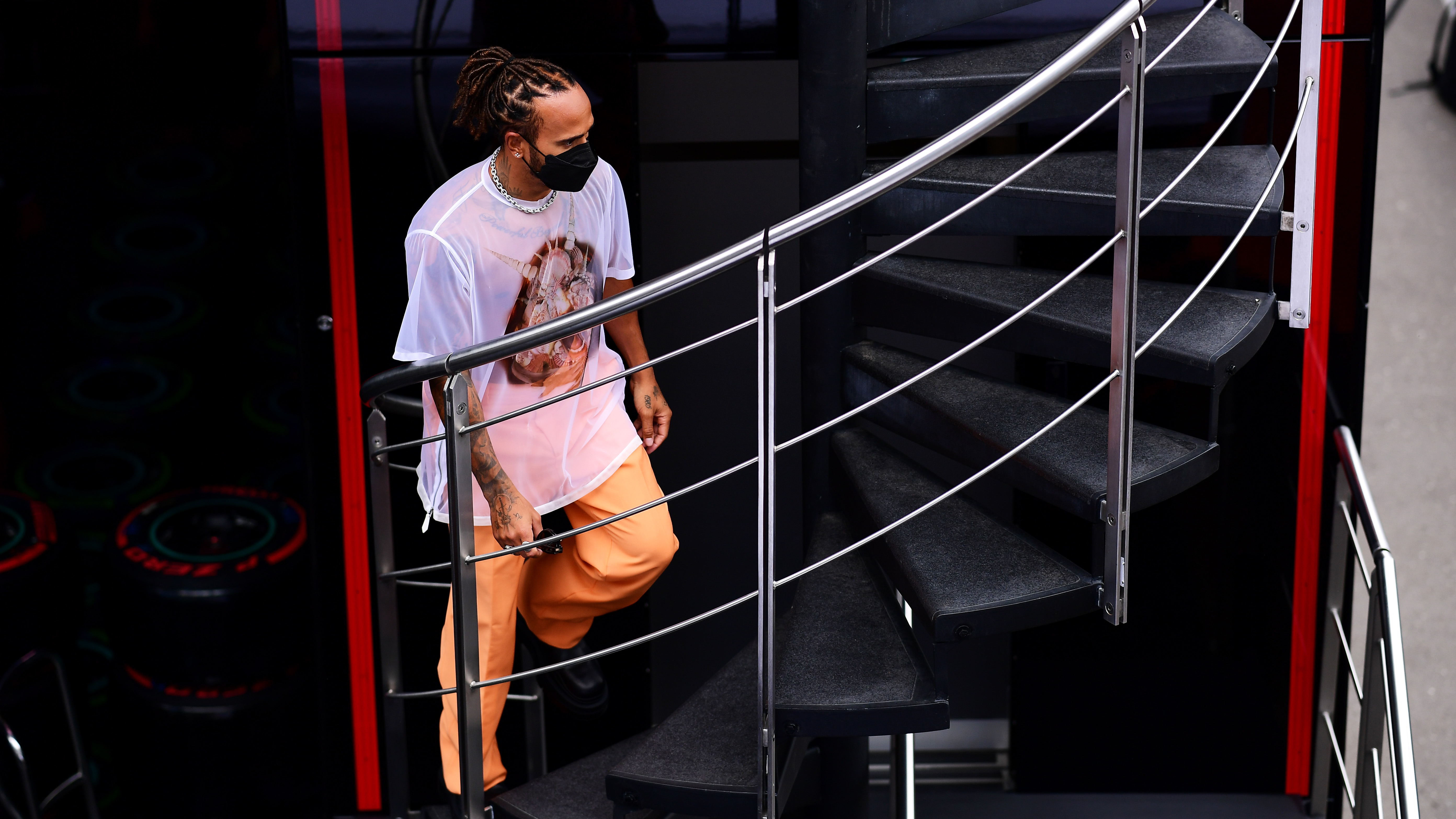 Hamilton makes his way inside ahead of the press conferenceCredit: Getty

Among them are Mercedes, who have slipped behind Red Bull while allowing their 2021 car to go without serious development since the season began.

Max Verstappen’s 18-point title lead has grown with back-to-back wins and Hamilton has asked his team for a rethink.

He said after Sunday’s Styrian Grand Prix: “I won’t question the team’s logic and how they got through with their process.

“I would love to have … an upgrade. We would love an upgrade, but I don’t think it’s in the pipeline at the moment.

“We are down on a few areas. It was close at the beginning of the season and if we both – Red Bull and us – had the same performance as we did in those first four races then perhaps it would be a little more exciting.” 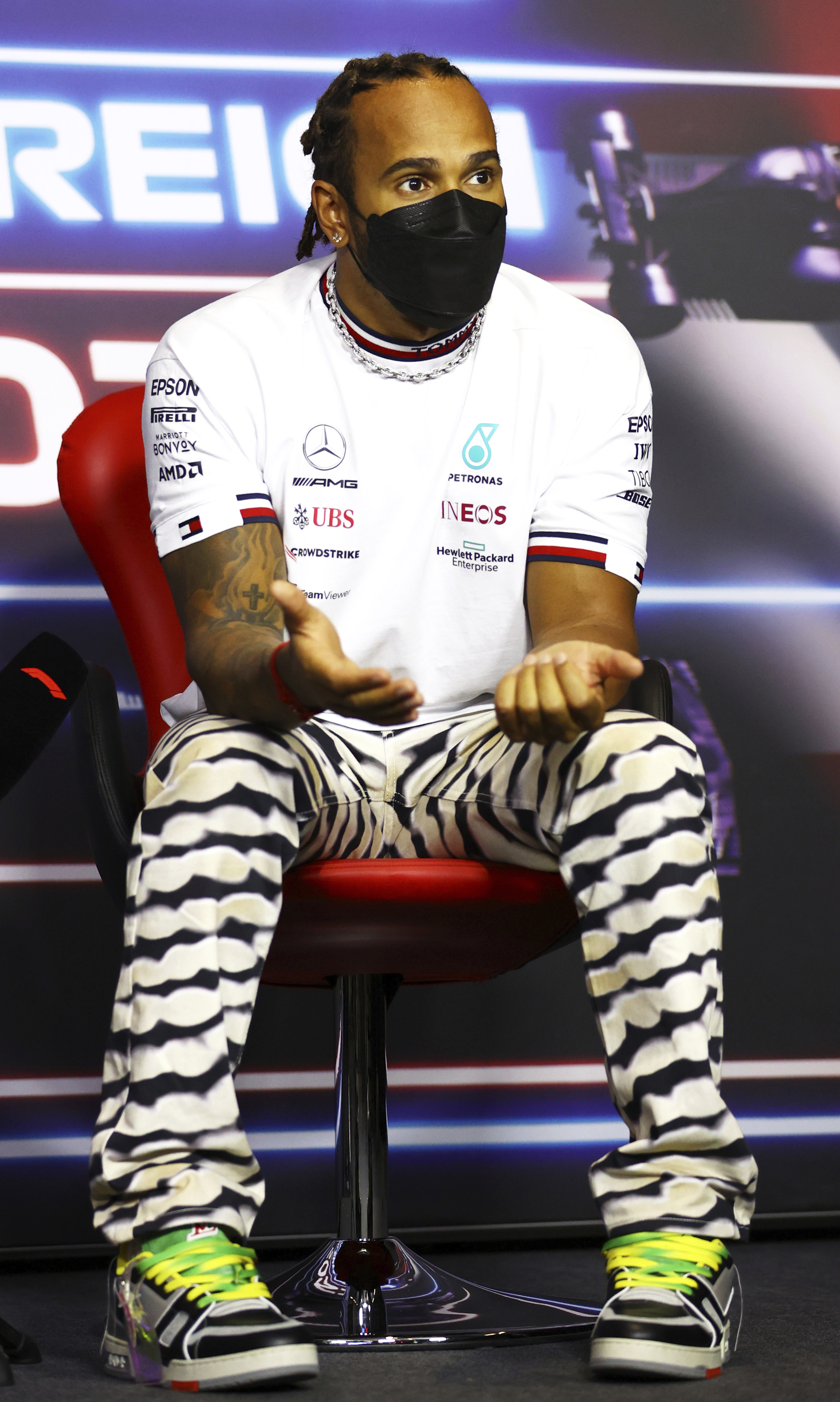 Hamilton was back in the team T-shirts for the pre-GP press conferenceCredit: AP