LEWIS HAMILTON compared the new Miami Grand Prix circuit to a B&Q CAR PARK – and then backed down in the ongoing jewellery row.

The Mercedes driver, 37, had his first test drive at the track in Florida on Friday.

Lewis Hamilton is not happy with the new Miami GP circuitCredit: AP 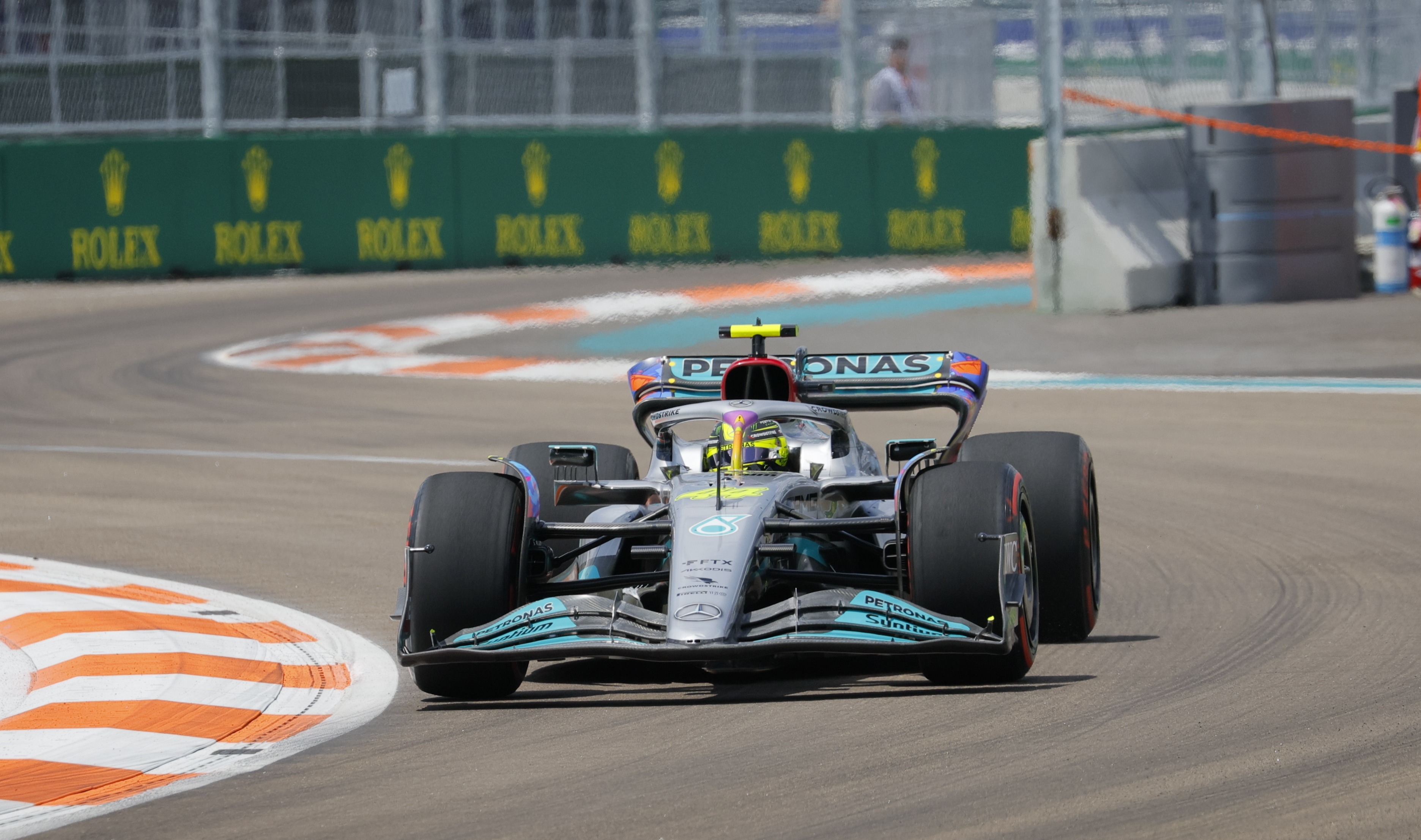 The circuit transitions from track to road and features a tight chicaneCredit: Getty

But despite liking a lot of the design, he was not happy with the chicane section which could cause plenty of problems as well as the transition from track to public roads.

Speaking ahead of the inaugural race outside the Miami Dolphins’ Hard Rock Stadium, Hamilton said: “The track’s quite nice to drive except for the chicane.

“It’s so tight. It’s a corner where maybe in future they can remove that one and it will improve the track.

“It’s kind of crazy when you think that people in this day and age should be able to make a flat road relatively easy. 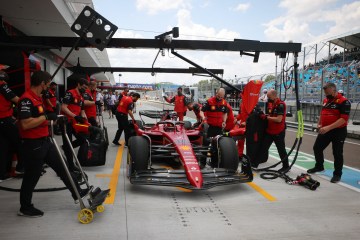 “There were frigging big, big, big bumps and so many places where the track like joins up with somewhere else.

“So I don’t know if they will be able to grind that at night and improve it.”

“It’s a shame because I think the racing will be bad due to that.”

Much of the talk this week in the build-up to Sunday’s race has centred on Hamilton’s bling.

The FIA are pushing through a ban on drivers wearing jewellery starting this weekend due to the risk of heat transmission in case of fire.

SunSport understands that Mohammed bin Sulayem, the FIA’s President, is fixated on cracking down on Hamilton, as he flexes his muscles since taking the role in December.

The struggling seven-time world champ – who wore three watches, eight rings, four necklaces, one bracelet, two earrings and a nose stud to his press conference – threatened to pull out of the race over the issue.

He said he would let spare driver Nyck de Vries step in as understudy if the FIA forced him to remove his earrings and studs.

Hamilton previously stated the earrings in his right ear “are welded in” and would need to be “chopped off” while the studs cannot easily be removed.

But by the time of his first practice, only the nose stud remained – as well as possibly a secret accessory elsewhere.

Hamilton said: “I can’t remove at least two of them. One I can’t really explain where it is.

“But what I can say is it’s platinum that I have, so it’s not magnetic. It’s never been a safety issue in the past.

“I’ll try and communicate with Mohammed [FIA’s President]. I’m here to be an ally of the sport, of Mohamed and of Formula One.

“I think we’ve got bigger fish to fry, bigger things to do, more impact to have, so I think that’s really where the focus should be.

“If they stop me then so be it. We’ve got a spare driver. So we’re well prepped for the weekend.

“There’s lots to do in the city anyway so it will be good either way. I couldn’t get any more [jewellery] on today!” 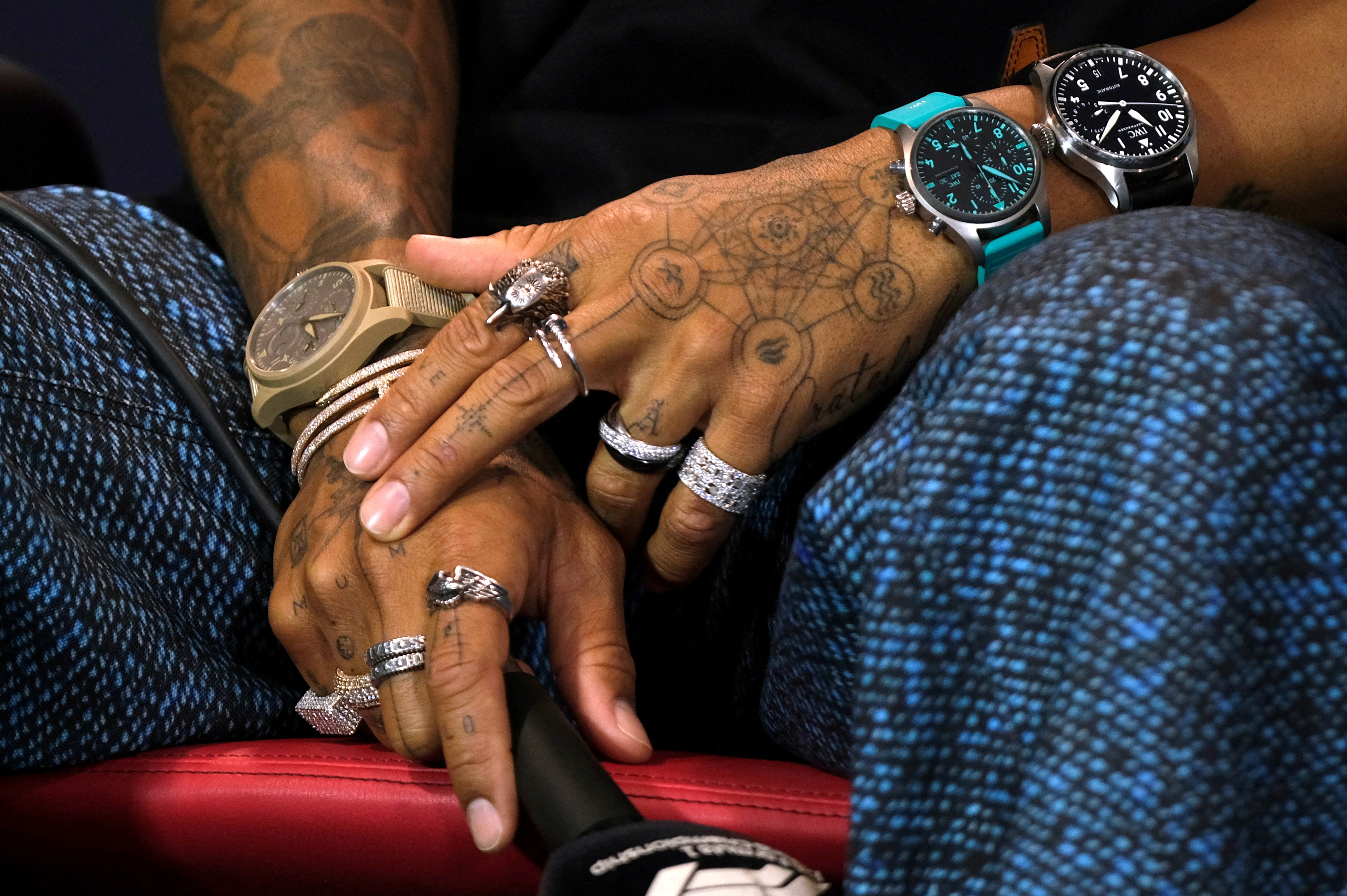 Hamilton put on as much jewellery he could for the press conferenceCredit: Reuters