LEWIS HAMILTON can race well into his 40s according to his Mercedes boss Toto Wolff.

Hamilton, who told SunSport on Sunday that he was open to signing a new deal with the team before F1’s summer break, will turn 37 in January. 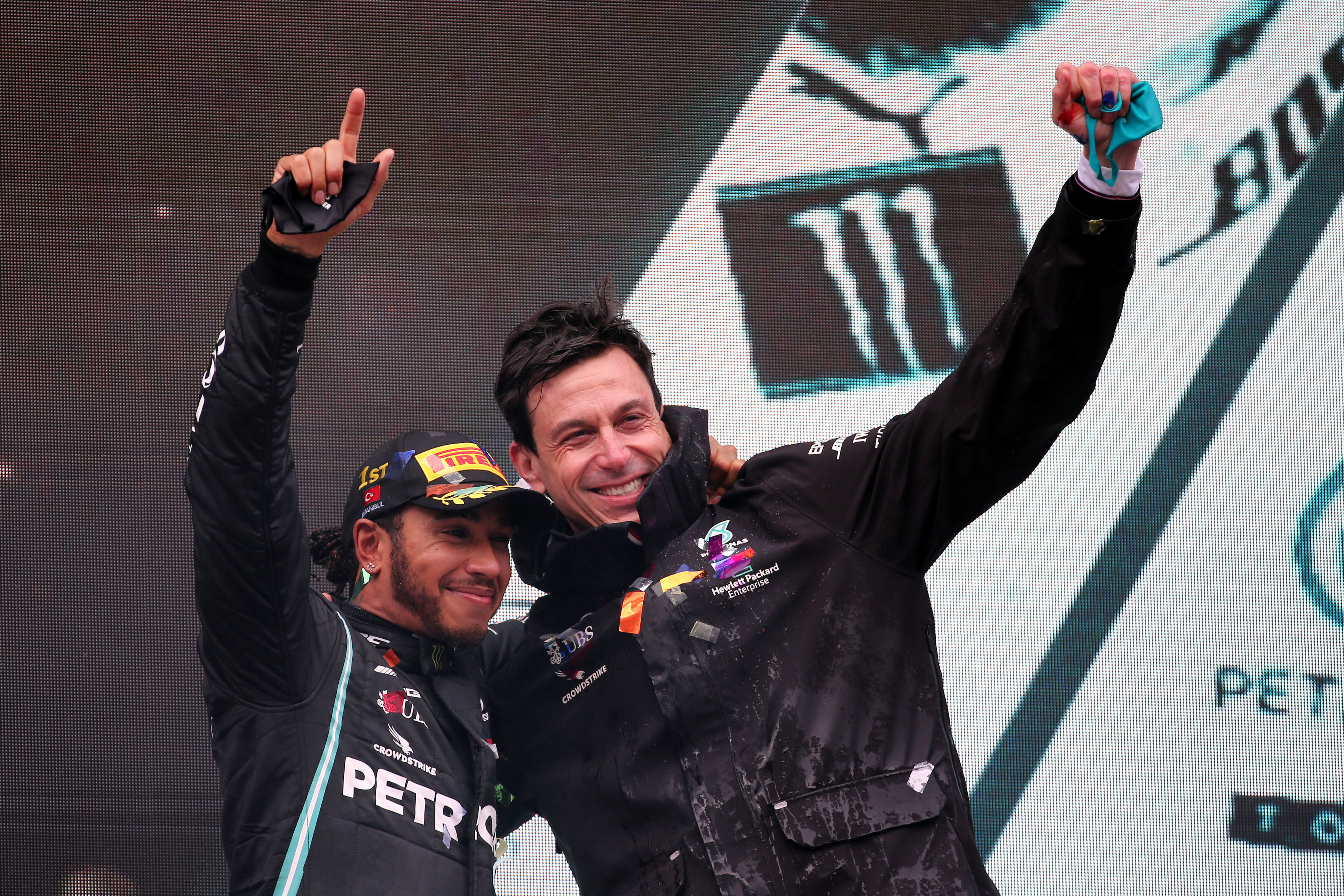 However, following his win in Barcelona, he declared there was “more life in the old dog, yet”.

And Wolff says the Brit, who is enjoying his best ever-start to an F1 season, despite the threat of Red Bull’s Max Verstappen, should be looking at signing a new long-term deal.

He said: “Yes, it should be [more than a year]. We don’t want to be in a stressful situation every single year where we are absolutely flat-out trying to win races and needing to negotiate.

“I would rather that doesn’t happen every year. We just need to spend a day or two together, put it out there, and decide which are the difficult components.

“We will then lock the door and won’t walk out until it is sorted. That works best for us and it has worked best for us in the past. “

Hamilton has a 14-point lead in the championship as he goes in search of an eighth world title that would move him clear of the joint-record he currently holds with Michael Schumacher.

And Wolff has drawn a comparison with Tom Brady, the NFL star who won his seventh Super Bowl at the age of 43 earlier this year.

Asked if Hamilton can compete into his 40s, Wolff said: “Yes, absolutely. I have no doubt about that. He is so disciplined that in a way it is inspiring.

“As long as Lewis continues to look after himself mentally and physically, continues to develop cognitively, then he can go on for much longer.

“Look at Tom Brady and we are talking about an athlete that is on the field. Here is a racing driver that has utilised all his senses.”

And after spending 59 laps behind Verstappen in the Spanish GP he says he picked up some secret tips on the Dutchman’s driving style and his Red Bull car.

He said: “I learned a lot about Max, perhaps more than all the other races put together.

“When you are with people on track you get to see different things and watch closely. I was following relatively closely and I learned a lot about his car and how he uses it, so it was a good race in that respect.”