The Germany ace’s boomer and a Drew Spence brace were among the goals in a 5-0 win with a title decider against Man City up next. 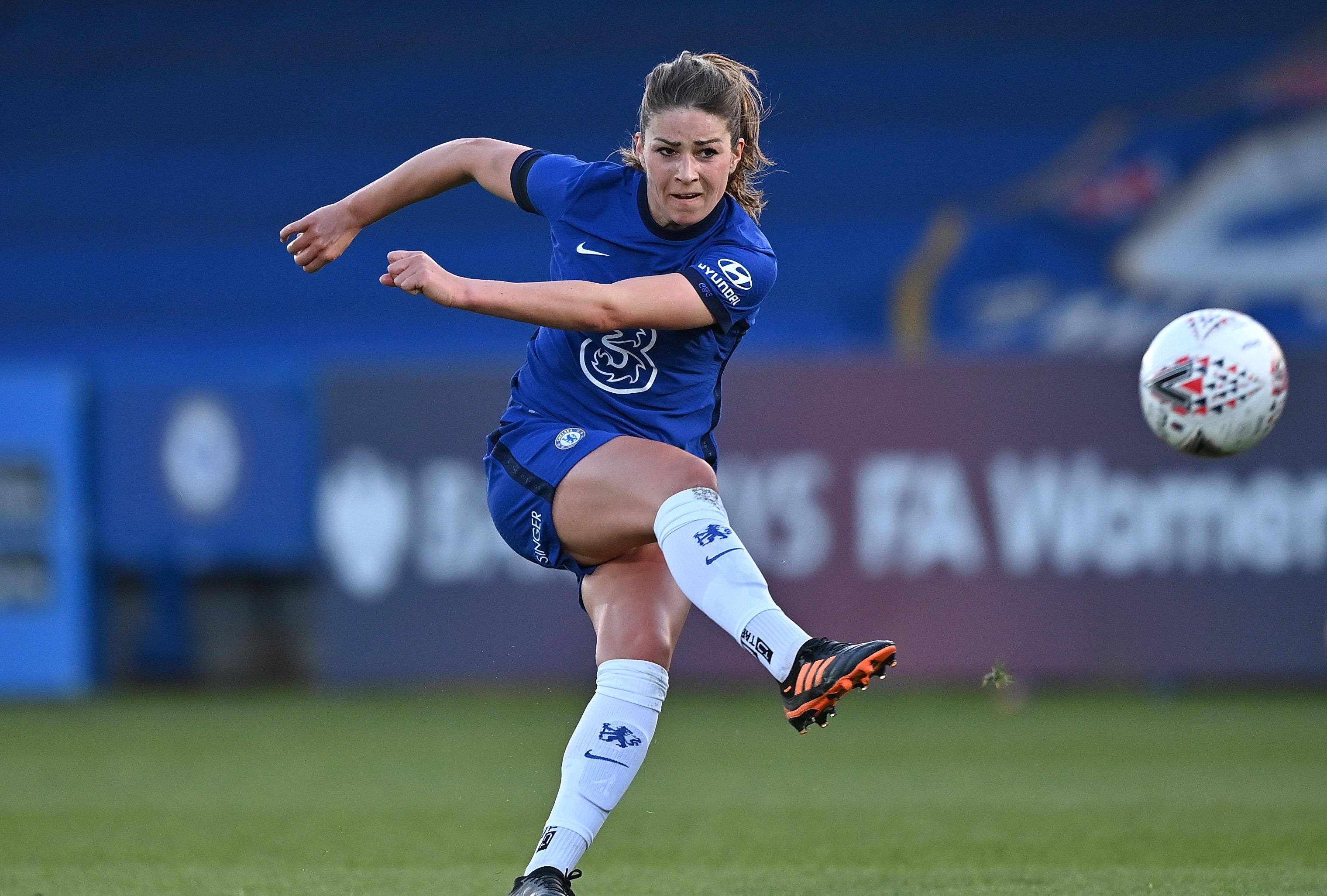 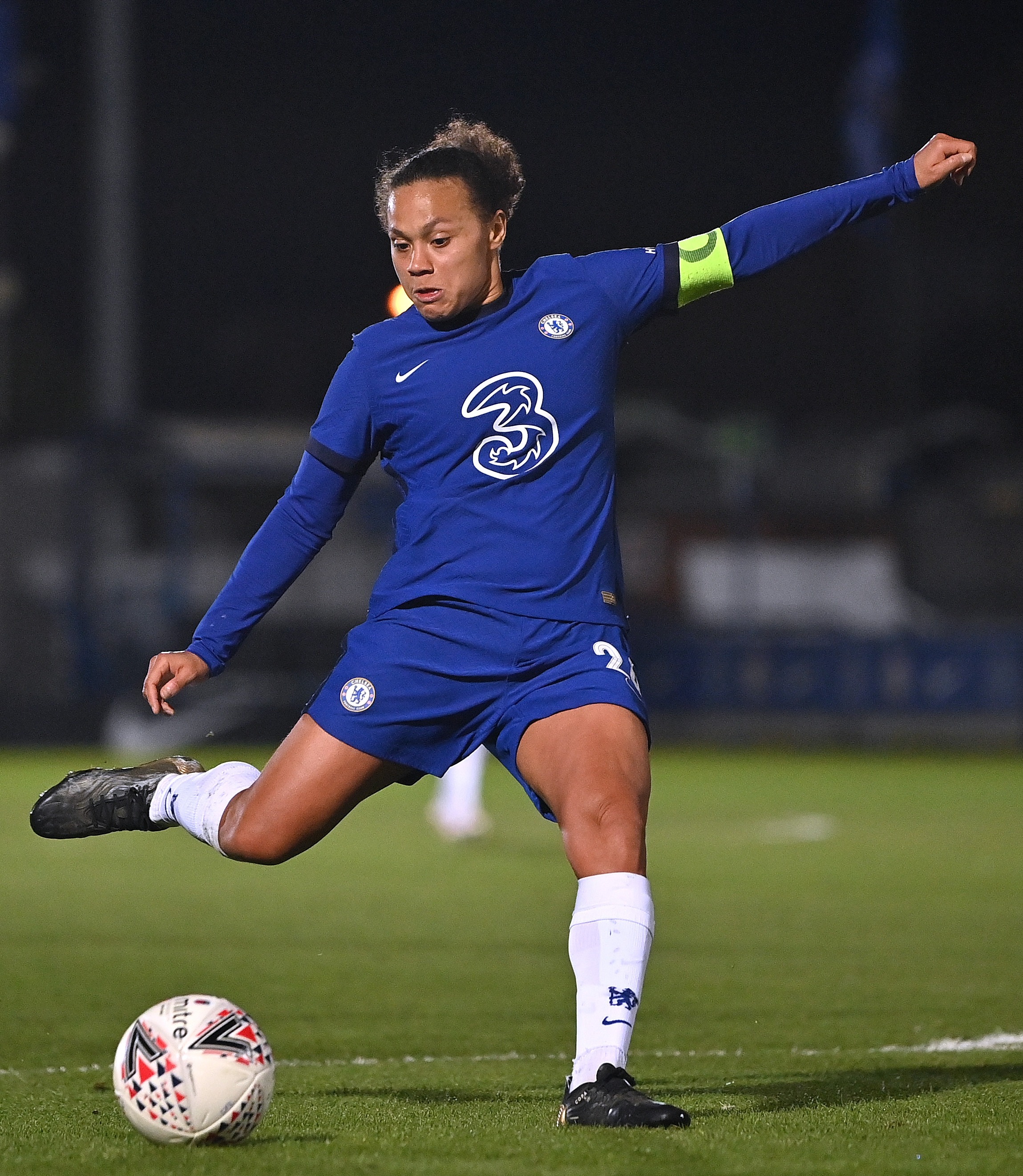 Drew Spence scored her first two goals of the season to help Chelsea reach the fifth round of the Women’s FA CupCredit: Getty

And a clash with Durham or Everton awaits Chelsea in the next round of the FA Cup.

Blues boss Emma Hayes said: “We have found a level where everybody in the group is contributing at a high standard all of the time, not some of the time.

“That’s one of the hardest things to achieve in football, so credit to the players for putting in that effort.”

Chelsea, who have already won this season’s Conti Cup, are looking to rack up an additional hat-trick of trophies with the WSL title, Champions League and FA Cup in their sights.

Hayes made seven changes to the side that defeated Wolfsburg in their Women’s Champions League quarter-final second leg with teenagers Jorja Fox and Agnes Beever-Jones (both 17) starting.

Hayes added: “I thought the young players came in and showed why they are deserving of their chance at this level.

“Jorja Fox had an excellent game and I thought Drew was outstanding throughout.

“After an international break sometimes you’re not really sure how the team are going to come back, but I thought we were outstanding in everything we delivered.” 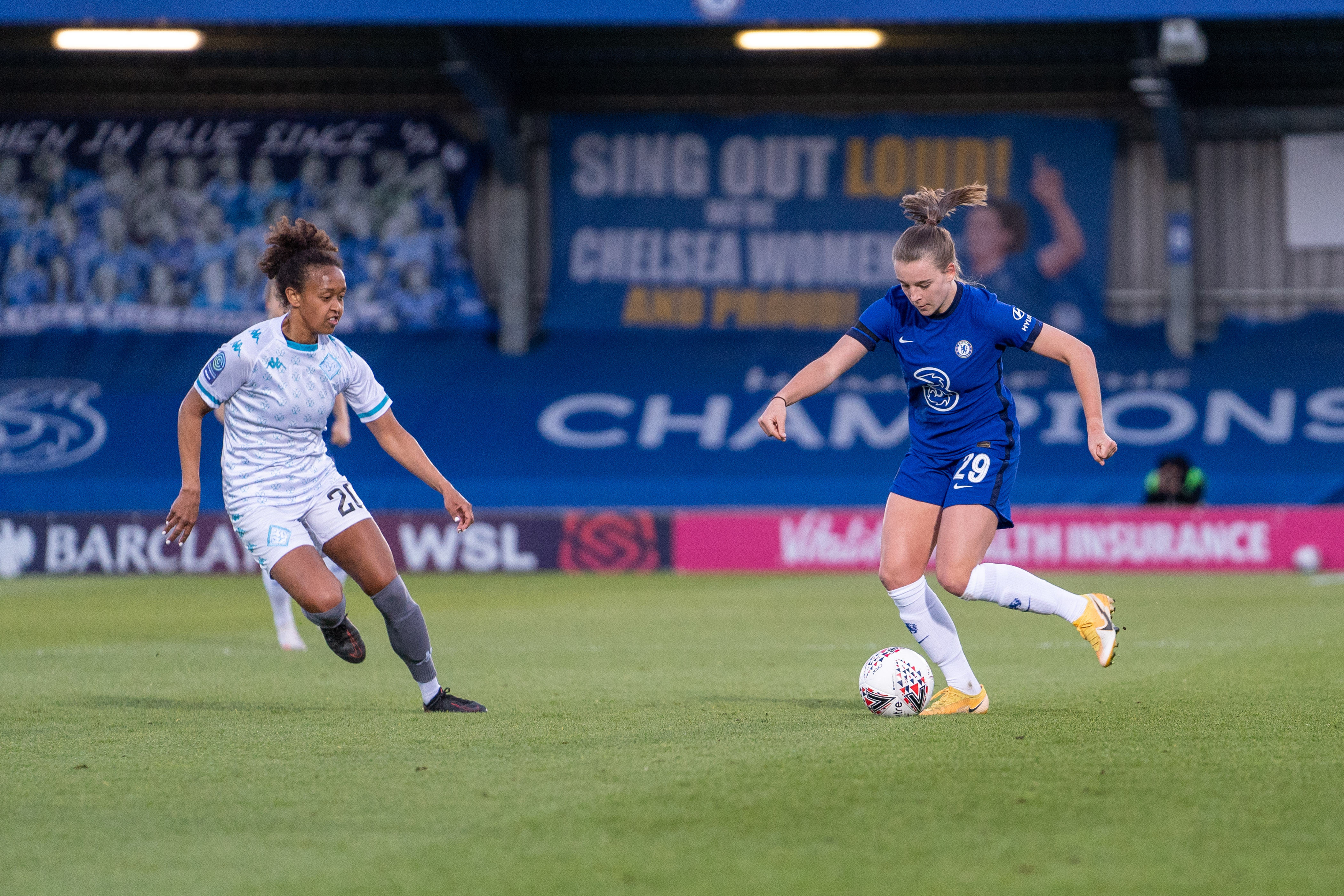 The Blues threatened as early as the tenth-minute with a delightful dummy and a dangerous cross into the box from Erin Cuthbert.

Moments later London City Lionesses keeper  Shae Yanez was forced to come sprinting out of her six-yard box to pinch the ball off Beever-Jones.

The 0-0 scoreline lasted until the 20th minute with Niamh Charles curling her effort round keeper Yanez following a lovely through ball from Hannah Blundell.

And Chelsea doubled their lead minutes before the half-hour mark with Jess Carter volleying the hosts two ahead following a fine Cuthbert corner kick.

Hayes’ side would go on to extend their lead with a thumping 30-yard strike from Melanie Leupolz five minutes later.

The second spell began in a simillar fashion to the first with the Blues hemming their visitors in their own half. 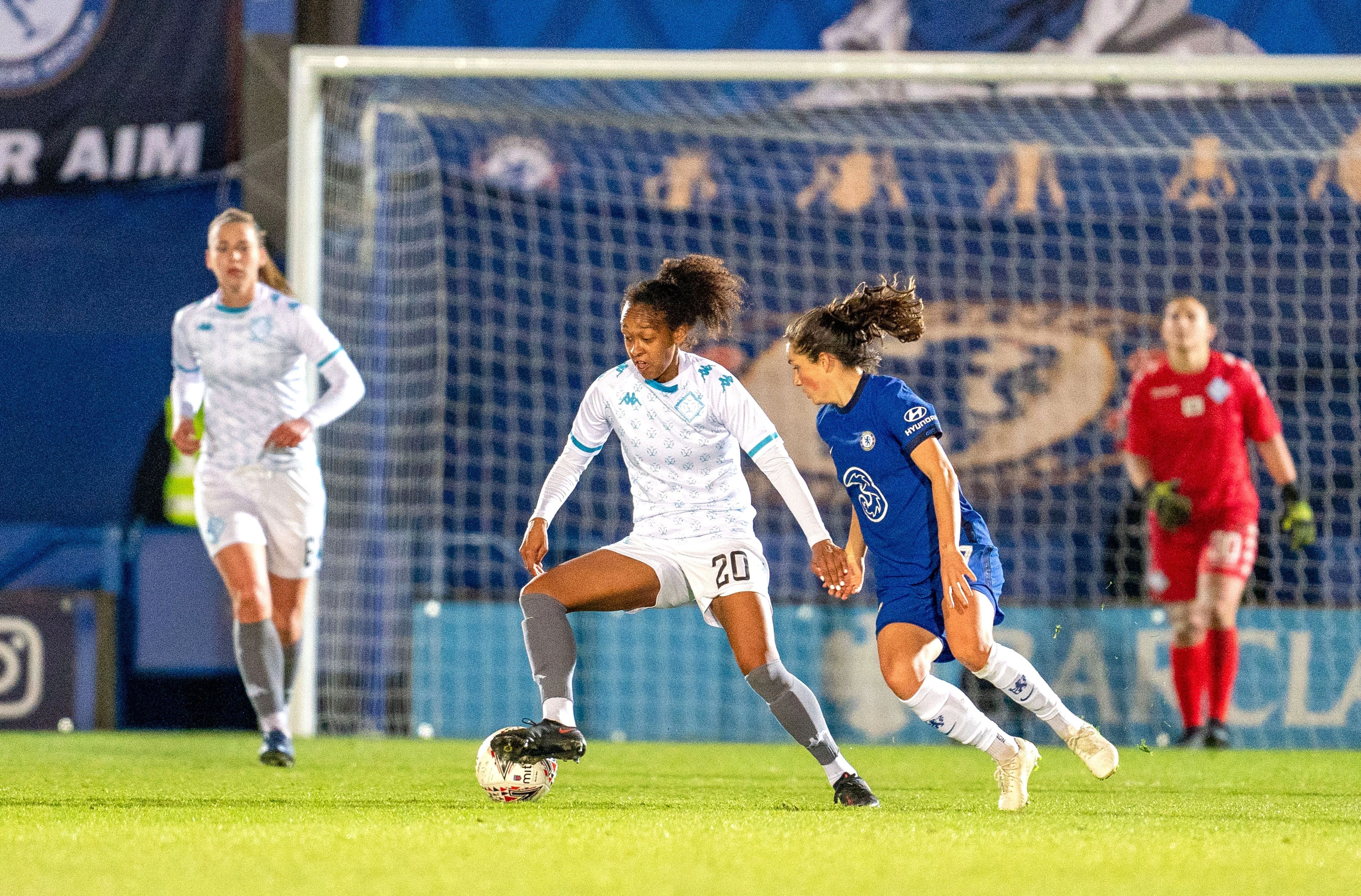 And they picked up a fourth goal with Drew Spence side-footing the ball into the net close to the 60th minute.

Melissa Phillips’ side had a fine opportunity to nab a consolation goal with Hannah Bennett’s header sailing narrowly over the crossbar.

And Spence wrapped the win up for the hosts guiding her second goal into the net following a neat cutback from substitute Beth England.

London City Lionesses will take on Liverpool in their final Championship game of the term. 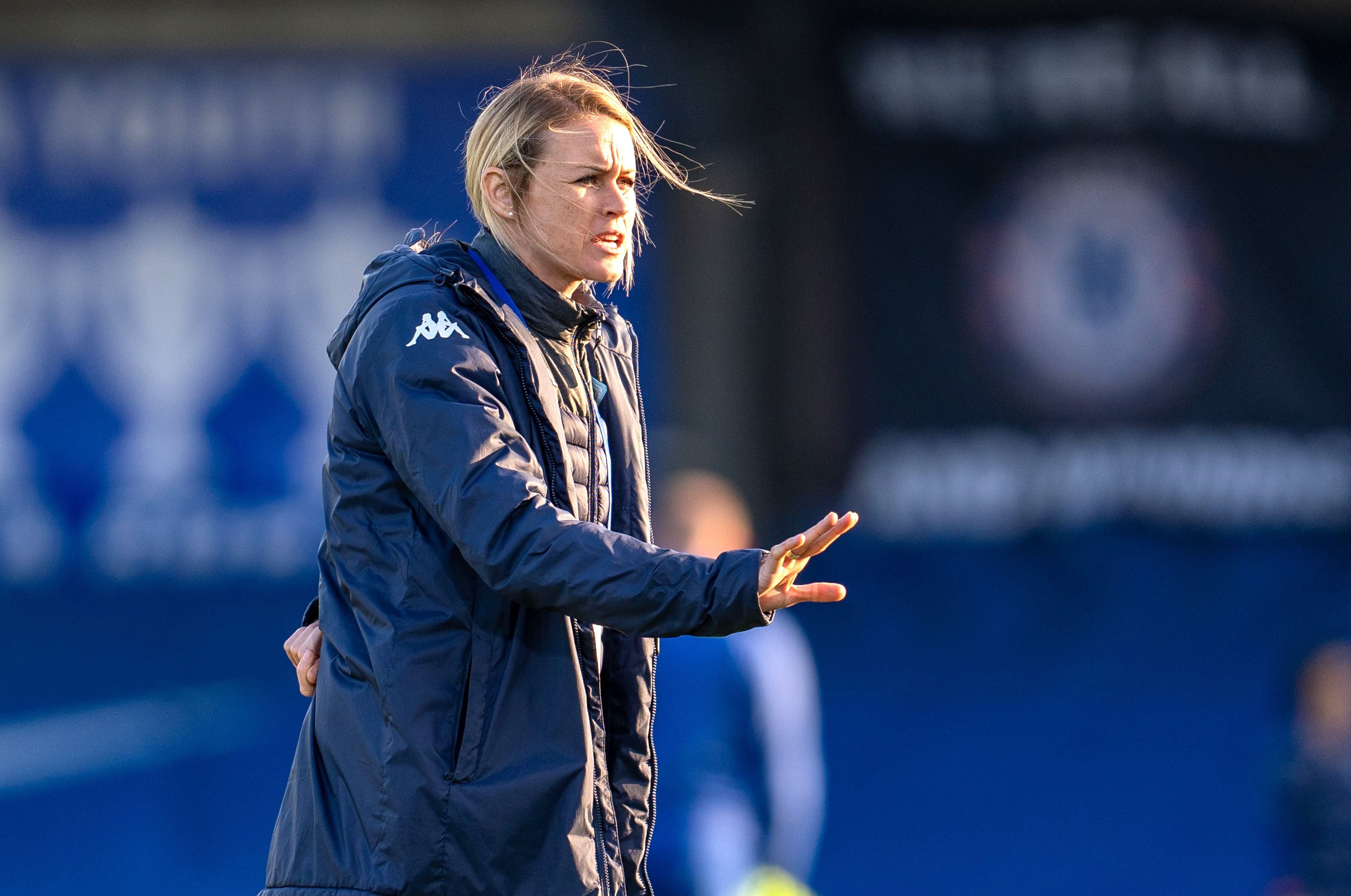 Melissa Phillips’ team will play Liverpool in their final Women’s Championship game of the seasonCredit: Rex

And Chelsea head to Man City for what could be the biggest game in the battle for this season’s WSL title.

Hayes says her champs will be preparing for their pivotal clash with the City as they would any other game.

The Blues gaffer added:  “We’ve been preparing for this moment all season. You can’t build things up, or play them down.

“You just have to treat every game as the same and I think I’ve been in this position so many times. I know what’s at stake. 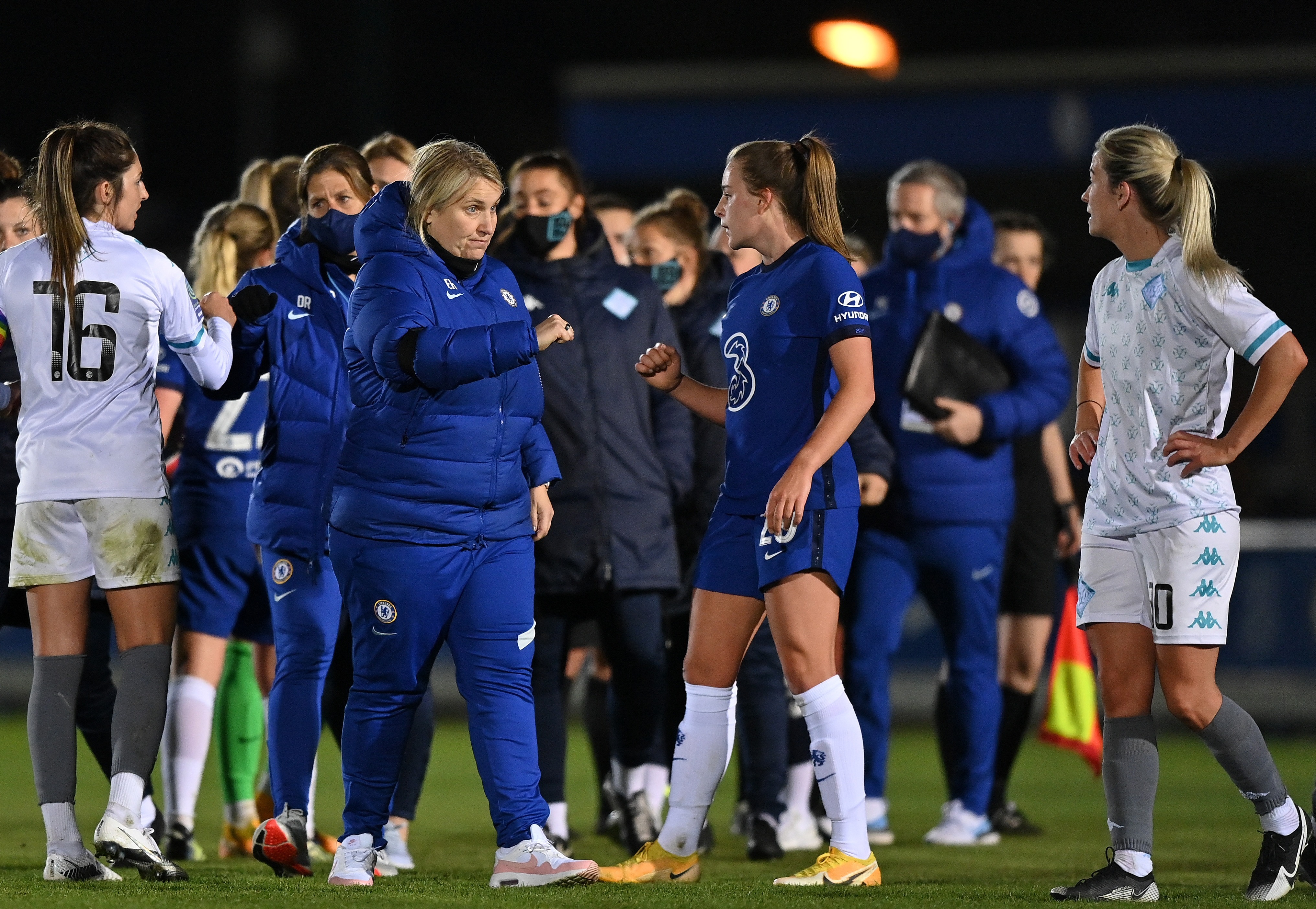 Emma Hayes and Chelsea will take on Manchester City next in the WSLCredit: Getty