And he hopes the 35-year-old Leicester legend will put pen-to- paper on a new, extended contract which will take him to the end of the 2023-24 campaign.

Rodgers hopes Vardy will sign a contract extension and insists the ‘appetite is still there’Credit: Getty 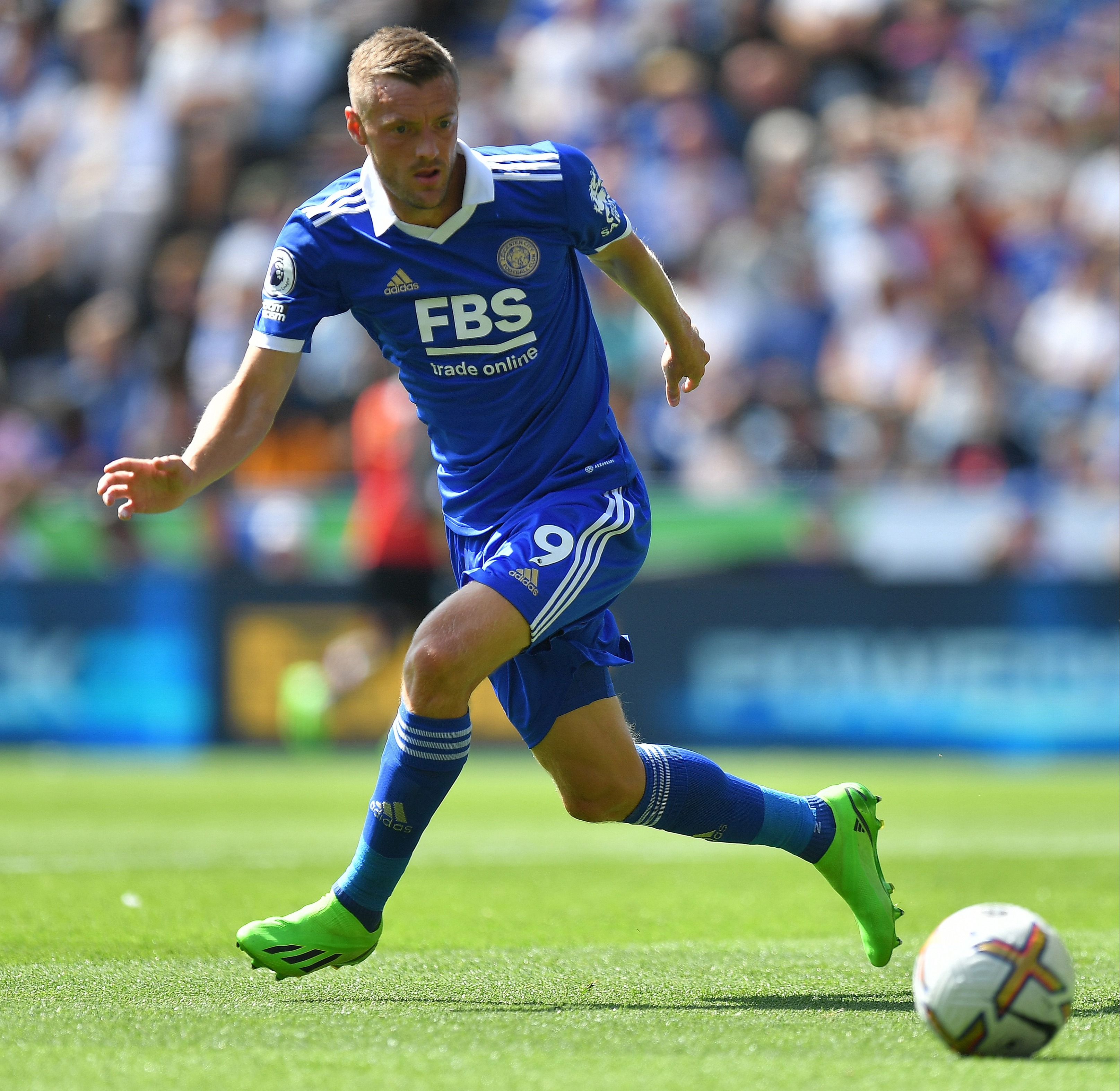 The Foxes boss added he will ‘not hesitate’ to start Vardy in the blazing heat on SaturdayCredit: Getty

Rodgers has never lost faith in the Foxes icon and believes the veteran striker remains his best bet to bag him 20 goals this season.

He said: “There have been talks but I’m not sure where it’s at right now. But Vards has looked fine and continues to work away. His appetite is still there.

“Jamie’s obviously got this season and we would like to extend that — it’s something the club and his representatives are looking at.”

Vardy had a lean afternoon during Leicester’s 2-2 draw at home to Brentford on Sunday and was rarely presented with a chance in front of goal.

But Rodgers believes the ageing hitman will be looking forward to adding to the 11 strikes in 14 games he already has against Saturday’s opponents Arsenal.

Vardy has scored more goals against the Gunners than any other club in his long career.

Temperatures are expected to soar into the high-30’s at the Emirates but Rodgers says he will not hesitate to start his old warhorse.

Drinks breaks will be brought in this weekend because of the heat and Rodgers added: “I just need to assess it, whether he plays the full 90 minutes, an hour, or 75 minutes.

“Of course, time unfortunately plays a part as you grow older in your career.

“But I don’t like to focus on it too much because in his measurements in pre-season Jamie showed up really, really well.

“He still looks strong, still looks fit and he’s really determined. He still has a real appetite and hunger to succeed which is important.

“We will just assess it as the season goes along.”